New McLaren executive director Zak Brown has yet to get his feet under the table at the McLaren Technology Centre – he doesn’t officially start until December – but he took time out to speak to mclaren.com about his first impressions of the organisation, his hopes for the future, and why he likes to sneak a listen to Hall & Oates’ Greatest Hits during a rare moment of down-time…

Zak, what are your first memories of McLaren?

“Definitely, it has to be when Ayrton drove for McLaren in 1988 and the fierce battle that he and Alain Prost had in ’88 and ’89 and beyond. They were fantastic memories, and it’s fantastic to see those cars on the boulevard at MTC.”

Were you an Alain man or an Ayrton man?

“I was an Ayrton man, and still am an Ayrton man! Obviously, I loved watching Alain as well – all world champions are fantastic – but Ayrton was my guy. My number-two closely behind would have to be Mika Hakkinen.

So what does the McLaren name mean to you?

“Winning, primarily. When you say McLaren, I think of the best; I think of attention to detail; perfectionism; technology; passion. It’s all wrapped into one. Ultimately, I think of McLaren as the ultimate world champions.”

When you sit behind your desk on your first day, what will be the first task on your job-list?

“First of all, I’ll probably go and look at the cars on the Boulevard for a little while before I actually get to my desk!

“Then, once I’m sat down, I’m just going to want to start learning, and meeting people: learning what’s been going on, understanding how things work. There’ll definitely be a moment of ‘drinking from the fire hose’, because the next season starts on a fixed date and I don’t have the luxury of taking as much time as I would like, but that’s all great.

“The role has got to be initially about learning, understanding and building relationships. Then, I can start to act on some of the things that I’ve seen and heard, and push through the different ways in which we can improve.”

You’re a racer; can you encapsulate what racing means to you?

“Racing has been my life for my whole life: everything I do is around racing and the automobile. I first moved to the UK in the early ’90s, I’ve been coming to England for 25 years, and I’ve lived here now for three years. My whole family is here – it’s our home.

“It’s an amazing situation to be in, and, as I was telling some of my friends, I’ve always been into Scalextric, and now I feel like I get to play with the big version. And to have the drivers that we have – world champion level – it’s just an unbelievable opportunity for someone who is a life-long racer and McLaren fan first and foremost. It’s just an unbelievable privilege.”

With your Formula 1 fan’s hat on, can you pick one grand prix that really sums up the character, essence and success of McLaren? Which one would you pick and why?

“That’s a really good question! I think I’d have to pick Monte-Carlo, because it’s recognised as one of the toughest tracks. It’s clearly the heart of the Formula 1 calendar – everybody knows Monaco – so it’s kinda like the world champion of grand prix tracks. It’s a lifestyle, it’s an event that’s tough to win, and it’s one that McLaren has won tons of times – led, of course, by Ayrton.” 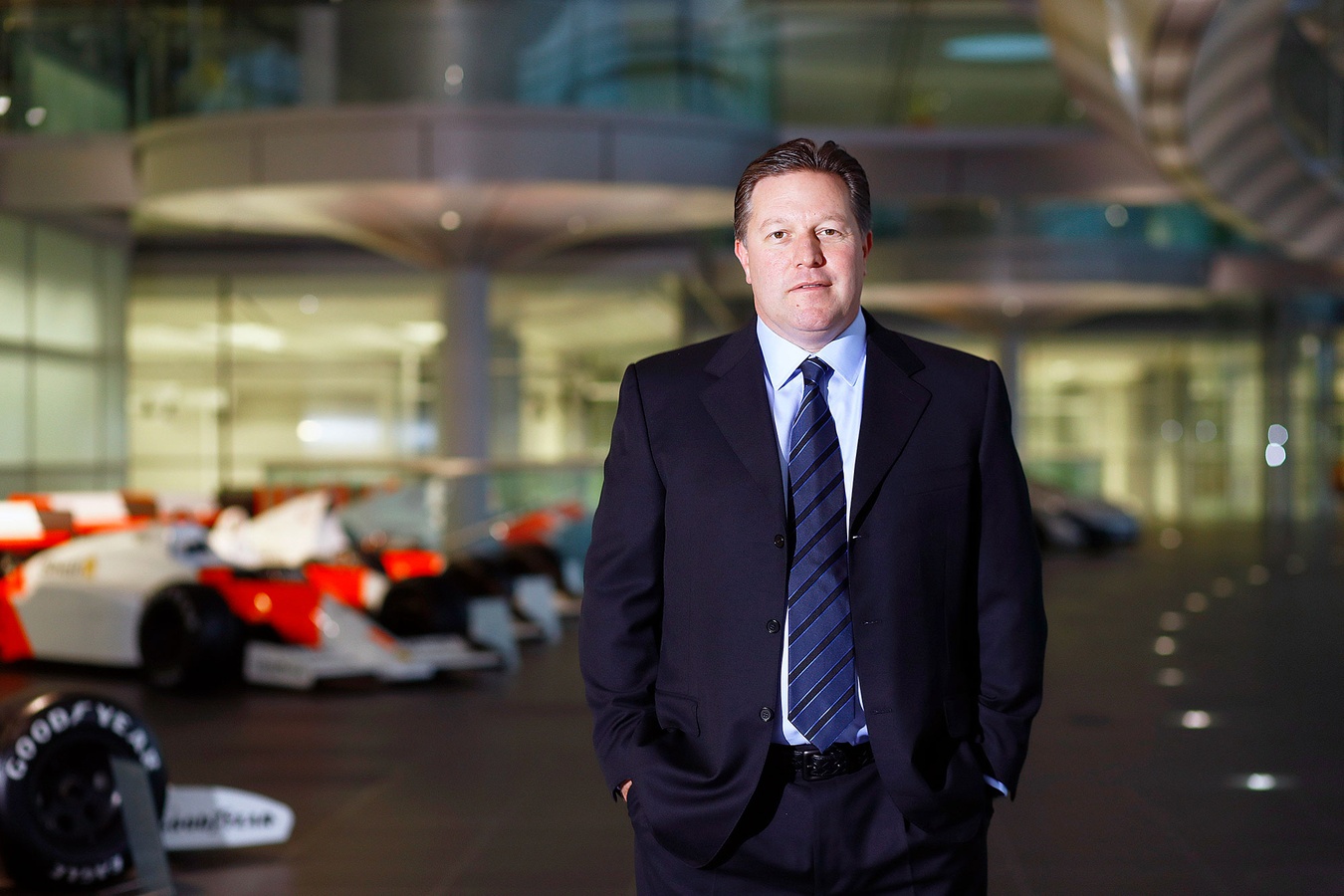 On a similar theme, can you pick one McLaren car that sums up what McLaren is and what it does?

“It’s pretty hard not to say the MP4/4! That car was the fastest race car that one could produce. I also have the privilege of owning Mika’s MP4/16 – so, whether every McLaren fan will agree with me that that’s the coolest car of all time or not, I’m very biased!”

Formula 1 in 2017 will introduce new regulations, including a new aero package and bigger ’80s-style tyres. How important do you think it is that Formula 1 is constantly trying to evolve and improve?

“I think it’s critical that we as McLaren and of course the entire industry really focus on our fan base – I’ve talked about that a lot over the years. If you have a big healthy fan base, everything else falls into place – the sponsors, the television, the merchandise and, ultimately, the economics that make the sport work.

“So that’s going to be critical for us, moving forward. I would like McLaren – just as we always have – to lead the way at it and continue to do that with a real emphasis on the commercial side. It’s not passed me by that we need a title partner, not only to help continue to build our brand, but also to economically make us go faster.”

What do you think about McLaren’s innovative three-driver line-up for 2017?

“Well, I think Fernando is the best race car driver in the world. I know that’s somewhat subjective, but I bet if you took a worldwide poll, he’d be right at the top – if not number-one – on most people’s lists. I have massive admiration for what I’ve seen him do on the track – he’s a great racer.

“Stoffel sent me a very nice message yesterday, and he’s clearly a future superstar. His debut race with us was very impressive, especially given the circumstances, the short notice he had before he was drafted in. He seems to really be a McLaren man.

I’m sure you’ll agree that McLaren has the most incredible, loyal and passionate fans. What message do you have for them?

“I want to hear from them! I want to hear what they love about McLaren, about what they’d like to see McLaren do. I think we’re all cheering for us to get to the front of the grid, and I really do pay attention to what the fans say: I read the blogs, I read the social media posts. We’re all in this for the fans, and McLaren needs to hear from our fans about what they want. Then we need to work really hard to deliver that for them.”

“My favourite movie has to be ‘Senna’. I’m a petrol-head, so I guess that’s a really boring answer, but I think it’s a spectacular movie. When I’m on an airplane, I tend to watch TV shows, like CNBC’s sporting specials, rather than movies. In terms of box-sets, I have to say [hidden camera show] ‘Impractical Jokers’ is the funniest show around. It’s a belter – pranky comedy, and really funny.”

“My favourite album would probably be by U2 or Elton John. Or Hall & Oates’ Greatest Hits. It’s a bit all over the place.”

“A nice glass of red wine.”