The Formula One Teams’ Association (FOTA) has announced today that Teams across the F1 paddock have reduced their carbon emissions by 7%.

The carbon reduction was achieved over a two-year period from 2009 to 2011 by F1 teams including Caterham, Lotus, Marussia, Mercedes AMG Petronas, Sahara Force India, Sauber, Vodafone McLaren Mercedes and Williams. It follows an externally-audited exercise to set a target to reduce emissions from a baseline of 2009.

FOTA tracked the Teams’ performance against the target, and an audit, conducted by established environmental research analysis organisation Trucost, found that fuel efficiency led to a 24% cut in carbon emissions from Formula One cars. These advances highlight the potential to accelerate carbon reductions across the automotive industry and present further evidence of Formula One’s role in providing an important platform for the development of new technologies.

Turbocharging, fuel injection, variable valve timing and kinetic energy recovery systems [KERS] have all been developed within Formula One. The Teams will continue to invest in technologies to help address resource and environmental challenges.

Trucost’s analysis also identified a 14% fall in emissions from electricity use, following Team-wide efforts to reduce wind tunnel use in race testing, and a 14% reduction in emissions linked to purchases of parts and raw materials.

Key areas of emissions growth since 2009 were operational fuel use, business travel and freight, which directly resulted from an increase in the number of races in the calendar and distances travelled.

Martin Whitmarsh, Chairman of FOTA said: “We are delighted to have achieved such significant reductions in our carbon emissions at such an early stage on our journey. With Trucost’s assistance, we have implemented robust systems to manage the carbon emissions of the Teams and identify areas for further emissions reductions. We will continue our focus on fuel efficiency and are also investigating opportunities to shift towards more carbon-efficient freight transport modes. We are delighted that the FIA Institute has launched a global environmental accreditation programme, which underscores the commitment of the sport to taking positive action on sustainability.”

Richard Mattison, Chief Executive, Trucost said, “By measuring, disclosing and reducing their operational and supply chain carbon emissions, the Formula One Teams lead international sports federations in the carbon race. The innovations in fuel efficiency that the teams have achieved are an important development for the sport and the wider automotive industry.”

The full FOTA Environmental Report can be viewed here: http://www.fota.co/press-article/fota-carbon-emissions-reduction-programme-2012/ 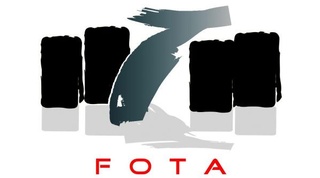