Alan Henry, who has died after a long illness on March 3 2016, was one of motorsport journalism's true original titans.

His was a love for the sport that could never be swayed. He was drawn from his job as a clerk at the local bank, first to Brands Hatch, where he volunteered as a marshal, then, as his written submissions began to earn him a living, to a desk at the weekly Motoring News newspaper (now renamed Motorsport News). In the early 1970s, he would quickly become its illustrious and long-serving Grand Prix editor.

In those days - along with his colleagues and lifelong friends Nigel Roebuck, Maurice Hamilton and the late Eoin Young, who had been Bruce McLaren's right-hand man before turning his hand to journalism - Alan, or AH to his friends, helped refine the way in which Formula 1 was reported, providing a depth, detail and character that had never existed before. And he did it at a time when few grands prix were broadcast on TV, and the weekly specialist publications carried enormous influence, their correspondents almost wholly responsible for the portrayal of the sport. It was a burden they carried with great responsibility - their reports of the day were not only hugely long, but also they were ripe with flair and colour, enormous technical detail, and a sheer depth and breadth that will remain for ever unmatched.

Between them,  Alan and his closest colleagues virtually single-handedly defined the reputations of the likes of - among others - Niki Lauda, James Hunt, Mario Andretti and Gilles Villeneuve. And it is a great testament to their work that our understanding of such figures, even today, has been largely shaped by their writing.

Alan's lifelong love for Formula 1 always shone through in his work: while sometimes despairing for the sanity of the sport's leadership and management, he was rarely negative - preferring instead a withering putdown or a bemused joke with friends in the paddock than an opportunity to snipe or criticise. His copy always reminded one that he was a man in love with Formula 1, but who recognised its shortcomings and campaigned passionately for its improvement.

His writing, good humour and loyalty earned him many lifelong friends - he was never more than a phone call away from the likes of Bernie Ecclestone, Frank Williams or Jackie Stewart, and he counted Niki Lauda and Ron Dennis as particularly close professional acquaintances.

He was a long-time editor of the  Autocourse annual and the writer of more than 50 books on motorsport, and his work was widely read and hugely influential. His column and reports for Autocar and his later work for the Guardian and F1 Racing were imbued with the experience, insight and authority garnered from four decades' tireless work. By the time he chose to reduce his travelling commitments in the mid-2000s, he had inspired and fostered an entirely new generation of motorsport writer. Enthusiastic, generous and selfless, he always helped younger journalists: never afraid to share his knowledge, he was equally keen to gather or impart some unprintable piece of paddock nonsense, the result of which would cause him to rock mirthfully, his eyes knotted tight as he quietly shook with laughter.

Towards the end of his life, the fortnightly burden of grand prix travel no longer upon his shoulders, he produced a fine series of blog columns for McLaren.com, the Formula 1 team for which he felt the greatest affection and affiliation within the F1 paddock.

In his final years, he bravely and quietly battled his illness with typically stoical courage and humour, but he was always an enthusiastic and welcome visitor to the McLaren Technology Centre, where he would meet old friends, tell tall tales and hanker for all the latest gossip. 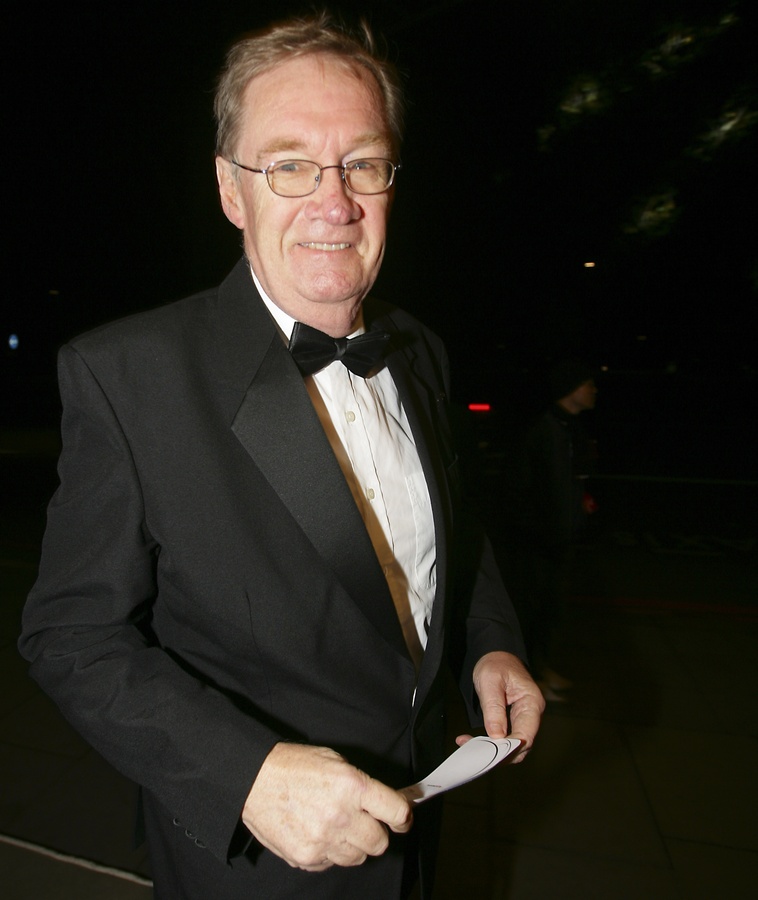 On the wall of his room at the nursing home in which he spent his final weeks, he had hung two pictures: a portrait of his granddaughter and a photograph of a McLaren Formula 1 car.

To his wife and family, all at McLaren offer their deepest condolences - we will never forget the man whose words helped write our history, and whose passion, loyalty and friendship could never be doubted.

Journey into 2016 with McLaren’s partners