From the archives: Mika on the demands of winter testing

From the archives: Mika on the demands of winter testing

In a series of features written exlusively for McLaren.com, Mika Hakkinen reflects on his experiences as a championship winning F1 driver. Here, in the build up to the 2015 Formula 1 season, Mika discusses the demands of pre-season testing...

So… we are now well into the pre-season test programme, which is always one of the most hectic and important periods of the Formula 1 year.

When I kicked off my Formula 1 career, with Lotus in 1991, testing was already a significant aspect of a team’s workload. But by the end of my career, by which time I had won 20 Grands Prix and two drivers’ world championships for McLaren-Mercedes, it had become a truly enormous part of our professional lives.

We won those two world drivers’ championships in consecutive seasons, 1998 and 1999, and we took the constructors’ world championship in the first of those years too. But by the end of the second of those triumphant and memorable campaigns, I was exhausted. So was my team-mate, David Coulthard, who had driven so well and so supportively alongside me, finishing third in the drivers’ world championship in 1998 and fourth in 1999.

“Listen, Ron [Dennis],” I said some time in the autumn of 1999, “it’s really important that David and I get a good rest this winter. We need to recharge our batteries. We’ve got a hell of a lot of marketing and PR work to do, which is very important, but we’re going to need some help with testing in the new year, or we’re going to be at risk of burn-out.”

Ron has always been a smart guy, and he could tell that what I was saying was true. That being the case, he took what was then regarded (and reported by the press) as a revolutionary step: he hired Olivier Panis as a full-time test driver for 2000, despite the fact that Olivier was by that time a Grand Prix winner in his own right (for Ligier-Mugen-Honda at Monaco in 1996). 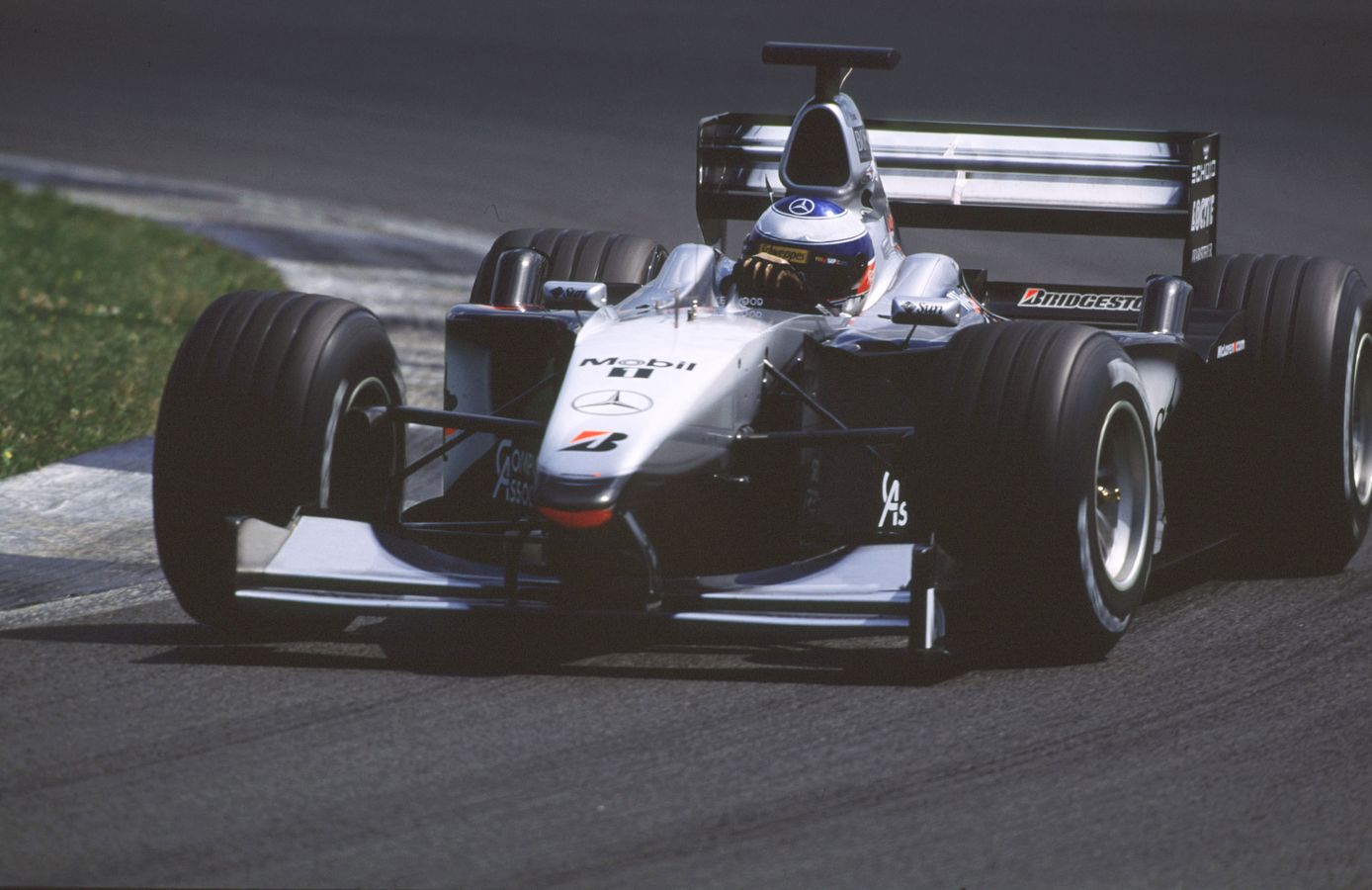 Olive, as we all called Olivier, always diligent and invariably quick, did a superb job in 2000. The result was that he was offered a race drive by BAR for 2001, so Ron had to look for a replacement. He found an excellent one in Alex Wurz, who, like Olive, was already a fully fledged Formula 1 ace, having scored points and podium finishes for Benetton from 1997 onwards.

Alex stayed with the McLaren team long after my retirement, but, in my last year, 2001, he was every bit as effective as Olive had been, shouldering an enormous amount of testing work that would otherwise have been too much for David and me to do unaided.

Alex was a McLaren test driver from 2001 to 2006, before moving to Williams for 2007 and returning to a race drive for Frank’s boys in 2008, in Canada showing himself to be good enough to finish on the podium in a car that was never capable of winning Grands Prix. But, long before then, by 2003 in fact, the burdens of testing had grown more onerous still, and Ron had hired a second test driver to work alongside Alex. The excellent Pedro de la Rosa was Ron’s choice, and Pedro tested for McLaren from 2003 to 2011, save for 2010, in which year he raced for Sauber. 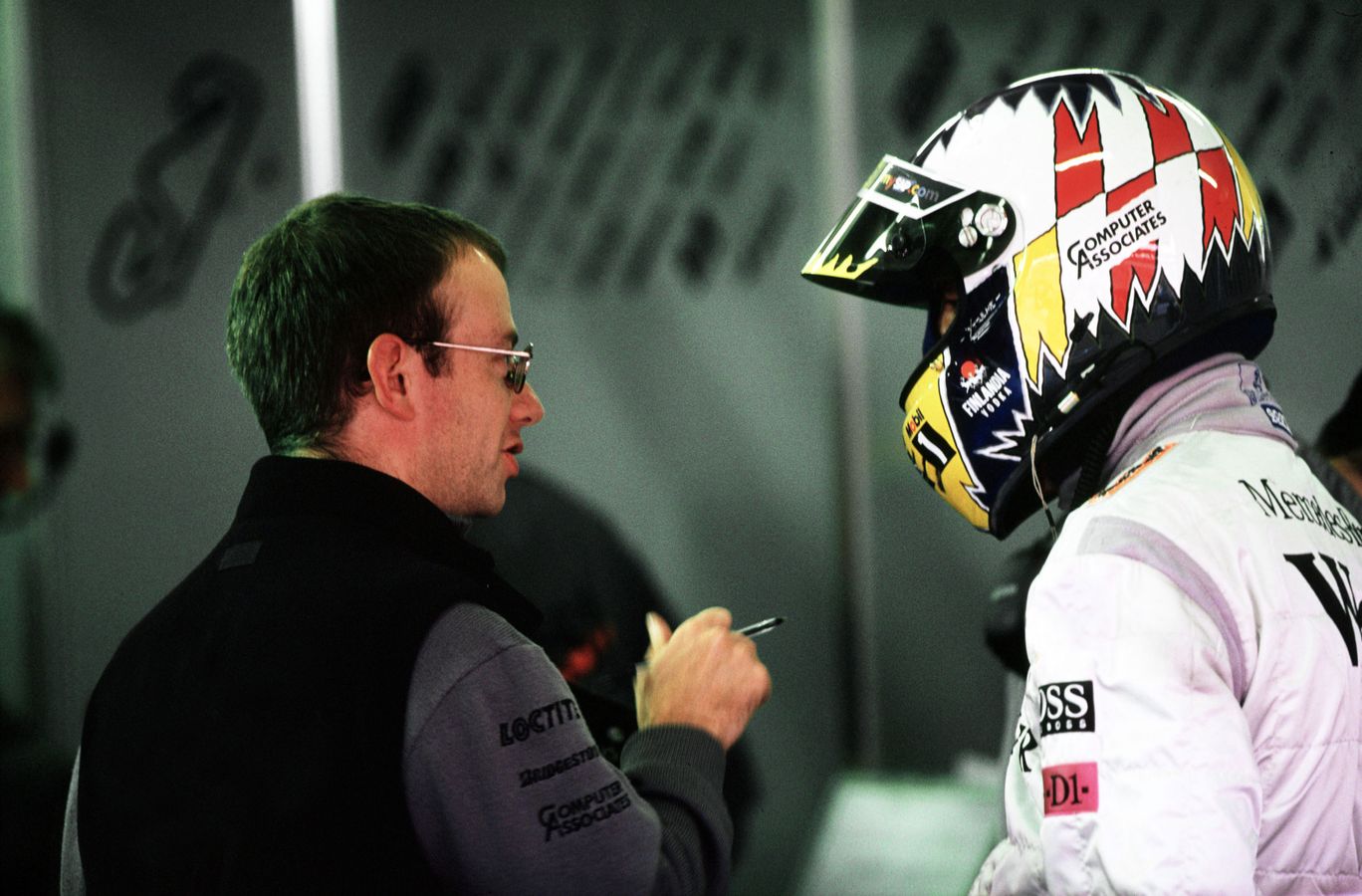 However, to be clear, I always did my fair share of testing as well. In fact, although the likes of Olive, Wurzy and Pedro were supremely capable testers, every driver always has his own inimitable style, and as a result he always wants to tailor his car’s set-up in a bespoke way. The bulk of the general reliability testing, and the trialling of new aero packages, for example, would be done and done expertly by our test drivers, but David and I would always want to do our own fine-tuning testing ourselves, so as to tailor crucial aspects of our cars’ set-ups – things like suspension settings and so on – to our own way of doing things.

In those days the big teams had their own separate test teams – engineers and mechanics – and they were always fantastic guys. They were ambitious guys, too, because they all aspired to impress in testing and thereafter be promoted to their respective teams’ race operations. That being the case, there was never any question of their demonstrating less than 100 per cent commitment on those long and arduous days and nights in January and February: no, believe me, those guys were always flat-out.

Sometimes, believe it or not, the McLaren team would be testing in two separate locations simultaneously – for example at Jerez and at Valencia (the old bike circuit, not the street circuit that was used for Grands Prix from 2008 to 2012) – and that really stretched the team’s organisational and logistical abilities. But I was always really impressed by how well such a complex set of tasks was managed: yes, it was expensive, in terms of both money and manpower, but Ron always ensured that we spent wisely and efficiently. I was really proud to be a part of it all, to be honest.

I always regarded Silverstone and Barcelona as the best two circuits on which to test a Formula 1 car. Why? Well, let me begin with Silverstone. It had – and still has, even though its layout has changed since my day – a really good mix of fast, medium and slow corners, many of them a little bumpy. That combination always provided a brilliant test of a Formula 1 car’s aero capability as well as giving its suspension a thorough work-out.

I always loved Copse, in particular: a near-flat top-gear right-hand flick, which you approached at about 300km/h (186mph), and tackled with little more than a light upward flexing of your right toe: a small throttle lift, with no braking at all.

By contrast, the Luffield complex, as was, really used to show up your car’s front-end deficiencies. In other words, to be quick there, you needed a good front end and a lot of traction.

And then, because it was and is so flat and unprotected, Silverstone was and is always very windy. Again, the strong head-winds, tail-winds and, in particular, angled cross-winds tended to play merry hell with your car’s aero configuration; so you had to work hard to arrive at a set-up that counteracted that. 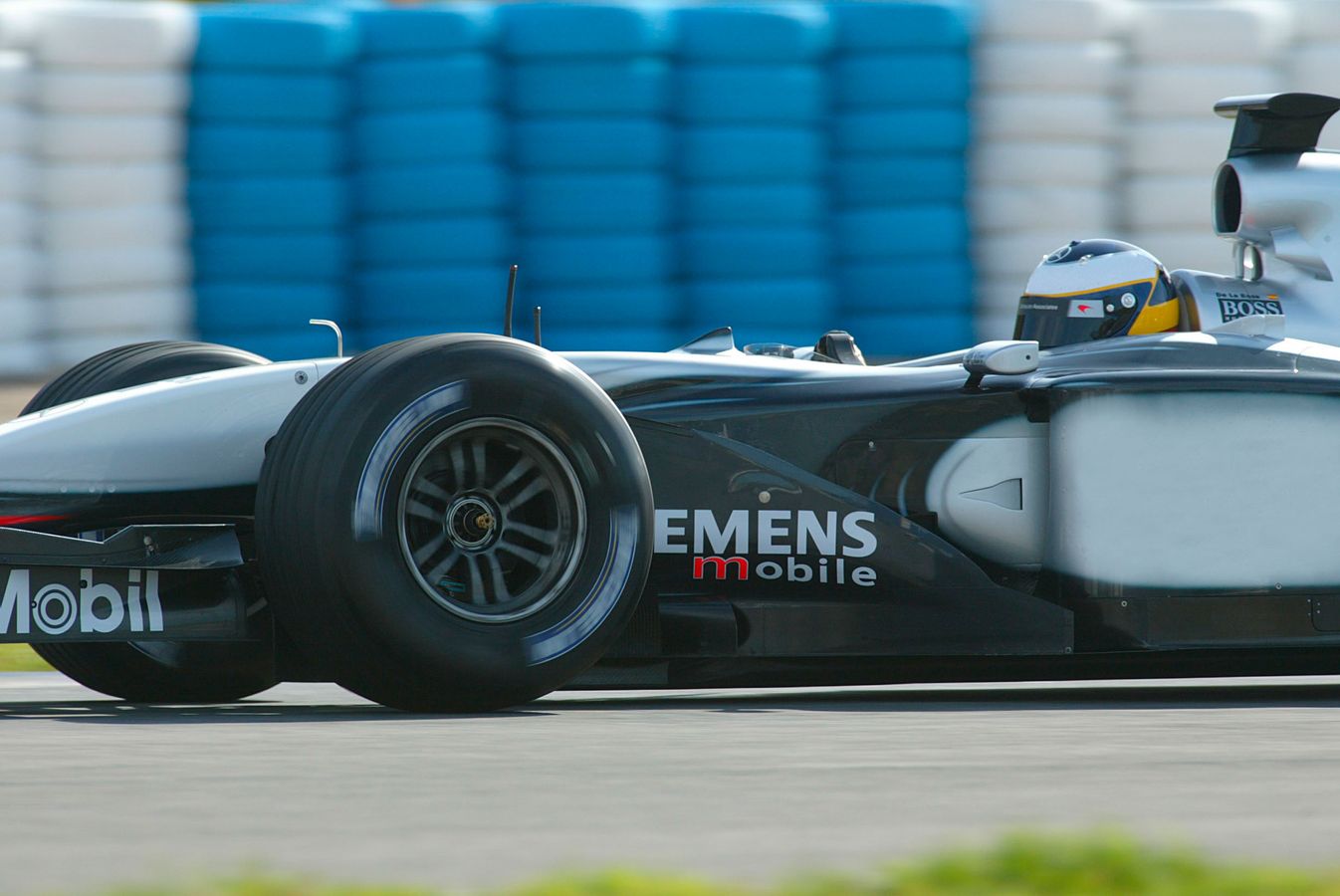 And, last but not least, a four-day Silverstone test would usually offer at least one wet day – again very useful for testing.

As I say, Silverstone was and is a magnificent test circuit as well as being one of the best race circuits of the world. Winning the British Grand Prix there in 2001, my penultimate Grand Prix victory, beating my great rivals Michael Schumacher and Ferrari by 34 seconds, was one of the most satisfying afternoons of my career.

As for the restaurants in the local area, maybe they are not the very best I have eaten at in my life, but I grew to love fish ’n’ chips!

Barcelona was and is very different. I would describe it as an aerodynamicist’s paradise. Its many long, fast, sweeping turns meant that, to be quick, your car required enormous downforce and superb handling balance: exactly the combination that makes a great Formula 1 car.

Or, to put it another way, the best years of my Formula 1 career, in terms of the competitiveness of my McLaren car, were 1998, 1999 and 2000. And I won the Spanish Grand Prix, at Barcelona, in each of those years, which neatly proves my point.