The sure-fire signs you're a fanatic

The sure-fire signs you're a fanatic

Ever wondered if you qualify as an F1 fanatic? The Fifth Driver offers some sure-fire signs to show if you've been bitten by the F1 bug...

1. You say ‘for sure’ instead of ‘yes’ – even when you come from Southend not Sao Paulo

Of course, there’s no reason to use it – but that’s not the point, it’s become a key part of an F1 driver’s lexicon, and there’s no way you’re missing out. Do use: to describe something hazy, vague or inconsequential: ‘For sure, the fans at Monza are great’ or ‘The guys in the garage are doing a fantastic job, for sure.’ Don’t use: when you actually want to express certainty – ie: ‘We can win today, for sure.’ It’s one of F1’s greatest ironies that ‘for sure’ doesn’t actually mean ‘for sure.’ For sure!

You slow to a halt, carefully positioning your front wheels on the lip of the white painted line. For a few, brief seconds, there’s a chance to relax. Then the red lights turn to amber, you snick it into first gear, your body surging with adrenaline, your mind racing. Suddenly, the amber turns to green, and… well, you just drive away safely and normally – feeling secretly delighted that you’ve managed to convert pole position into a safe lead at the first corner, oh yeah! 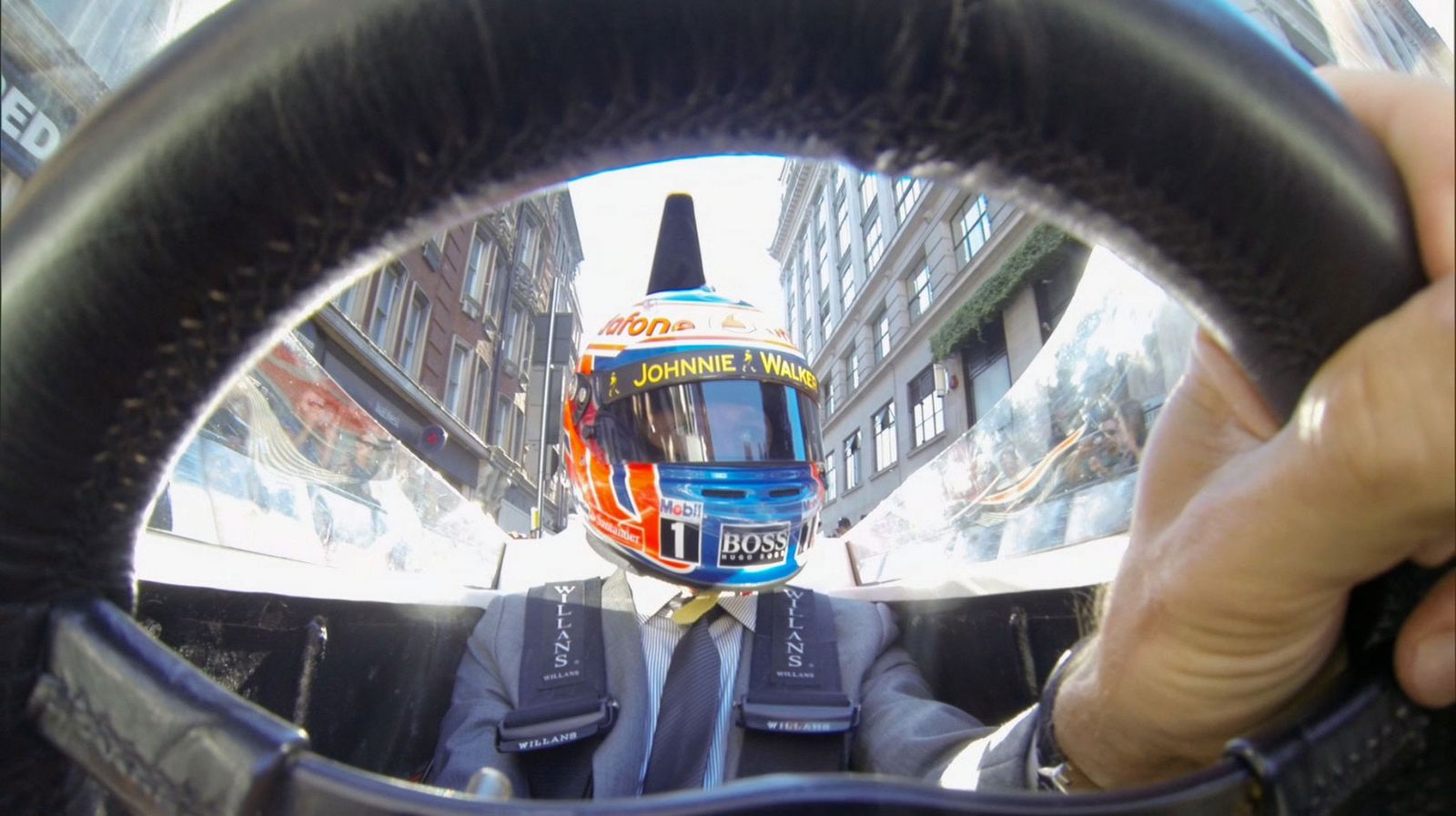 3. You analyse the handling characteristics of your supermarket shopping trolley

For most people, it’s just a dodgy wheel. But not for you. Oh no, it’s either terminal understeer, or, even worse, twitchy oversteer. What’s more, you’ll actually iron out the handling imbalances as you go about your shop, hurling an understeery cart into the corners to make the front-end stick, or applying a feathery touch to counter the oversteer as it skitters hairily into the dairy aisle. You doubt Ronnie Peterson could have done it any better…

4. Even a walk down the street requires imaginary gearshifts

“Into the newsagents, bit tight around the greetings cards, drop it down into second. Parp, parp… don’t want wheelspin, gently onto the throttle: paaaaarp. Out onto the high street, up into third, fourth, fifth. Sixth! Waaaah, waaaah, waaaahhh! Argh, pushchair! Vrum! Vruuum! Vruu-uuum!! Down into third, heavy braking, don’t lose the rear-end… Hard on the throttle again. Tyres are cold. Mmm, bet this is just like Monaco…”

5. Fleetwood Mac's 'The Chain' is the soundtrack to your life

Is there life without those inimitable 10 notes? Dum-da-da-dun-da-da-dur-dur-dun-dur. Nope, not that we know of…

6. When the car you’ve been ‘racing’ turns into a side street, and you pretend it’s ‘spun off’!

Yep, Murray Walker’s got inside your head: “And he’s climbing ALL OVER the back of the green hatchback. There’s absolu-u-u-tely no way past. They both turn left. He’s looking for… AND HE’S LOST IT!!! THE GREEN HATCHBACK HAS SPUN! He’s OUT! Out of the Spanish Grand Prix... And that can change and WILL change the outcome of this race!!” Oh yes, that showed him…

7. You think you’re doing it for real when you play F1 on your console

Everyone’s played F1 on their consoles. But you’re different: you live it. Five-lap race? Ha, they’re for wimps! No, you set aside five hours for no less than a FULL GRAND PRIX WEEKEND SIMULATION. So you spend Friday practice cluelessly tweaking the set-up (only for every change to make the car worse). And then you try and plough through a full race distance, only to crash out again and again on lap three. Best leave it to the professionals, eh?

Thinking outside the box