Stoffel Vandoorne has had an incredible year. He didn’t just win the GP2 Championship in only his second season in the series, he thoroughly dominated it, taking the title in spectacular style with two races to spare.

Following his Sochi spectacular, we caught up with the newly crowned GP2 World Champion, and McLaren test and reserve driver for 2016, for an exclusive Q&A about his ‘unStoffable’ season… 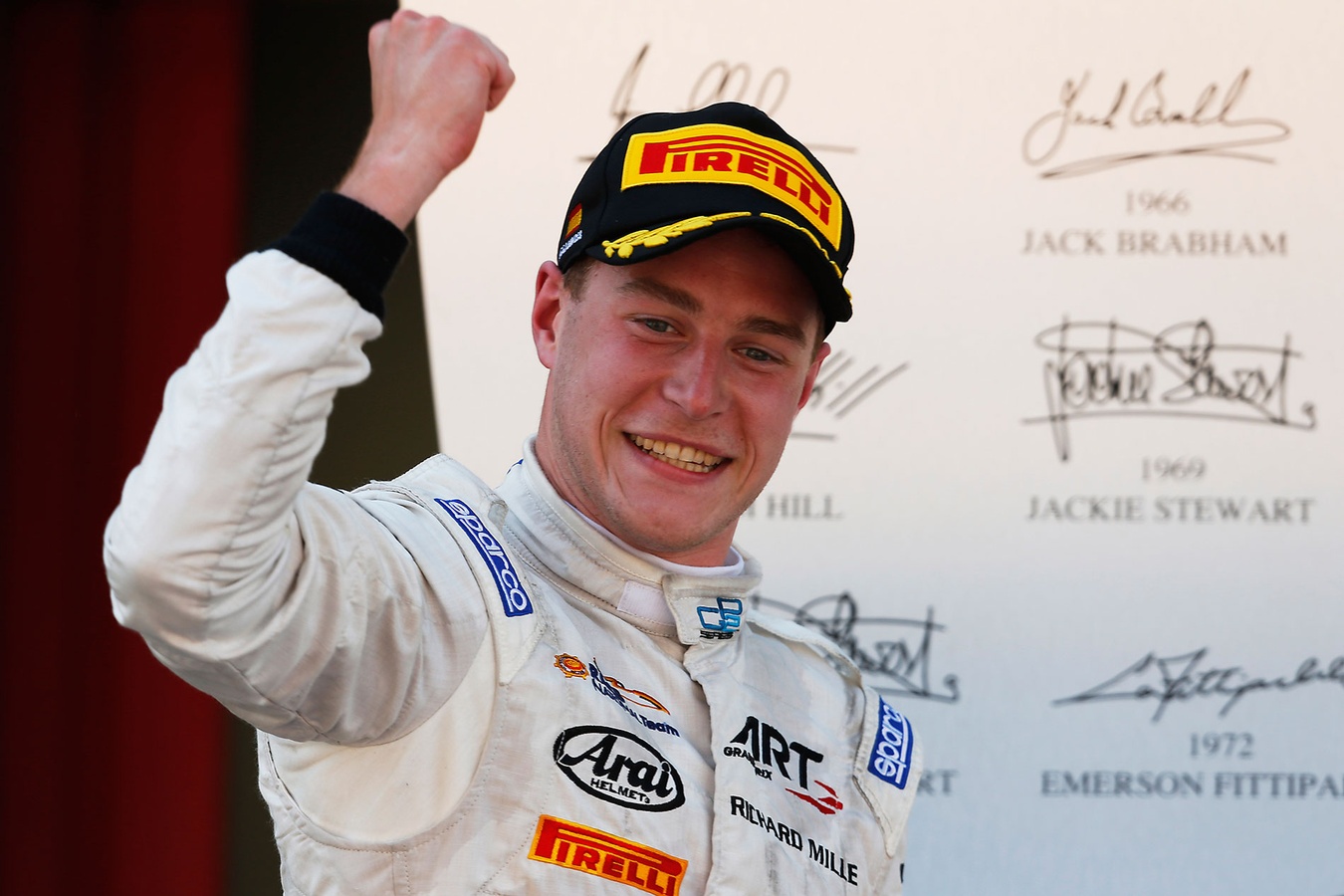 Q: As a young driver, when you’re up and coming and enter a championship for a second year, and it’s win or bust, clearly you’re under quite a lot of pressure. Did you feel that pressure during the season and did you surprise yourself with the manner of your domination?

Stoffel: It’s definitely a different position to be in when you’re clearly the favourite from the start of the season. If it brought some pressure it’s difficult to say – obviously there’s always a bit of pressure when you race anyway, so I think I’d call it extra pressure but positive extra pressure. I knew exactly from the beginning what my goal was, what I had to do: I had to dominate the season, and I’ve done that. I’m happy I’ve achieved that. I’ve always had great speed over the past few years, and I’ve won some very good championships as well, but this year is a clear standout, because it’s been so good from the beginning. There hasn’t been any moment when it’s gone really wrong. There are always some races you can improve on, obviously, but I feel this year I’ve managed to pull everything together pretty well.

Q: Do you feel you’ve improved this season as a driver?

Stoffel: Yeah, definitely. I think I understood much more how to put the GP2 championship together, when to take risks and when not to take risks. As you know, the second race in GP2 is always the reverse grid race, so it makes things a little bit more tricky to start from further back down the grid. That’s been my biggest improvement this year. Last year, I was quite strong in the first races, but I never really managed to record good enough results in the reverse-grid races. This year I’ve managed to be on the podium in almost all the races during most weekends, so I think that’s been my biggest improvement this year.

Q: How many championships have you won in your career?

Q: And did the previous two championships help you at all with handling the pressure this year?

Stoffel: I think winning a championship always helps with your future races. I’ve always been used to fighting for championships though, but yes it definitely helps.

Q: Did you win any karting championships?

Stoffel: Yeah I did. I’ve won four I think in my career. I won a Belgian karting championship too, unless I’ve missed one!

Q: Would you rather be racing next year than be on the sidelines?

Stoffel: I definitely want to race something next year, but what it will be we don’t know yet. There’s definitely some options though, and we’re talking about them. I’m going to be test and reserve driver at McLaren anyway, which is a good position to be in. Obviously I want to race something next year as well, to say sharp, to stay fit, and to stay focused, so we’ll see what comes out. And if you stay sharp, fit and focused, then if any opportunity arises in F1 you’re 100 percent ready to jump in. 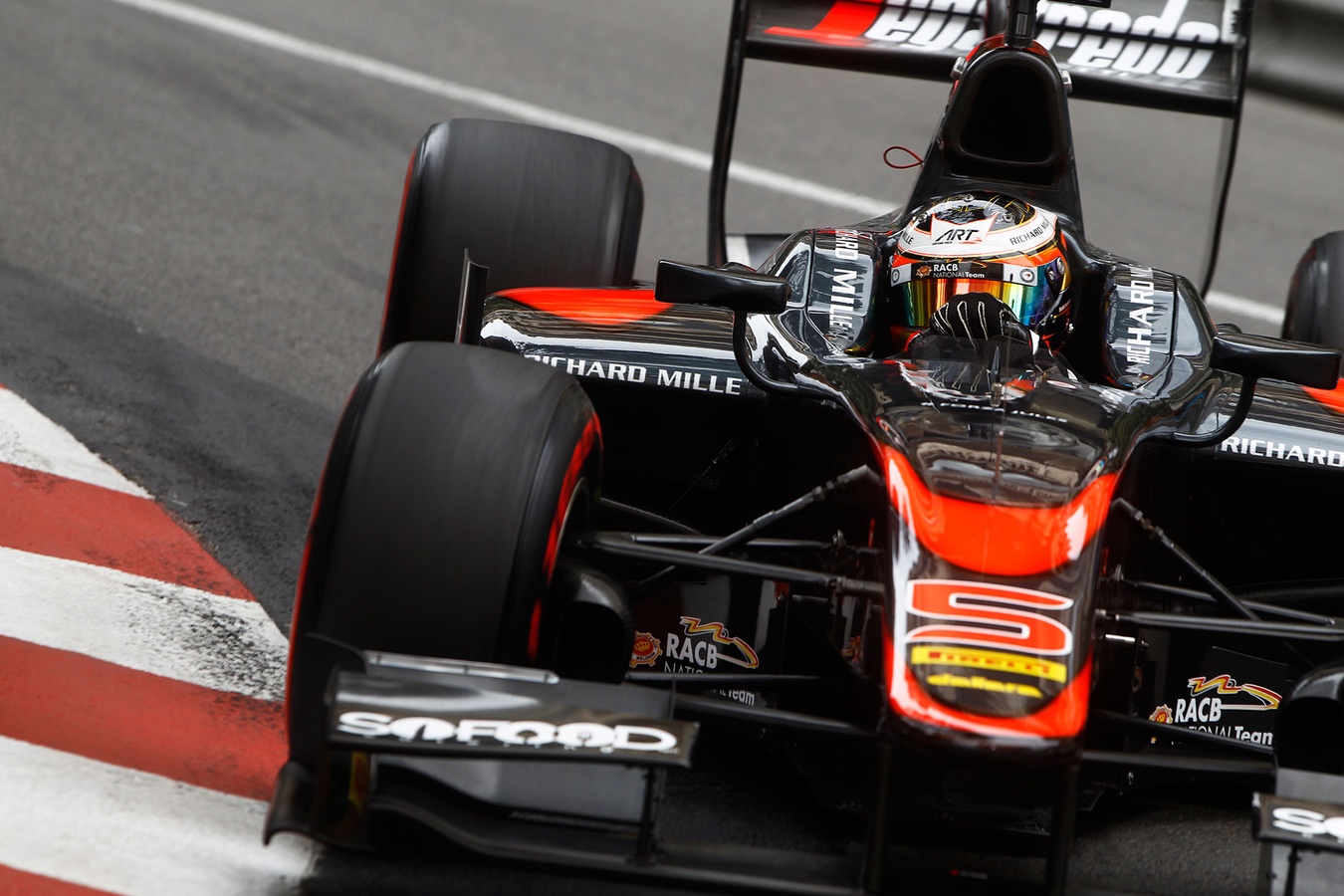 Q: Does that mean racing outside of Europe at all? For example, in Japan?

Stoffel: There are definitely some possibilities, and I’ll be doing a Super Formula test in Japan soon. As McLaren’s test and reserve driver I’ll be at all the F1 races, and I’ll be in the F1 paddock, so I should be in a good position anyway.

Q: Would you do Super Formula, where there are no clashing races with F1

Stoffel: The Super Formula car is definitely a good car – it’s at least as quick as a GP2 car or maybe even quicker. As I say, as I’m McLaren’s test and reserve driver next year, but I want to keep racing alongside that, and I think Super Formula is one of the options, but it’s not decided yet whether I’m going to do it or not.

Q: With the F1 rule changes happening in 2017, and testing for that, and with a high-downforce car like a Super Formula car, do you think doing it could actually put you in an optimal position to prepare for the new F1 cars?

Stoffel: It could do, yeah. The Super Formula cars are really quick. Okay, you don’t have that much horsepower, but the cornering speeds are very impressive indeed. For sure they’re quicker around the corners than F1 cars nowadays. As for 2017, at the moment I don’t know how much 2017-focused testing there will be in 2016 – that’s going to depend on how the rules are written. In recent years it’s been very difficult for young drivers to get a lot of mileage in an F1 car, so I hope we get more in-season testing next year.

Q: In your role as test and development driver at McLaren this year, what have you learned about the shape of the F1 race weekend, and about being part of thee McLaren team?

Stoffel: This is my fourth season at McLaren now, actually. I was enrolled on McLaren’s Young Driver Programme in 2013, I was McLaren’s reserve driver last year, and I was McLaren’s test and development driver this year, so I know all the people around the place already. I know the race team particularly well, and I’m very close to many of them, and to many people at the factory as well. I’ve spent a lot of time there, in the simulator, so I really feel very involved in the team, and we have a very good relationship together. I spend time in the simulator before every race weekend, to try and get a good baseline set-up ready, and then after the weekend too.

Q: What has been your impression of going from GP2 to F1 and the differences between the two series?

Stoffel: I found it quite a normal step, to be honest. The logical step after GP2 is always F1. But, with the amount of F1 testing I do in the McLaren simulator, I already feel very used to everything at McLaren – the steering wheel, all the buttons, everything.

Q: What’s your relationship like with the drivers? Kevin [Magnussen] always got on very well with Jenson [Button], obviously from a year racing beside him. Have you got a good relationship with Jenson and Fernando [Alonso]?

Q: It’s been a long time since the sport has had a successful Belgian driver in motor racing. How do you feel the attitude towards racing has changed in Belgium, with you doing so well?

Stoffel: Definitely this year it’s been a big step up with me winning GP2. I feel like I’ve had a lot more support during this season, and it’s good to see that. It would be good for Belgium to have another F1 driver. It’s been a bit of a while since we’ve had a very successful one – Jacky Ickx is the obvious example [who raced in F1 from 1967 to 1979, winning eight GPs]. My dream is to be in F1 and be successful. Until now, every championship I’ve been in, I’ve been pretty successful, so I feel I can do that in F1 as well.

Q: You came into racing almost by accident. Your father was an architect, so you didn’t have a longstanding family interest in racing, and you didn’t get taken to races as a kid, but you say you’ve always been interested in F1. When did you actually first become aware of F1? 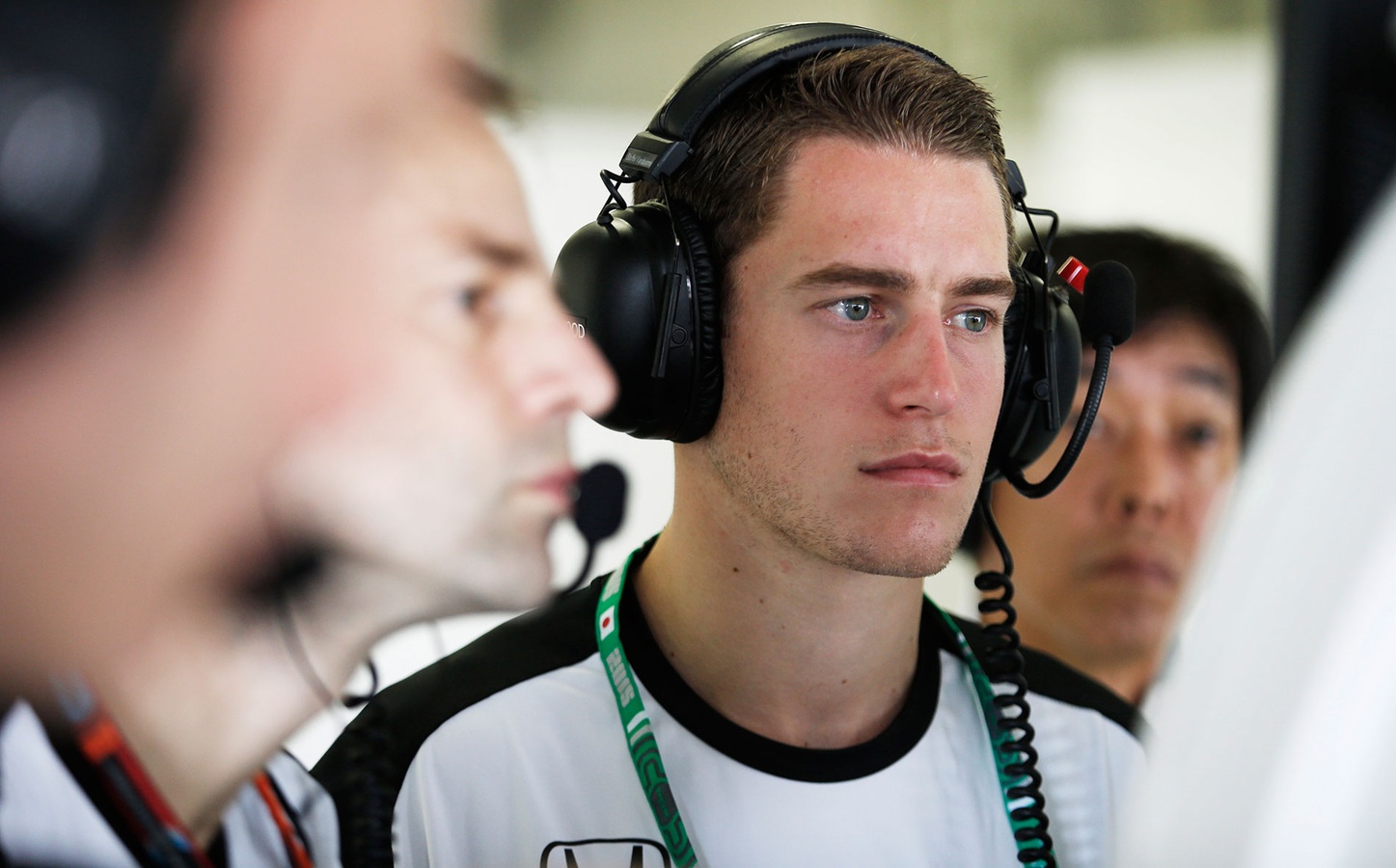 Stoffel: You may be surprised to hear it, but I didn’t actually attend a GP until 2009. It was the Belgian GP at Spa, and I went Fwith the RACB (Royal Automobile Club Belgium). We managed to get passes for the F1 paddock, and we visited the Renault F1 team’s motorhome, as I was driving in the Formula Renault 1.6 Championship that year. I actually had a little catch-up chat with Eric [Boullier], who was the boss of the Renault F1 team at that time, so that’s a nice memory when you bear in mind how things have turned out.

Q: Do you think it’s made a difference to the way people look at your talent as a driver now, because you’ve dominated this year’s GP2 championship?

Stoffel: I definitely think it’s made a difference, yeah. If you only just win it, by a single point for example, people can always find some excuses. Whereas now, I’ve won it with two rounds to spare, so there’s nothing else really to say about it!

Q: What difference do you think it makes having had experience in another F1-feeder series, World Series by Renault 3.5, as well as in GP2?

Stoffel: World Series was great experience. The World Series cars are proper cars, quick cars, with a lot of downforce, and with similar lap times to GP2 cars. It’s good for me to have done both. I’ve learned a lot and I understand what the differences between them are.

Q: If you go to Japan to race there, you’ll arrive in F1 with more experience than anybody in recent years…