Sergio Perez joined McLaren for 2013 amid high hopes on both sides, but the young Mexican parted company with the team after a single difficult season. In the next instalment of 'McLaren & Me', Checo gives us an insight into his time with the team.

My contact with McLaren started at Valencia in 2012. I think there was an email from Martin Whitmarsh to Jo Ramirez asking for my details, and he forwarded it, and that’s how it all started.

Basically Martin wanted me to not sign for Ferrari at that time, and make sure I was available, and he made me aware of the situation – that most probably Lewis Hamilton was going to leave the team, they were looking for a replacement, and I was high on their list.

It was actually after Singapore where things happened quickly. I was returning to Mexico, and as soon as I landed there were a lot of emails, and everything was proceeding. I arrived there on Monday, and I think by Thursday I was signed with McLaren.

It was very big, just realising that I was going to race for one of the biggest teams in the history of the sport, replacing Lewis. The challenge was very big, but I was full of motivation, because it was a great opportunity.

The first time I went to the factory I went there as a McLaren driver, with a contract. It was just a dream to see all the facilities they had, the amount of people and the amount of resources. It was pretty impressive.

The first day we put the MP4-28 on the track we fitted the front suspension the wrong way round and Jenson was P1 straight away! We were very happy about it, but also very concerned – what’s going on? 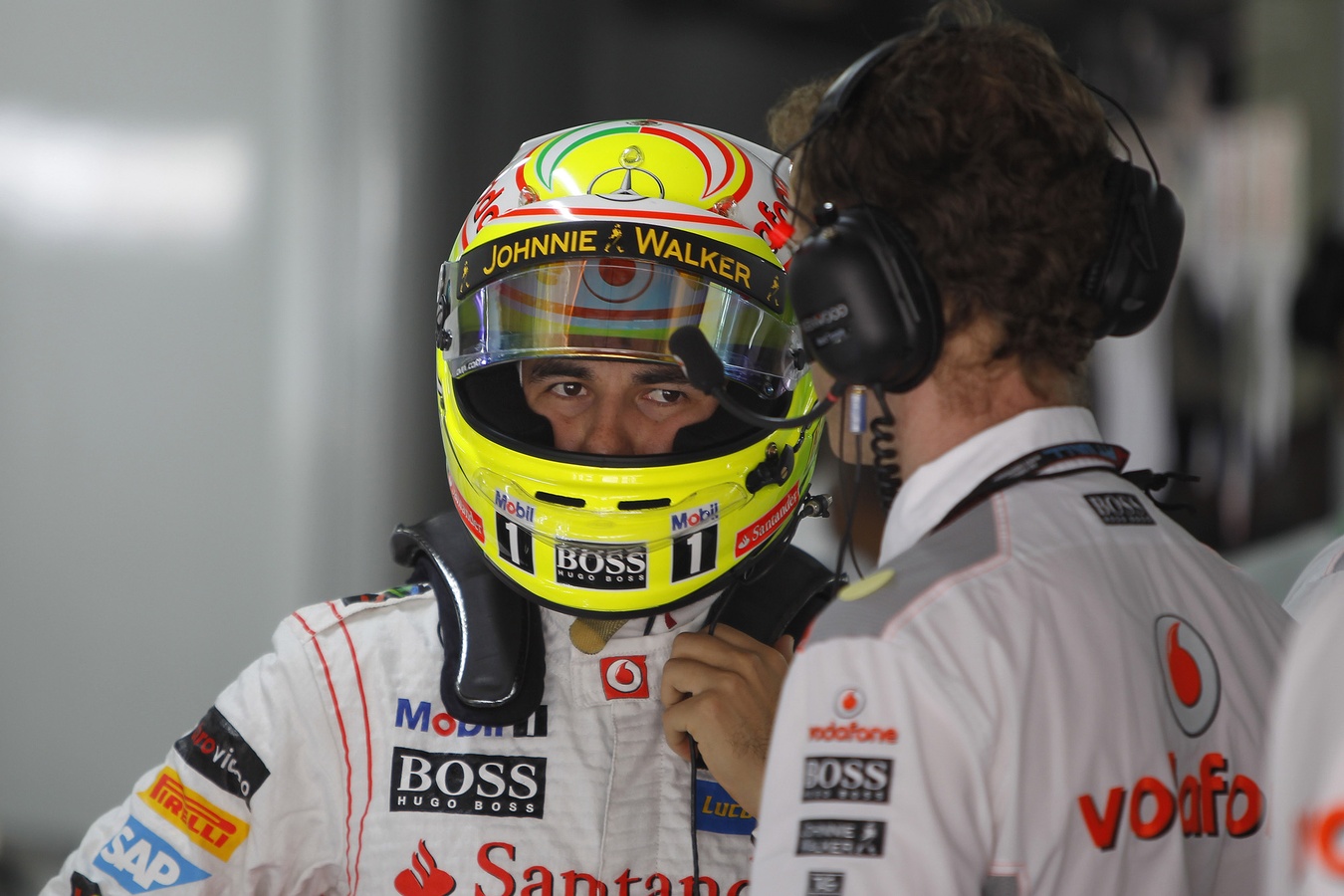 Basically, in 2012 the team was not so competitive, so they changed the concept for 2013. They went for the front of the Ferrari, the middle of the Red Bull, and the rear of the McLaren, and it just didn’t work. It was not just a bad car, but also very inconsistent. I think at some point we discussed going back to the 2012 car, but we felt that the new one had a lot of potential because it had something from all the best cars, so we decided to stick with it.

I was still quite new and after Australia all the feedback I was getting from McLaren said we were still going to fight for the title, so I thought once they sorted the issues this team can overcome anything. But through the middle of the season I realised that things were not really moving forward any more.

I remember coming back from China after a very painful weekend, one of my worst in F1. I bounced back in Bahrain, where I had a very good race, and a strong battle with Jenson. I remember Martin was so happy about it, he was enthusiastic that I fought so hard with my team mate! 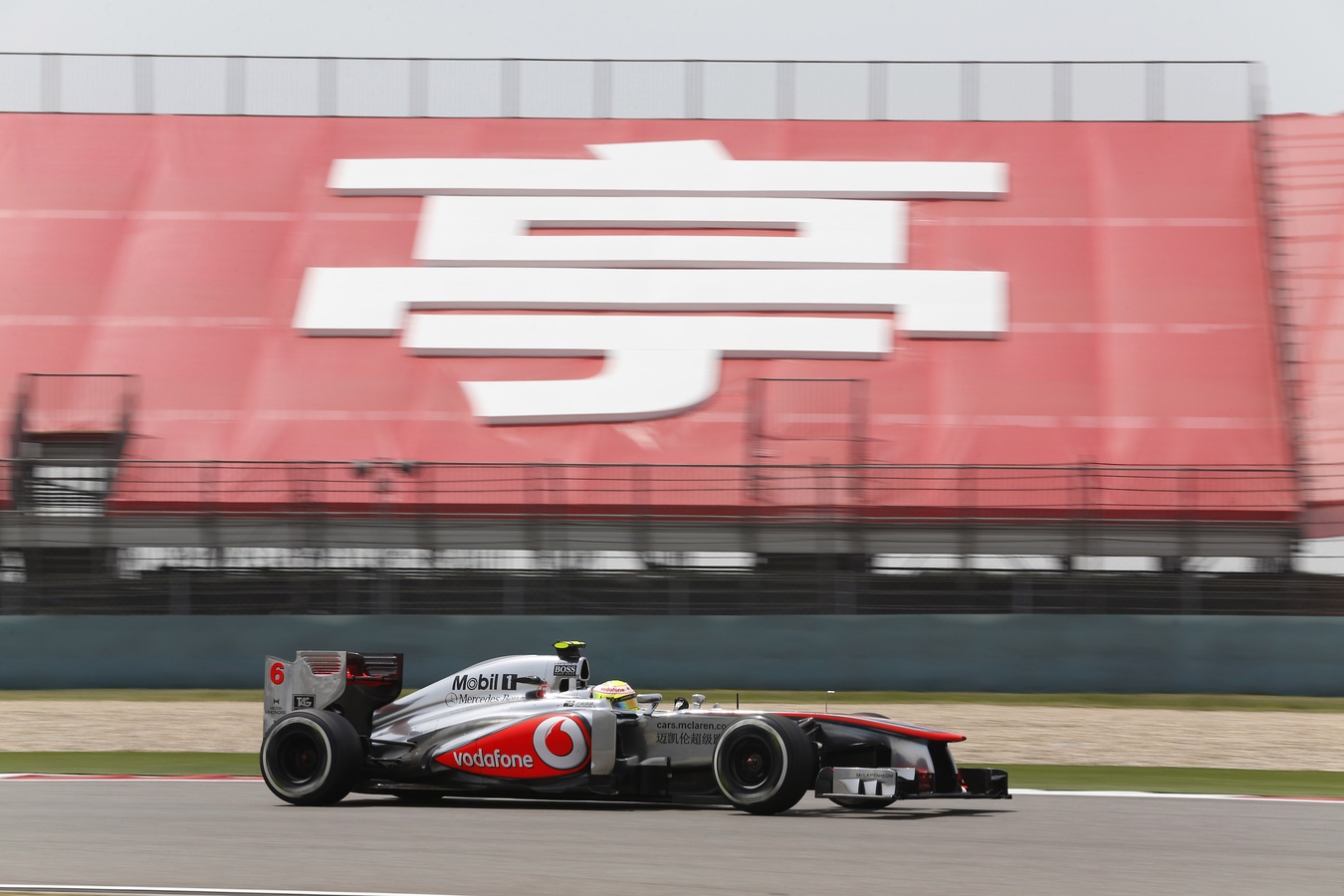 Jenson was a bit angry I think, but after that we spoke together with Martin and Sam Michael. I remember going back to the factory and everything was back to normal – and after Bahrain we were still thinking we were going to fight for the title.

I was quick with the car I had, but I was just trying too much, trying to overachieve massively. And that doesn’t work, and it didn’t work for me. At Monaco I could probably have finished fourth or fifth, but I was just trying too hard. All the disappointment that I had since the beginning of the season, joining McLaren and not being able to even be constantly in the points, was a big shock for me. So I was over-driving in the first half of the year. 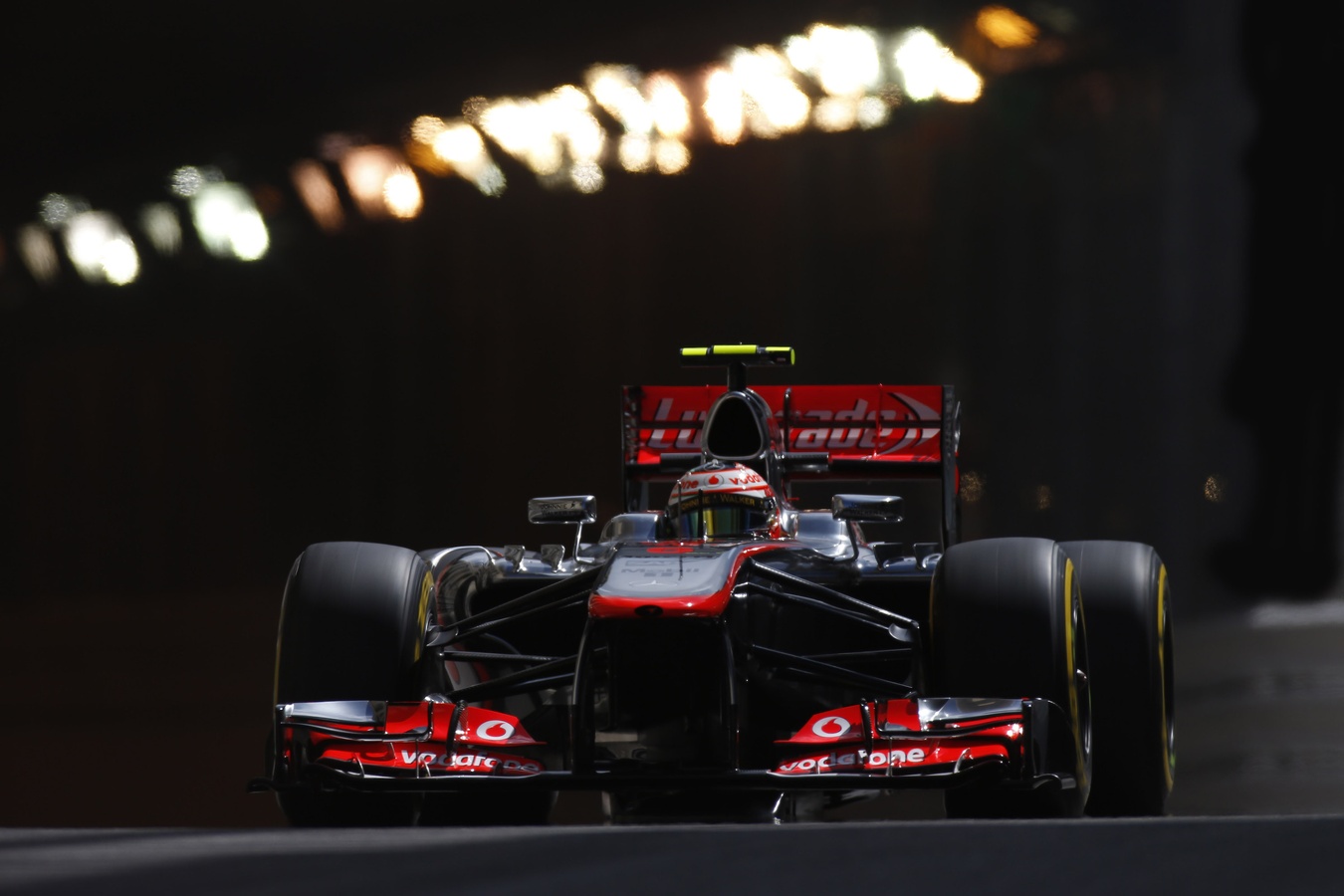 I also had a couple of tyre failures when I was in good positions, like in Silverstone, like in Korea, so I was also quite unlucky. In Japan I had a puncture from contact with Nico Rosberg. Everything happened for a reason if I look back, but I was quite unlucky, with too many incidents.

I went through a couple of races where I struggled quite a lot with the car. It was just a very inconsistent car, and I couldn’t get on with the set-up. It took me probably until the last few races to really get on top of it.

I was in Mexico, because Austin was the race after, when I got a call from Martin. He said, ‘I’m sure this is not the phone call you wanted to receive,’ and I thought this is not smelling good! He told me that they were not going to continue with me, that they were starting a conversation with a non-F1 driver – which was Kevin Magnussen. He had always told me that my seat was not in danger from any other F1 driver, but Kevin was not an F1 driver...

I’m very proud that I finished with two strong races in Austin and Brazil. I showed people that I never give up and I always gave my best for the team until the last lap I drove for them, and that’s something that makes me feel very proud every time I look to my McLaren period. I gave them the best and things didn’t work out for both of us for whatever reason, and there’s no more to say. 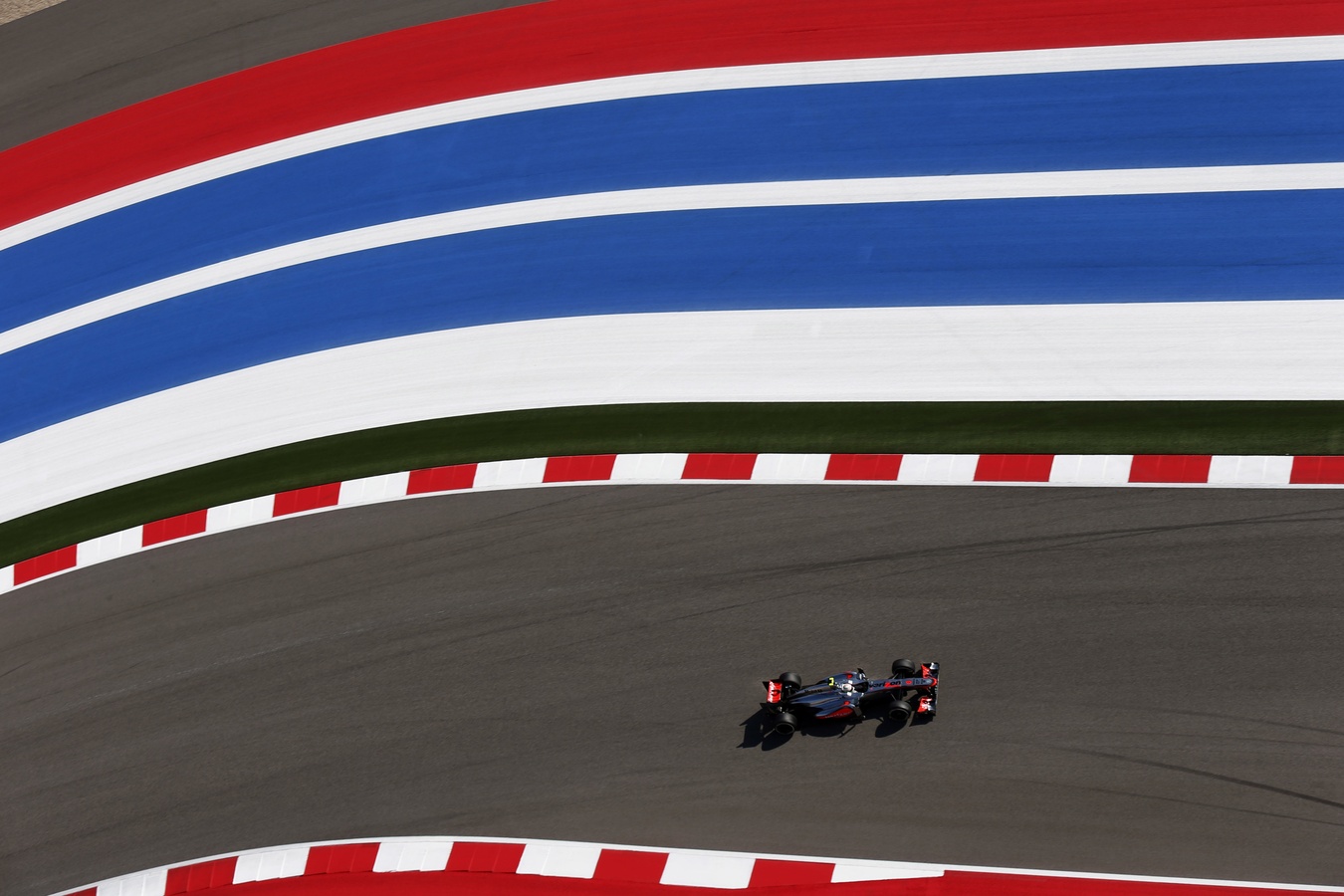 I had a great time, I had good fun with the team, and I enjoyed my driving there. I think if I had a second year, everything would have been totally different, but I didn’t have that. Instead we split after a year, and since then I’ve been doing a lot better.

McLaren was a massive learning experience. The team is at the top of the engineering level, and I learned a lot when I went there, things I didn’t learn when I was at Sauber. Not only on the sporting side but also on the political side, and how the sport works, etcetera.

It was a great lesson, and something that has made me the driver and the person that I am today. I don’t think many people could recover from that hit, because it was a massive hit. I was not expecting anything at all, I was already focussing on the next year, and all of a sudden you don’t have a drive, and have probably finished your career in F1. I was thinking that my career is over, but then Force India came along.

Would I do anything differently? Obviously now with my experience, my age, with the character building, the knowledge, if I was back there, I’d be doing things very differently. But at that time I was 22 years old, and I was another person. You can only do things differently once you’ve gone through it, but at that time, there was nothing I could do. But something I enjoy looking back on is the way I finished my period with them. 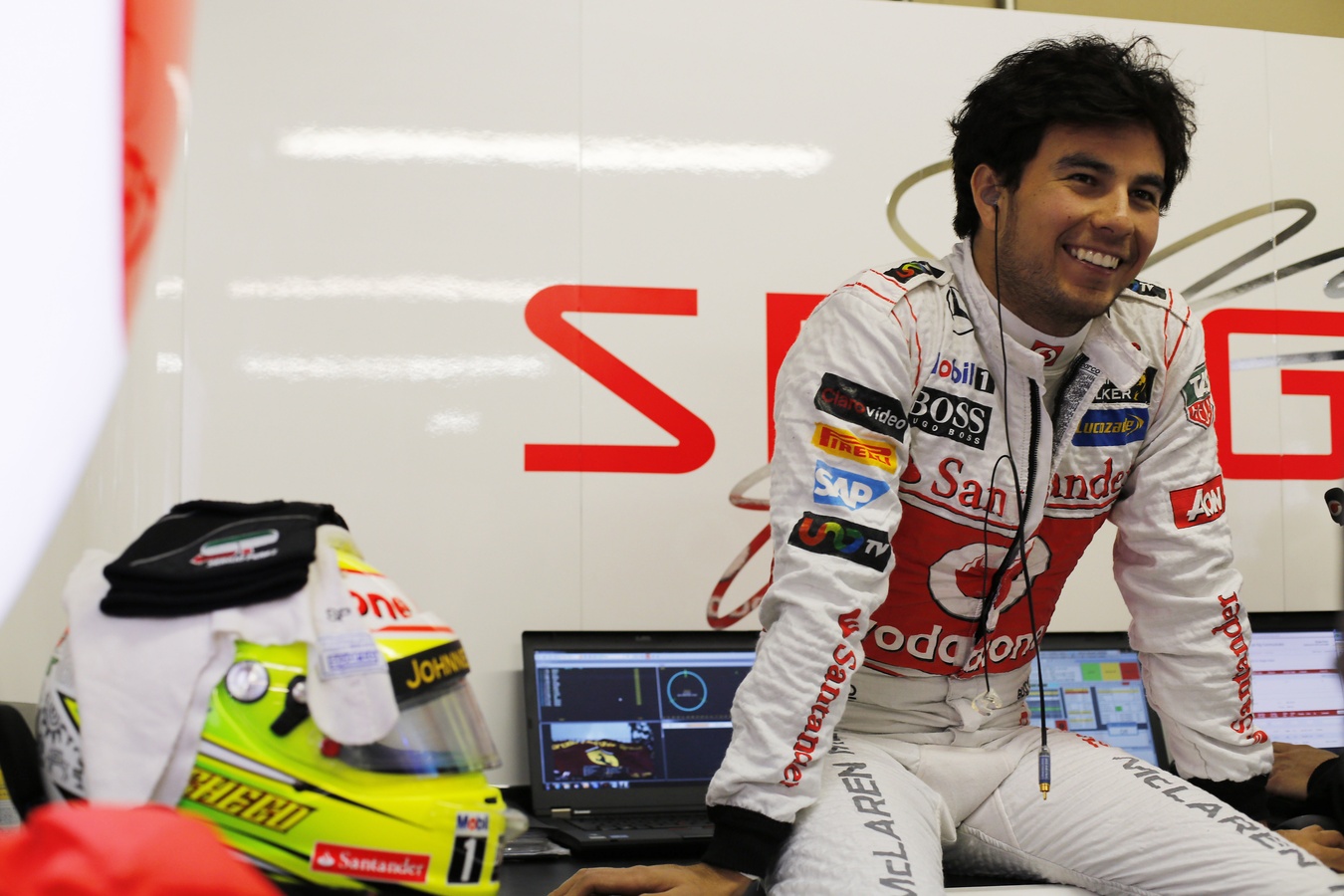