Other than the bits we watch on TV, have you ever wondered what drivers get up to away from the cameras over a race weekend? What’s their schedule like, what do they eat, how do they prepare, and what makes them tick?

Here, Jenson gives us the full lowdown in his diary of a race weekend. The action starts early on Friday morning, when us race fans are itching to hear the sound of the V6s screaming on track, and to get all the gossip from the first day of action.

We go behind the scenes with JB to find out what really goes on before the cameras start rolling. 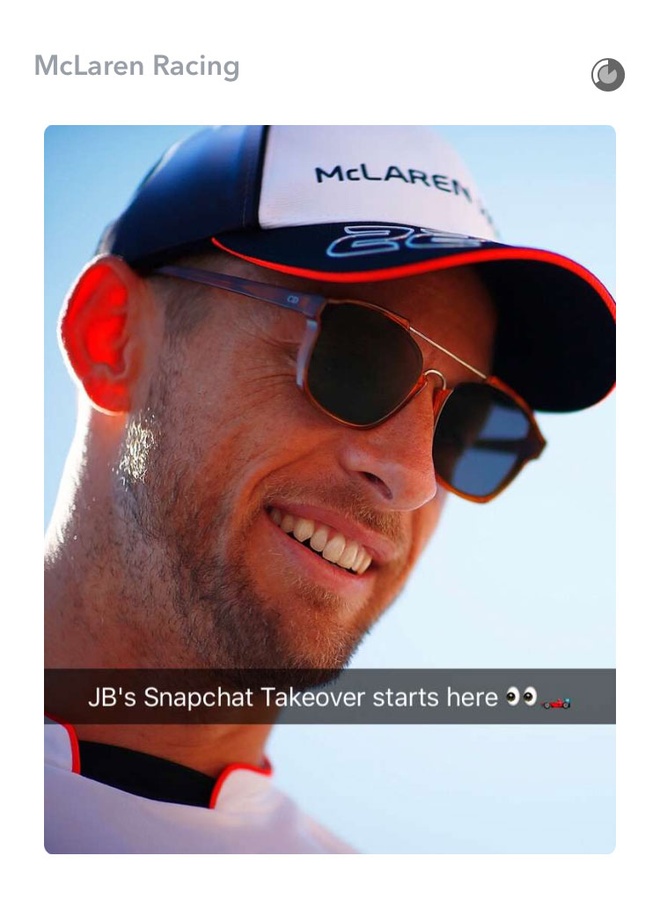 "When I come into the circuit on a Friday morning, I just can’t wait to get in the car," says Jenson. "We have a lot of meetings on a Friday morning, so I have breakfast nice and early. Wherever you are, you haven’t been there for a year at least – apart from Barcelona! It’s lovely getting in the car, going out on track – even just for the installation lap – because it’s nice to drive a circuit you haven’t driven for a long time; to feel if it’s really changed. Maybe there’s some new kerbs or new asphalt or other things around the circuit, or it might be a completely new track!

"That first lap is always great. You do the install, and then you’ve got to wait 15 minutes while they check the car. For a driver, that’s the most frustrating 15 minutes, because you just want to jump back in the car, tear around the circuit and push the car to the limit.

"I think it’s great that we have the new tyre rule, so we can put a new set of tyres on in FP1 at the beginning of the session, in the first 40 minutes – it gets us out there earlier and we can all pound around. It’s better for us and it’s better for the fans.

"That first run is always great: you’re finding your feet a little bit. At some of the circuits, if you do brake too late you lock up and you hit a wall, so you have to build up to it. It’s probably the most fun few laps of the testing two days that we do during a race weekend. 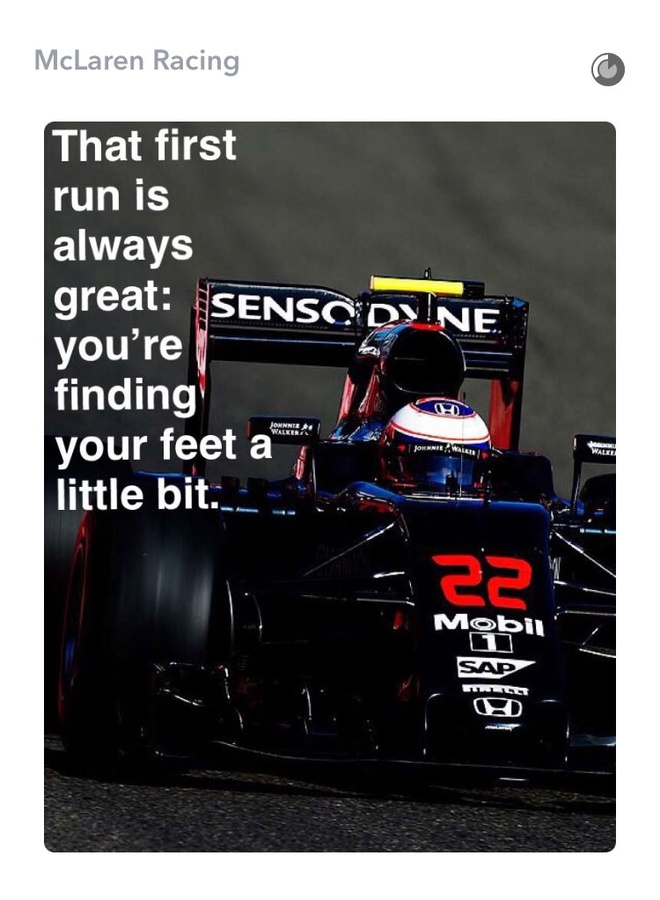 "As soon as we’ve done the first run, we start on set-up work. We might have set things that we were going to do anyway before we got there – aero checks or comparisons of front wings, for example. FP1 is normally run to a schedule of testing things, rather than how the car feels.

"After FP1, it’s lunchtime, and I’ll normally have fish and vegetables, or a salad. It’s a standard lunch for me – low-carb, and keeps the weight down. For dinner I’ll have the same, probably with sweet potato or rice or something as well, but never white potato or pasta. It’s all healthy, but sometimes I’ll also have a dessert. If I’ve had a hard FP1 and I know I’m going to have a hard FP2 I might have a bit of something naughty at lunch, or maybe some berries.

"In FP2, the programme is different, but you’ll always do low fuel running and high fuel running. If you have two different tyre compounds – which we don’t always – you do one or two runs on the harder of the two, for comparison, then do a set-up change to run the softer of the two tyres. You’ll also do a low fuel run, to see how it feels. Sometimes it works out and it’s great and you don’t need to do much with the car for the long runs, but sometimes you need to do a complete set-up change because you don’t like the feel. Then you put the fuel in, go out and do a long run – it might be on one set of tyres or you might use both sets of tyres. You might try to wear the tyres out to see how far you can take them, or it might be a race where you don’t need to do. In that case, we’ll do a short stint on that compound, jump on the other tyre for a short stint on that, and do a comparison back to back to see which one is better and more consistent. Contrary to what people think, high fuel running isn’t boring for a driver, because you’re still driving an F1 car, and there’s still other cars around you – it’s definitely not boring!

"Sometimes, sometimes set-up changes will take less time to do than we think, so we might end up with five or ten minutes left and you have to just sit in the garage, waiting. Sometimes I’ll sit in the car, other times I’ll jump out and go and get a cup of coffee. Testing is pretty relaxed! I do like testing on a grand prix weekend, especially on a Friday." 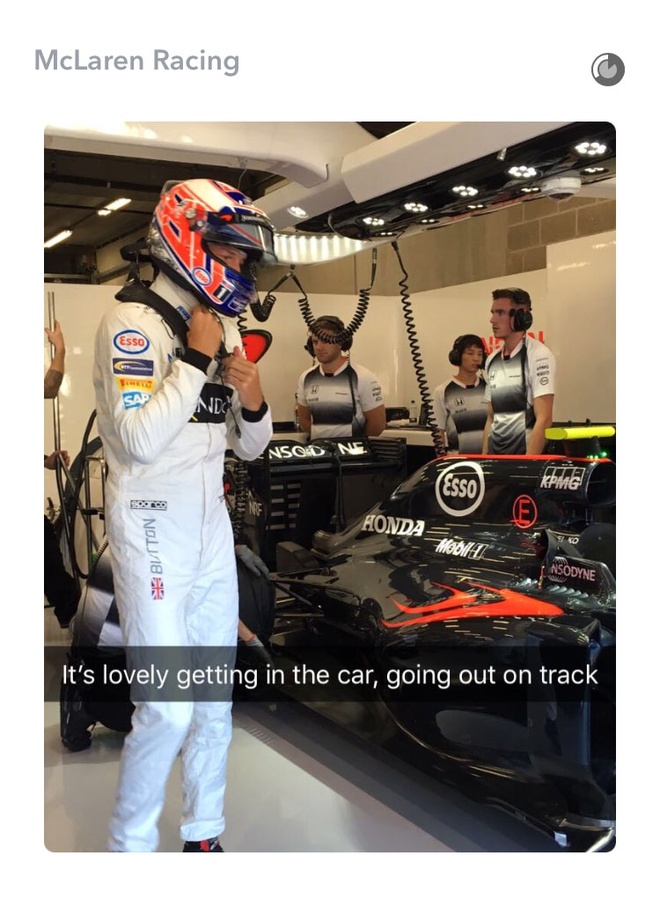 The team often works hard and late on a Friday. The drivers are lucky that they get a lot more time to relax than they do – especially the mechanics. We have our meeting after every practice session, which goes on for about an hour, on both sides of the garage. Fernando and I both sit and talk through everything with our engineers, aerodynamicists and strategists. Then we’ll go and freshen up before going back to see the engineers after either the drivers’ briefing or whatever else is happening that day. We usually spend another half an hour or hour or so with them in the evening. I remember in the old days, you used to try and spend as long as you can, always a minute longer than your team-mate! But when you’ve got a team-mate like Fernando, and you’re both experienced, you don’t worry as much about that. You do your work, you go home. 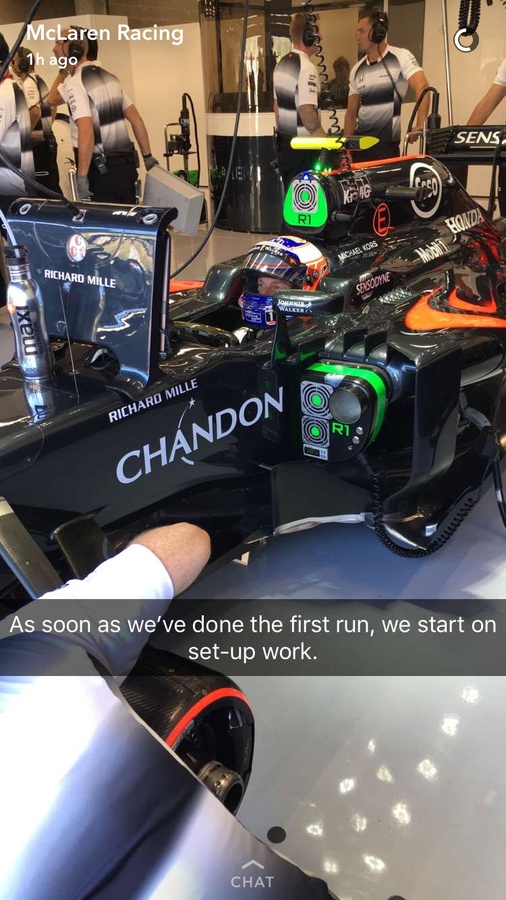 In the drivers’ briefing, Charlie Whiting (Racing Director), is the headmaster. All the drivers get together and talk about issues from the previous meeting, issues that we think might arise from this meeting, and other things. Everyone is involved – no-one is scared to make a comment, but I can’t tell you what we talk about, as that part is private!

We will sometimes have a GPDA meeting afterwards, but only if it’s necessary and there’s something to talk about – we all have busy schedules and interviews to go to, but we do come together quite a lot during the race season. When I first came into Formula 1, there were only four or five guys who would speak out in the drivers’ briefing. Nowadays, it’s a lot more open and people feel a lot more comfortable speaking out. 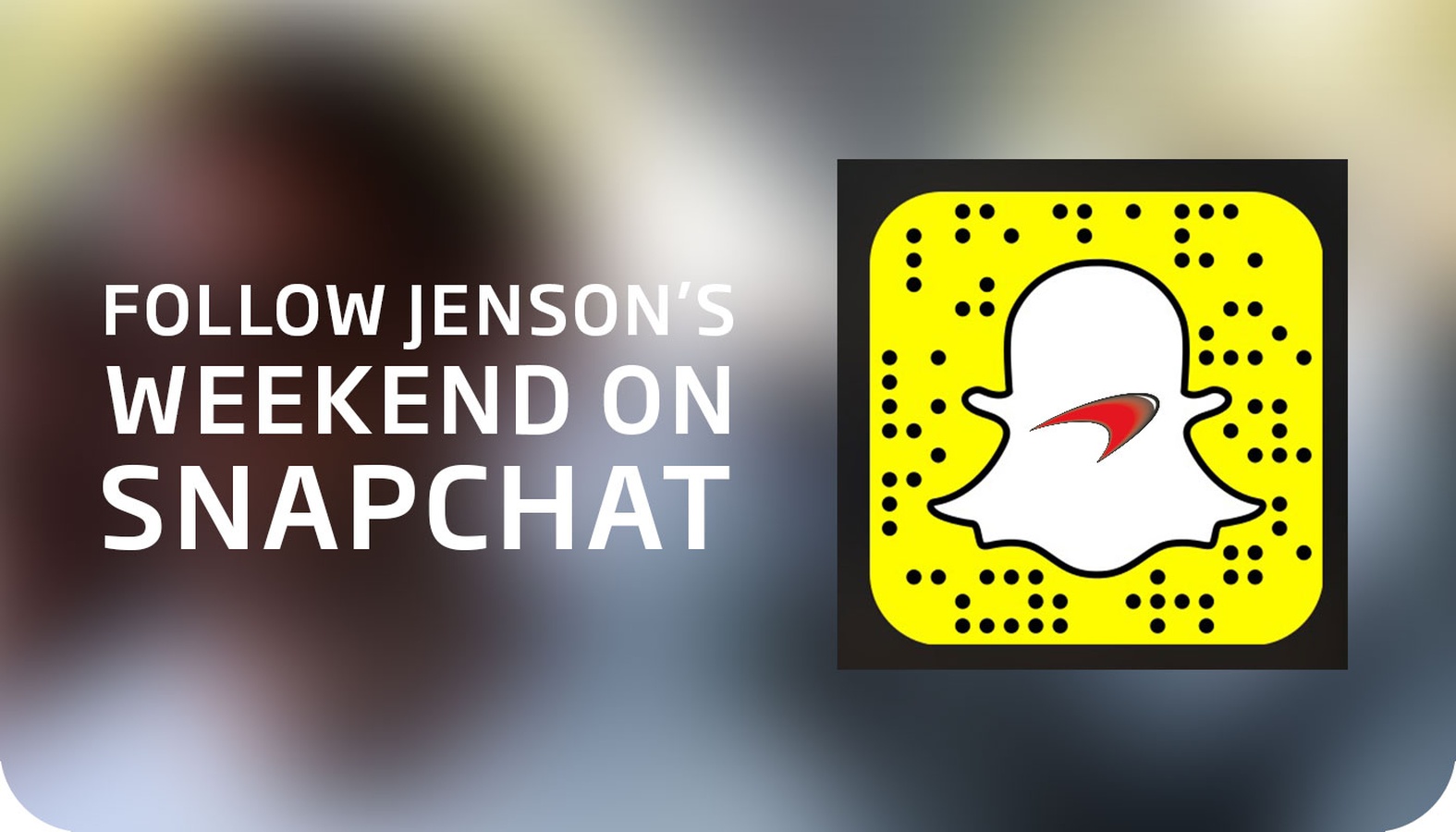 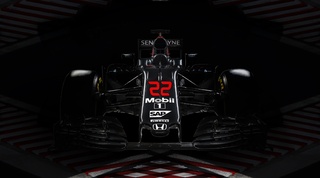