As Jenson Button gets ready to chalk up his 300th grand prix start at the Malaysian GP, we take a look back at his racing career and focus in on a few of his stand-out races. In this third and final installment, we cover races 201 to 300.

Inspired by watching his hero Alain Prost and team-mate Ayrton Senna battling it out in their McLarens during the 1980s, Jenson Button wanted to create his own piece of history with the same team and engage in some epic battles with an equally quick team-mate. During the three years he was alongside Lewis Hamilton, a driver regarded as one of the fastest of all time, he notched up 672 points to Lewis’ 657 a statistic that emphasizes his consummate pace and ability to bring a car home.

Following Hamilton’s departure a series of younger team-mates raced alongside Jenson (Sergio Perez, Kevin Magnussen) and during this period he blossomed in his role as the de facto number one in the team.

As he entered his thirties, Jenson commanded further respect for his experience and maturity from his fellow drivers and the Formula 1 community at large. He became a director of the Grand Prix Drivers’ Association and was an active voice with regards to safety in the sport.

But his skills in communication and PR also made him a brilliant ambassador for the McLaren brand and the team’s partners. The ease at which he could charm sponsors or entertain on television ensured he was a marketing man’s dream.

Despite the challenges in his personal life, particularly with the sudden death of his father John, and the teething problems with a new power unit supplier, Jenson’s good humour and resilience stood him in good stead. That was repaid with McLaren’s loyalty who kept the British racer at the team for seven active seasons – and who will continue to keep him under contract as an ambassador (and reserve driver) into next year.

As he approaches his 300th grand prix start in Malaysia, it’s worth noting that in the history of Formula 1 only two other drivers, Rubens Barrichello and Michael Schumacher have made 300 GP starts, and Jenson’s long and distinguished career isn’t over yet… 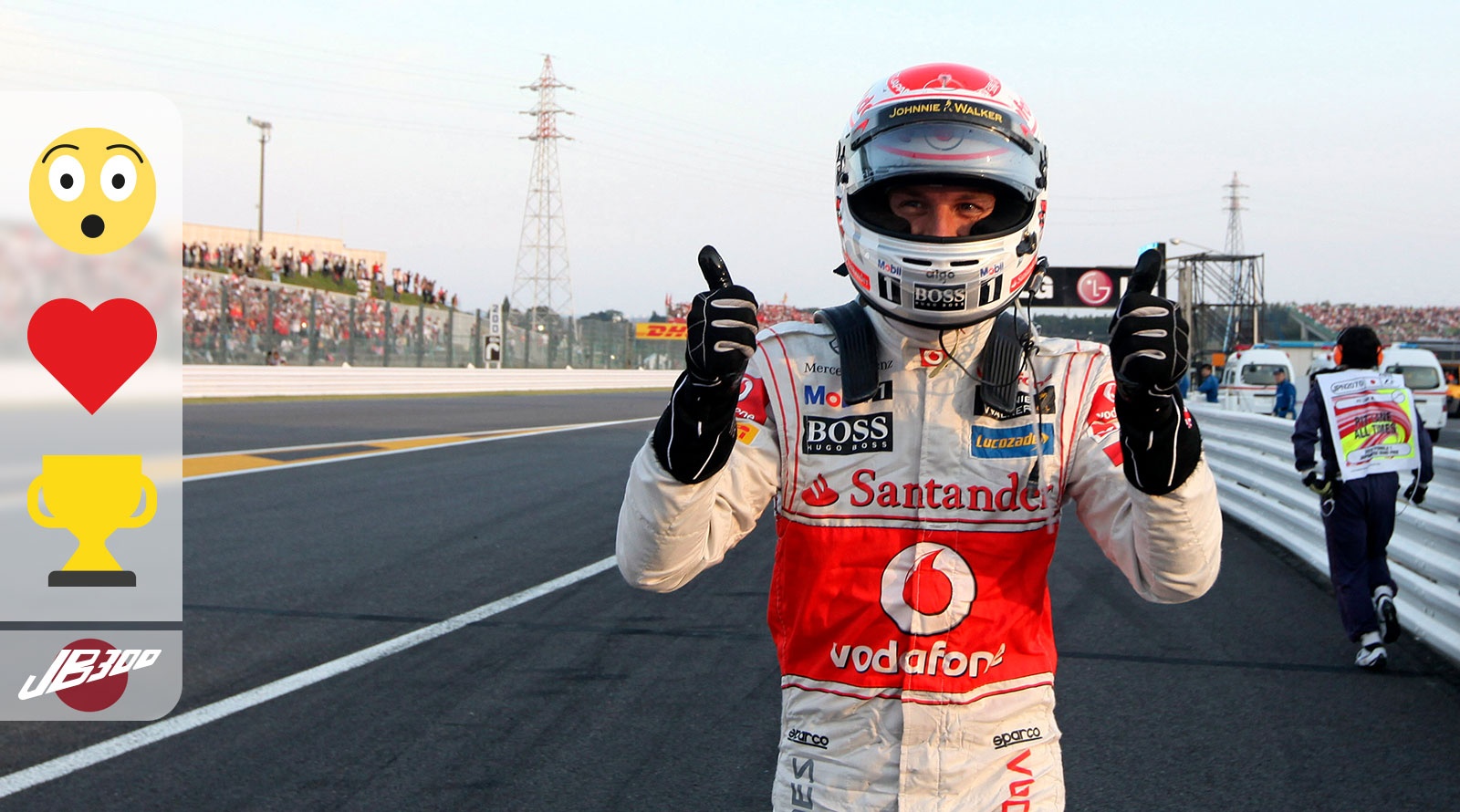 Ever since Jenson was signed by Honda in 2003, he’s had a close affinity with Japan. And in the year of the country’s devastating earthquake and tsunami, it was a very special win at the awesome Suzuka circuit for Jenson. 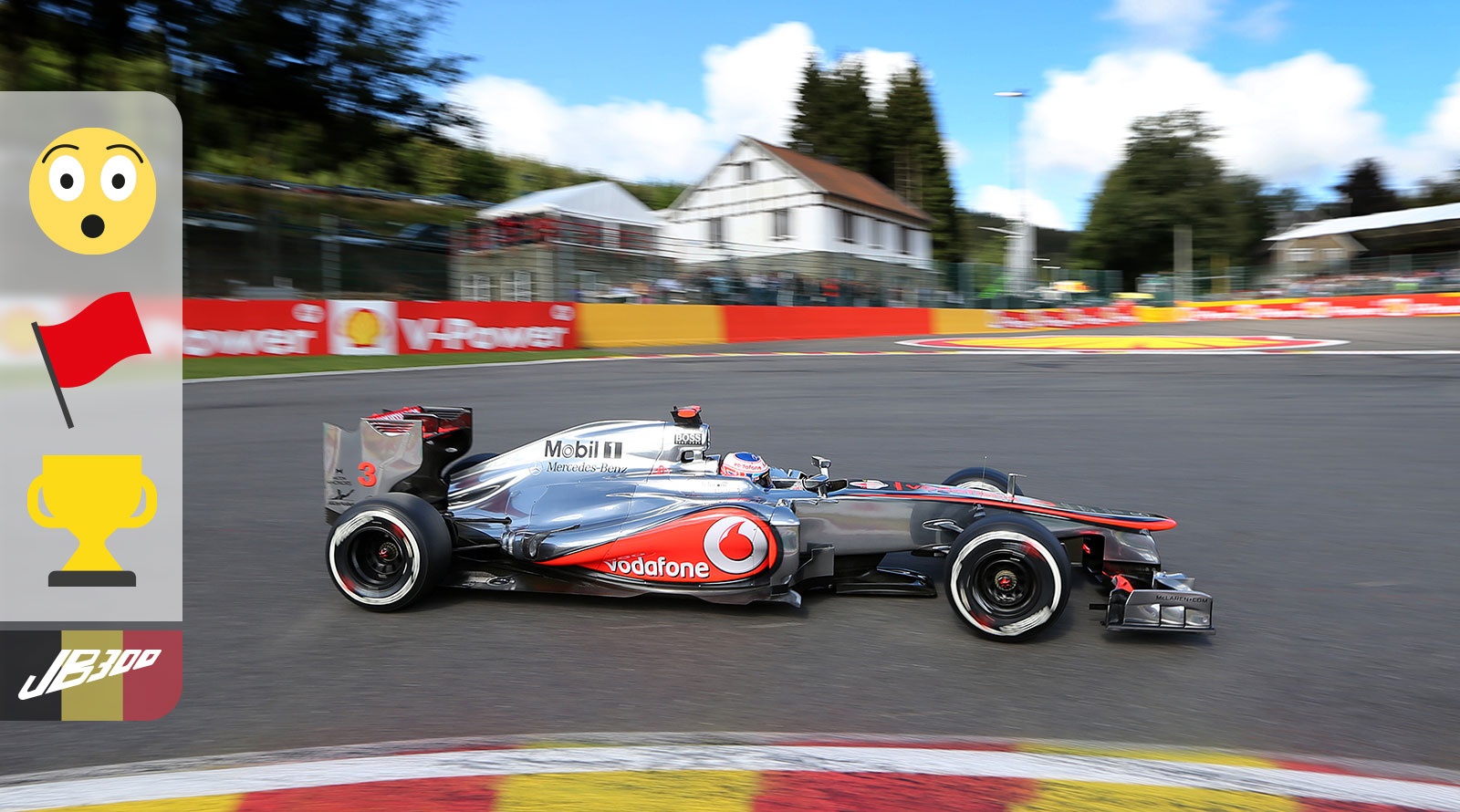 A huge accident at the first corner eliminated five of the front-runners, including Lewis Hamilton and Fernando Alonso. Jenson, starting in pole position was clear of the drama folding out behind him. Indeed his lead was never threatened and he completely dominated, finishing over ten seconds ahead of Sebastian Vettel at the flag. 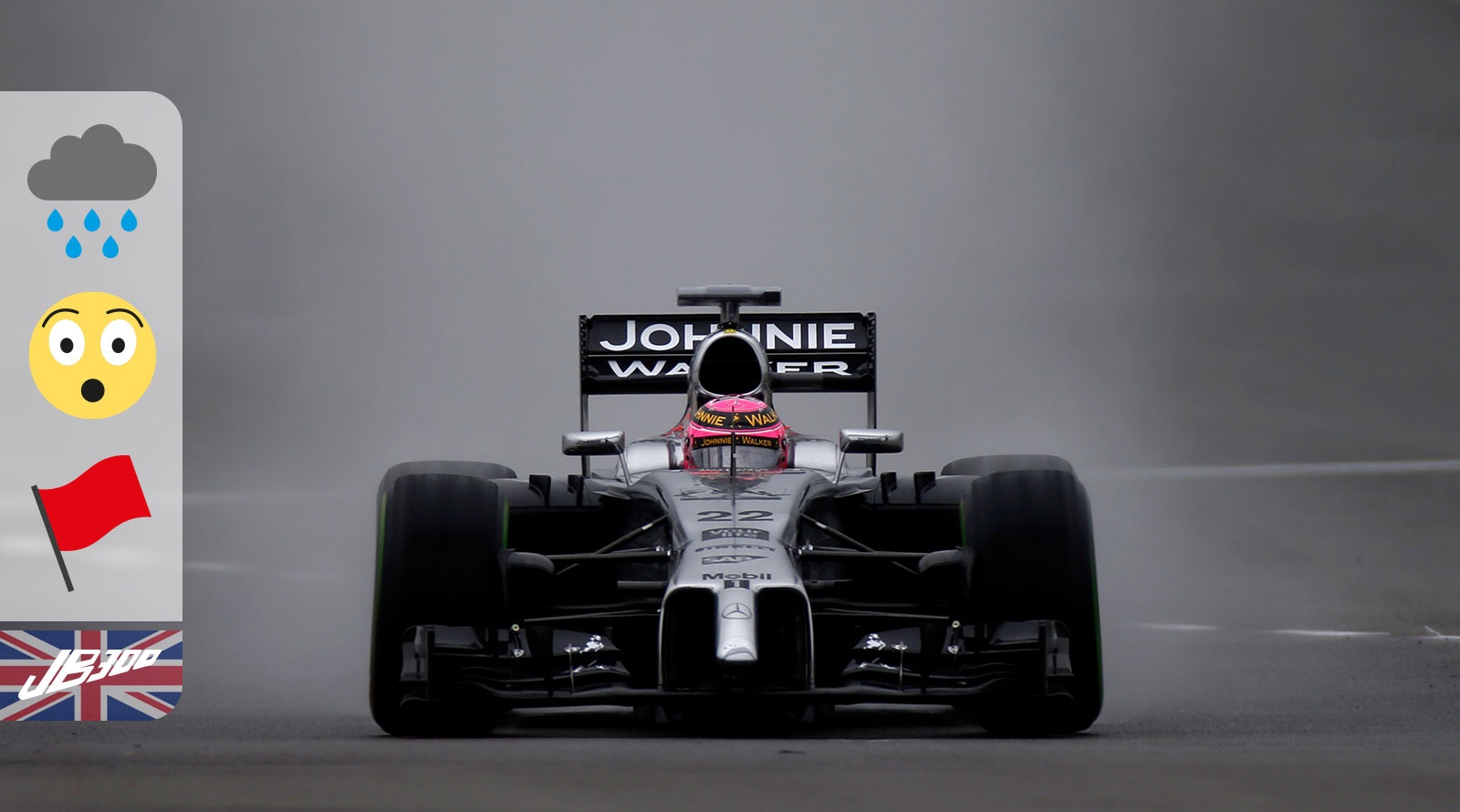 A brilliant performance in a wet/dry qualifying gave Jenson a superb third place on the grid, the highest position the MP4-29 had reached all year. The race was red-flagged on the opening lap after Kimi Räikkönen crashed. On the restart Button chased down Daniel Ricciardo all the way and just missed out on what would have been his only podium at his home race.