As we approach the 40th anniversary of James Hunt’s incredible 1976 Formula 1 championship, the celebrations kicked off early with a small, informal gathering at the McLaren Technology Centre with a handful of esteemed Formula 1 journalists from the sport’s biggest publishing houses.

The guests were treated to a very special insight into the life and times of James Hunt during that infamous championship-winning year, through the eyes of the very people who were lucky enough to experience it alongside him: Ray Grant (mechanic), Roy Reader (truckie) and Dave Ryan (mechanic) – who all worked on the race team at McLaren in 1976. 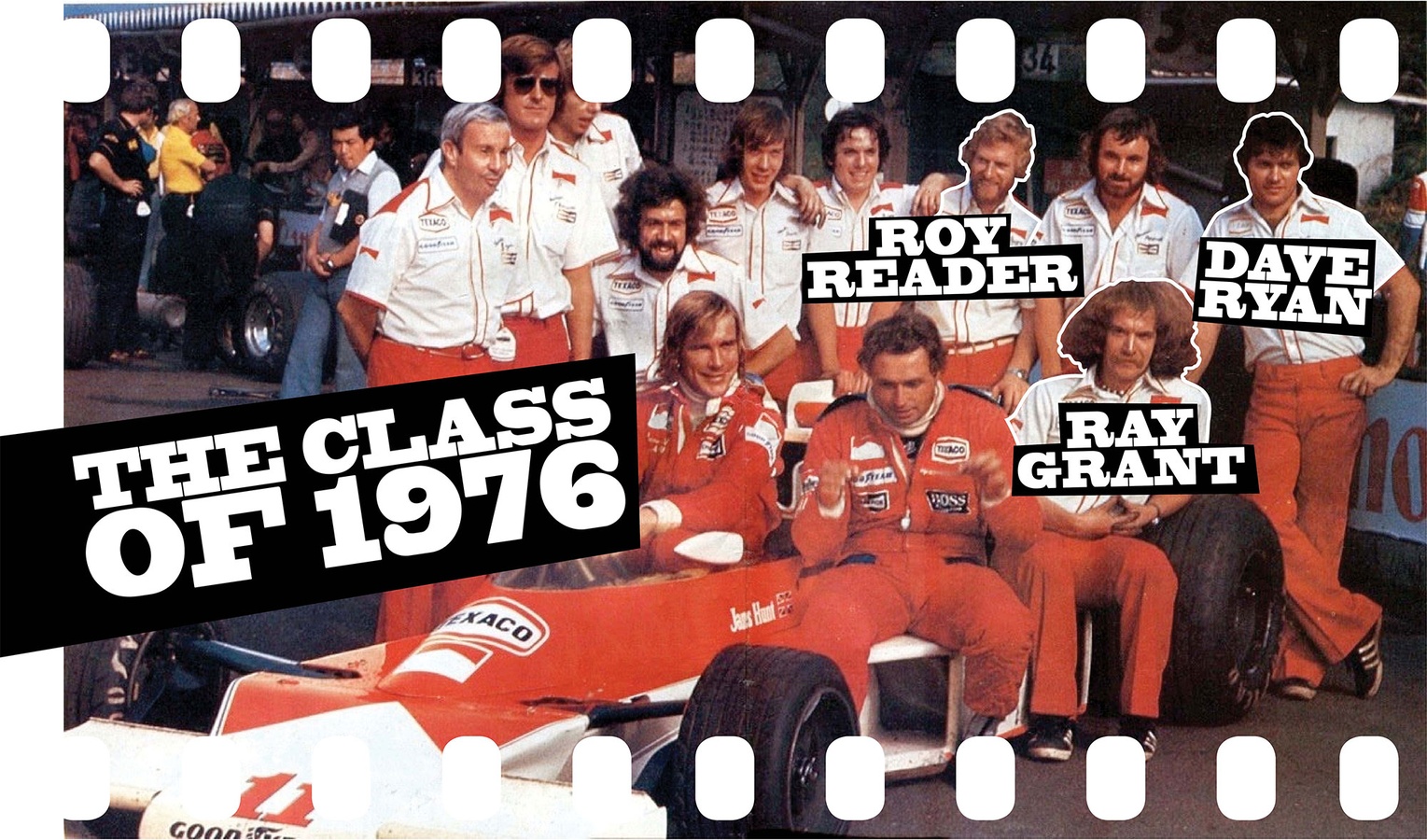 The event was held to coincide with the launch of the new book 'James Hunt', written in partnership with McLaren by the legendary journalist and writer Maurice Hamilton, who also compered the event. The book is a fascinating biography of the man still regarded as the most charismatic, talented and intriguing character to ever walk through the Formula 1 paddock, and features fascinating first-hand memories and anecdotes from the people that worked closest with him and knew him best. 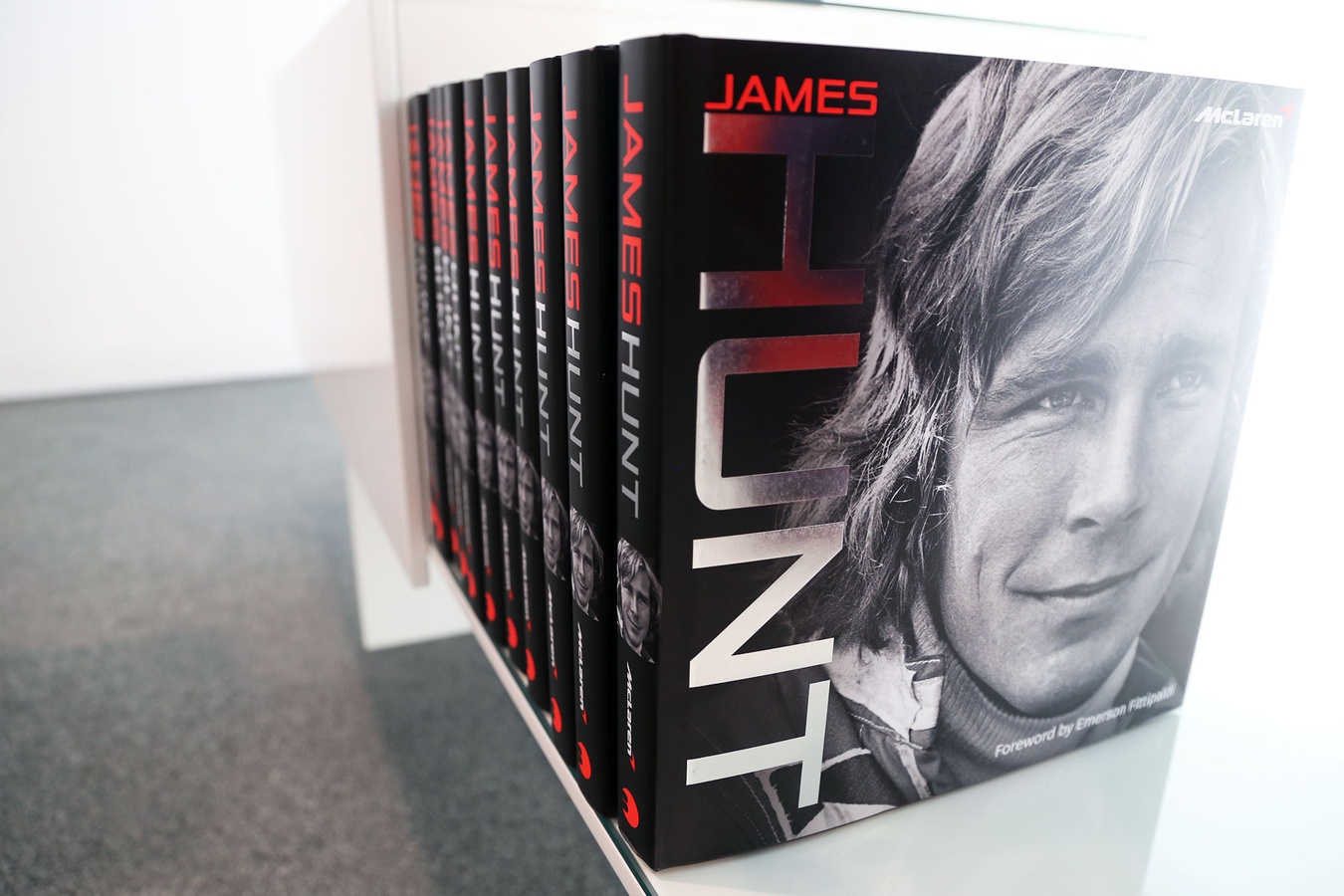 Sitting alongside the panel and guests was a limited edition artwork by Unique & Limited: a digital recreation of that incredible day in Fuji on 24th October 1976, when James, in truly appalling weather conditions, clinched his first and only world championship. The title went down to the wire at the last race of a hugely controversial season full of ups and downs. James had started in second position behind Mario Andretti, with James’ biggest rival Niki Lauda in third. The conditions were so treacherous that many called for the race to be abandoned altogether – including Hunt himself. However, the race went ahead and he took the lead from the start. 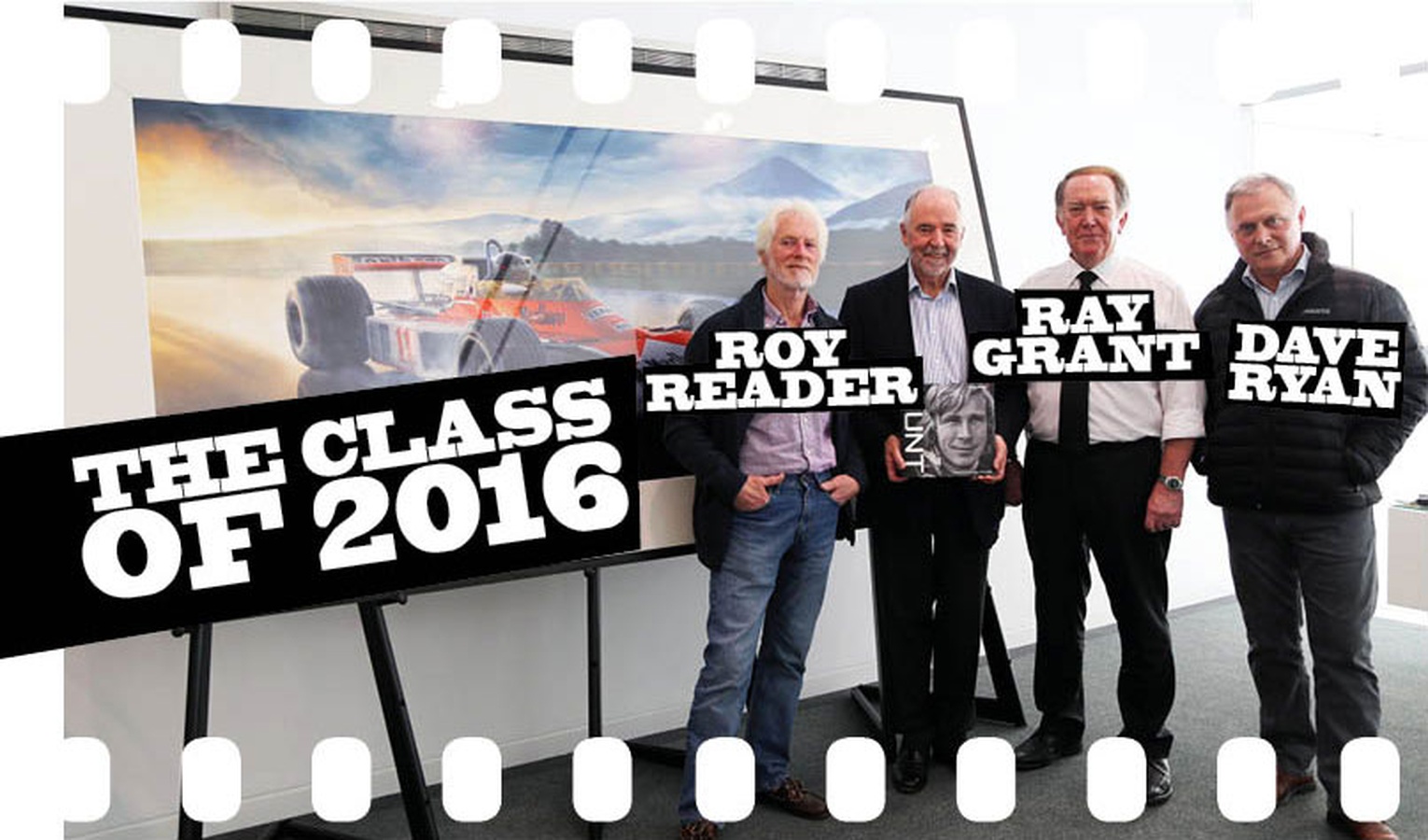 It looked like an easy win, but as the track dried out everything began to change. James lost several places and came into the pits, only for the team to realise he had a left front puncture. By the time the problem was fixed, neither the team nor James knew exactly which position he was in, or if he was still within reach of the title. He re-joined the race and simply set out to overtake as many cars as he could, and fought his way back into third place. After crossing the line, James returned to the pits in a furious state, himself believing that he hadn’t made it, only to be told he was the new world champion. 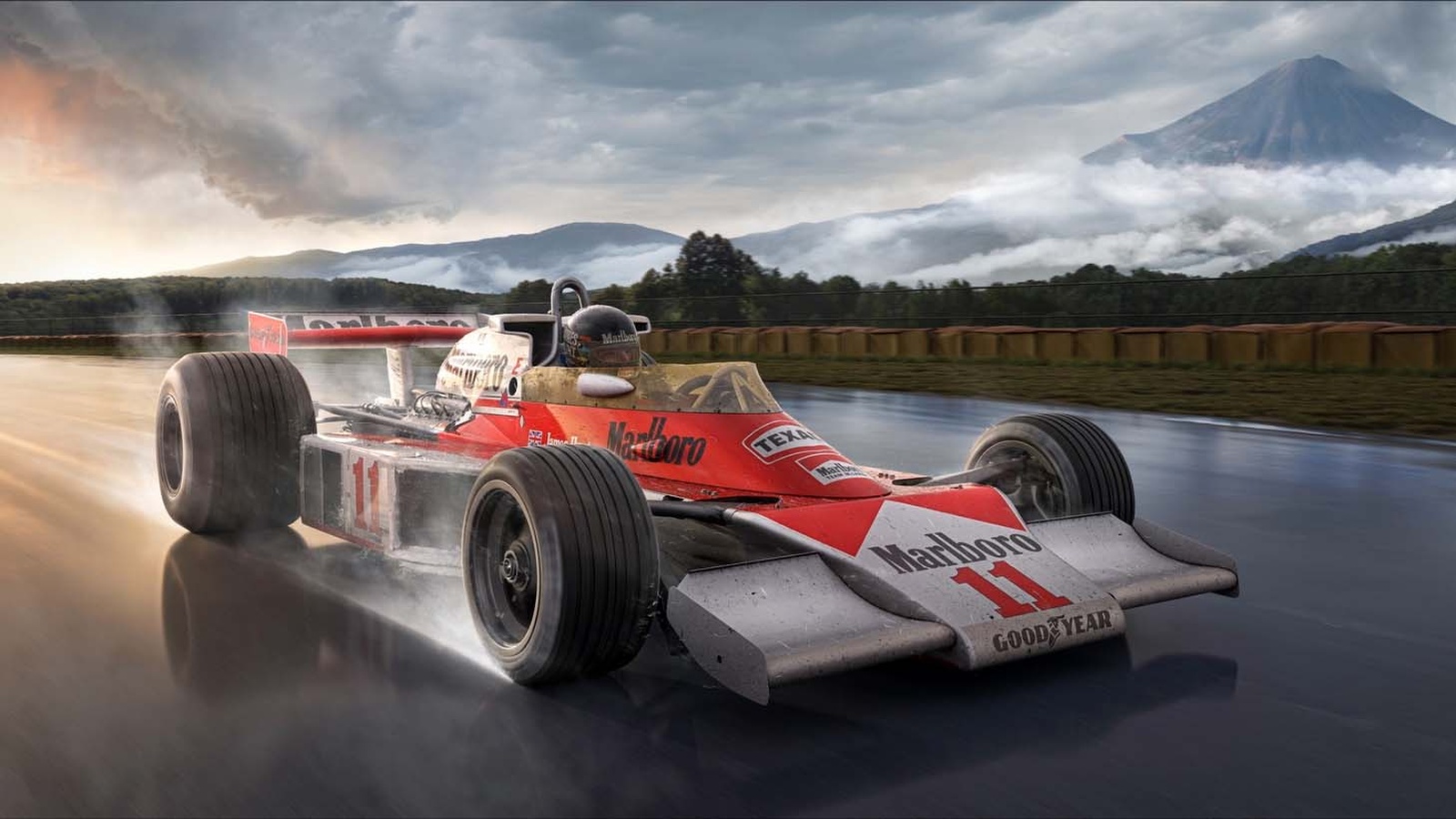 The artwork perfectly captures the drama of that incredible day. Created with exacting digital precision and with the support of James’ son Freddie, it took over 1600 man hours to complete. 'Hunting For Victory' is a stunning representation of the achievements of both the incredible man and machine that left an indelible mark on the sport’s history.

For a limited time only, prints of the artwork are available in two sizes, alongside a collection of four special edition retro-themed posters commemorating the 40th Anniversary of James Hunt’s world championship in his legendary McLaren M23. 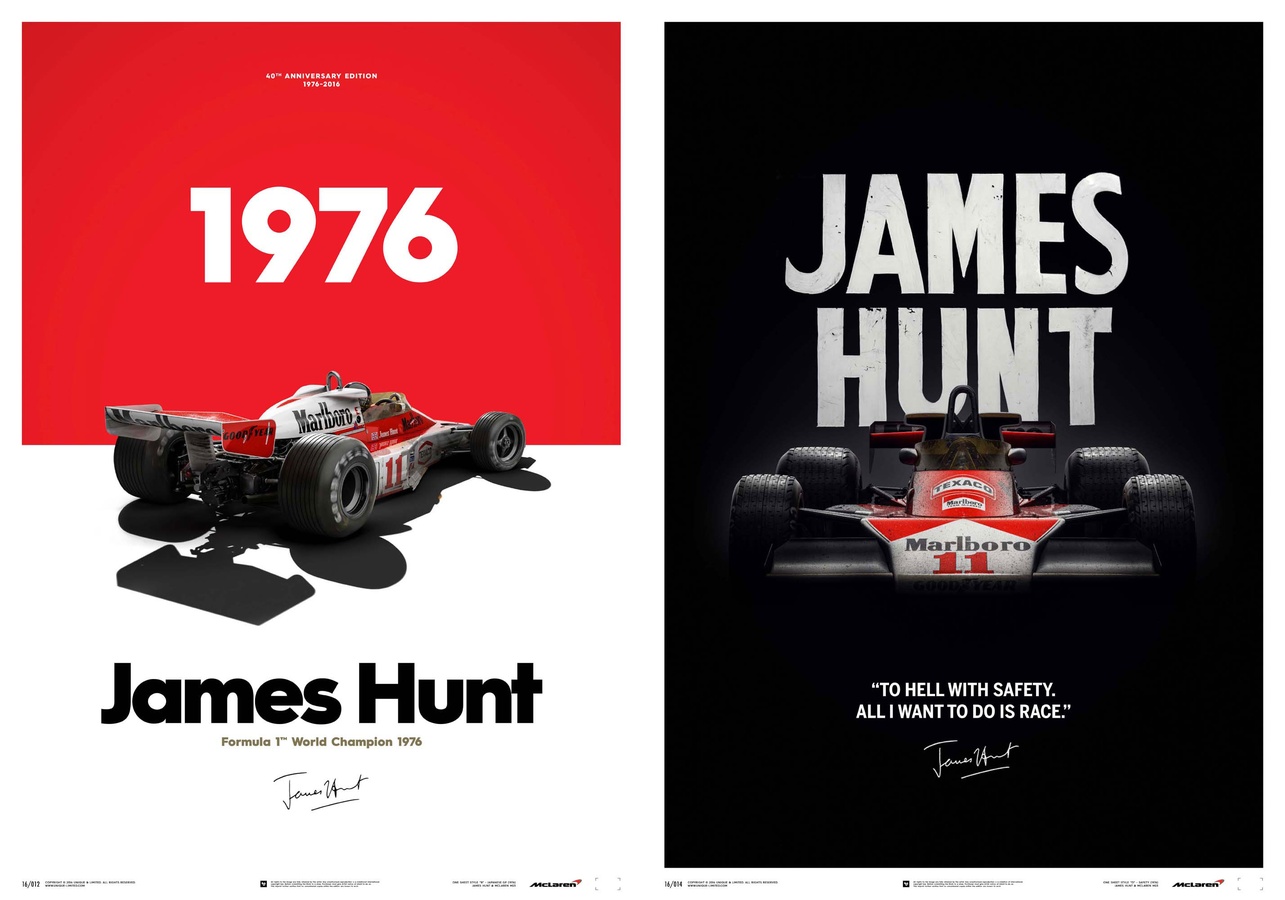 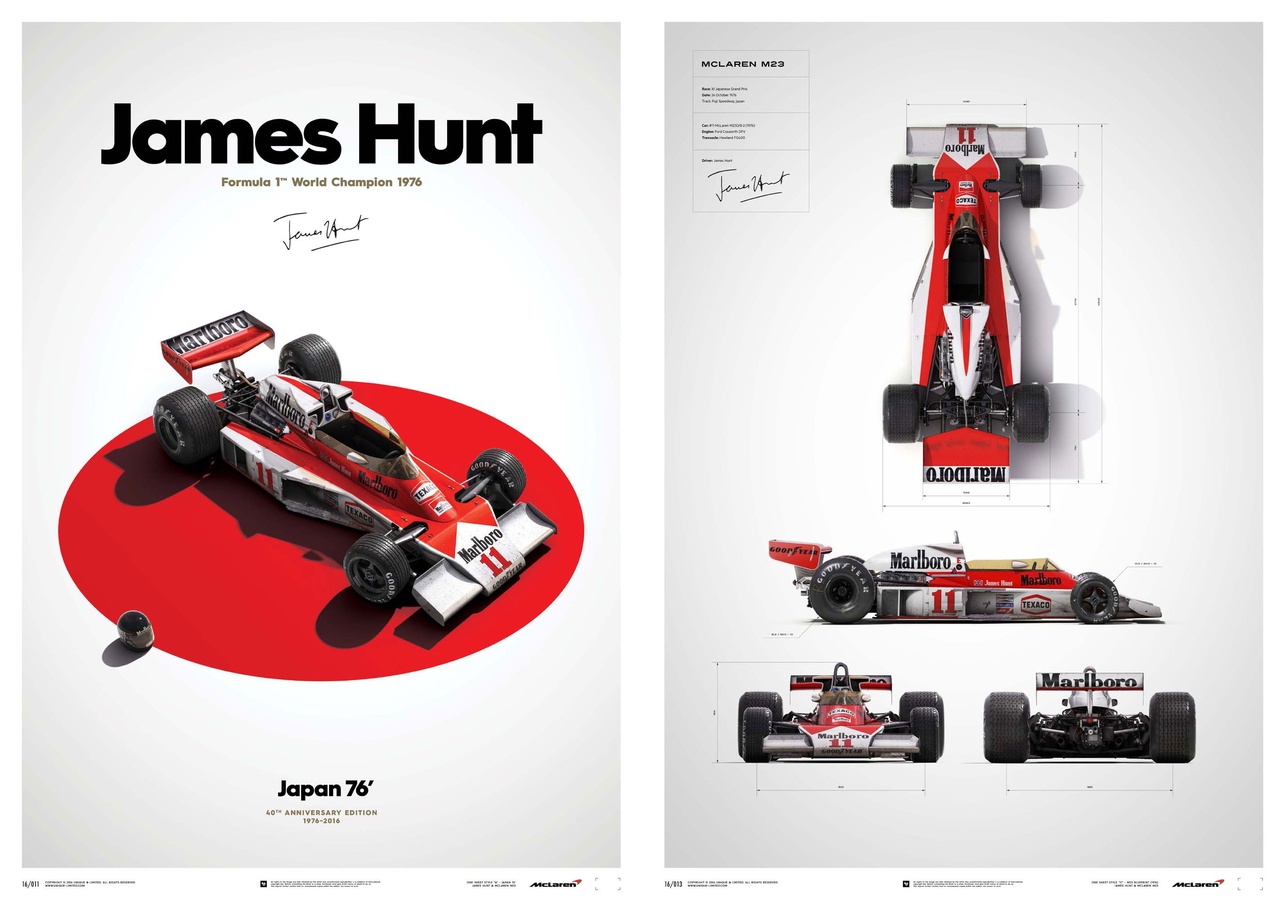 The limited edition 'Hunting For Victory' artwork prints, plus the collection of four 40th anniversary posters are available now via the McLaren Store:

The book, 'James Hunt' by Maurice Hamilton, will be released on 20th October by Blink Publishing, RRP £35. It can be pre-ordered via the McLaren Store: 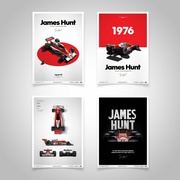