Gerhard Berger spent three memorable seasons as Ayrton Senna's team mate at McLaren in 1990-'92, taking four pole positions and scoring three Grand Prix wins. He was thus a key part of a special period in the history of the team – and indeed the sport.

McLaren.com caught up with Gerhard, and here's what he had to say about his time with the team...

Firstly I have to say that I knew Ron Dennis a long time before I went to McLaren, from skiing in Austria. Actually there was a very slight discussion when Niki Lauda stopped racing, when I was driving for Arrows in 1985. It was not deep, but it was the first time that McLaren was on my radar. But obviously there was very little possibility or chance. 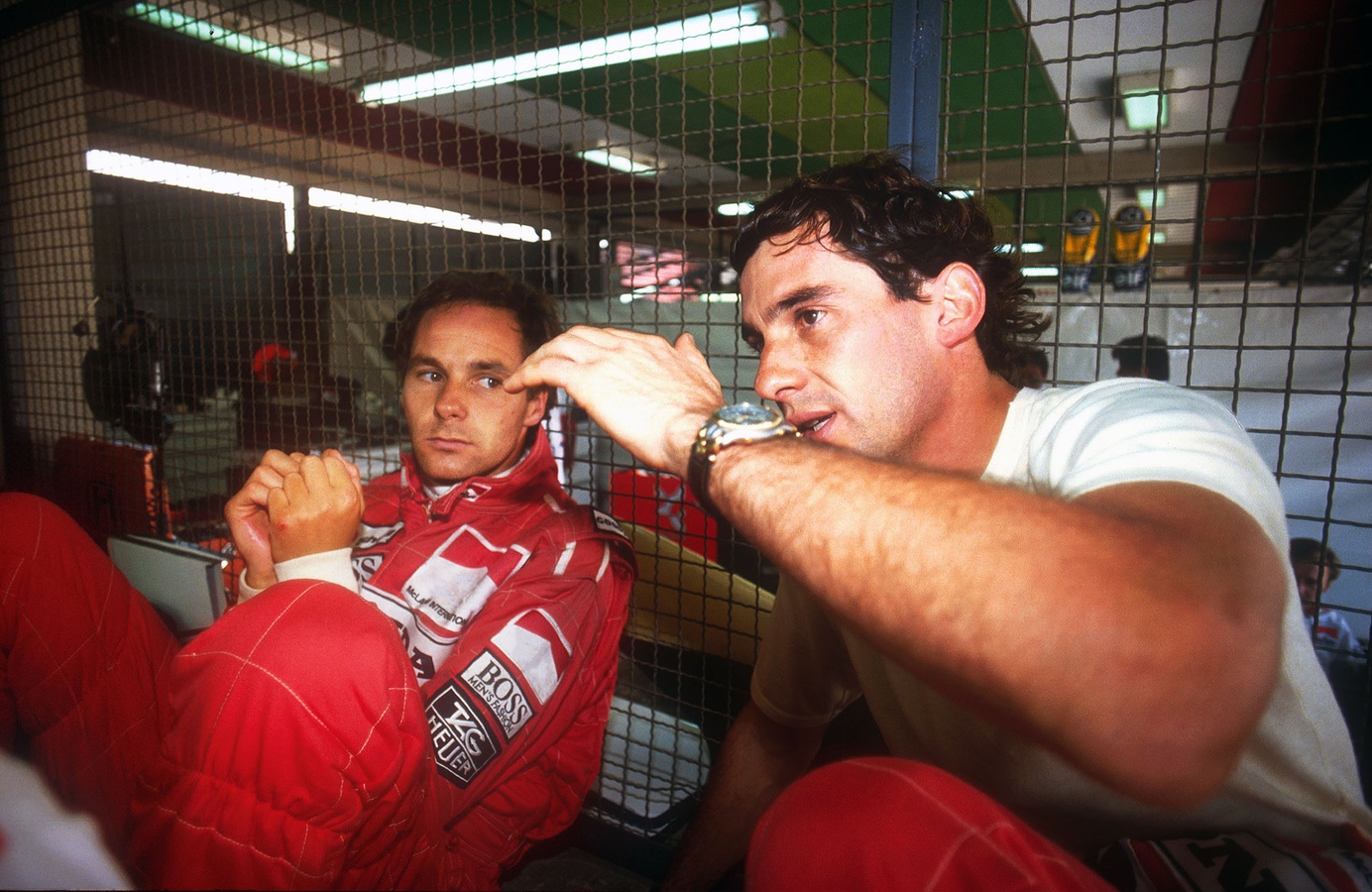 And then I had the chance again after three years. I was a little bit tired of Ferrari. I just simply needed a new challenge, and I could see that things were going around in circles at Ferrari, a bit like now. Always big hope for tomorrow, always big hope for next time! My contract was finishing, I had a new contract on the table – actually financially a much better one than McLaren – but I was just ready to do something new. The only thing I forgot was that Ayrton Senna was in McLaren, and that was a fundamental mistake!

I knew he was good of course, but we were fighting each other when I was at Ferrari, and always with my team mates I could beat them one way or the other. I didn't know that Senna was in another league, so I had no problems to go there. And that's why I made the decision to go to McLaren. And  I want to say this now, I never regretted it and I still don't regret it. Senna was very much character building for me, but I never regretted this move. 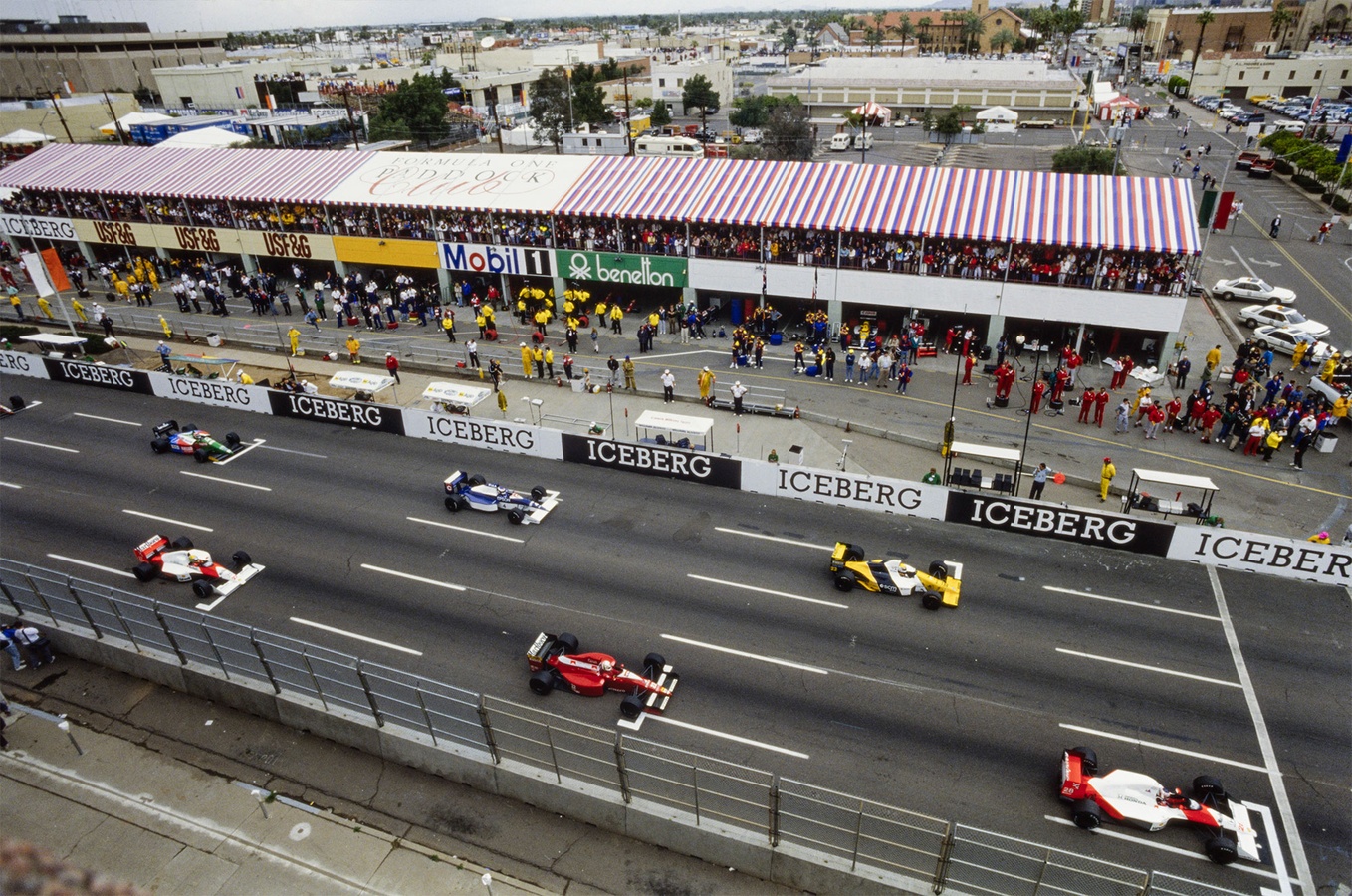 On the first Friday in Phoenix I was quickest in the wet, which Ayrton couldn't understand, and then in the dry I put the car on pole, which Ayrton couldn't understand too. The car was still built for Alain Prost, and in the race I got stuck between the pedals and I lost the car in one of the corners, and lost the race. Then Ayrton went home. I had given him something to think about, and that was it. He came back strong...

If I look back today the McLaren thing didn't work out too well for me, because on the one hand in some important races there was some bad luck involved, and then the pressure from Ayrton became bigger. The weight moved more towards Ayrton. When I say bad luck, there was this pedal thing in Phoenix, then for example I won on the road in Canada but had a penalty for jumping the start. That was painful because that was a very good race on my side. Even worse at the third race I think was in Imola. I remember we had a new spec engine. We had to gamble for it, and Ayrton won the gamble.

The positioning of myself was done in my first sixth months at McLaren – these six months were crucial for my position. It started very well in Phoenix, but then the results weren't coming, and Ayrton's results were, and the pressure became bigger. I think I became weaker and he became stronger, the usual game. Then he was leading the World Championship, and I found myself in a situation where I agreed to help him win, because I couldn't win it any more. And that was the main issue.

As I said, the car was built for Prost, so with my size... It shouldn't be an excuse, but there were a couple of things that didn't fit me. But I want to make it very clear, Ayrton was the better than me. I'm just saying on top of this, I faced a couple of things. And there was another very crucial point. I think in terms of speed I was fine to compete with Ayrton, in certain ways. But he was more focussed, and he was physically better prepared.

And here's another thing. When I was at Ferrari my engineer was Giorgio Ascanelli. We worked well together, and he understood exactly what I needed. I told him, 'The car is doing this,' and I went to the party. I came back the next day and the car was changed completely, thanks to Giorgio's ideas, and I went out and came back, and I said, 'I still have a problem here and here,' and he fixed it, like an engineer should do.

When I came to McLaren I had a very good engineer, Steve Hallam. He was used to working with Prost, who said, 'Change the roll-bar, change the springs.' Prost was the old school, and I was used to the new school with computers, and the engineers doing the calculations. So I found myself having a little bit of difficulty setting up the car right, and I was missing Giorgio. 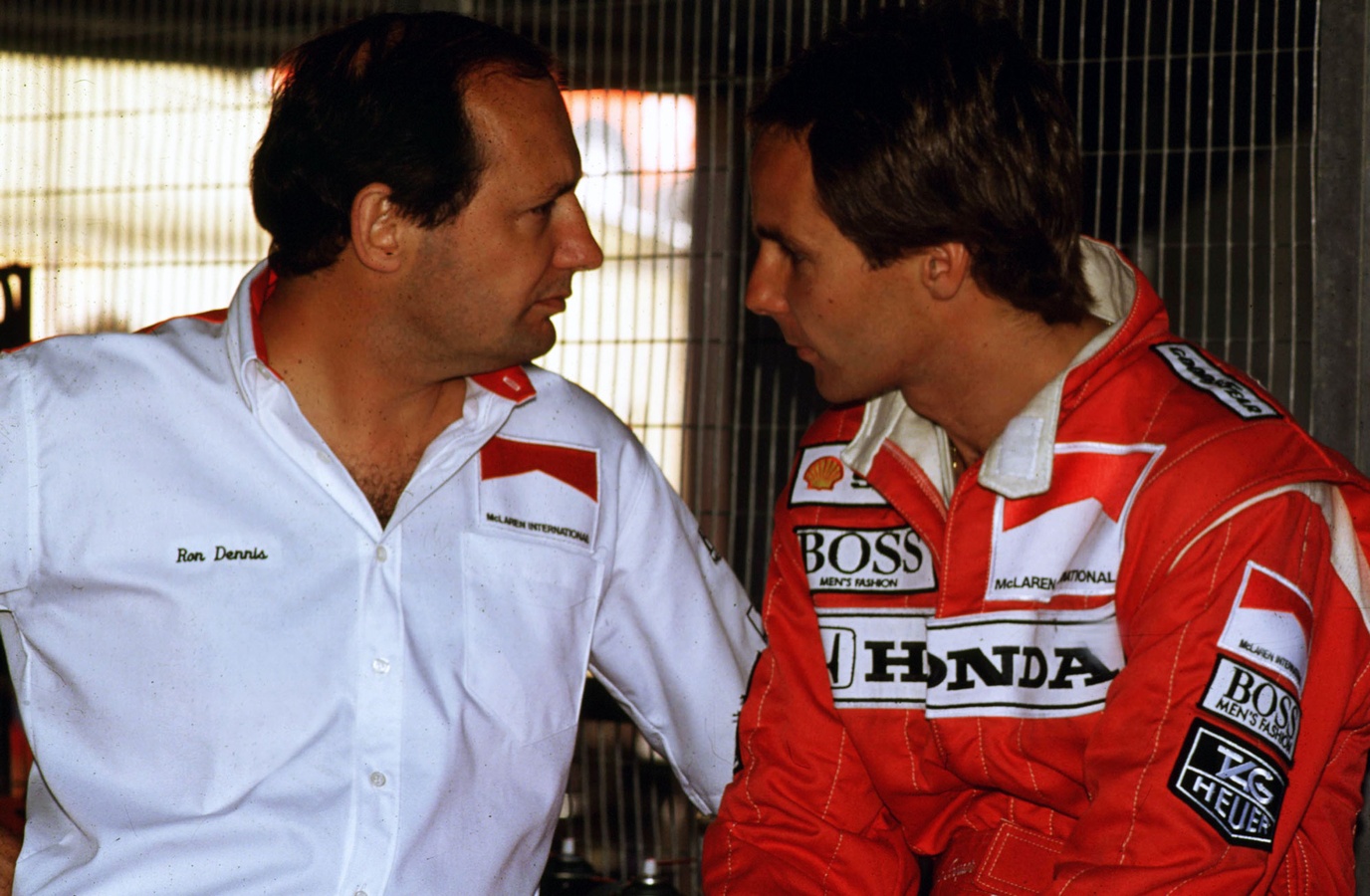 So I went to Ron and I said, 'I had a great engineer in Ferrari, and I think we should get him. I think it would really improve things for me in a good way.' So Ron took it on board and he started to work on Ascanelli. One day Ron came to me and said, 'I have good news and bad news, what would you like to hear first?'. I said, 'Of course, the good news.' He said, 'Ascanelli's coming.' I said, 'Fantastic! And what is the bad news?' And Ron said, 'The bad news is he's going to be on Ayrton's car...'

And that for me was a crucial point. So the weight got more and more on Ayrton's side, and I was more and more struggling. Nevertheless, I kept my temper. I saw the strengths of Ayrton, I saw that in general the whole team was fantastic with me. I had a great relationship with Mansour Ojjeh, but also with the mechanics. They were my family. With Ayrton, I thought just try to be better, I didn't blame the team or Honda or whatever.

The V12 car in 1991 was a bit more difficult. The engine was a bit more peaky, there was more weight in the back. We just lost a little bit. I think Honda were looking a little too much at Ferrari, where the 12-cylinder produced better power, but the package was worse – it looks better on the test bench, but it doesn't look better on the lap time.

At Imola I was leading, and there we had a camshaft problem and Patrese won the race. It wasn't a good season. I think there were races where I positioned myself so he had an advantage for his championship. As long as I could fight for the championship, of course, I looked after myself. But the second thing was to look after the team and Ayrton.

In Japan I was on pole and I was leading the race, but I had a broken exhaust. Then Ayrton overtook me. I was second and still running with the broken exhaust when he slowed down at the end. I thought he had a fuel problem or something, and I thought that's fair, I had a broken exhaust, now he has a problem, so I passed him. I didn't realise at that stage that he was letting me win. I didn't like it. If I had known I would have braked, and we would have stopped both cars before the finish line, and maybe whoever was behind would win the race!

In 1992 it was a little like the first year, I was stabilising myself a bit, but I still wasn't close enough to Ayrton. I think there was more potential in it, but due to certain circumstances I couldn't apply it right. But I had some circuits where I was always quite quick, and I won in Montreal and Adelaide.

At one stage Ayrton came to me and said, 'Gerhard, Honda will be leaving.' This was even before Ron knew it – Ayrton was the first guy to know Honda was stopping, and after that Ron learned it. Ayrton said, 'I want to win, I will leave, I will go to Williams, I think it's time to move to the best car, and the best car now is Williams.' That was the time that Ferrari approached me again, and for some reason I decided to go back to Ferrari. I have to say I got a very good financial offer, and I decided to go, knowing that Ford would most probably replace Honda. 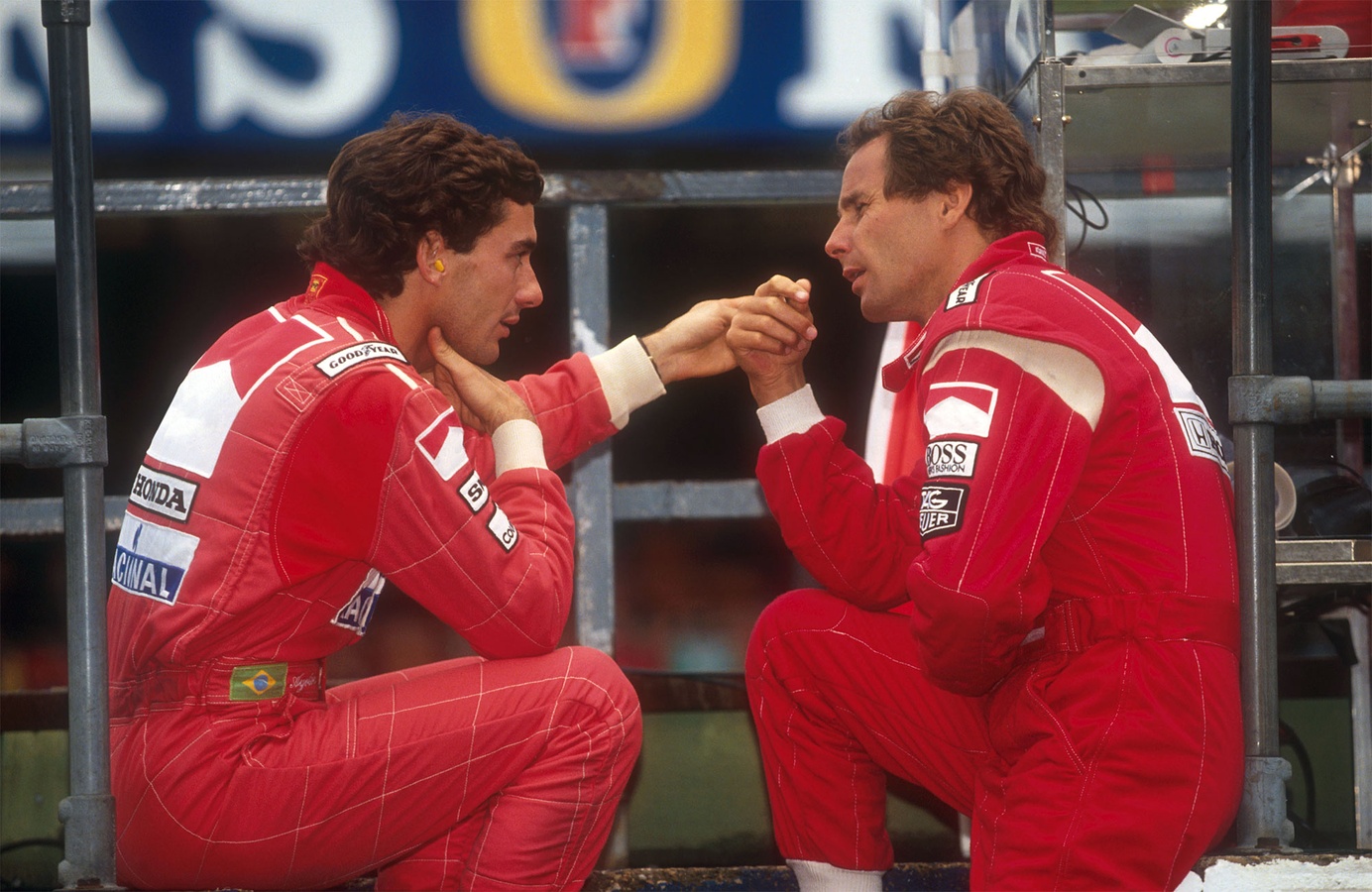 So Ayrton was sure to be in Williams, but I remember him telling me, 'I fixed everything with Frank and now he changed his mind again.' Things were going backwards and forwards, until he had to stay at McLaren. I knew he hadn't signed anything and was struggling. His plan didn't work out, and mine worked out.

Of course, Ferrari wasn't great in 1993. I was very much hoping that John Barnard could sort things out, but he couldn't. Meanwhile Ayrton won five races at McLaren – but I'm not so sure if the wins were more due to Ayrton than anything else.

The McLaren years were a dream, and I was really happy there. Even with all the difficulties I explained, we were a family. I went on holidays with Ayrton, and the team was great. There were funny stories all the time. We enjoyed life, we were crazy, we had parties, and we fought for our lives on the race track. And that's how it should be, and that's what I'm missing a lot in this world.