In the next instalment of McLaren & Me, we catch up with former McLaren driver, David Hobbs, for an exclusive insight into his time at with the team. David Hobbs contested two Grands Prix and one Indy 500 in works McLarens, but his association with the marque spread far beyond that.

I first met Bruce McLaren in 1965, when I was driving a Lola T70 in England. We raced against each other a few times then. The team I was with, although we were hopelessly underfunded, also went to the States and Canada to do what turned out to be the last year of the USRRC, before it turned into CanAm. I came third behind Bruce at St Jovite, and I was on the front row with him at Mosport. Our paths didn't cross much, but I knew him and his wife Pat very well. 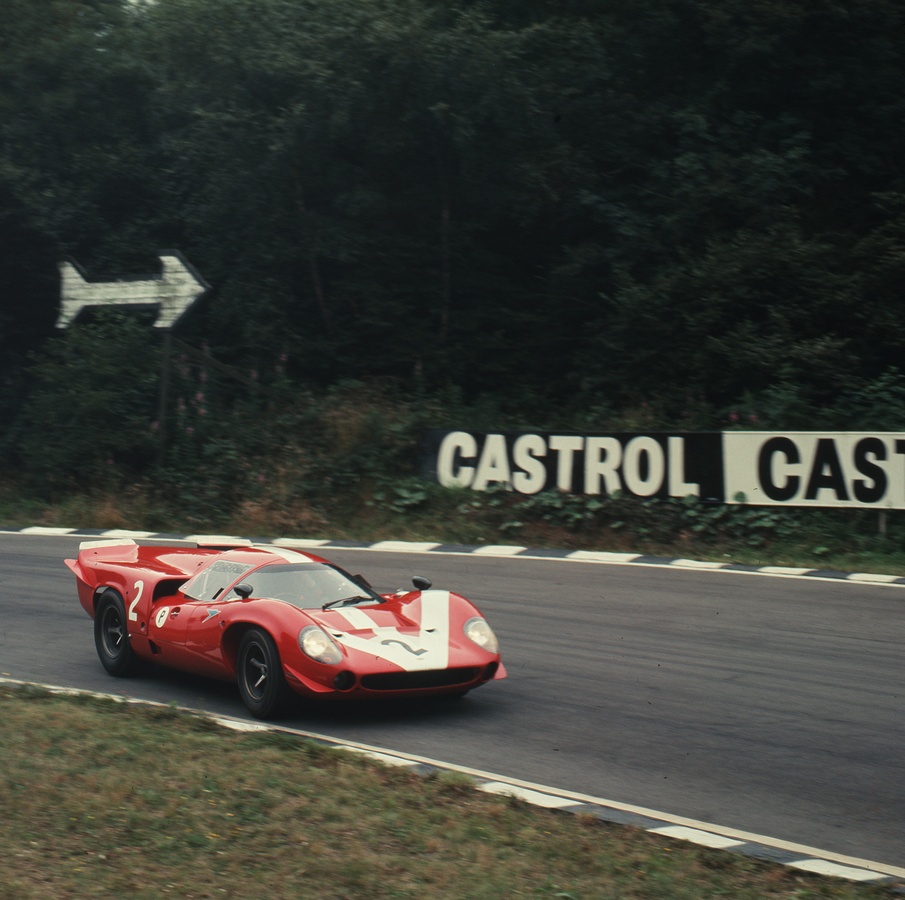 The first real success I had with a McLaren was in US F5000 in 1971. I'd been driving for John Surtees since 1969. The Surtees was a nice car to drive, and we did the American championship twice. But both times we got there very late. The first year we missed six out of 14 races, and I lost the championship by one point. The next year we went back and missed another six races, and came third.

So in 1971, when Roger Penske wanted me to drive his Ferrari 512M sportscar and at Indy, one of the stipulations was that I would have to change teams in F5000, because Surtees was a Firestone team, and Roger was very much Goodyear. So he put me in touch with Carl Hogan, and in 1971 I drove for Carl in a McLaren M10B.

The championship had been reduced in size, it was only about seven races now, and I won five of them. So I won the championship easily in that McLaren. It was a very nice car to drive, and very easy to adjust. When you made changes to the chassis you could feel the change. That kind of brought me to the attention of McLaren generally, I suppose.

At the end of the season Roger called me up and asked me if I'd like to drive at the US GP. Mark Donohue had driven his M19 in the Canadian GP, and come third. But for Watkins Glen he had a clash, and had to do the Trenton Indycar race for Roger.

However, Mark had had such a great run the week before, coming third in his first F1 race, I think he thought, 'I'd better have another go at this!' In those days there was no practice and qualifying, and every lap counted. In the end I didn't do many laps because Mark fiddled around and finally didn't decide until Friday night to go to Trenton after all, so I only had Saturday to work on the car.

The one thing it had which didn't suit me was a very, very tight differential, which induced a lot of understeer. Mark had a driving style that got over that. I certainly didn't set the car up the way I would have, because he did it and then in the end decided I'm going to go and do Trenton anyway, and left me there. I came 10th, but I think if I'd had more time in the car I would have done better than that.

The last time I drove a CanAm car was in 1973. I drove for Roy Woods, and I had Peter Revson's M20 from the year before. McLaren had pulled out, because the Porsche was so dominant. Right at the beginning of the year the car was late, so we missed the first race. I probably had one of my best races ever at Watkins Glen when I came second behind Mark Donohue, who had the Porsche 917/30K, and I beat about five other Porsches. So that was a pretty good race for me. 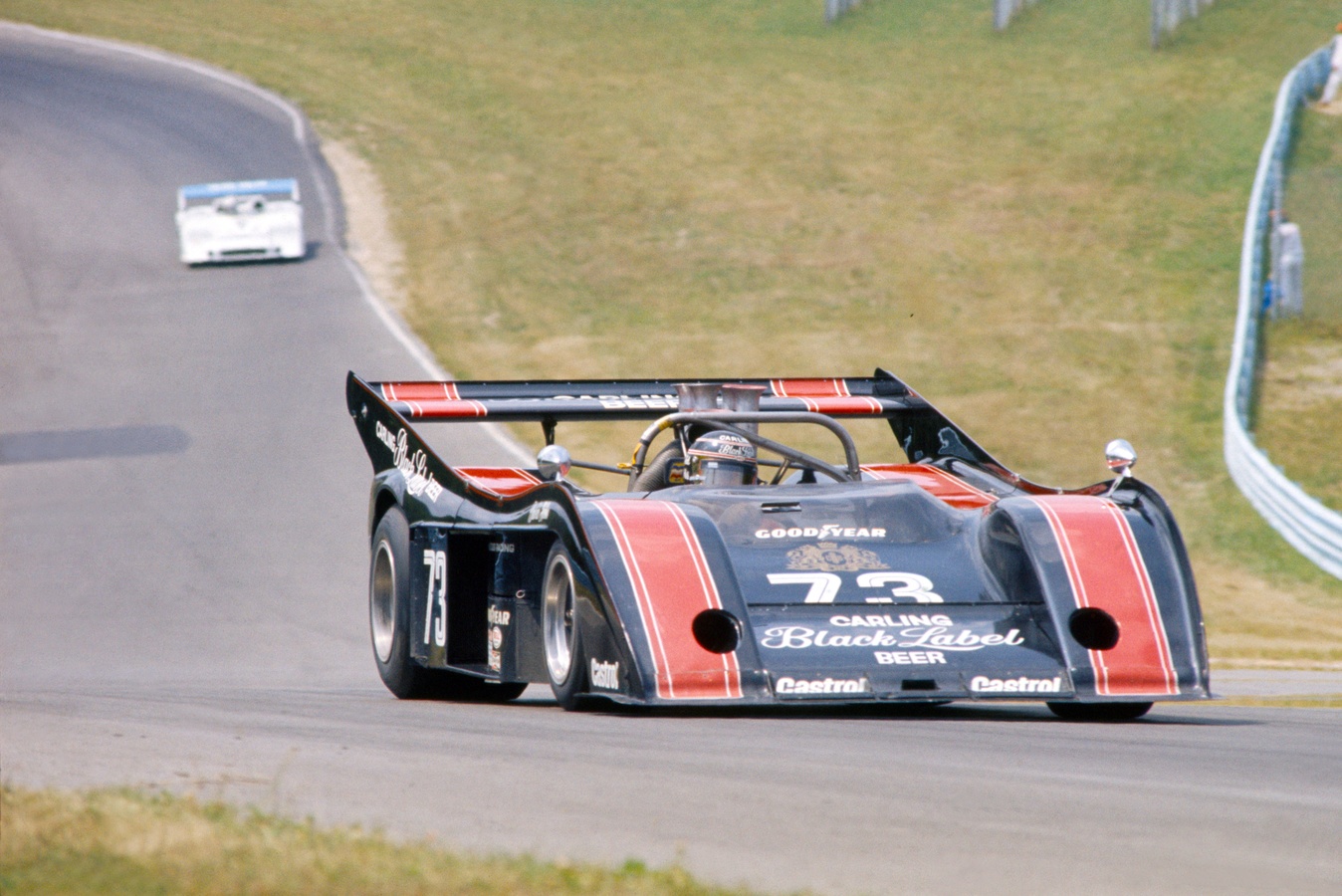 Unfortunately Roy Woods was getting a little bit desperate. His engine man was very good, but they kept upping the size to try to compete with Porsche, which was a hopeless task. So towards the end of the year we had a lot of reliability problems.

That year I also drove a Carling Black Label-backed Eagle for Roy Woods at Indy. In 1974 he didn't  have that sponsorship any more, but Carling decided that the Indy experience had been so positive, even though we only came 10th after a long pit stop, they still wanted to sponsor me. And I took the sponsorship to McLaren, just for the one race.

Tyler Alexander was in charge of the cars, and Teddy Mayer was there of course. We got on very well, and I loved driving the car. It was very reliable, and we did hundreds of miles of testing. For me and them it was more or less a dream weekend. My team mate Johnny Rutherford's car wasn't sponsored, and he started 25th and won the race, and I came fifth.

That too was a nice car to drive, very adaptable, very easy to adjust. It was the first year of a finite amount of fuel, and the cars had smaller tanks. I didn't do a lot of racing in '74, and towards the end of the race my neck started to get a bit tired, because I wasn't in very good racing trim. We also didn't have enough boost, we ended up with about 20 gallons of fuel left. I also had make a green flag stop, and no sooner had I pulled out of the pits than the caution flag came out, and I was a lap down, which is where I stayed. I think I should have been third, or I might have been second, but I would never have beaten Johnny.

That introduced me to McLaren, again. Later on that year Mike Hailwood was driving the third Yardley M23 when he crashed at the Nurburgring, and broke both his legs. Mike and I were very close friends, and I went to see him in hospital two or three times. He and I lobbied strongly for me to be his replacement, which I was for the Austrian and Italian GPs. 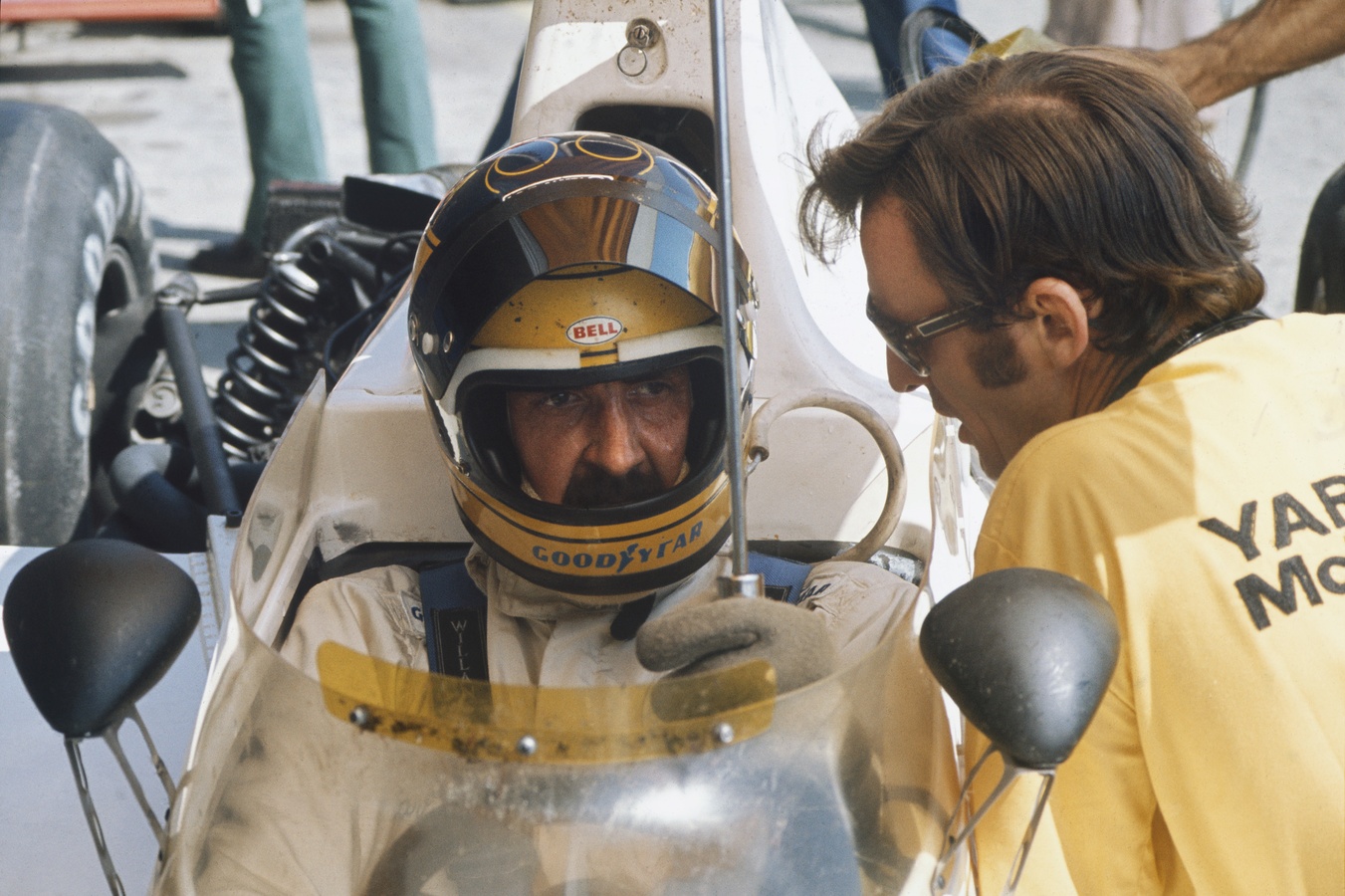 I didn't have much contact with Emerson Fittipaldi. At that time I was a bit in awe of someone like him, so I didn't go bothering him, or ask him what he thought or anything like that. But I'd known Denny Hulme since we were doing Formula Junior together in 1963.

My engineer was Phil Kerr, who'd been an administrative guy with Bruce for years and years, and I'm not sure he was great at setting cars up. I hadn't driven F1 cars much, and the engine characteristics were very different to the F5000.

I felt that I should have had more input into how the car was set-up for both those races. The M23 was very nice to drive, but I wish I'd been a bit more assertive. I've decided over the years that's what makes the great drivers great – they are tough and they do what they want, and they force it through. There's none of this, 'If you think that's better we'll do that then.' There was no data collection, all the data came through the driver's backside. 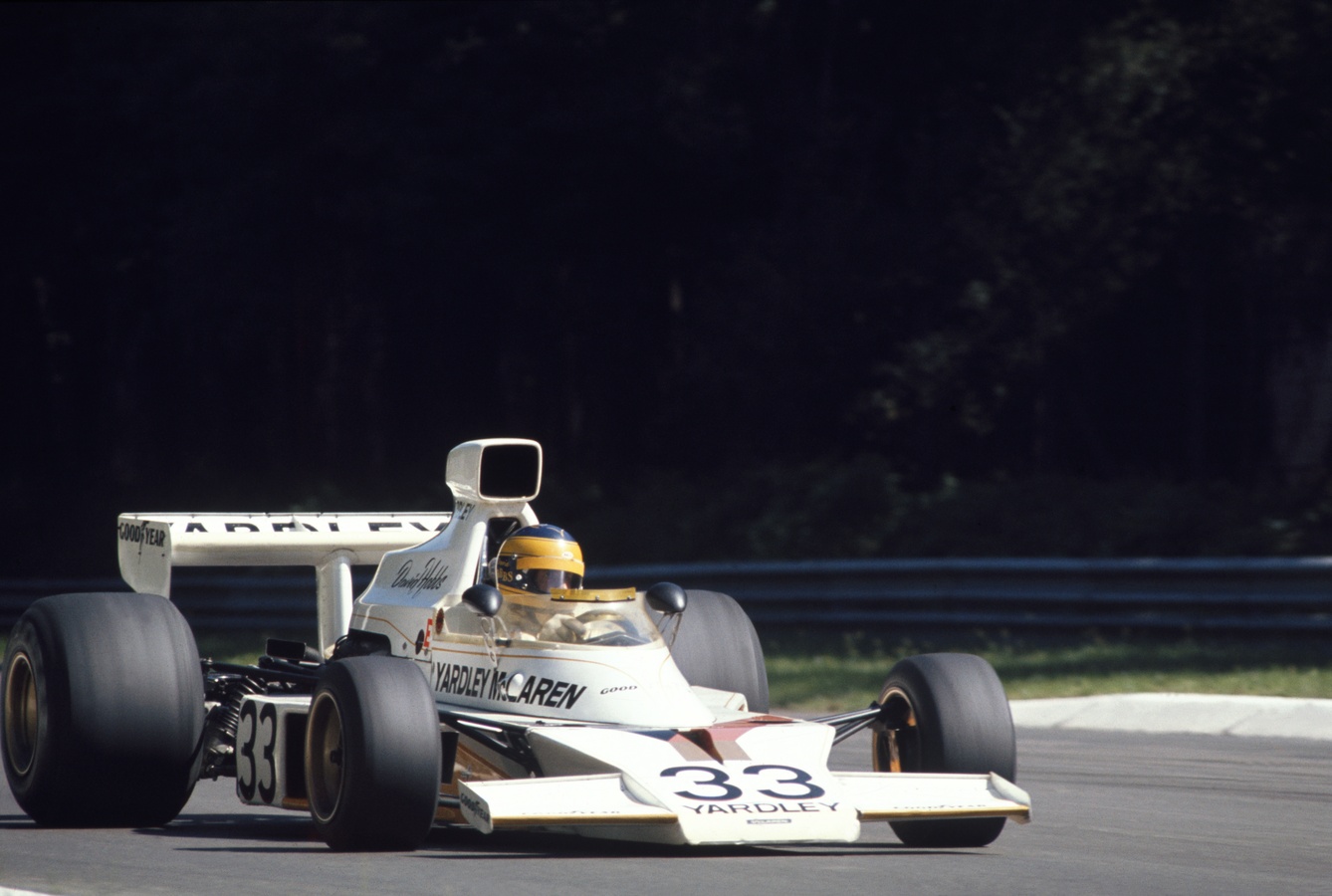 I finished seventh in Austria – it was the first time I'd been to Osterreichring, and it was very daunting – and ninth at Monza. You would get points for that these days! But I think I would have come fourth or fifth in both of them if I'd done it my way. That was a great little car to drive, it didn't have any horrible understeer or snap oversteer, but I just wish I'd tweaked the handling to my way of driving, rather than having them tweak it to how they thought it should be.

The thing I was really looking forward to was going to tracks I knew better, Mosport and Watkins Glen, which I'd done so much on in the last few years. But then after Italy they decided to put Jochen Mass in the car. The rest as they say is history!

I did Indy again in a private McLaren in 1976, for the Dayton-Walther team. The car was so badly prepared I just got in the race on the last Sunday of qualifying, so I started near the back. It was falling out of gear on the pace laps. I did about 10 laps, and it was a waste of time.

In 1977-'79 I drove for BMW in IMSA. It was run by McLaren North America, which was a partnership between Teddy and a guy called Bill Smith, who was a Ford dealer from upstate New York. It was a joint effort between McLaren and BMW, and McLaren did a lot of the engine work themselves. Tyler was involved, and Dave Ryan was there for a while.

I drove with guys like Ronnie Peterson, Marc Surer, Derek Bell and Eddie Cheever. We didn't win the championship but we won a lot of races with that 320, until it finally got outpowered by the Porsche 935. I think for BMW the whole effort was aimed at developing the 4-cylinder turbo for when they were going to do F1 a couple of years later.

So McLaren has played a big part in my racing life one way or another, and my experience with the company over the years has been pretty good. I was very happy when Ron Dennis invited me to the lunch when the Queen opened the new technology centre! 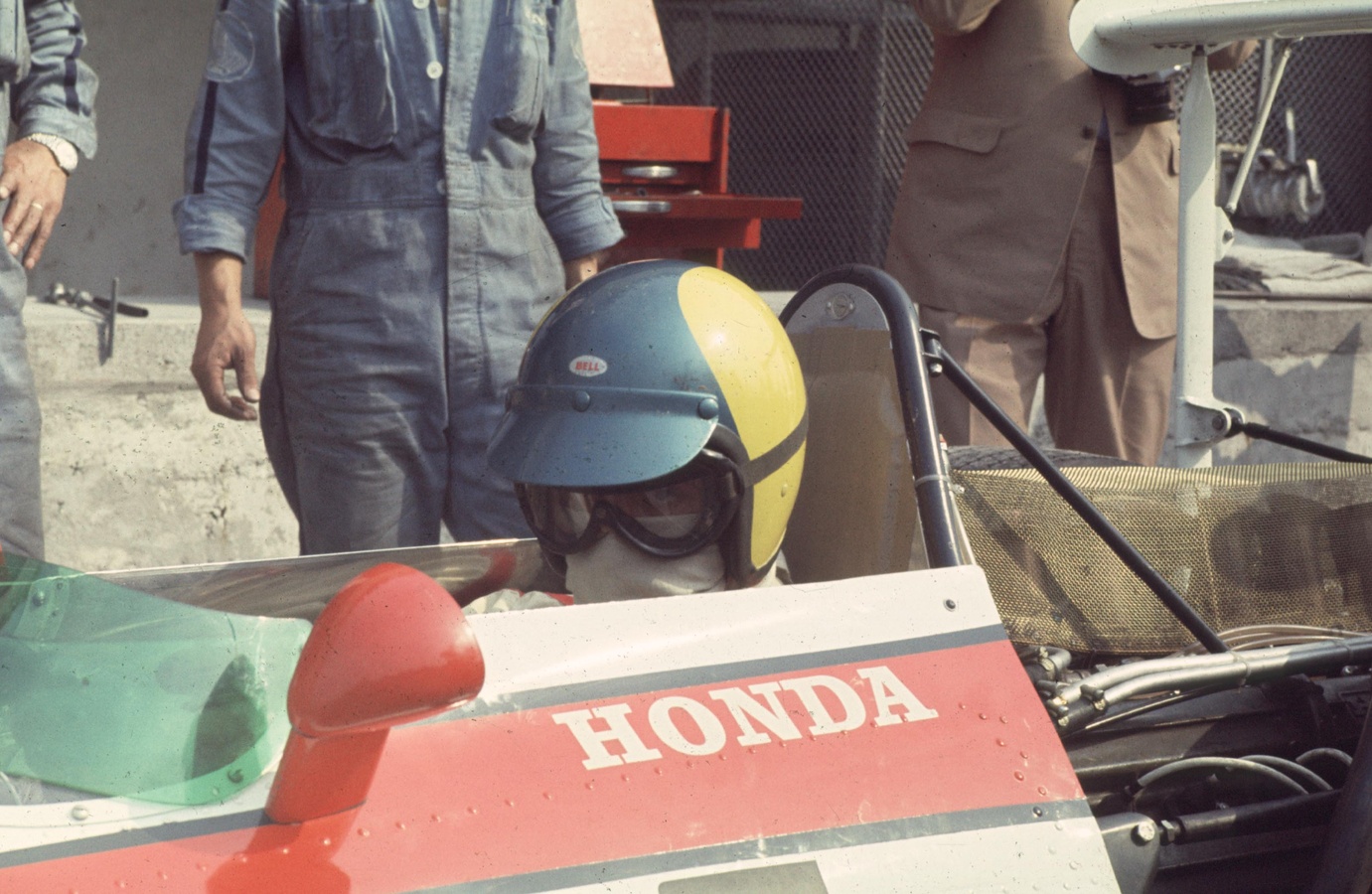 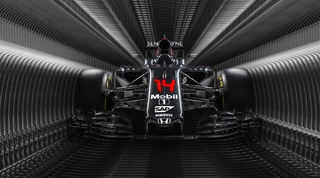