Had he lived, Ayrton Senna would have been 59-years-old today.

To celebrate his birthday, we asked the employees of McLaren Group to send us their most cherished memories of Ayrton. To some, he was a hero. To others, he was also a friend and colleague.

My cherished memory of Ayrton is when he held off a dominant Nigel Mansell to win his fifth Monaco Grand Prix in 1992.  Being in a far less competitive car at the time and myself, a massive Mansell fan shouting at the TV hoping red 5 would get past. Although frustrating at the time, I could not but respect his skills behind the wheel.

Testing at Imola in 1990, I stopped at the hotel to finish some software. At 18:00 I went to the restaurant, and Ayrton Senna was sitting at a table; he gestured for me to join him. He was finishing a huge platter of lettuce. The waiter removed the platter and returned five mins later with another; the lid was removed to reveal more… lettuce! This repeated, the waiter returning with yet another platter. I was thinking what self control & discipline Ayrton had when… the lid was lifted to reveal a mountain of chocolate covered profiteroles! Ayrton was human after all.

One of my favourite memories of Senna is the 1991 Brazilian GP when he won the race with a broken gearbox through tremendous determination. So much so that he had to be helped out of the car and receive medical attention immediately.

In 1991 Ayrton Senna ran out of fuel at Club Corner, Silverstone, where my family and I sat at for 16 consecutive years (1988 - 2004). At the end of the race Senna was picked up by Nigel Mansell, to get back to the pits, which created that iconic picture. 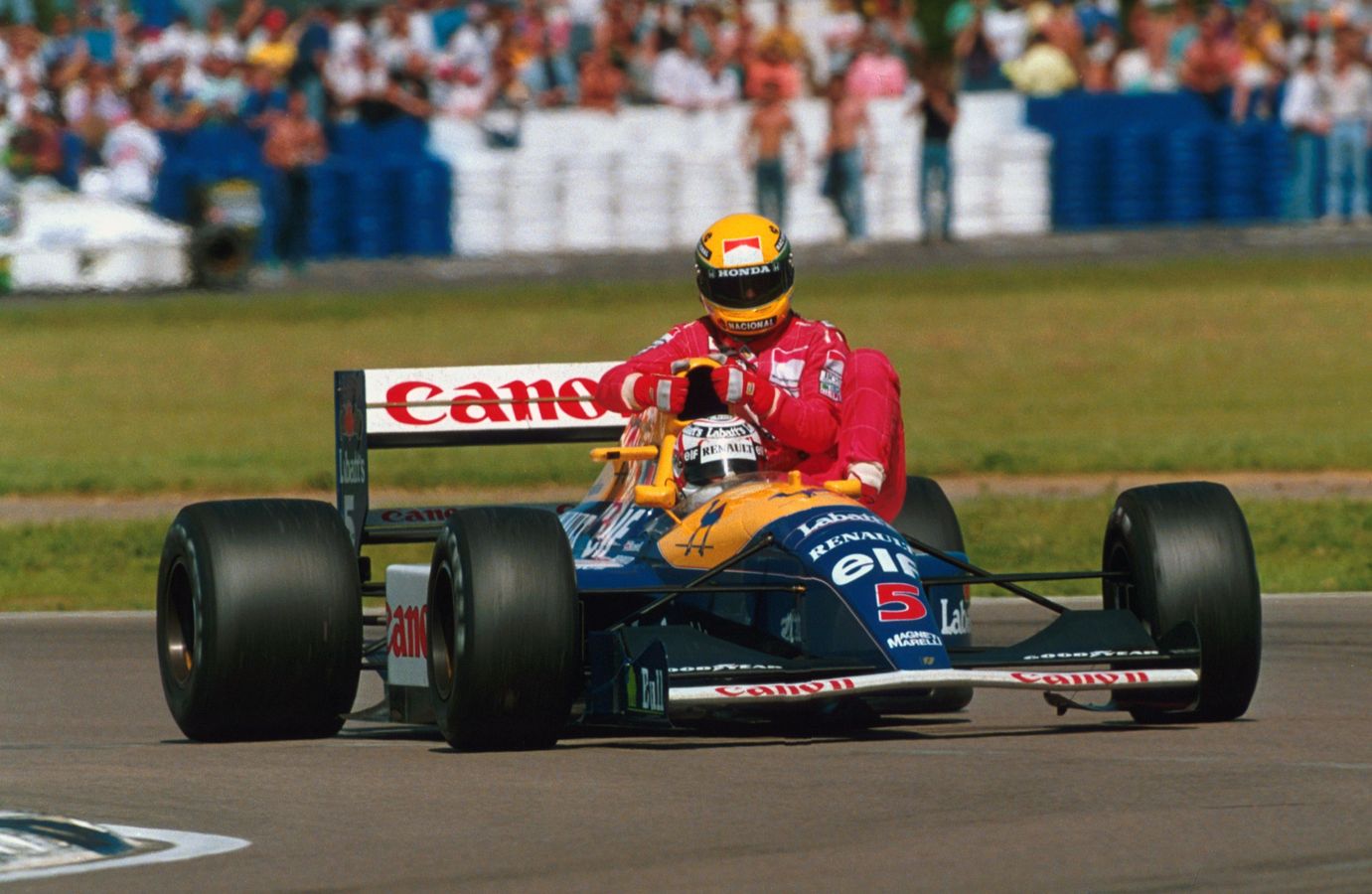 That same year Ayrton won the world championship with McLaren. There was a standing ovation from every member of the crowd, to show respect to two great drivers.

My first memory of Ayrton is probably the most cherished. It’s not of any great feat at the circuit or a particularly emotional moment. It’s simply being in the queue with him in the staff canteen. The fact that he stood in the queue with us and paid for his own meal - nothing spectacular, but a real testament to the humility of the man.

Recently having permission to light the Paul Oz statue in the colours of the Brazilian flag, alongside one of his championship winning cars on the boulevard at McLaren HQ was a special moment for me, and I hope a fitting tribute to one of the people integral in making McLaren great.

It's 11 April 1993, Donington. Ayrton qualifies fourth on the grid, it’s wet which normally means it levels out the playing field in terms of power. In front of him are the two Williams cars and a Benneton. The lights turn green and the cars scamper into the first corner.

He decides to leave the racing line and overtake all the cars in front of him to finish the first lap in first place. Just to enforce his dominance he lapped the entire field apart from second place to win the race. Never forgotten that day. 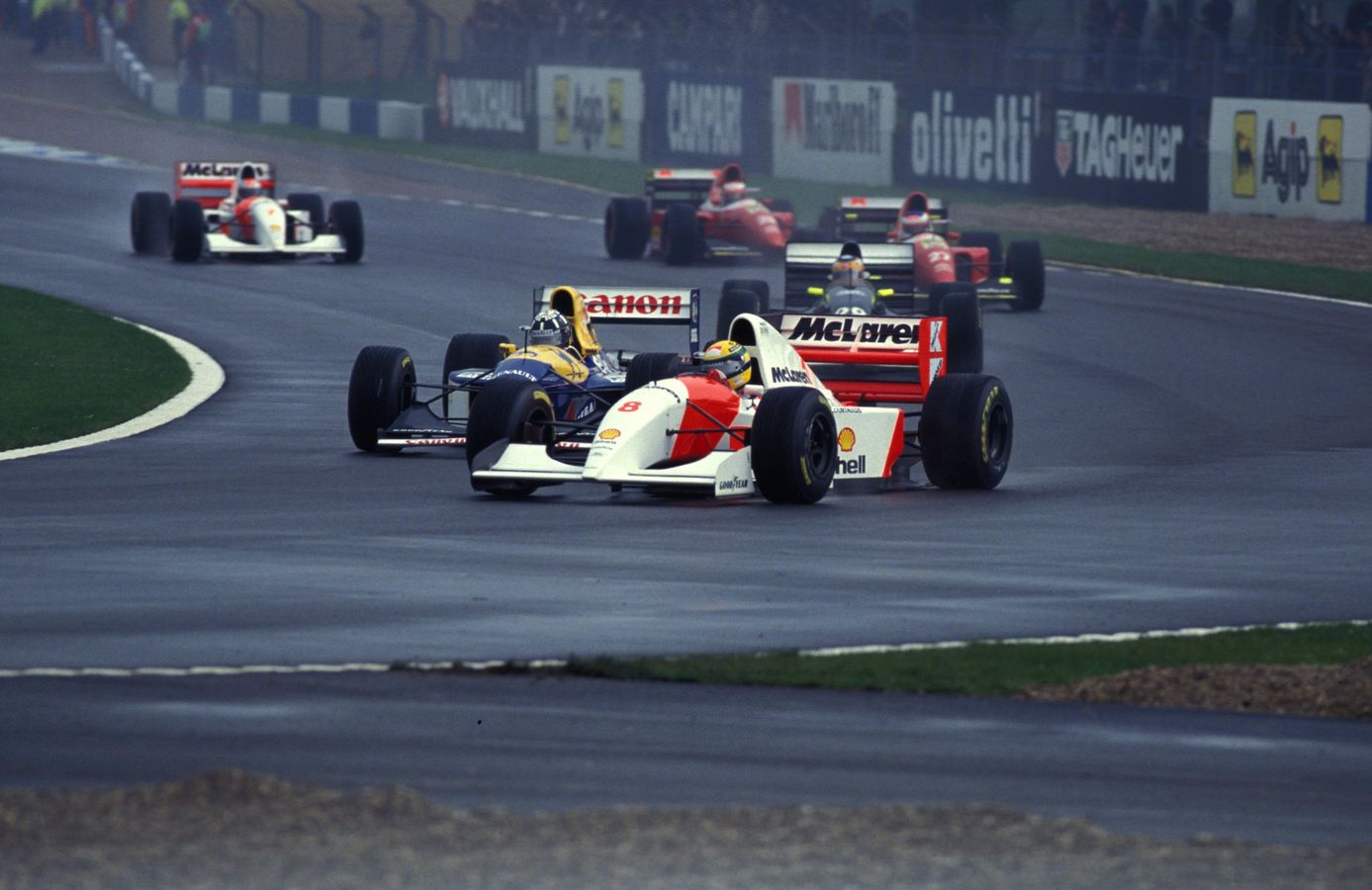 The moment that stands out is qualifying for Monaco in ’88. Typical lap time gaps between talented team mates were rarely more than a few tenths of a second. Ayrton drove a lap that was 1.43 seconds better than Alain Prost (at that stage a two-time world champion). When asked about it afterwards he described it as:

“There was no margin whatsoever, in anything. When I was doing it, it was a wonderful feeling, because I had experienced something I had never experienced before. The desire to go further was so big. When I had that feeling, I immediately lifted. I said to myself, ‘Today, that is special. Don’t go out any more. You are vulnerable'.”

Ayrton had this incredible ability to go into another realm of performance – for him this awesome lap was a spiritual experience.

As a Brazilian that used to watch F1 races in my teenage years, to see him flying the Brazilian flag high up over the tracks across the world was remarkable in my life. A special moment was his home victory in 1991 in pain and, after the chequered flag, the glory. Senna’s attitudes on and off track are still a reference for me, something that makes me inspired. As he used to say, “I have no idols. I admire competency, hard work and dedication”. For me, that's what it's all about.