In the next edition of McLaren & Me, we catch up with former McLaren driver, Juan Pablo Montoya, for an exclusive insight into his time at with the team. JPM was at Williams when he signed for McLaren long before he first raced for the team in 2005. He scored three wins in that first year, but in the middle of a frustrating ‘06 season he parted company with the team to pursue a new life in America.

I signed for McLaren in the summer of 2003. It’s like everything, timing is really important, and the timing was good at that point. So we got the deal done. It was done early, and I thought it was the right decision. McLaren, like Williams, had a lot of history. And to be able to be of that history was really nice.

In a way probably my most enjoyable year at Williams was ‘04. There was really no pressure, I still wanted to win races, I still wanted to do the best I could, so it was fun. And to finish that year with a win in Brazil, and especially beating Kimi in the McLaren, it was good! 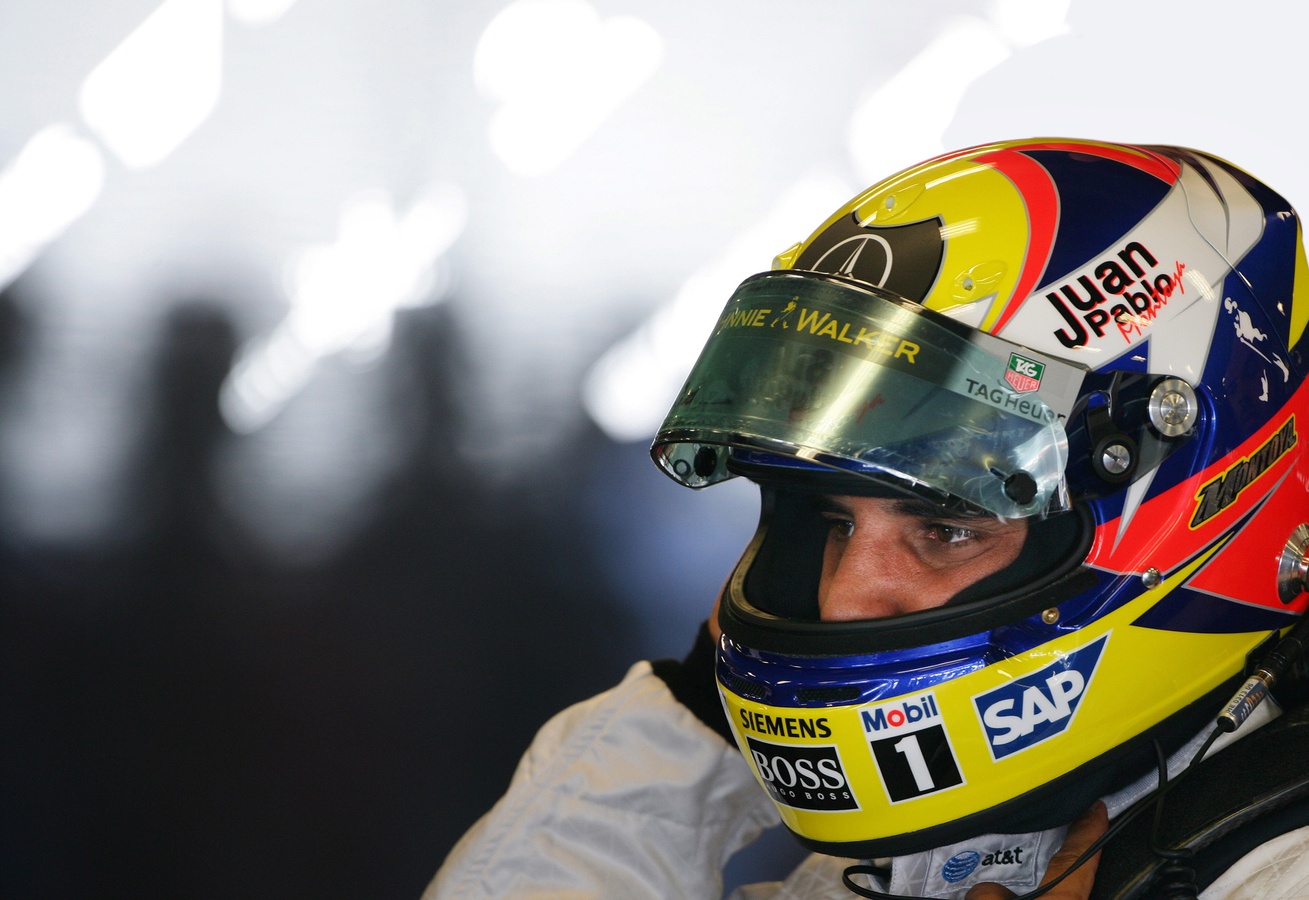 To be honest when I first drove the McLaren, it was really different to drive – I was shocked how different it was. It was very difficult compared to what I was used to. It just snapped on the entry to corners, and I liked a car that turned a lot in the middle. The Williams did that, and the McLaren did the opposite. It just didn’t turn at all through the middle. Kimi liked it, and I hated it!

So we made a lot of changes to the suspension. I remember Pedro de la Rosa and Alex Wurz were the test drivers, and they struggled to drive the car too. It was really good, because we found a way to make it drive better, and when we did, the results started coming in.

I scored points in the first two races of 2005, but then I had to miss Bahrain and Imola. The injury was just something that happened. Everyone wanted to make a big deal out of it, like everyone does in F1! It was what it was, it happened and we moved on.

Monaco was really good, I was fifth from the back of the grid. In Canada I went through the red light, and was disqualified. 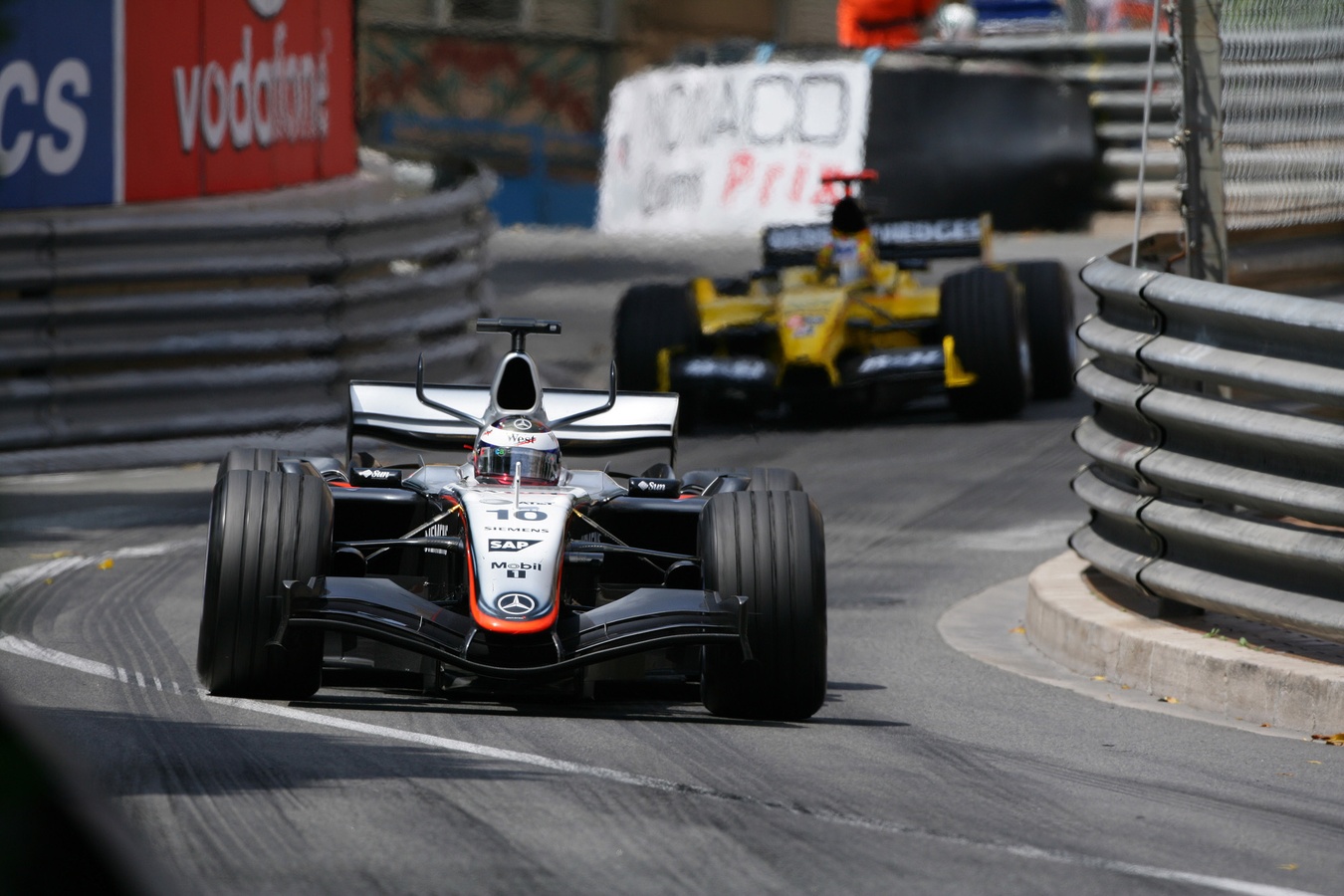 I had a lot of problems, but that’s racing. Nowadays when somebody breaks down, it’s ‘Oh my God, it’s a conspiracy!’ What people don’t understand is how much goes into one of these cars now. With simulations they can do a better job and it’s going to break less, but there’s still a chance. Everything is pushed so far.

Silverstone was really good. We had good pace, and the start was really good fun, actually. I was starting fourth, I think behind Fernando, and the McLaren always used to have amazing starts. I told the guys I bet you if I get a good start Fernando is going to lift through the first corner, and I probably can get him around the outside. At the start I got a really good run on him, and as he turned in, he lifted! I thought what the hell, just go for it. Winning there was good.

Monza was funny, because we were so quick in practice. I’ve still got it in my head how we started, and I got a three second gap. We didn’t change tyres then, and the tyres started going off, and I backed off the pace. I remember Kimi came from behind, and he was pushing like crazy. I knew that if you pushed like that, you’d have to change tyres. And you couldn’t. And he had to come in and change. I did exactly what I needed to do, I opened up a gap and just managed the gap all day. I was never a big believer that you needed to win by a million seconds.

Monza and Brazil I won with both Williams and McLaren. For some reason Interlagos was a really good track for me. It was one of those tracks where you went there and you were really quick. There a few details that if you got right, you were there. 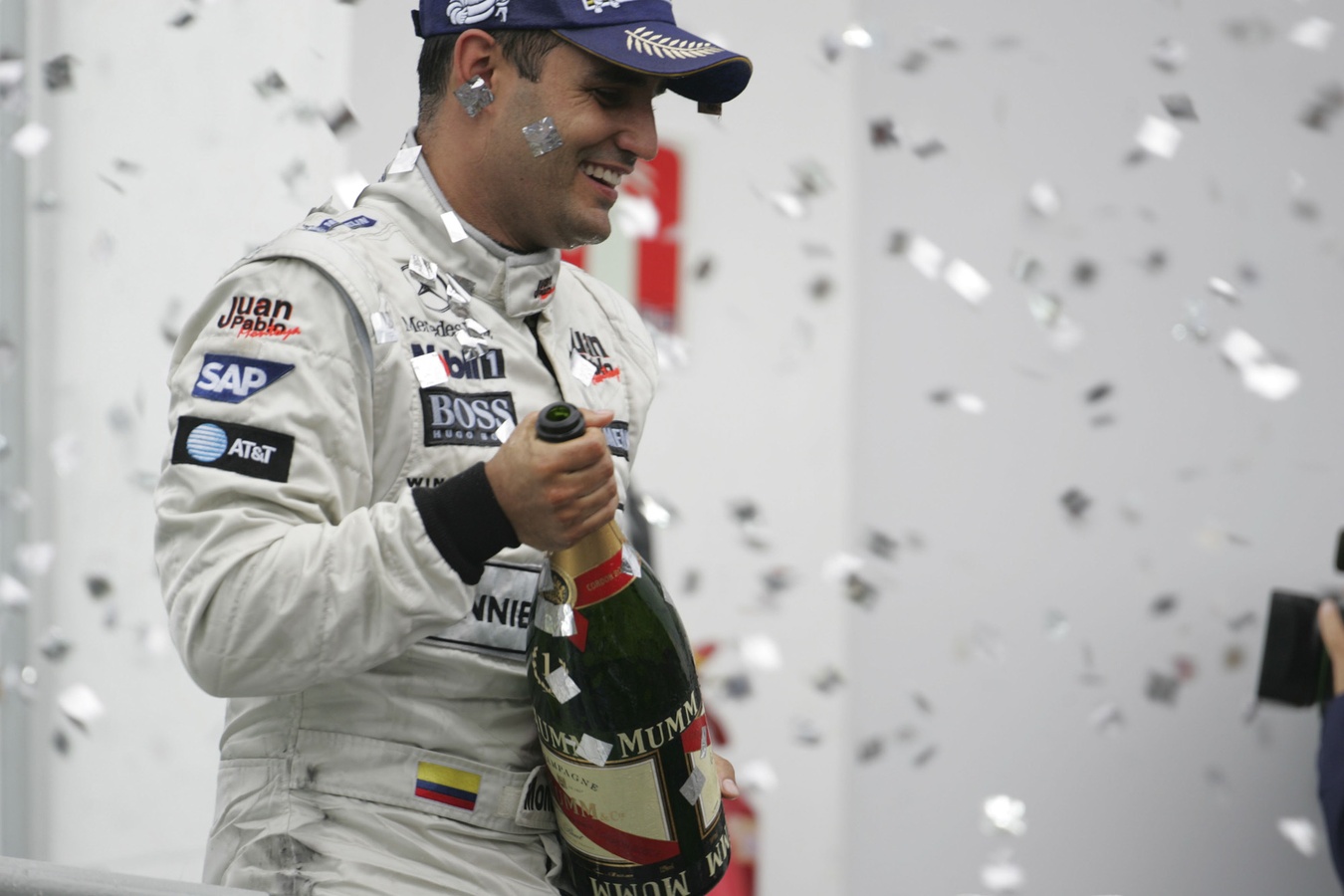 We finished the first year really strongly. The car handled a lot better in that second year, but I think Mercedes was a bit behind in power. It’s funny because in the first year we won races with a car that didn’t drive that well, and the second year was the opposite, but it was OK.

The team had an option on me in December 2005, for 2007, and they didn’t take it – they said they wanted to wait a little bit more. We knew Fernando was coming, and we knew Kimi was going. You have an option on me, and you’re saying you want to take a little bit more time? I was more of the theory you either want me, or you don’t. If I’m not worth enough to be there, then I might as well do something else. In my mind from that point on it didn’t really matter. You’re already looking into the future, where are you going to go, what are you going to do?

Ron still wanted to delay the decision about 2007, and I wasn’t sure if I wanted to stay there as well. A lot of things came together, and the opportunity to race with Chip Ganassi in America came on board. I wanted to be in F1 for winning, I didn’t want to just fill the grid. There were no really good opportunities.

Also we always wanted to live in the States when I retired, so we thought we might as well do it. As I always say, everything happens for a reason. The year before we had just bought an apartment in Miami. So we didn’t even have to look for a house!

The way Verstappen’s been treated, I got treated like that a lot. I would pass people. I left and then people realised two years later, ‘We’re missing that.’ I got an award for overtaking move of the year, and I thought that’s my job, that’s what we’re all supposed to do!

Looking back on my F1 career I can say that I ran for McLaren and Williams, Mercedes and BMW, won races for them. In my mind I wasn’t going to have an opportunity to win a World Championship. I’d won all the races I wanted to win, I had one kid and another on the way. I have no regrets that I’m aware of.

I think I made so many friendships with the people I worked with that it’s nice to come around from time to time. The guys that I worked with were unbelievable. We had a really good working environment, we worked really hard, we developed the car. I think the last suspension we developed there stayed on the car for three years! I did a lot of really good things, and we took the team forward.

If you do a good job and you work with the people around you, everybody is invested. I think I always did a good job in getting people invested in what I do. I think I created very good friendships, and the result is what you see today. There’s a lot of people I worked with still around the F1 paddock, and people are always happy to see me. I’m just a guy. I told someone recently that I never fitted, because I was never a primadonna, I was just a guy!

To honest, it has actually worked out really well. NASCAR was fun, and I ran really well at the beginning, and then we had a couple of tough years. But it makes you a better person, it makes you stronger as a driver, you learn to appreciate things in a different way. Then getting the opportunity with Penske in Indycar was unbelievable, winning the Indy 500 again, winning races every year for them. You can’t complain!

Exclusive insight into the driver's time at McLaren