How does it feel to drive Senna's MP4/5B?

How does it feel to drive Senna's MP4/5B?

Driving Ayrton Senna's 1990 Championship-winning MP4/5B would be on the bucket list of any motorsport enthusiast, and Pato O'Ward was no different, describing it as an experience he never believed he'd get to tick off.

To his amazement, the Mexican racer got to live out that dream at the Velocity Invitational Event at WeatherTech Raceway Laguna Seca, where he was given the opportunity to wrap his hands around the steering wheel of the MP4/5B.

The 1990 Championship-winning car was raced to six victories and 11 podiums by Ayrton Senna as he won his second title for the team.

"Senna's 1990 MP4/5B is the car," said Pato with a beaming smile. "It is the car you still see regularly on social media with onboards and soundbites. I didn't think I would ever get to tick driving this car off my bucket list. 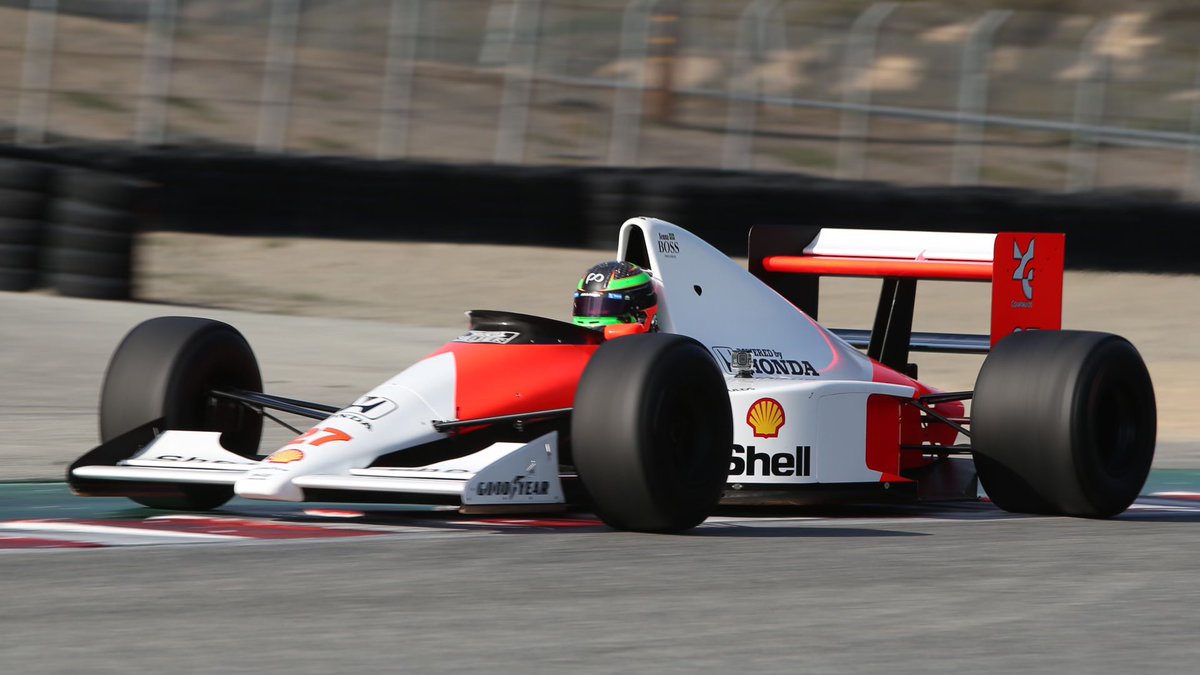 "It is basically a museum piece. I didn't know that I would get to drive it until a few days before the event, and I didn't know what to think. I was excited, mind blown and nervous all at the same time. When I drove the car, it was so raw and so alive."

Born in 1999, five years and five days after Senna's death, Pato wasn't alive to witness the Brazilian driving the car for real, instead, living it through race footage from the archives and various documentaries.

Enjoying a once-in-a-lifetime experience that few will ever get to realise, Pato remains in awe of his time spent in the MP4/5B and was happy to paint a picture for those who haven't been so lucky as to drive it.

"When you jump in the car, your shoulders are right up against the bodywork," he explained. "To be blunt, the drivers at the time would have been facing death right in the eyes every time they jumped into the car because it is 500 kilos and has 700 horsepower.

"For me, this has magnified my respect for the guys who used to drive back then because they were putting their lives on the line every time they got in the car, whether it was during a qualifying lap or a race lap.”

Having recently completed two Formula 1 tests in the MCL35M with the Driver Development Programme, Pato had a direct comparison to modern F1 machinery.

"It is completely different to the Formula 1 cars nowadays," he continued. "The cars now don't like to move around, you have to hustle the car around, but they don't want to be moving around, especially the rear of the car because there is so much downforce.

"This car, though, the way that it moves into the corners and rotates, it represents perfectly what motorsport was back then. It is so highly respected."