Forty years after it won the British Grand Prix, the McLaren M26 has been somewhat overlooked by history – for the simple reason that it had such a hard act to follow in the shape of the iconic M23. 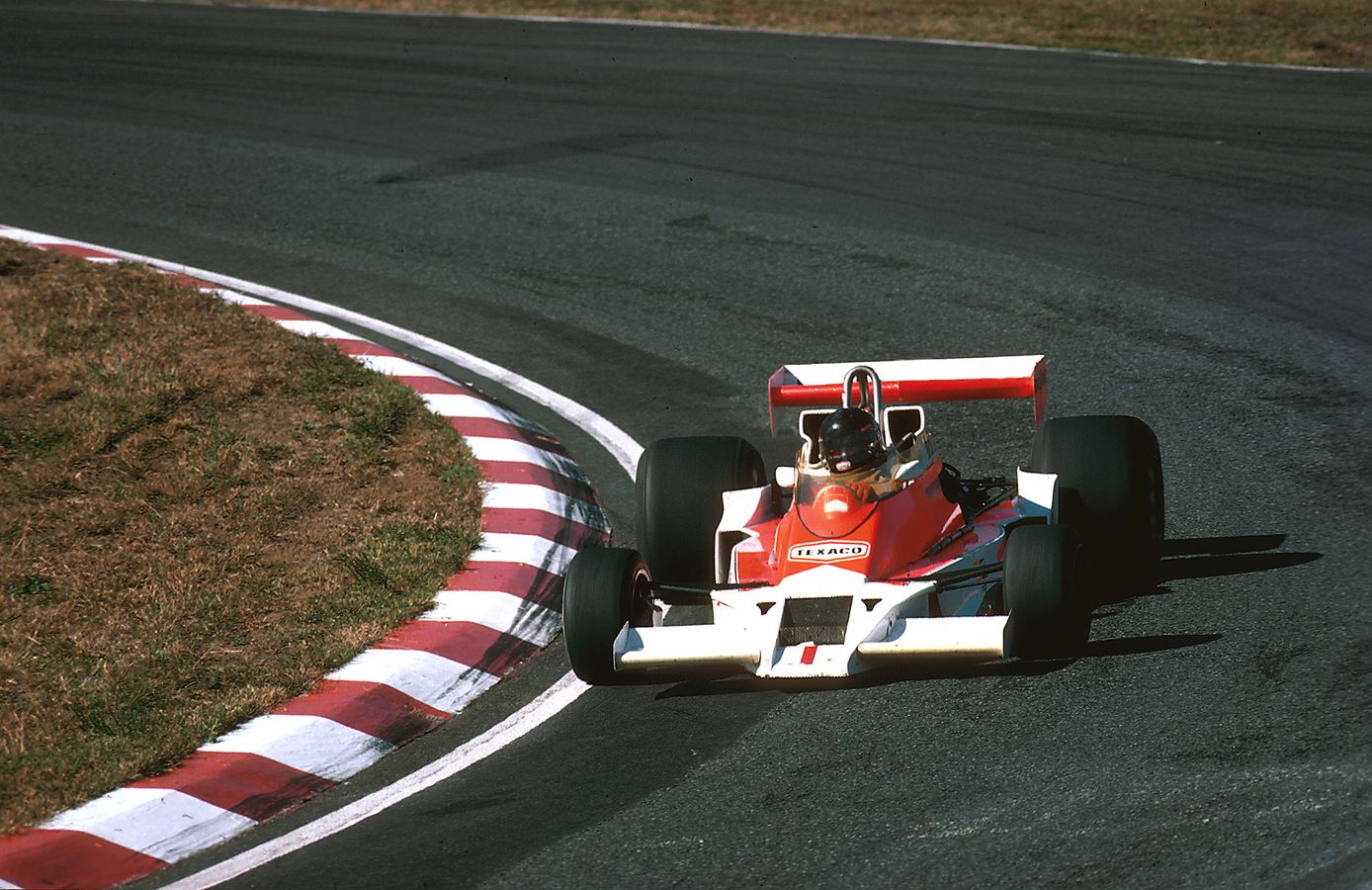 That car was a frontline F1 contender for the works team for four seasons, winning Grands Prix in each of them. It also earned World Championships for Emerson Fittipaldi in 1974, and James Hunt two years later.

McLaren thus faced a huge challenge when it came to replacing such a successful machine, just as Team Lotus had a couple of years earlier when it tried to follow the legendary 72.

It’s true to say that the M26 was not as effective a weapon as the M23. But it did have a life that stretched over four years of F1 campaigns, and, in 1977, James Hunt won a not inconsiderable three Grands Prix with it. Indeed, with a bit of luck the Englishman could have won the World Championship for a second successive season. It’s also easy to forget that Hunt started more races in a Marlboro-hued M26 than he did with the M23, the car with which he is usually associated.

One of the problems that McLaren faced was that the M26’s arrival coincided with the birth of the ground-effect era. Lotus set the ball rolling with the 78 in 1977, but initially ‘standard’ cars like the M26, the Wolf WR1 and Ferrari 312T2 could still win races.

However, in 1978 Colin Chapman set new standards with the 79, a beautifully refined ground-effect car that surprised nobody by taking Mario Andretti to the world title.

The rest were left struggling to catch up, including McLaren. You may be surprised to learn therefore that the M26 was developed with aerodynamic sophistication in mind. The problem was that the team got its sums wrong.

The car was first revealed to the media on the weekend of the 1976 British GP, famously won on the day by Hunt – who was later disqualified. It was given its debut at Zandvoort in August by Hunt’s team-mate Jochen Mass, but there were a few teething problems, notably with cooling. With the M23 still winning races, and Hunt embroiled in the fight for the title, the new car was put to one side until the following season.

A heavy crash in Kyalami testing in early 1977 – caused when a brake issue damaged a wheel and led to a tyre deflation – set back development. Hunt and Mass subsequently stuck with the trusty M23 for the opening races in Argentina, Brazil, South Africa and Long Beach. The M26, revised since its debut in Holland the previous season, returned to action for the Spanish GP at Jarama. 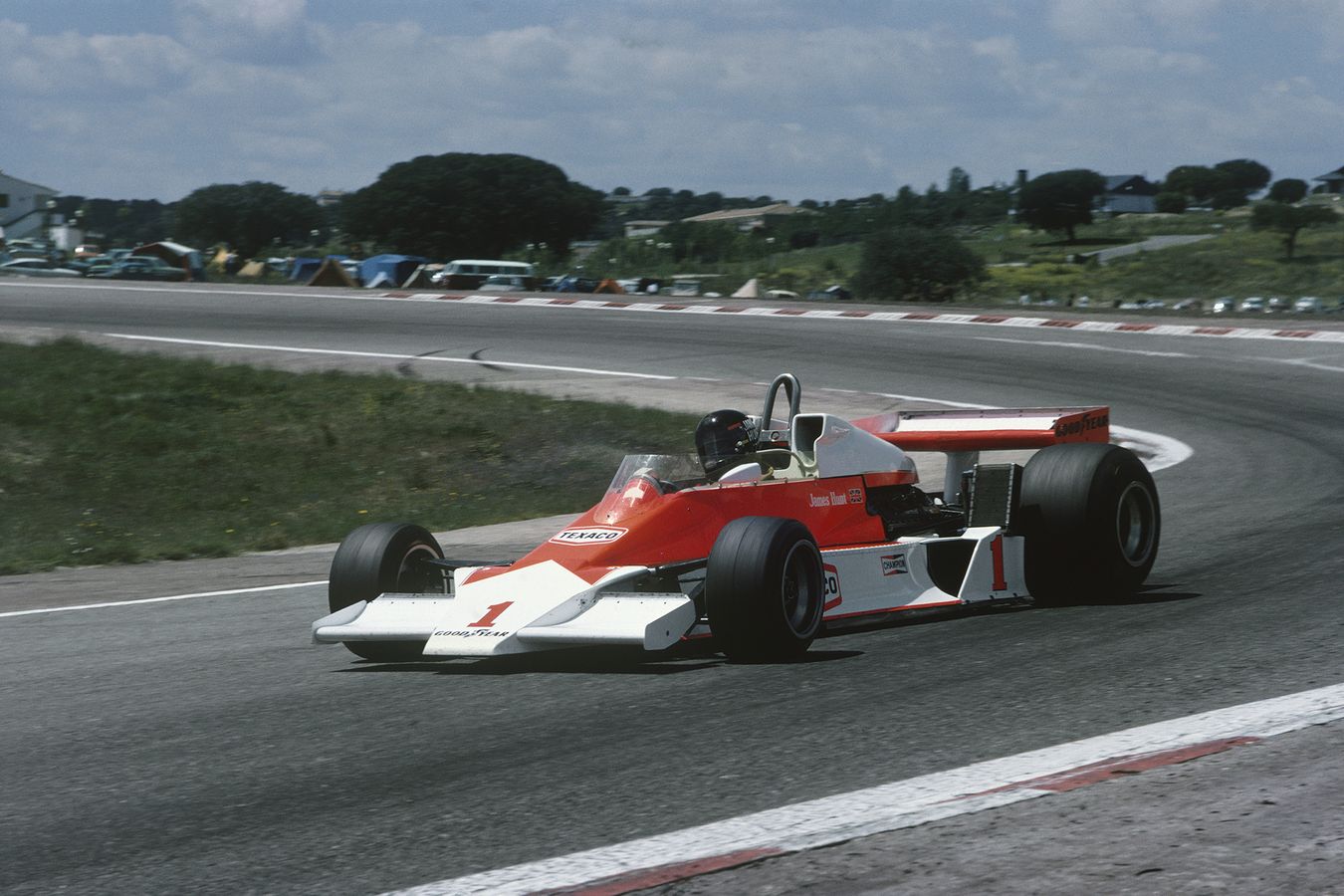 “The principle of the car was to keep the air flow from underneath the car to create negative pressure on the underside of the bodywork,” designer Gordon Coppuck recalled. “I thought at the time – but I now know, of course, that I was wrong – that with all that number of square inches under the car, if you could generate a very small amount of negative pressure by keeping the air from flowing underneath, you would have more downforce.

“You couldn’t really see our work. It was the plastic skirts to stop the air going under the car. We did much development with suspension, because the car understeered, so we did a new front suspension and several variations, all the things that we had done with all our previous cars.”

There were still some gremlins to address: “From the day that it first raced in 1977 in Spain, it overheated. And that’s when the oil cooler was moved from the sidepods to the front of the car, and we also ran the pipes externally, along the top of the chassis. It stayed in that configuration for the rest of its life.

“We began to look pretty positive from the French GP, which was the car’s fifth race. We qualified second and finished third, and that was when we were improving with the mounting of the plastic skirts that didn’t show up in photographs, but were all on the underside of the car.

Hunt duly gave the M26 its first win at Silverstone, which was also his first as reigning World Champion. His season now picked up momentum, and he was quick nearly everywhere. 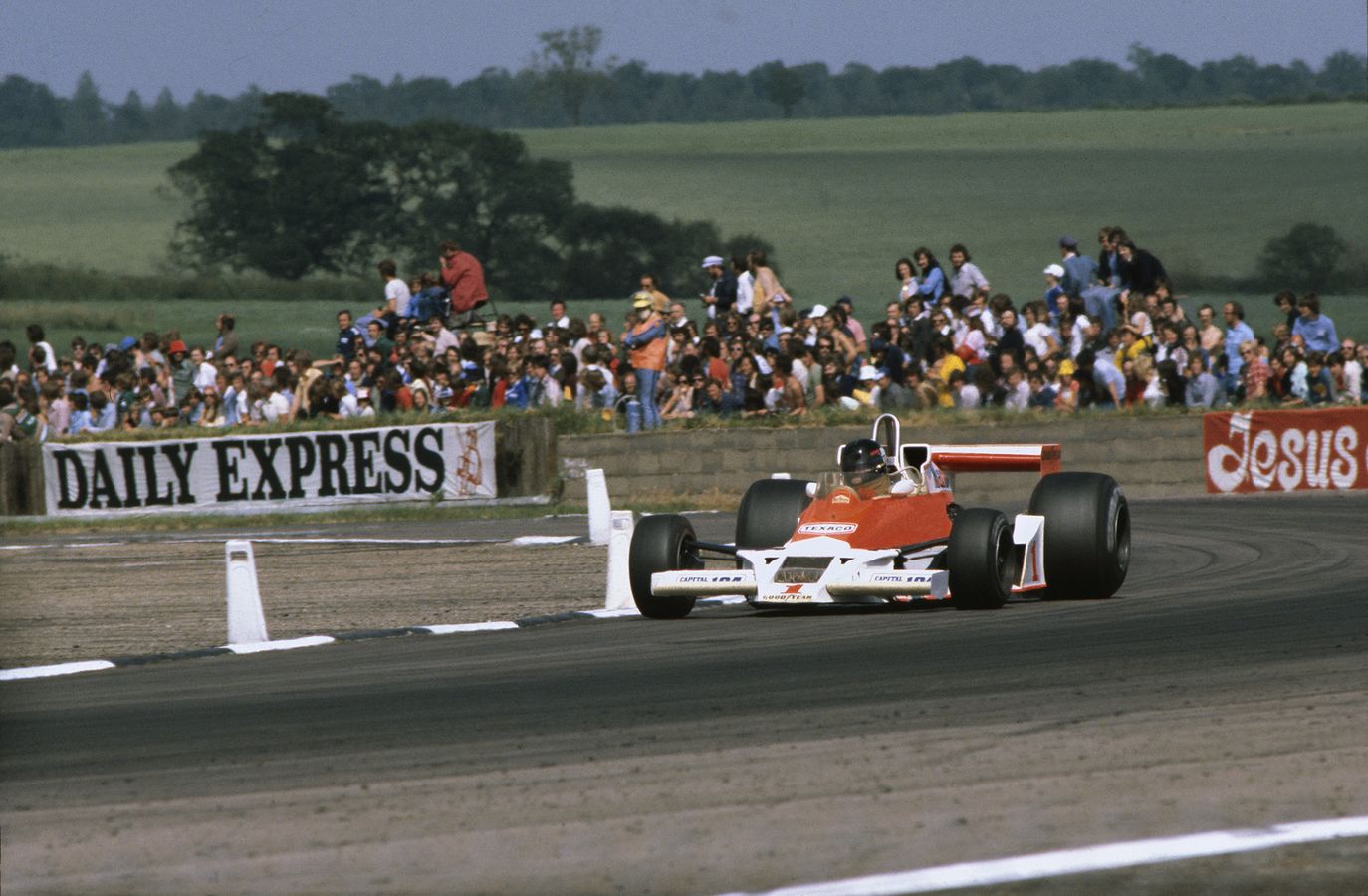 However, he suffered some disappointing retirements, with engine failures in Germany and Austria proving costly. He famously collided with Mario Andretti in Holland, and most controversially crashed out while leading in Canada after contact with Mass.

He did manage to win the US and Japanese GPs, scoring enough points to earn fifth in the World Championship. Had just two of those difficult races gone to plan he could easily have been runner-up to Niki Lauda – and with a little more good fortune on his side he might well have stolen the title from his Austrian rival.

The car was modified for 1978, but Lotus had moved the aerodynamic goalposts – and Hunt’s motivation suffered.

“We had three pole positions in the last seven races [of 1977] and led five of the last six,” said Coppuck. “But it encouraged us in the wrong direction. When it came to proper ground-effect, you encourage flow underneath the car. We were working on the opposite direction trying to stop flow. That was the story of the M26, really.

“There were improvements but they weren’t of the magnitude that was going to be necessary. We’d been racing competitively with Lotus through 1977. and we should then have gone to ground effect for ’78 or at least started one, but we didn’t start until halfway through.”

Indeed a ground-effect version of the existing car, dubbed the M26E, was seen briefly at Brands Hatch in July. Equipped with huge sidepods, it was not effective. The only highlight for Hunt that season was third, behind the Lotus duo, in France.

It’s worth noting that at some races that year there were as many as four M26s on the grid, with works drivers Hunt and Patrick Tambay joined by a third entry for Bruno Giacomelli, and privateer Brett Lunger fielding his own car – it was the last time that four examples of the same model started a Grand Prix. 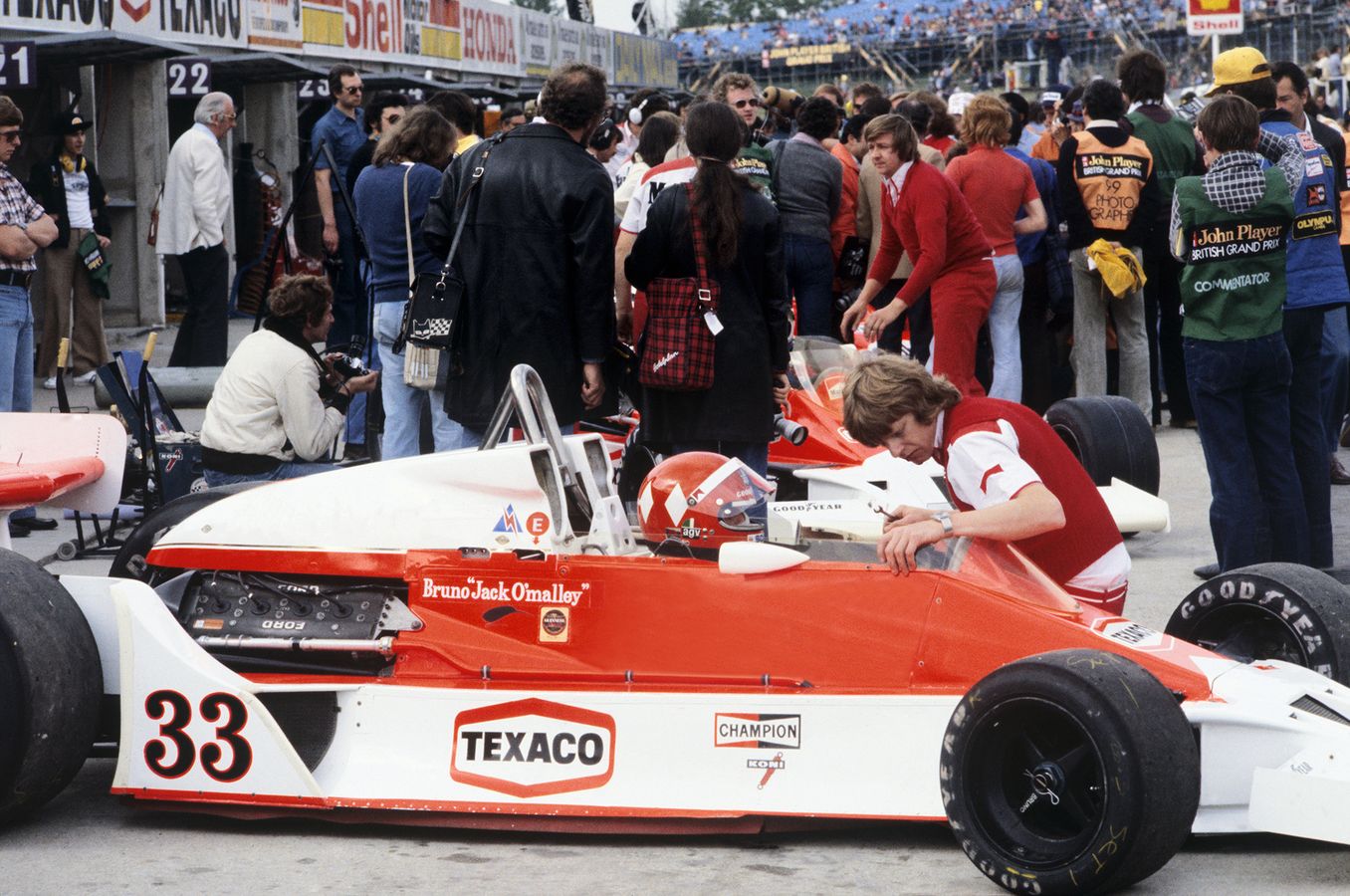 McLaren developed its first full ground-effect car, the M28, for the 1979 season. However, there were some problems, and the old M26 was briefly pressed into service. Tambay raced it in the Brazilian GP – ensuring that the car’s racing life stretched into a fourth season – but the Frenchman failed to qualify when forced to revert to it again in Belgium.

At that stage, its frontline life was over, with its future lying in historic racing. And one of the men who would subsequently fall for its charms was none other than current McLaren Technology Group executive director Zak Brown, who has one in his stable.

“I bought mine out of California about five years ago,” says Zak. “It’s the chassis that won Japan in 1977. It’s a cool car, and it’s fun to drive. It wasn’t the M23, which had a longer and more dominant history. The M26 was really good, but perhaps not great.

“I find it pretty nice to drive – I actually enjoy it more than the Williams FW07, just from a comfort standpoint. It feels a bit more drivable. With the FW07 you’ve got to push a bit harder! Plus it was James Hunt’s car, and he was a character...”