So… the summer shutdown is over, and the teams’ relaxed and tanned drivers, engineers and mechanics are on their way to Spa, for this weekend’s Belgian Grand Prix.

I won the Belgian Grand Prix twice – in 1972 for Lotus and in 1974 for McLaren – but both races took place at the flat and featureless Nivelles circuit. I never raced in a Belgian Grand Prix at Spa, in fact, much to my regret, because my Formula 1 career began in mid-1970 and ended at the end of 1980, and the Belgian Grand Prix was held at either Nivelles or Zolder throughout that period, Spa having staged the race in 1970, just before I started out in racing’s premier league, but not again until 1983, since when no other circuit has hosted the race.

I say “much to my regret” because Spa is a truly glorious circuit – fast, challenging and spectacular – and all the great drivers have always shone there. The roll-call of multiple past Belgian-Grand-Prix-at-Spa winners is impressive indeed: Michael Schumacher six times; Jim Clark, Ayrton Senna and Kimi Raikkonen four times each; Juan Manuel Fangio and Damon Hill three times each; and Alberto Ascari, Alain Prost and Sebastian Vettel twice each.

Regular readers of this blog will know that, difficult though it is to make a “best driver ever” selection, when pressed I tend to cite Ayrton as the worthiest holder of that accolade. He was utterly brilliant – able to find grip, especially in greasy or wet conditions, where others didn’t even know it could be looked for. He was also my dear friend, and I miss him bitterly still.

I respect all the drivers on the multiple-past-Belgian-Grand-Prix-at-Spa-winners list, of course I do, but the two whom I would place on the “best driver ever” podium either side of Ayrton are Juan Manuel Fangio and Jim Clark.

Juan Manuel was my childhood hero, and Jim was my teenage hero. 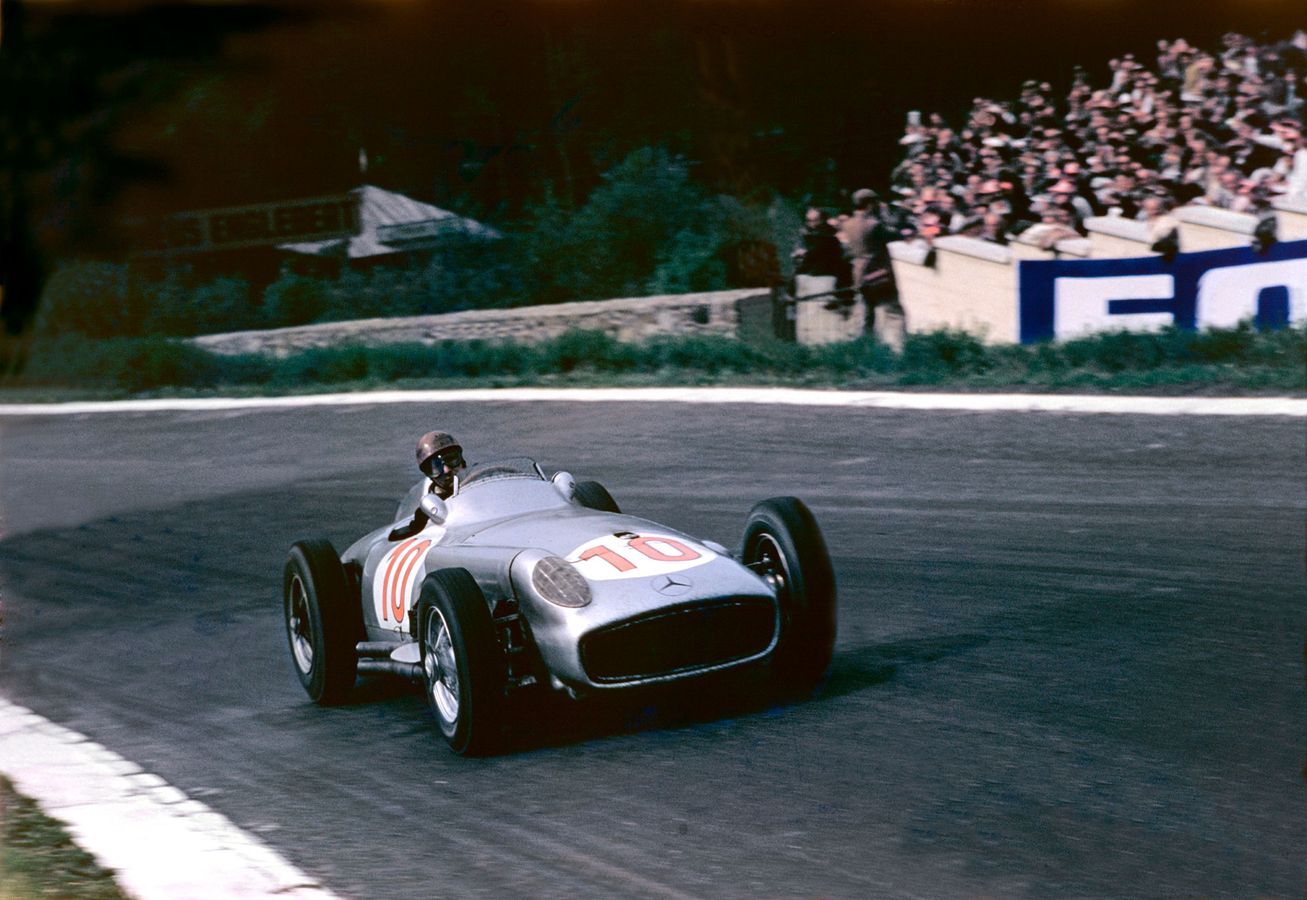 I was born in 1946, and Juan Manuel was utterly dominating the sport by the time I was old enough to take an interest in it, winning the World Championship in 1951, 1954, 1955, 1956 and 1957. It was in the last those years, 1957, that I first met him, as a shy 10-year-old. He was racing a Maserati 300S sports car at Interlagos, my local racetrack, and of course he won. Before he’d done so, though, my father, who was a radio and TV commentator in Brazil at the time, introduced me to the great man. All I could do was mutter “Hello, Mr Fangio”, albeit in Portuguese of course, and stare in awe-struck admiration at the living legend.

Even though I was only 10, I persuaded my father to let me walk out to the magnificent sweeping curves of the old Interlagos to watch the cars cornering at close quarters – you could do that sort of thing in those days – and Juan Manuel was clearly a man among boys. His steering, braking and acceleration were neat, consistent, unhurried, but devastatingly fast. It was the only time I ever saw him race, and it’s a memory I’ll treasure for ever.

I met him next in 1971, when he was guest of honour at that season’s non-championship Argentine Grand Prix, which had returned to the Formula 1 calendar after an 11-year absence and would become a fully fledged World Championship Grand Prix once again from 1972 onwards. Juan Manuel toured each pit, and spoke to me at some length. We conversed in Spanish, which wasn’t my first language, and he was polite and decorous, as per his reputation.

Over the next few years I got to know him well – always chatting to him during the Argentine Grand Prix weekend, and often at Monte-Carlo too, because he was a frequent visitor to Monaco Grands Prix throughout the 1970s.

I was living in Geneva at the time, and once or twice he also visited me there, on which occasions we enjoyed long dinners, swapping anecdotes from our respective eras. He was an inquisitive conversationalist, but in truth I was happiest when he was doing the talking. He told me some great stories.

One of his more memorable tales concerned the 1954 Swiss Grand Prix, held at the super-fast Bremgarten circuit at Bern. On the Friday evening, having qualified his Mercedes-Benz W196 second behind José Froilan Gonzales’ pole-sitting Ferrari 625, he decided to drive a lap of the circuit with his wife alongside him. As he was powering down one of Bremgarten’s long, long straights, a black cat ran out into his path, and there was nothing he could do to avoid it. He killed it instantly.

We South Americans may be Catholic, but we’re usually superstitious with it. Juan Manuel was no different. He was mortified – and, as he lay down to sleep that night, he found that he was consumed with worry. Not only had a black cat crossed his path – regarded as very bad luck in Argentina and Brazil – but, worse still, he’d killed it.

On race-day morning, which was a Saturday, he awoke having slept badly. He was tired and nervous. When he arrived at the circuit, he was tight-lipped and uncommunicative, and he felt a deathly foreboding about the afternoon ahead.

Juan Manuel’s punchline to the story was self-deprecating: “But, when the race actually started, I forgot my superstitions and managed to win despite my earlier fears.”

What he didn’t tell me, but which was true nonetheless, was that he led from start to finish, lapping the entire field up to second place, eventually winning by almost a minute.

He was a firm believer in destiny. Before the inauguration of Formula 1 in 1950, he raced in Turismo Carretera, the Argentine road-racing series, first in a Ford and then in a Chevrolet. 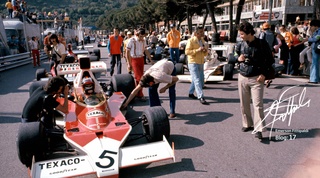 One year, he told me, driving his Chevy on a dirt road, flat-out at 125mph (200km/h), he caught the car ahead of him and began to look for a way past. The trouble was, the dust cloud being kicked up by the car in front was so thick that he couldn’t see much at all. Finally, he shaped to pass – and, just as he did so, running at 125mph (200km/h) as I say, he saw that the road ahead led through a concrete archway, supporting a road bridge at right-angles above. He had no time to react – as soon as he saw the archway he was through it – and he reckoned he missed the concrete supports by just a few centimetres. “If I’d been a hand’s breadth further over, I wouldn’t be here today,” I remember him telling me, as we sat opposite each other at a Geneva restaurant.

As I say, Juan Manuel was my childhood hero. I was devastated when he died, in 1995, but at least I could console myself that, at 84 years of age, my old friend had had a long and fulfilling life.

The same couldn’t be said for Jim Clark, whom I never met, which was and remains a massive regret of mine, since he was killed at just 32 in a Formula 2 race at Hockenheim in 1968, the year before I first travelled to Europe.

I first became aware of him in the early 1960s – he made his Formula 1 debut  in 1960 and began to win Grands Prix in 1962 – and I recall that Wilson, my elder brother, and our good friends Carlos Pace and Luis Bueno (who would all become racing drivers, in time, as I did) were all extremely enthused about the arrival on the Grand Prix scene of this prodigiously talented young Scotsman.

Indeed, when, in 1962, Jim won his first Grand Prix – the Belgian Grand Prix, at Spa, as it happens – I remember that I excitedly drew his success to my father’s attention: a role reversal from what had happened five years previously, when my father had introduced me to Juan Manuel.

Jim won two World Championships in his too-short Formula 1 career, in 1963 and 1965, and he drove all his 72 Grands Prix for Lotus. But by far the most telling Clark-related stat is that he won 25 Grands Prix… but came second only once. In other words, if his Lotus remained in one piece, he almost always won in it.

I made my Formula 1 debut for Lotus, just two years after Jim’s demise, at which time Lotus boss Colin Chapman and his crew were, if not in mourning, then certainly still upset about their friend and colleague’s passing. Colin rarely spoke about Jim, to be honest. I think he couldn’t bear to, for they’d been extremely close.

He’d been very close to Jochen Rindt, too, and of course Jochen had been killed in a Lotus at Monza in 1970. Colin felt that tragedy very badly also. So it was that, at some point during 1972, when I was in the process of winning the World Championship for Lotus, and during which year Colin and I also began to become good friends, he put his hand on my arm, looked me in the eye, and said, “Emerson, I like you. You’re a good bloke. But I don’t want to get too close to you, because…”

And his voice trailed off. He didn’t have to finish his sentence. I knew what he meant.

Colin was a racing titan. I was very sorry – and shocked – when I heard the news of his sudden death, in 1982, at just 54 years of age, from a heart attack. If he were alive today he’d be only 85, just a year older than his good friend Bernie Ecclestone – and, for sure, had he lived and worked through the 1980s and 1990s, he and Lotus would have won a lot more races than they actually did in that period. And Colin would have adored Ayrton, who won six Grands Prix for Lotus in 1985, 1986 and 1987, but might well have won many more with a man as brilliantly competitive as Colin at the helm of the team.

We’ll never know. What we do know, among other things, however, is that, like Juan Manuel, Jim was superlatively quick at Spa, and won there often, even though he didn’t like the place. Seven times between them they won the Belgian Grand Prix at Spa, brilliantly and imperiously every time.

So spare a thought for Juan Manuel Fangio and Jim Clark this weekend, when you watch today’s Formula 1 stars strutting their stuff in cars infinitely safer than those in which the two heroes of my youth conquered their very real fears to tame one of the greatest and most fearsome racetracks in the history of Grand Prix racing.

May they rest in peace. 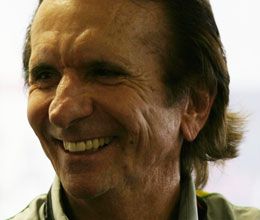 Emmo: the crafty art of overtaking

Why my biggest ever shunt taught me everything I know

Emmo: 40 years as a racing man of faith

Emerson: Ayrton Senna, from the heart