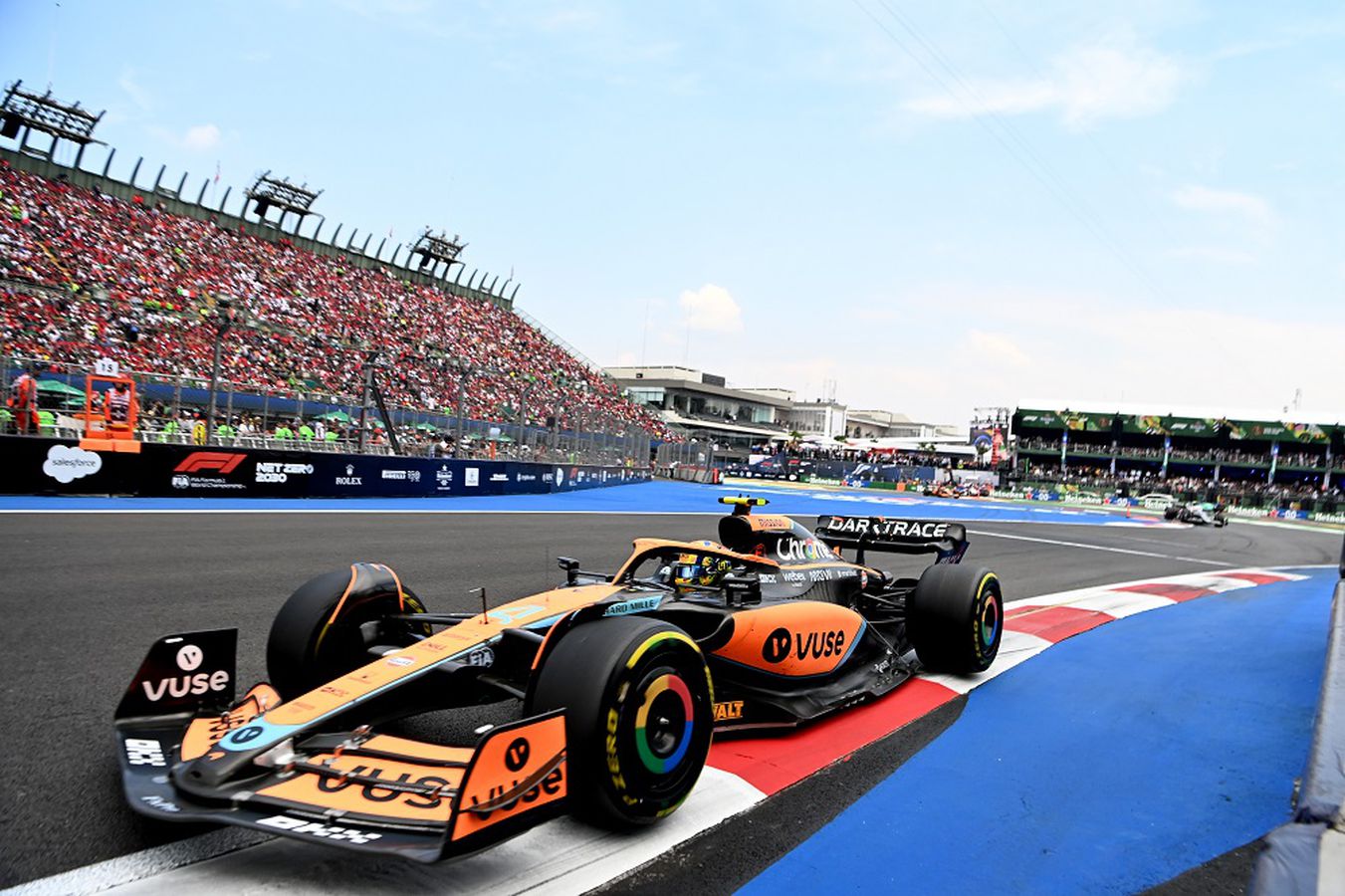 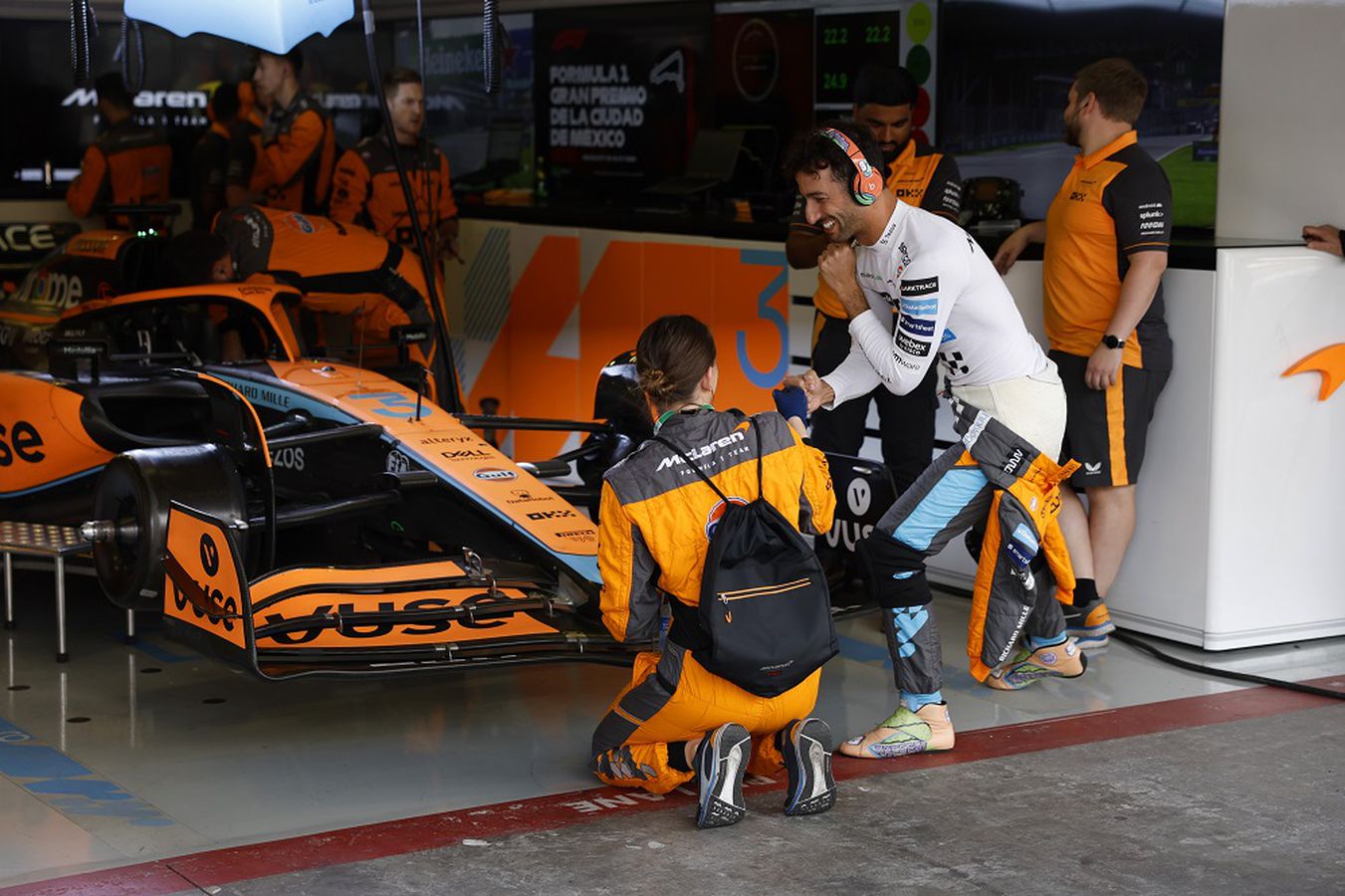 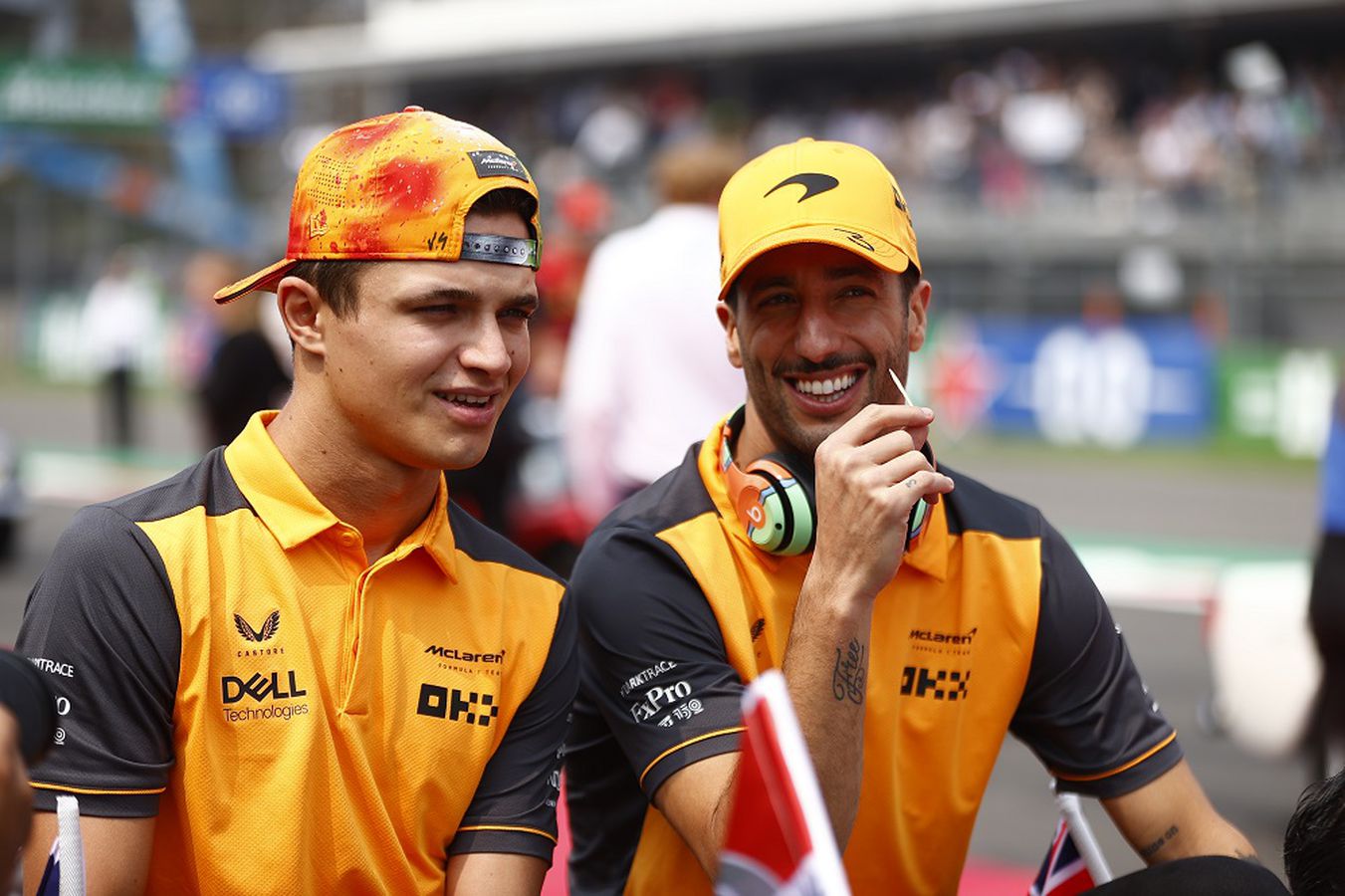 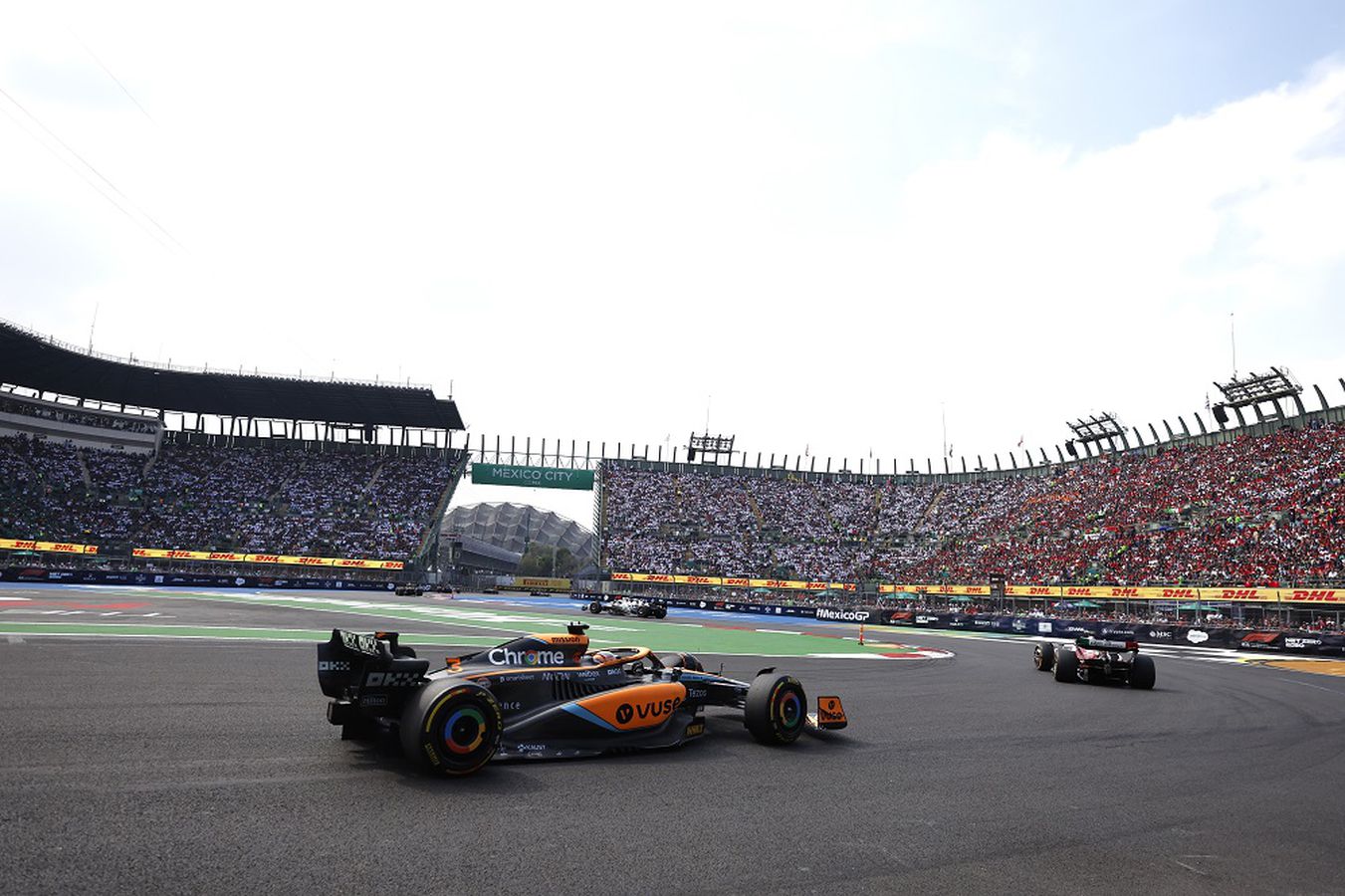 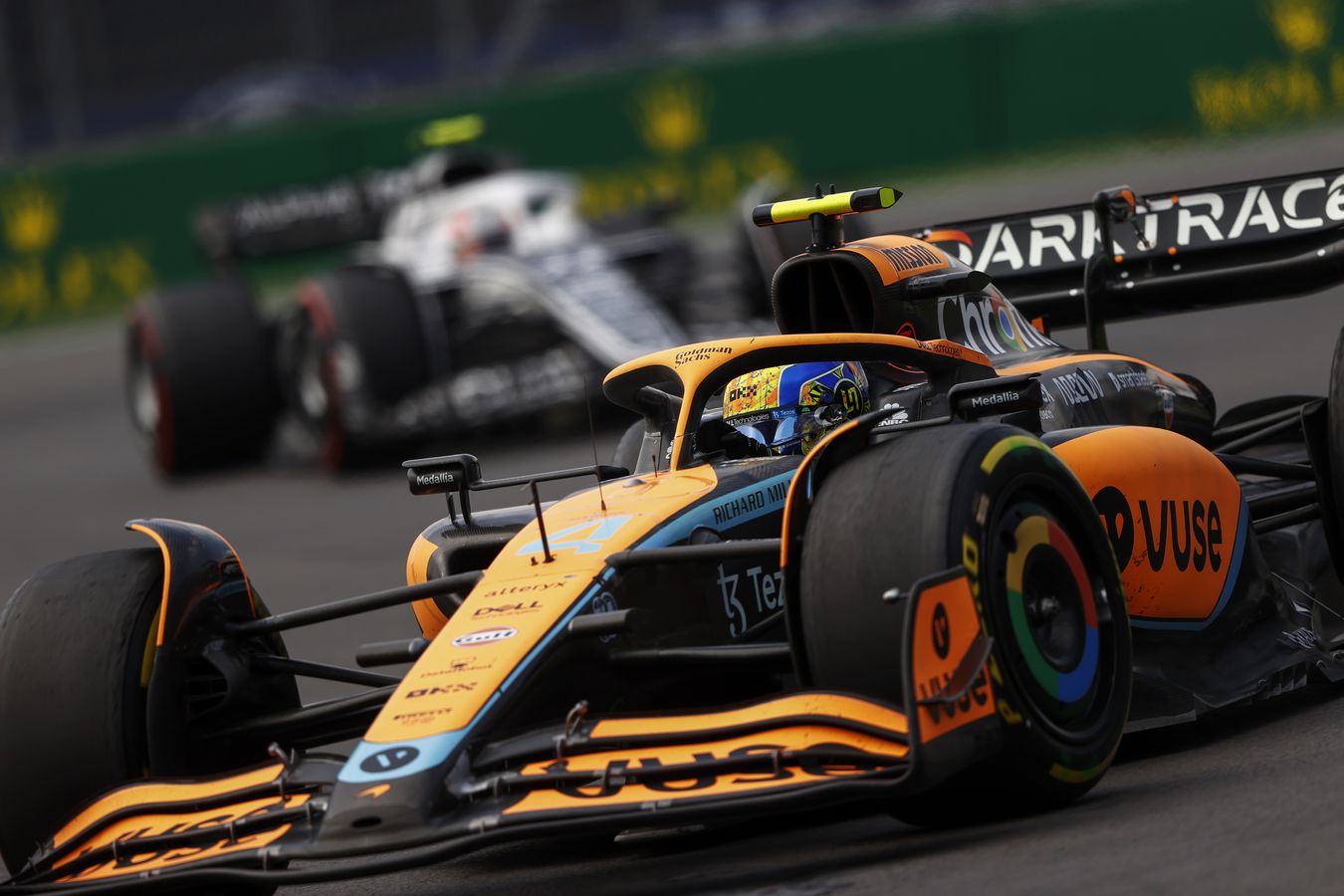 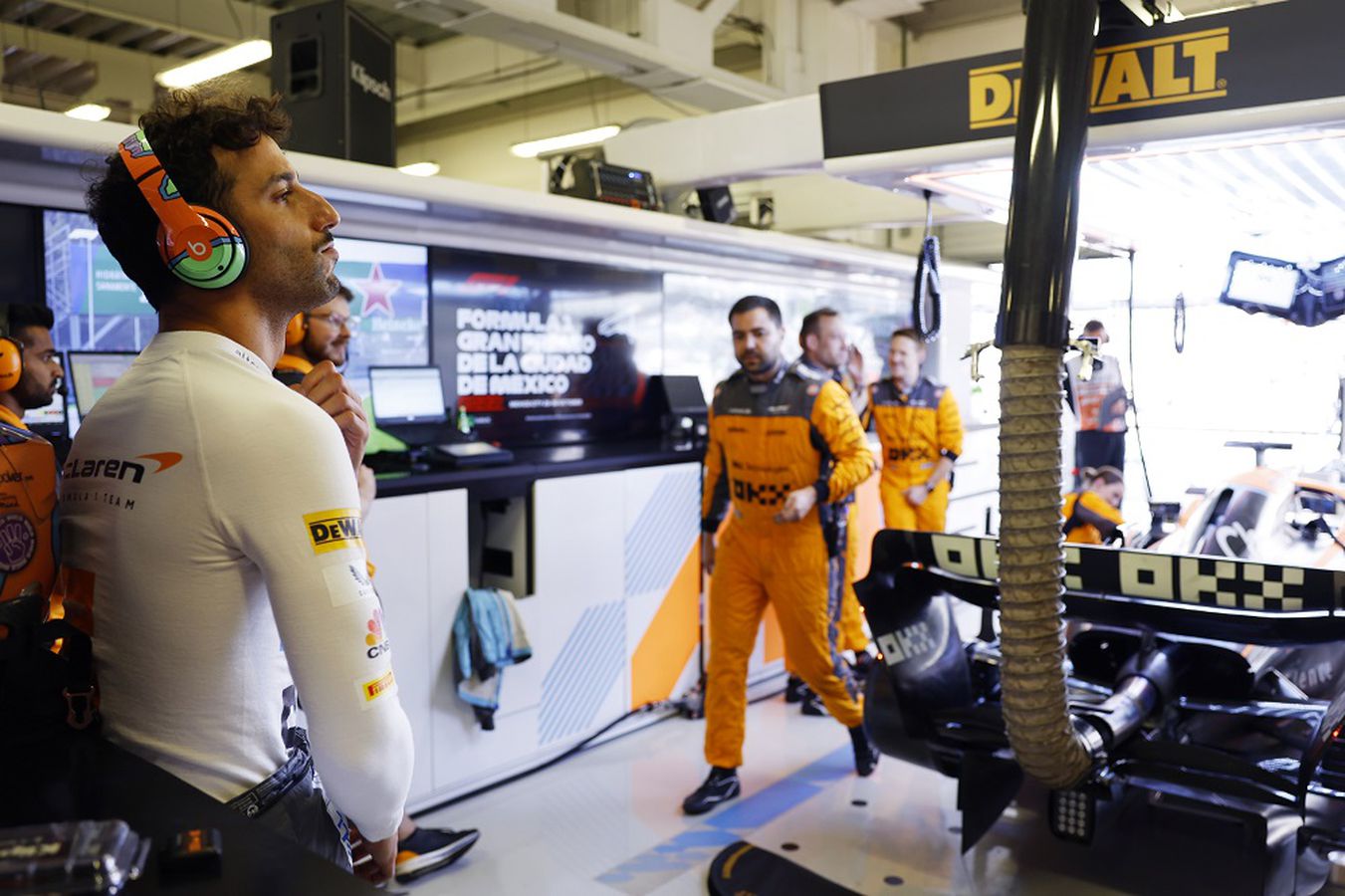 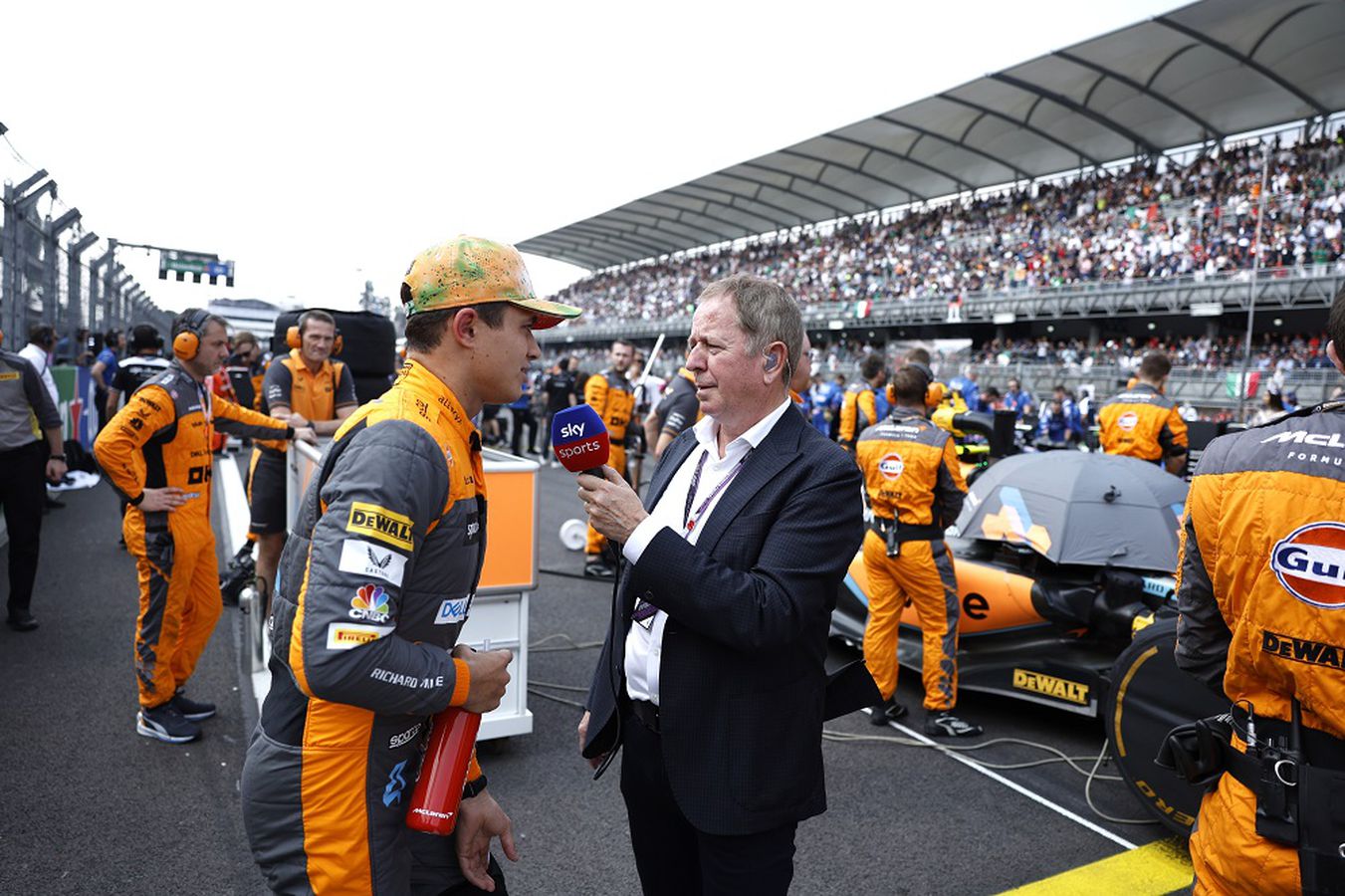 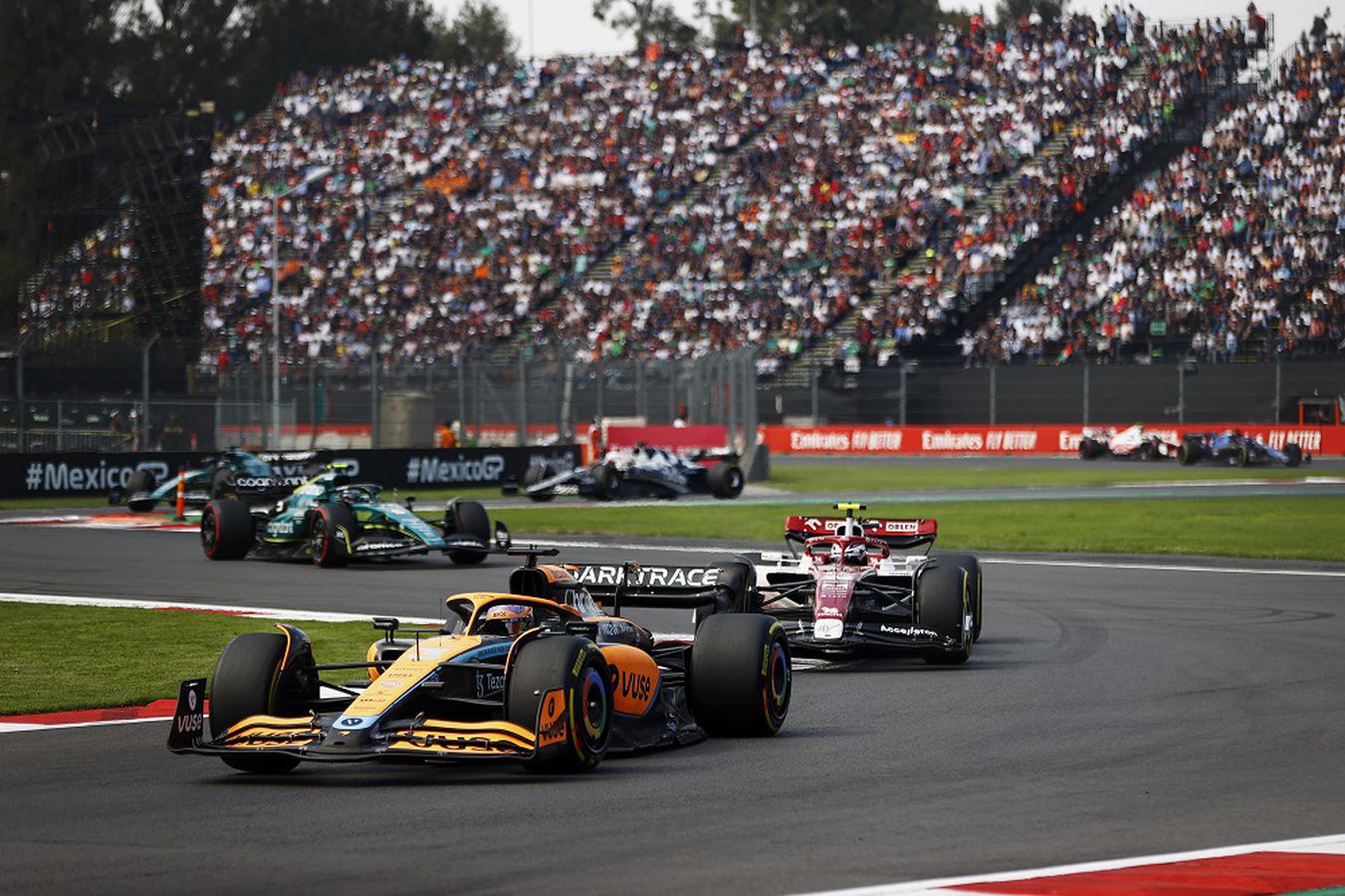 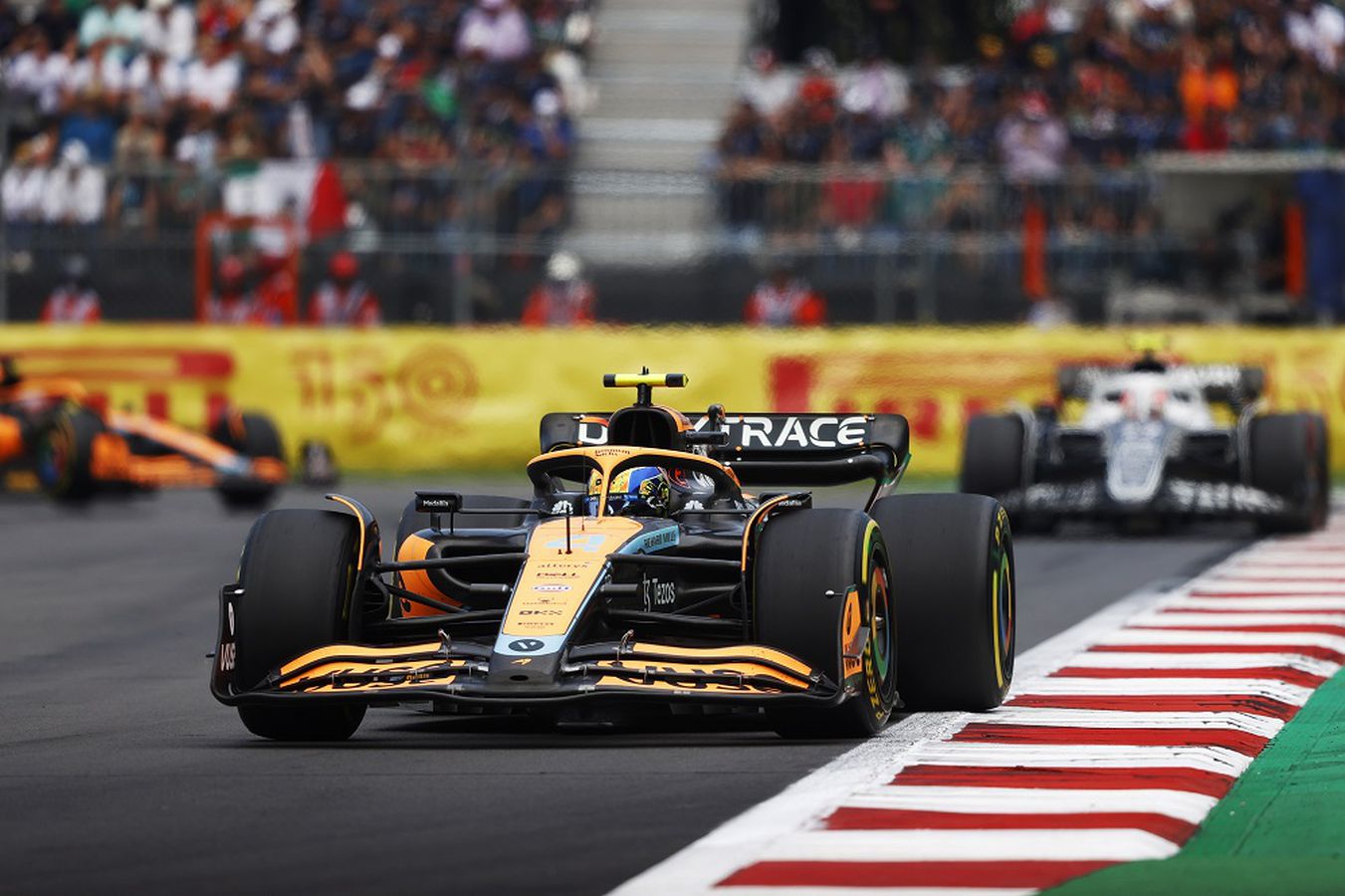 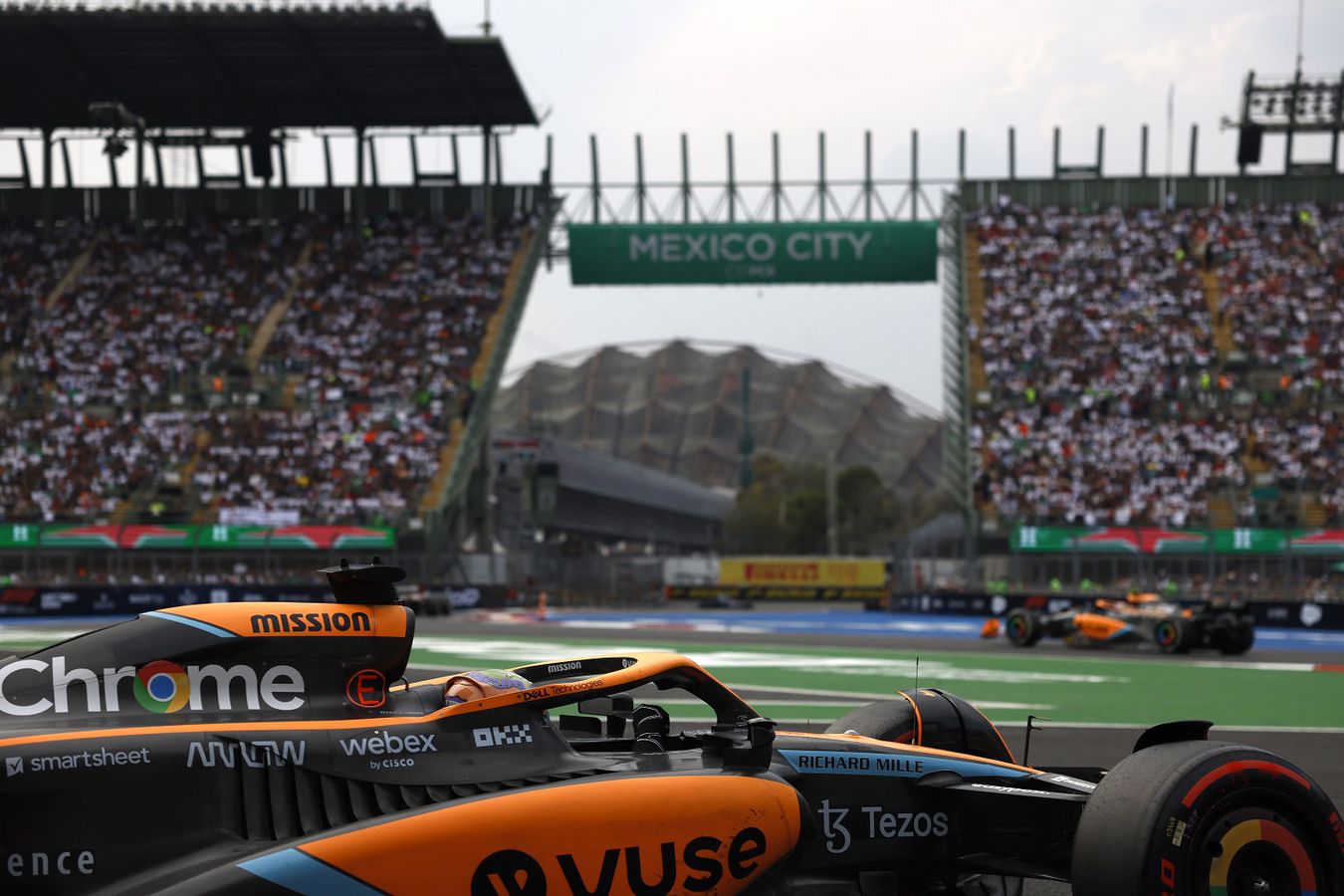 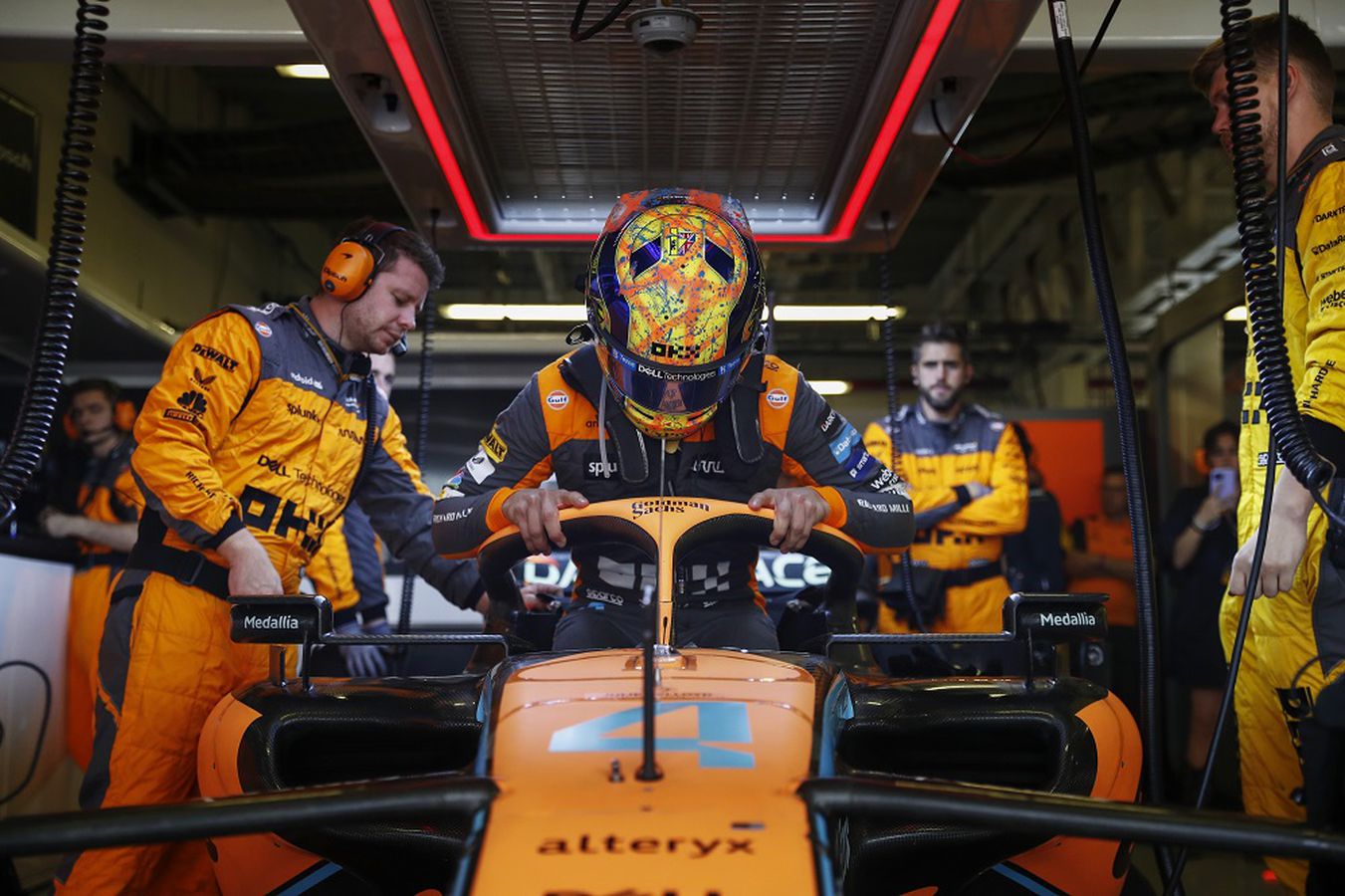 "All-in-all, very happy and huge shout out to the team"

"All-in-all, very happy and huge shout out to the team"

• Lando and Daniel lose places at the start, dropping to P10 and P13
• Daniel regains one place, overtaking Zhou for P12
• Looking to cover off a challenge from Tsunoda, Lando changes his tyres on Lap 34, swapping the Medium for the Hard. He returns P15, ahead of the Alpha Tauri
• Daniel is the penultimate driver to pit, boxing for Soft tyres on Lap 45 and returning P13
• Zhou pits two laps later and hands Daniel P12, who begins to chase down Tsunoda
• Daniel makes it into the wheel tracks of Tsunoda and attempts to squeeze down the inside of the Alpha Tauri going into Turn Five. The two collide and Tsunoda retires. Daniel makes it through without any damage, but he is handed a 10 second time penalty for causing the collision
• Lando and Daniel trade places and the Australian begins to catch Bottas, passing the Alfa Romeo on Lap 48 for P9
• Alpine pairing Alonso and Ocon are up next. Daniel picks off Alonso within two laps and then Ocon one lap later, with 10 laps left to build up a 10s buffer
• Norris overtakes Bottas as Alonso pulls over to retire, promoting the Briton to P9
• Daniel crosses the line seventh with more than the required 10s buffer, whilst Lando holds onto P9

“It was a rollercoaster of a race. Ultimately, I'm happy. I wish it was more of a smooth race in terms of you never want to have contact, and you never want to receive a penalty, so that’s a little bit of a cloud over what was otherwise a good day, but ultimately it still didn’t change the outcome for us.

"I think the penalty was more than enough. I saw a replay and I’ll still take the majority of the responsibility, but it isn’t like I came in sideways and locked-up, I was just there. All he had to do was just miss the apex a bit and we would both get through that corner. I’ll take it but I don’t think it’s something I need to beat myself up over. I was pretty down when Tom [Stallard] came on the radio to tell me I had a 10 second penalty because it’s the one race where we had pace and I had a chance, but I still felt that I had pace on the Soft, so I just got my head down and got on with it. Lando let me by, so that let me keep attacking, and when I saw the Alpines right in front of me, I was like ‘alright, it’s game-on here’. I knew if I kept George [Russell] behind me and didn’t lose the few seconds to the blue flag, I had a real chance. That was tense for a few laps – but then he pulled in for fastest lap and that gave me a bit of breathing space. All-in-all, very happy and huge shout out to the team, especially the pit crew for the 1.98-second pitstop – the fastest of the season!”

“Today was a good race. I lost a couple of places at the start - it wasn’t a bad launch, but it wasn’t the best, and it’s a long run down to Turn One. I had to box when I did to cover Yuki, going onto the Hard tyres, but they weren’t the tyres to be on! I lost a lot of time compared to Daniel who went onto the Softs, which was a much, much quicker strategy in the end. I’m still happy because I think we did a good job and got the most out of it that we could. The team scored some good points and we out-scored Alpine, which is the goal. We’ll head back to the factory to work hard ahead of Brazil in two weeks' time.”

“This was an intense Sunday for our team at the Autódromo Hermanos Rodríguez. After losing positions at the start, a great job from the drivers, excellent pitstops and brave strategy calls got us back into a competitive position, eventually finishing P7 and P9. Important points in our battle with Alpine for fourth place in the Constructors’ Championship.

“A special mention to Daniel – Driver of the Day – who had a very strong weekend after a tough time in Austin. He’s been more comfortable in the car from the first run here in Mexico, and put in a great final stint that, combined with an aggressive strategy, produced an impressive result.

“Also, another fantastic job by the pit crew to record the two fastest stops of the race, with our 1.98-second stop for Daniel being the fastest of any team so far this season.

“Thanks to the entire team – those here at the track, back at the factory and our colleagues at Mercedes HPP – for producing a reliable car for these unique conditions and managing a very complex race. We’ve got a short rest now and then we go again into the last double-header of 2022.”

"Hopefully, we can go forward"

"The fans have been nuts"

With three rounds to go, The Honey Badger discusses the boost he gets from the fans

Your briefing for the São Paulo Grand Prix