The Spanish Grand Prix is a race of two acts. For the last 30 years, it’s been a stable mainstay of the calendar: the Circuit de Barcelona-Catalunya greeting the arriving teams like old friends. Before that, it had a peripatetic existence, criss-crossing the Iberian Peninsula, bouncing between Barcelona and Madrid, before venturing to way down south to Andalusia. We’ve split our eight wins neatly in half between the ancient and the modern: four victories in the modern-day home; four more during the race’s nomadic wanderings on three different circuits.

Beyond the winners’ trophies, however, there’s a wealth of strange statistics to be mined from the records – here are some of the more unusual.

Not strictly a Spanish Grand Prix statistic but certainly one worth stating is the number of testing laps we’ve done at the Circuit de Barcelona-Catalunya. As far as official records go, 1999 is year zero for testing – the point at which testing mileage was first tabulated. McLaren’s first official test at the Circuit de Catalunya (as it then was – the ‘Barcelona’ was added later) came on 26 January 1999 with Mika Häkkinen at the wheel of the MP4-13. Over the next 22 seasons, we chalked up 124,484 kilometres of testing on the track above Montmeló. That translates to 26,603 laps, spread over 258 days – most of which happened in the first decade of the new century, before testing limits kicked in. 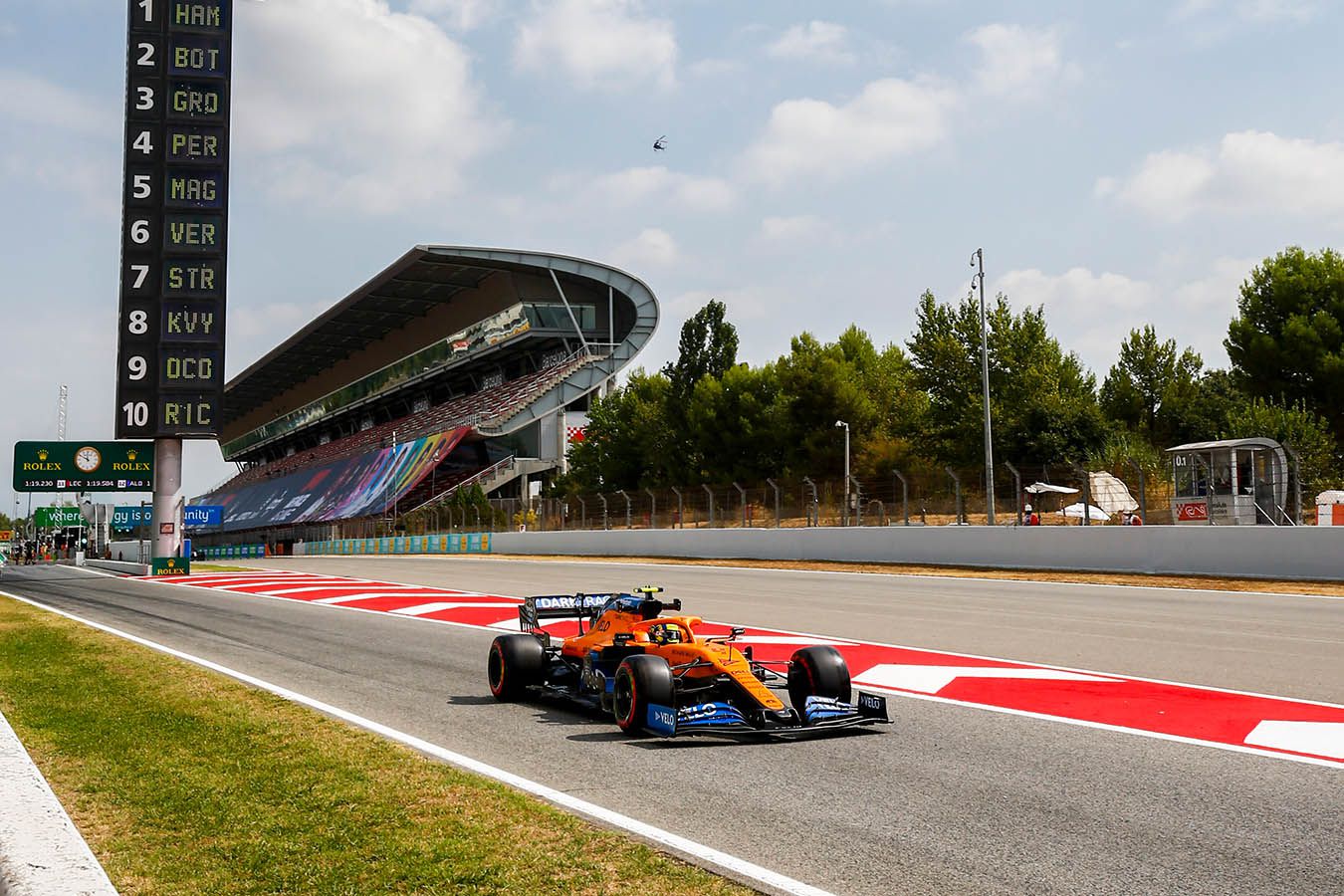 1 grand chelem for Senna in Spain

The grand chelem is a marmite stat: some people love it, some think it tastes like brake grease don’t. If you’re not familiar with the term, it refers to the race of such dominance that the driver takes pole, fastest lap, victory and leads every single lap of the grand prix. They don’t come along very often: Ayrton Senna only managed four in his career, one of which was recorded in Jerez at the 1989 Spanish Grand Prix. Ayrton’s dominance at the southern tip of Europe had wider ramifications. With two races to go, it kept him – just – in the title hunt with team-mate Alain Prost. It was also McLaren’s 80th Formula 1 victory, the significance of which was that it took us past Lotus into second place in the all-time table of victories at the time.

Mika Häkkinen took a hat-trick of Spanish Grand Prix victories between 1998 and 2000 but the more remarkable stat is that in each of them the driver right behind him was team-mate David Coulthard. 2000 is probably the stand-out victory from the three as it involved Mika battling back from an early deficit to Michael Schumacher and pressuring the Ferrari pitcrew into a pair of bad stops, allowing Mika to take the lead and pull away. David, however, had to get past Michael the hard way. 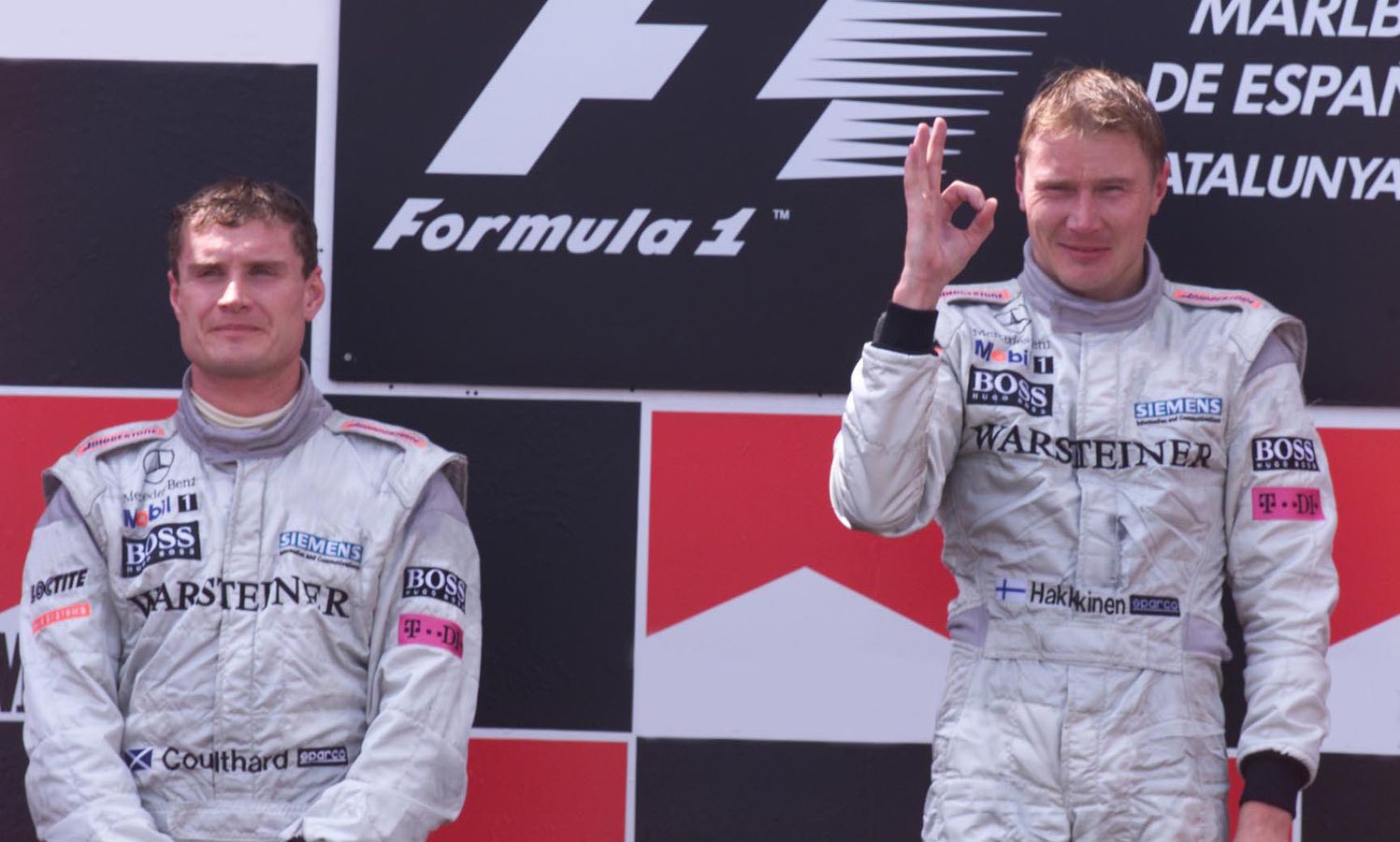 …were entered for the 1970 Spanish Grand Prix, but only 16 were allowed to start. One of the DNQs was the M7D of Andrea de Adamich, despite the Italian finishing the qualifying sessions with the 13th best time, ahead of five cars that did start, among them the McLaren of John Surtees, the Lotus of Graham Hill and a March driven by a young Mario Andretti.

The qualifying rules of the time were… odd, with ten seeded drivers automatically being given a place on the starting grid and the rest having to scrap it out for the other places. This was a harsh school. A team’s number one driver and world champions were automatically in, which meant Denny Hulme got the nod for McLaren and Bruce was in the pack who had to qualify. He squeaked through in 11th, a tenth ahead of de Adamich. Bruce went on to finish P2 – his last podium in F1. 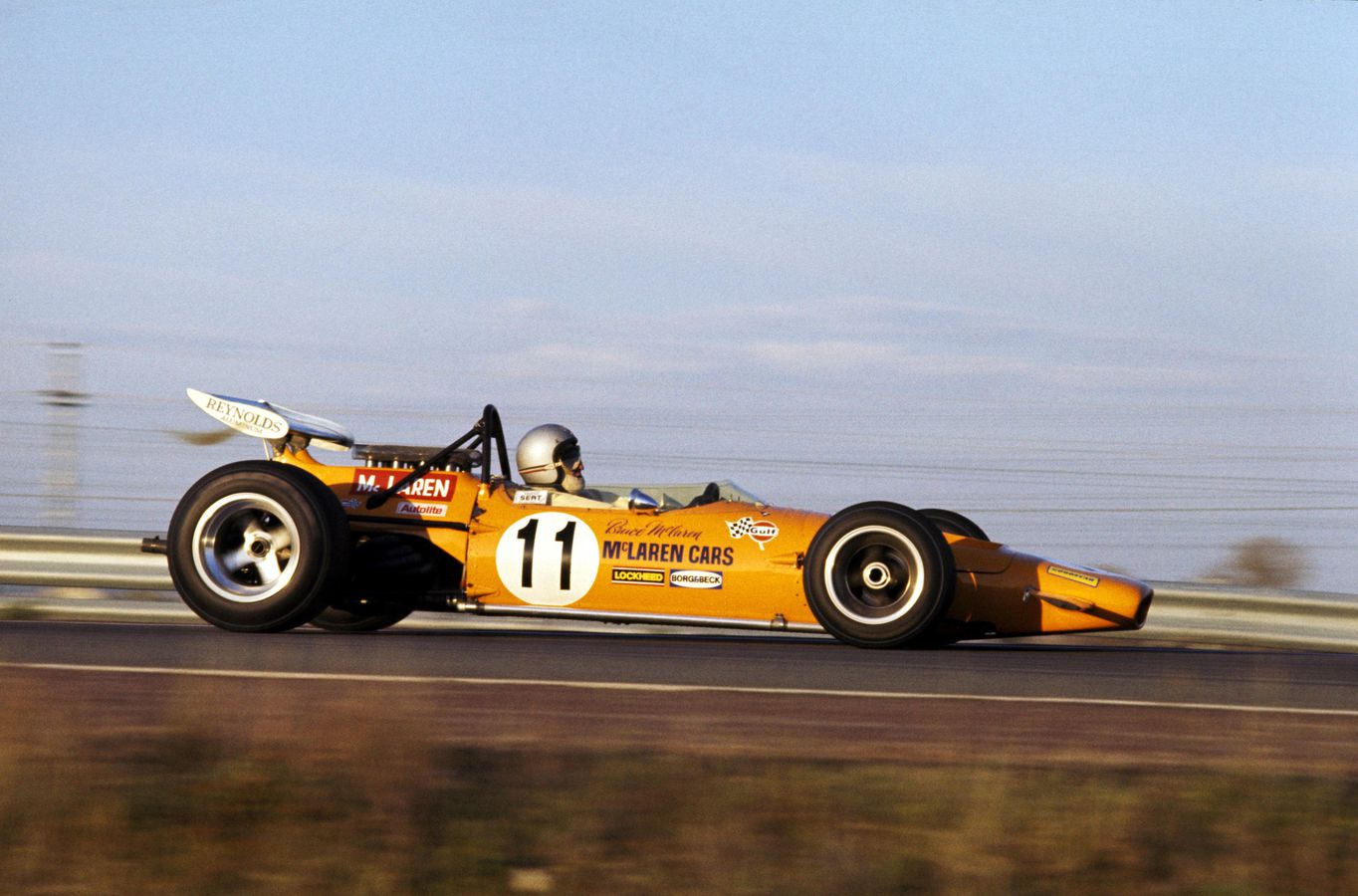 This isn’t the odd thing, however. From the comfort of the 21st Century, the F1 of fifty years ago has a tendency to look a little like the Wild West, and the 1970 Spanish Grand Prix is an excellent example of the type. No one was entirely sure when qualifying took place and which laps counted. Friday had four practice sessions, with the third being a half-hour reserved for the drivers that needed to qualify. Of the 12 drivers who took part, the six quickest would qualify – though their times wouldn’t count for grid positions, only for their presence in the race. After this another qualifying session took place – but not all the drivers knew it would be timed, and not all took part. ‘This really put the fertiliser into the ventilator’, wrote the great Dennis Jenkinson in Motorsport.

There was a disagreement between the organisers and the teams, and different opinions given by the organisers and the stewards. Cars went to the grid who weren’t allowed to start and had to be removed, there was pushing and slapping. Commentator Barrie Gill summed it up like this: ‘Nobody quite understood the rules – least of all the organisers – so we’ve had practice sessions that we were told didn’t count for the grid, practice sessions that suddenly did count, qualifying sessions that were supposed to have been timed, but we were told weren’t timed, drivers whose times were recorded on the official sheets that didn’t resemble anything on the stopwatches of the people sitting in the pits.’

…and you were worried about sprint qualifying.

The Circuit de Barcelona-Catalunya’s reputation as an excellent testing circuit stems from its ability to challenge every aspect of car performance. It is therefore unsurprising that it also has a reputation as a bellwether track, correctly predicting the winner of the Constructors’ Championship in 22 of the 30 races that have been held here. Though half of the ones where the crystal ball has been a little cloudy have involved McLaren in one way or the other. We won the races in 1999, 2000 and 2005 but – narrowly, and on the final day – lost the Championship in each of those years. In 1991, at the inaugural grand prix on this track, we lost the race – which put us one point behind Williams with two races remaining – but managed to take the title. In fact, with a victory and another podium apiece for Gerhard Berger and Ayrton Senna in Japan and Australia, the margin of success looks comfortable with the benefit of 30 years’ hindsight – but you really shouldn’t trust statistics.