Everything you need to know for the Qatar Grand Prix

Everything you need to know for the Qatar Grand Prix

As we come to the end of the last triple-header of the 2021 Formula 1 season and draw ever closer to the conclusion of this year’s record-breaking 22-race campaign, it’s fair to say that the last few weeks have been a bit of a blur. At the risk of sounding like a Marks and Spencer advert, this was not just any triple-header. This was the first to span three continents, with us racing in North America, South America and Asia. It’s also a triple-header that’s not been too kind to us so far: two points from two races isn’t exactly what we had in mind. But we go again this weekend, at the inaugural Qatar Grand Prix where we hope our fortunes will change among the desert dunes.

To get you up to speed on what awaits in Qatar, look no further than our latest preview. McLaren F1 drivers Lando Norris and Daniel Ricciardo, as well as Team Principal Andreas Seidl, give their take on what you can expect, while we give you the lowdown on Losail International Circuit and some ‘world-class’ style available from the McLaren Store.

“After a tough race in Brazil last week, I’m hoping we can bounce back as we head to Qatar for the first time in Formula 1 this weekend. We’ve got one last race of this demanding triple-header before Saudi Arabia and Abu Dhabi, so we’ll be pushing hard to try and end it on a high.

“I’ve been able to drive the Losail International Circuit on the simulator to get a feeling of what to expect this weekend. It’s a pretty fast and fun track with a few big braking zones which should make for a physical race. Being able to compete at new places is always a challenge, which is exciting for us as drivers as we have to adapt to something new and get up to speed as quickly as possible. I’m looking forward to it!”

“We were unfortunate in Brazil not to come away with points on my side. It was a shame, but there’s still plenty of positives to take from the weekend and use those to focus on maximising everything from the remaining races this season. We’ve got one more at a new venue for us in Qatar to round off this triple-header. I’m looking forward to it as it’s a new track and a different challenge for everyone. The aim is to get to grips with the circuit right from the off and find a good rhythm. Racing under the lights brings some extra excitement too. Three to go, we’ll keep fighting.”

“After a challenging two weeks, we head to Qatar as we look to secure a positive result for the team and score the points that are on the table for us with the package we have.

“This week marks the first-ever Qatar Grand Prix in Formula 1’s history at the Losail International Circuit. Once again, it’s exciting to be racing in a new country and venue and being able to bring the sport to fans across the globe from a different territory.

“We return to the traditional race weekend format following sprint qualifying in Brazil. The additional free practice session will enable teams to optimise their planning and set-up, especially with there being no historical data on record. The track offers a mixture of medium and high-speed corners with one DRS zone on the main long straight, which hopefully will provide opportunities to overtake going into Turn One.

“The team both at the track and in the factory, alongside our colleagues at Mercedes HPP, have shown hard work, dedication and teamwork to the highest levels during this transcontinental triple-header. We’ll keep pushing together.” 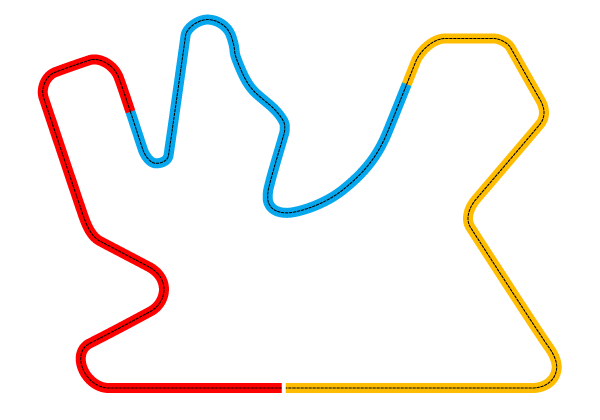 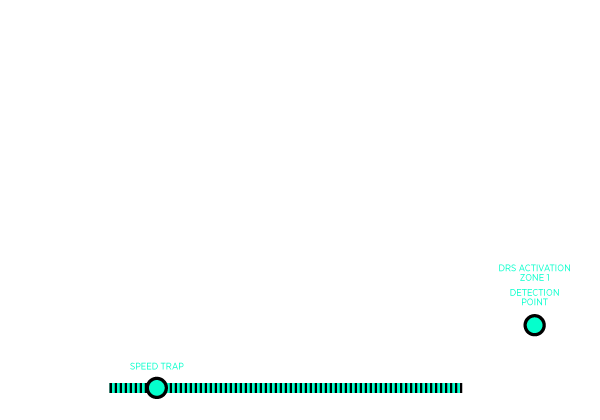 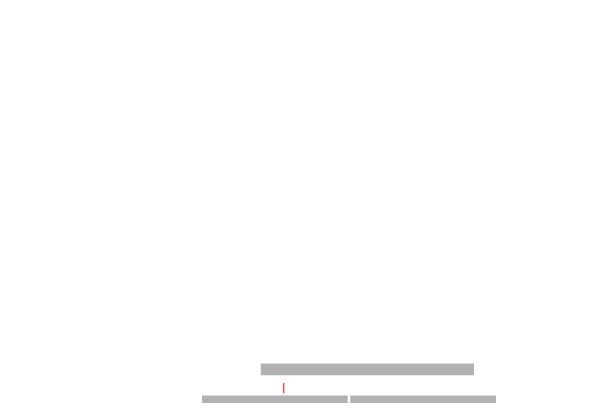 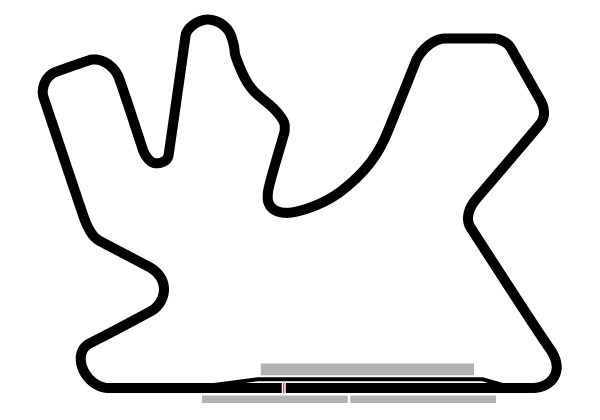 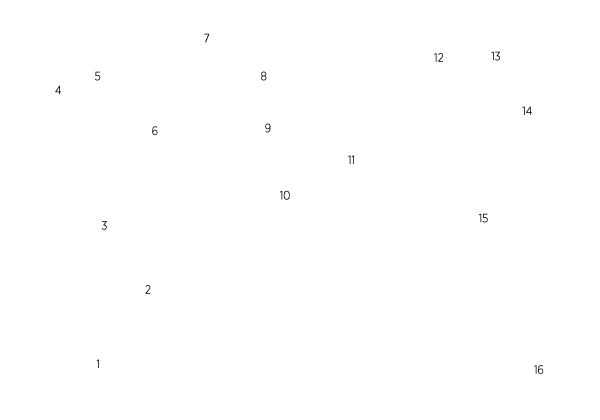 Given that F1 has never raced at the Losail International Circuit before, unsurprisingly, not a lot. Casting a slightly wider net, Lando has never finished outside the top 10 when racing in the Middle East: his best result is fourth at last year’s Bahrain Grand Prix. Like Lando, Daniel’s best result to date in this region of the world is also fourth, with two apiece at the Bahrain (2014 and 2016) and Abu Dhabi (2014 and 2018) Grands Prix.

Located on the outskirts of Qatar’s capital city, Doha, the 5.38-kilometre Losail International Circuit is better known for bikes than it is single-seaters, having hosted a round of the MotoGP World Championship since 2004. Comprised of 16 predominantly medium- and high-speed corners, Losail is likely to be very demanding on the tyres. It’s, therefore, no surprise that Pirelli has opted to bring the three hardest compounds available this weekend.

Just how the tyres will fare is something of an unknown, as it is with any new addition to the calendar, and we’ll only get a clearer picture after Friday’s running. Even then, the picture is likely to be somewhat skewed: there are no support series running alongside F1 at Losail this weekend, which means less rubber on the track, and sand blown onto the circuit from the surrounding desert could also affect grip levels. It all means that track evolution over the weekend could be pretty significant.

If you had to liken the Losail International Circuit to another circuit on the calendar, the fast and flowing Silverstone – or even Mugello in 2020 – wouldn’t be a bad shout. On the subject of similarities, Turns 12-14 form a triple-apex right-hander reminiscent of the infamous Turn Eight at Turkey’s Istanbul Park – albeit in the opposite direction – and the left-front tyre will be subject to huge load through here. Elsewhere, the main straight is more than a kilometre long and should provide an opportunity to overtake into Turn One – a good exit out of the final corner will be key to maximise speed down the straight.

We’ll be under the lights this weekend for the first time since we were in Bahrain for the season opener in March, as the Qatar Grand Prix is set to be a twilight race, with the start scheduled for 17:00 local time. The cooler temperatures in the evening will make life easier for the drivers, cars, tyres and team members, but FP1 and FP3 will take place during the day, which means FP2 will provide the most representative picture of likely qualifying and race conditions.

A grand prix isn’t the only major sporting event Qatar is set to host for the very first time. The 2022 FIFA World Cup is just around the corner and Qatar is the host nation for the next instalment of the biggest football tournament on the planet. From DRS to VAR, from pit-stop to tiki-taka, we’ve quite literally got you covered with the World Tour 9FIFTY Cap, which features a modern, digitised world-map print that’s a perfect fit for a grand prix and the footy. 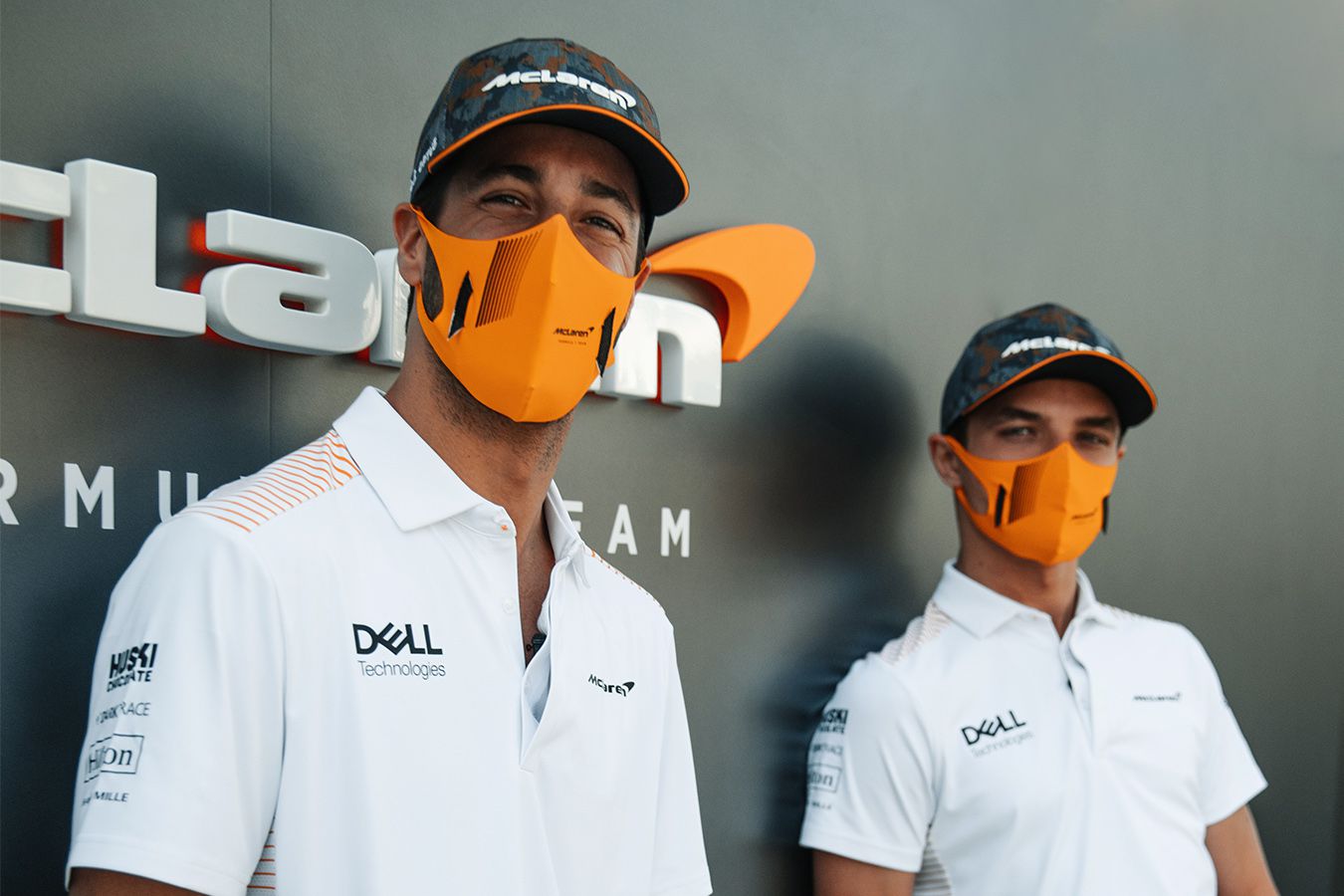 OK, time for another shameless McLaren Plus plug, folks. In case you haven’t heard, it’s the most inclusive, rewarding and open-to-all fan programmes in motorsport. It gives you unparalleled access to the team, as well as exclusive competitions, giveaways and 10% off at the McLaren Store. And it’s also completely free, so sign up below. It’ll be the best decision you make all week… along with purchasing the World Tour 9FIFTY Cap – make sure you do that too.

The São Paulo Grand Prix according to social media

Check out our fan's incredible work!