Everything you need to know for the French Grand Prix

Everything you need to know for the French Grand Prix

After a weekend without any Formula 1, the French Grand Prix kicks off the first triple-header of the season. Fast, furious and oh-so fun, you’re not going to want to miss a second of the action at the Circuit Paul Ricard.

To get up to speed for our trip to the south of France, check out our latest preview for the thoughts of Lando Norris, Daniel Ricciardo and McLaren F1 Team Principal Andreas Seidl. It’s also got a few clues for what to watch out for and details on the McLaren merch bundle that’s dropped just in time for Father’s Day.

“Looking back on Baku, we made a good recovery to score some important points for the Constructors’ Championship. At the same time there’s a lot we can learn from the weekend that we can take into the triple-header. Three races back-to-back can be intense, but everyone at the track and the factory is prepared and is continuing to give everything to give us the best chance to compete for points. We need to keep pushing as a team to extract the most out of the car to stay in this tight battle with our competitors.

“Switching from a run of street circuits to more traditional tracks with France and Austria will be an exciting challenge. It’s great to be returning to Paul Ricard for the French Grand Prix after everything that’s happened in the last year. It’s a fun, fast track with a mix of corners and opportunities for good racing.”

“We head to France this week to start the first triple-header of the season and I can’t wait to get started. Three back-to-back races can be seen as a challenge, but it’s also a great opportunity to get continuous time in the car and really build on the progress we’ve made so far. Being able to consecutively put more miles in over the next three weekends combined with the work we’ve done in the simulator will hopefully get us to a good place and continue to build my confidence in the car.

“We definitely had a productive weekend in Baku with several positive moments. I’m looking forward to racing at Paul Ricard this weekend. It’s a much more conventional and forgiving track than Baku that also comes with slightly fewer risks. So, let’s stay focused, try and make everything click and see what we can do!”

“After street circuits in Monaco and Baku, our attention now turns towards the first triple-header of the season with the first race in France. As a team we know what to expect from the demands of a triple-header and we’re well prepared for the task at hand. Keeping strong momentum operationally, with our reliability and the management of spare parts is a priority to overcome the unique challenges that back-to-back races present.

“After taking the time to analyse and understand the data from Baku, it’s clear that we still need to continue to take steps forward as a team and extract the most out of our package as we compete in a very close battle with our competitors. The Circuit Paul Ricard is a different style of track compared to previous races and therefore it’s difficult to understand the pecking order ahead of the weekend. Our priority going forward is to qualify well in order to put ourselves in the best position possible to score the most points on Sundays. We remain focused and determined to once again fight for good points this weekend.

“Finally, we’ll be racing in honour of Mansour Ojjeh this weekend. He was and always will be an integral part of the McLaren family and a true inspiration to all of us.” 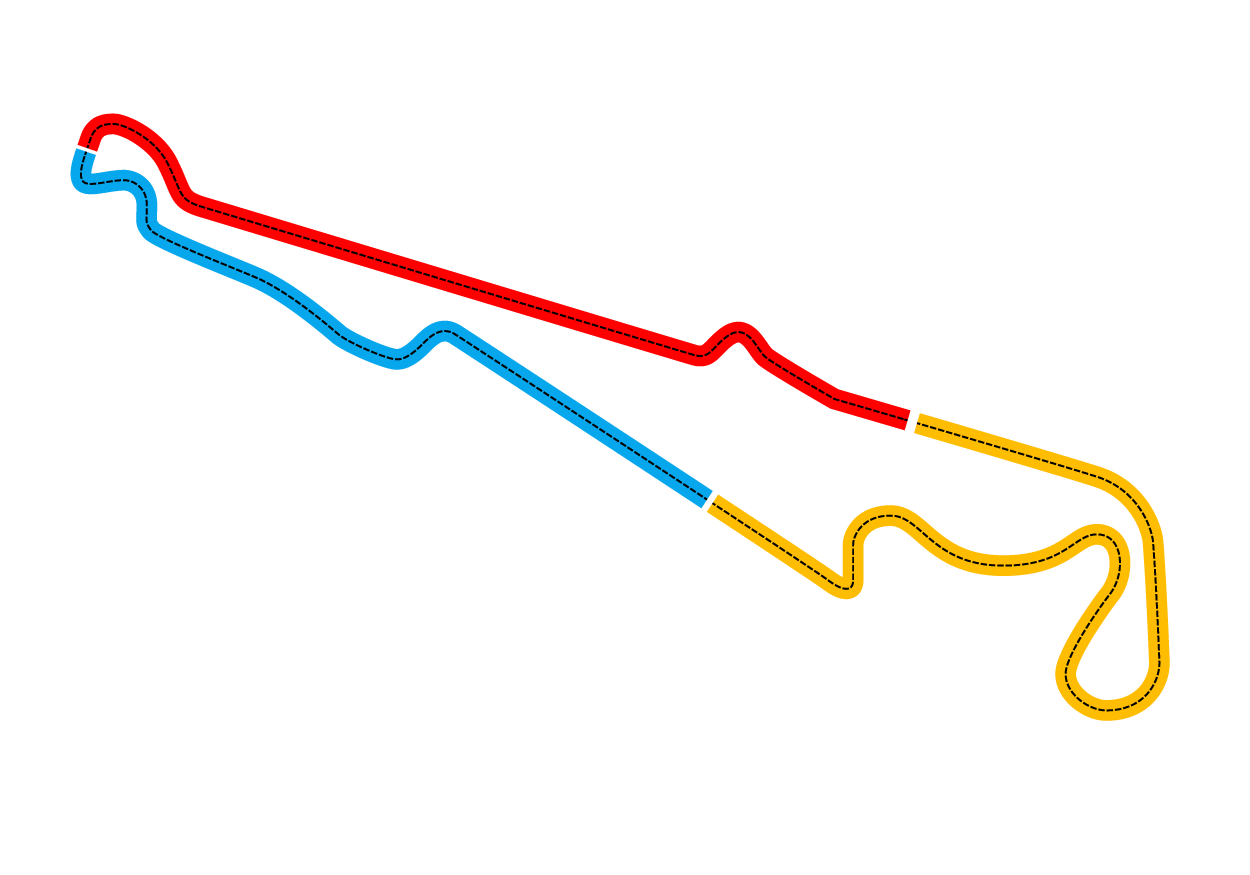 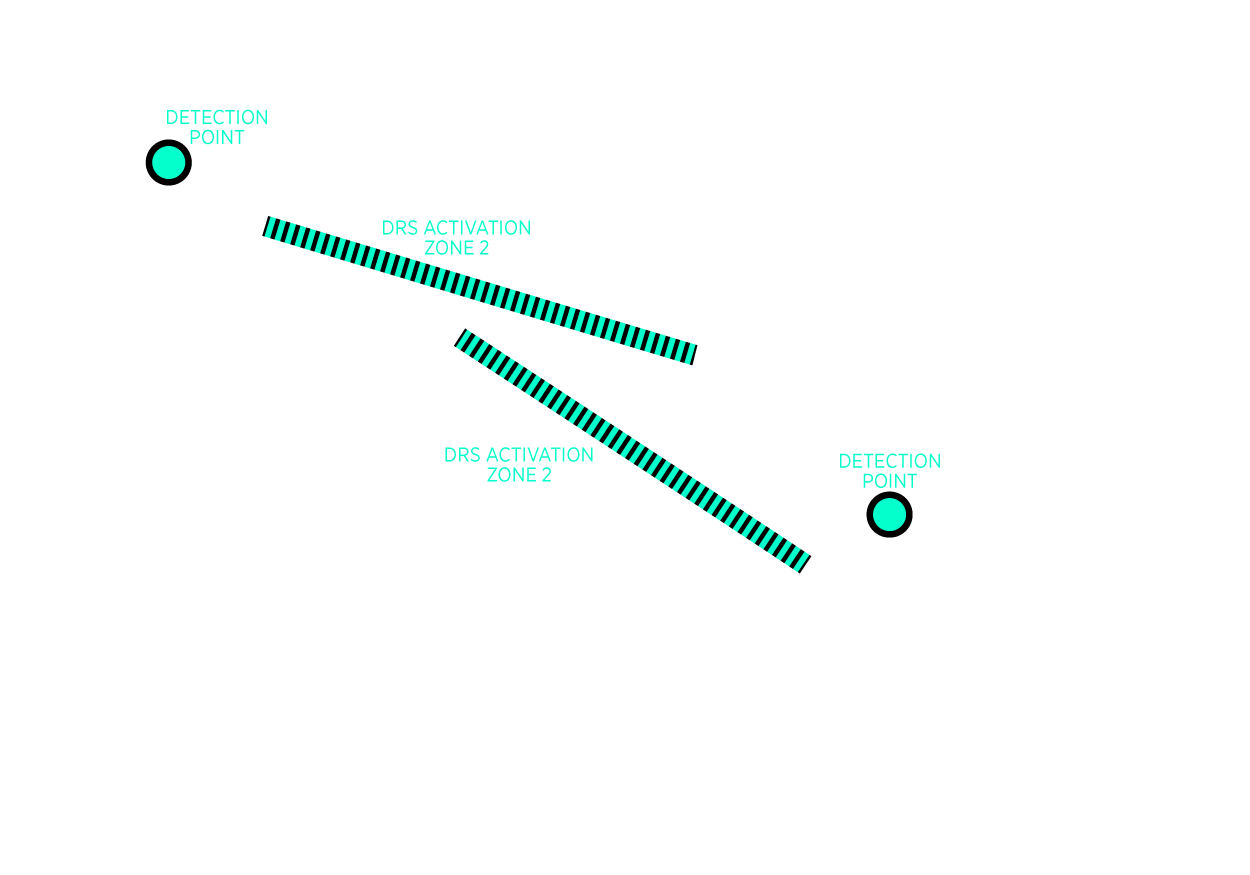 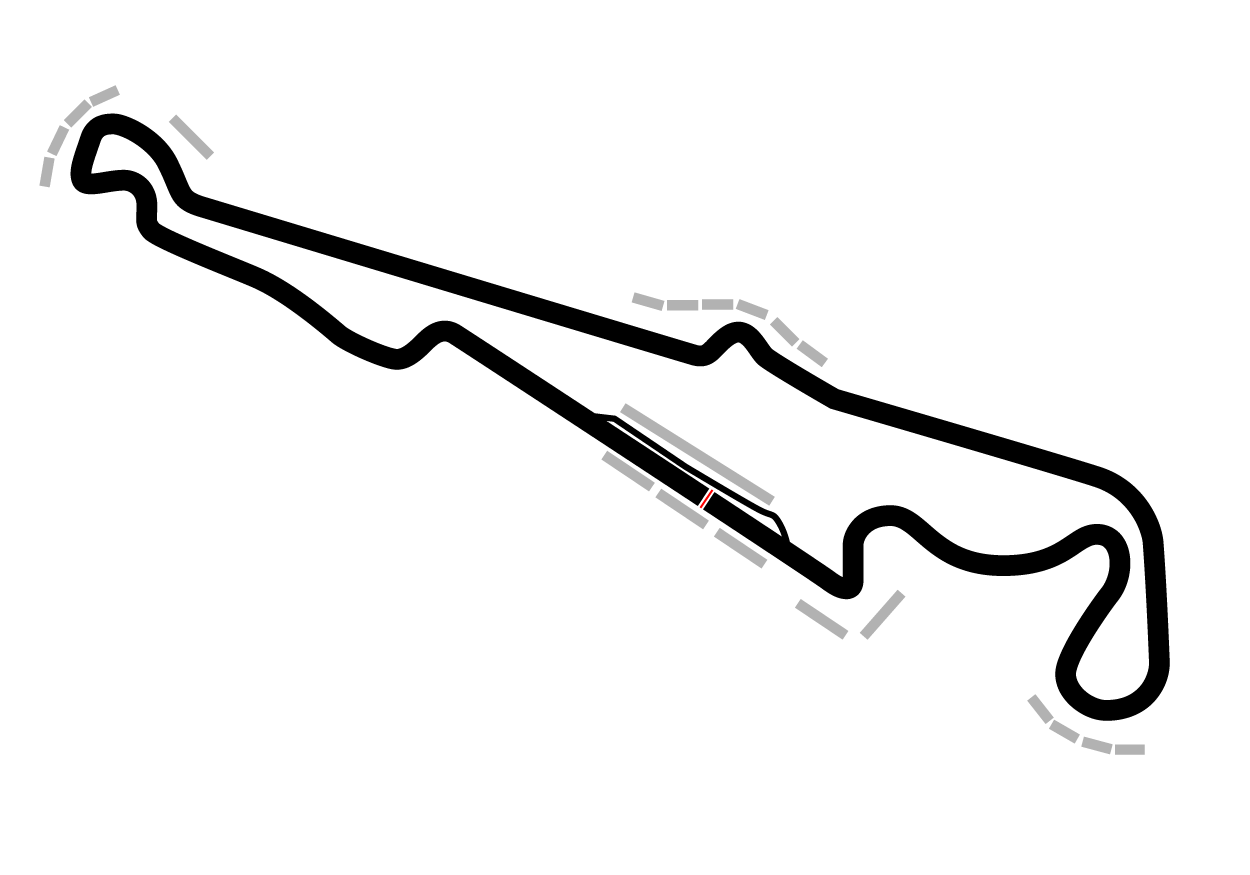 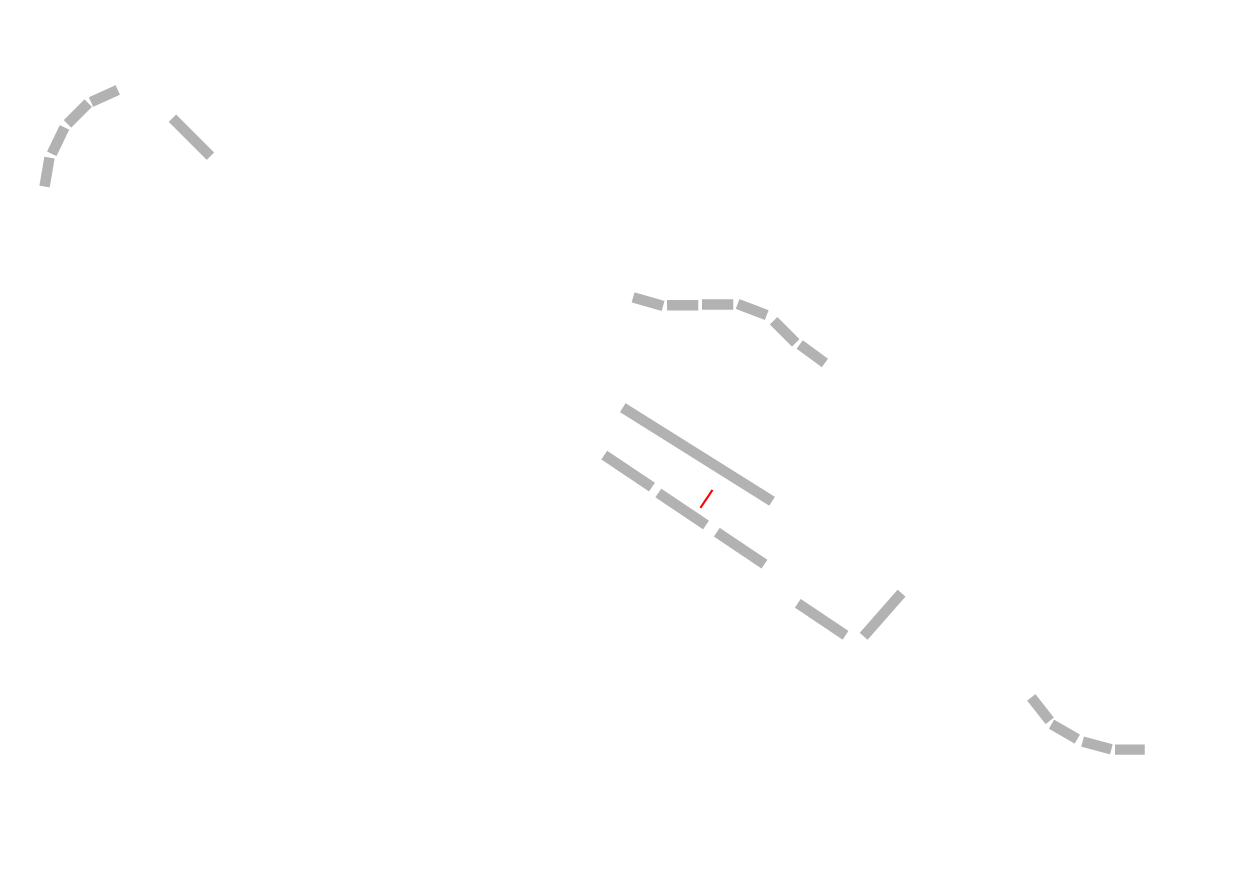 After a 10-year hiatus, the French Grand Prix returned to the F1 calendar in 2018. But don’t let that absence fool you, it’s one of the sport’s most famous races. First held in 1906, it’s taken place on 86 occasions and 16 different venues have been home to the race over the years.

McLaren has won the French Grand Prix five times: the first came with James Hunt in 1976 at Paul Ricard, Niki Lauda followed up eight years later at Dijon, Alain Prost scored two memorable home wins with the team in 1988 and 1989 at Paul Ricard, and David Coulthard followed up just over a decade later at Magny-Cours in 2000.

When F1 last raced at Paul Ricard, it marked only Lando’s third points score in the sport – just a handful of races into his rookie season. This year he arrives as the only driver to have scored points in every race so far this season, while Daniel has a top-five finish at Paul Ricard to his name courtesy of fourth in 2018.

The layout of Paul Ricard is pretty unique with its abundance of long straights and long corners. The latter, and the likes of the slower-speed Turns 14 and 15, mean this is not a low-downforce circuit. It’s not dissimilar to Silverstone and is also a power-sensitive circuit. Working out the optimum downforce level will be one of the biggest challenges this weekend. You want downforce for the corners but also need to limit drag down the straights.

Track temperature is always a key factor in getting the best out of the tyres. In the past, we’ve seen very high track temperatures at Paul Ricard: that’s partly due to the warm weather we’ve often enjoyed in Le Castellet – and look set to be blessed with once again this weekend, but also due to the asphalt being particularly dark here which means it retains a lot of heat. There’s a tendency for races at Paul Ricard to be a one-stop and, while it’s too early to say whether that will be the strategy come Sunday, it could well prove to be the way to go.

Sunday 20 June is a big day. Not only is it the date of the French Grand Prix, but it’s also Father’s Day. We’re all for celebrating the dads out there, but we do know that they can be notoriously difficult to find the perfect gift for. Even though they say they’d be happy with a pair of socks or slippers, naturally, you want to show the love and treat them to something a little more memorable. But just what do you go for?

Well, we’ve got just the thing with our Father’s Day Gift Bundle. It features a McLaren T-shirt, backpack, keyring, lanyard and water bottle. Any of these items of merch will be a hit with the McLaren-supporting dad in your life – and you can mix and match to your heart’s content. Plump for the whole bundle and you’ll get 10% off your order, plus an additional 10% off if you’re a McLaren Plus member. 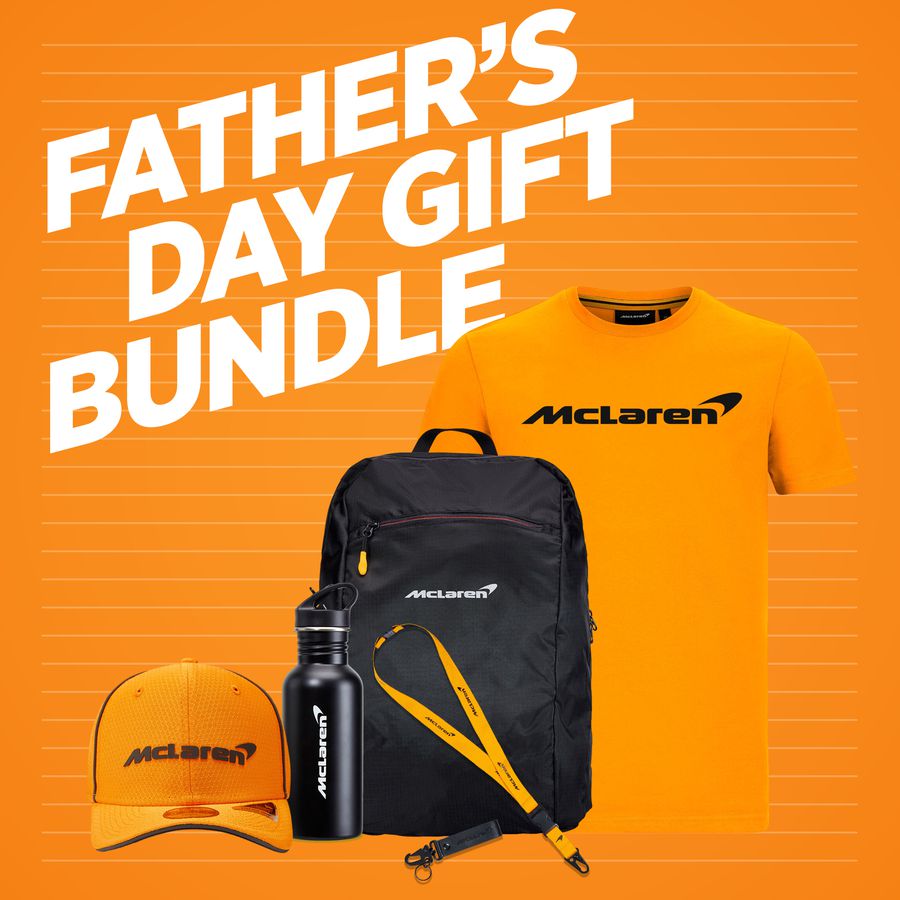 Apparently, there’s no such thing as a stupid question and while some fans send the occasional one to the #TheFifthDriver that’s a little, shall we say, left field, the vast majority have their merits. We love trying to answer as many as we can during live commentary on McLaren.com and the McLaren App throughout the race weekend, and squeezing them into our ‘Question Time’ feature on McLaren.com.

Not only do we endeavour to provide you with the answers you seek, but we also give those who ask the best questions a prize. The pick of the bunch from the Azerbaijan Grand Prix came from @vaniliecusuc, who wanted to know why we put tape over gaps in the car’s bodywork – a question the earned them a McLaren flag signed by Lando and Daniel. As with most things in F1, the answer is all about maximising performance – even if it’s worth just a few thousandths of a second.

Got a question for the team you want answered? Fancy getting your hands on some McLaren merch? Make sure you send your best questions over to #TheFifthDriver ahead of this weekend.

Oldest grand prix in the world