Looks can be deceiving. To the untrained eye our 2021 Formula 1 challenger doesn’t look all that different to its predecessor, but don’t be fooled. The MCL35M is pretty much a brand-new car and who better to talk you through the changes than McLaren F1 Technical Director James Key?

Here’s his take on our latest creation…

We faced a unique challenge heading into 2021 as the only team changing power unit. And this was made harder due to covid-19, which forced the sport to shut down for several months and had a huge impact on our ways of working. Not only did we have less time to get on top of the engine installation, we had to do a lot of it working from home. It took an extraordinary effort from everyone in the team, as well as excellent support from Mercedes, to install a power unit that was very different to the one we had been using. It’s great to work with Mercedes, they’ve set the benchmark with the current generation of F1 power units, but the reality is there’s now very little separating any of the engines in F1 in terms of performance.

The power unit is a fundamental part of a car’s architecture and because many of the Mercedes components, such as the engine and energy store, have different geometries compared to what we used last year, we effectively had to redesign the whole car. But we had to do this while adhering to the homologation rules, which meant carrying over elements from last year where possible and adapting what we already had to fit the power unit in. Nevertheless, the switch to Mercedes power has resulted in a new chassis; gearbox; and fuel, hydraulic, electrical and cooling systems. Even the wheelbase has changed: we’ve had to extend it slightly because the gearbox bell housing is longer to accommodate the Mercedes engine. 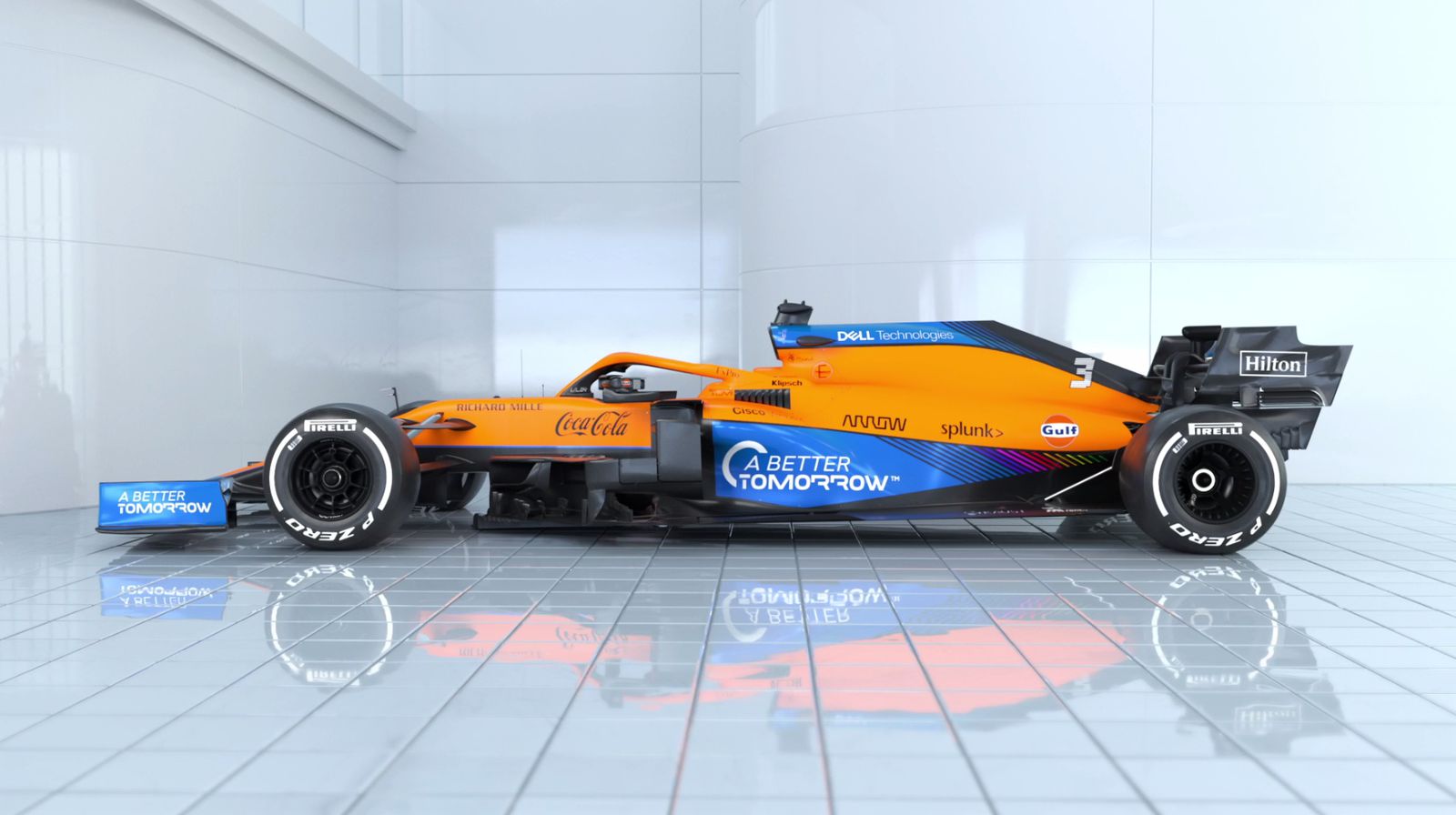 We could have gone further

When modifying the chassis, we worked very closely with the FIA to ensure we were only changing what we needed to, but this meant we couldn’t exploit the chassis change as much as we would have liked in the pursuit of performance. Although we spent our development tokens on the power unit installation, it’s not fully optimised because of the rules around homologation. We would have done it differently were it not for the restrictions put in place for 2021.

I’m in love with the shape of you

A lot of the bodywork shape is dictated by the engine installation, so some of the different shapes you see on this year’s car are down to that. But most of the changes are just logical steps we would have made with this year’s car, even without the power unit switch, based on learnings from last year when the bodywork was quite different to what we had before. This year’s bodywork is based on very similar principles to last year and I don’t think this will change during the season because it’s something that’s largely defined when you’re in the throes of defining the car architecture. 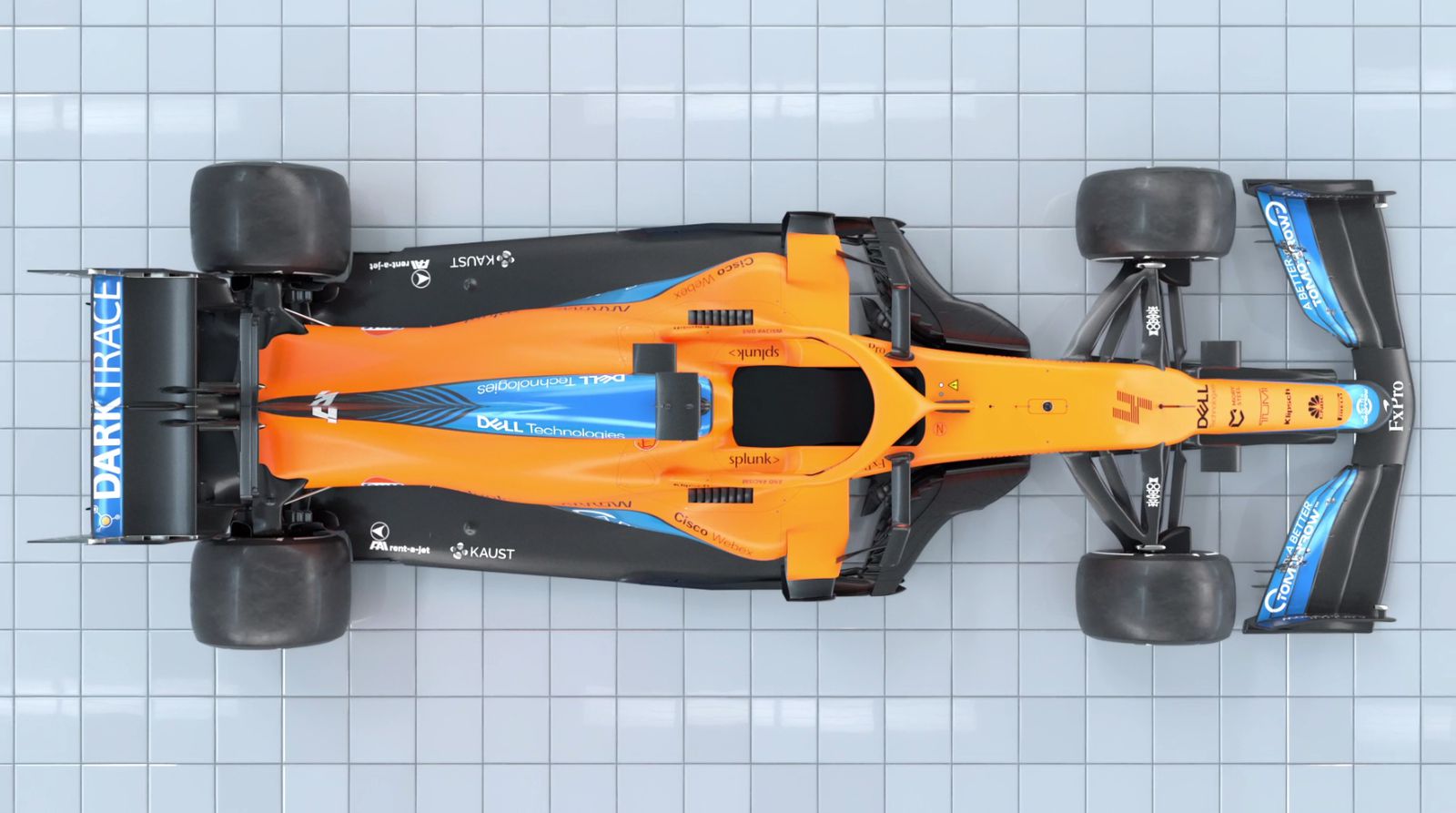 These cars generate huge amounts of performance and, despite plenty of stability in the regulations for this season, it was clear that there was a good opportunity for teams to take another significant step forward. However, this could have been a safety issue in some circumstances, particularly at high-speed circuits. Therefore the aerodynamic regulation changes this year – which include narrowing the floor ahead of the rear tyre by 10 cm, outlawing slots in the floor, shortening winglets on the lower half of the rear brake ducts by 4 cm and clipping diffuser fences by 5 cm – are really a safety measure aimed at reining in the performance of the cars by cutting downforce somewhere in the region of 10%.

Although the changes seem very subtle, they have a considerable impact. We’ve been trying to claw back the downforce lost and it’s been a real challenge. It’s required fresh thinking because the geometries imposed by the regulations are unique and not something we’ve encountered in the past. And while the changes take downforce away from the rear, it forces you to take some off the front to rebalance the car, so there’s been a global reduction in downforce. 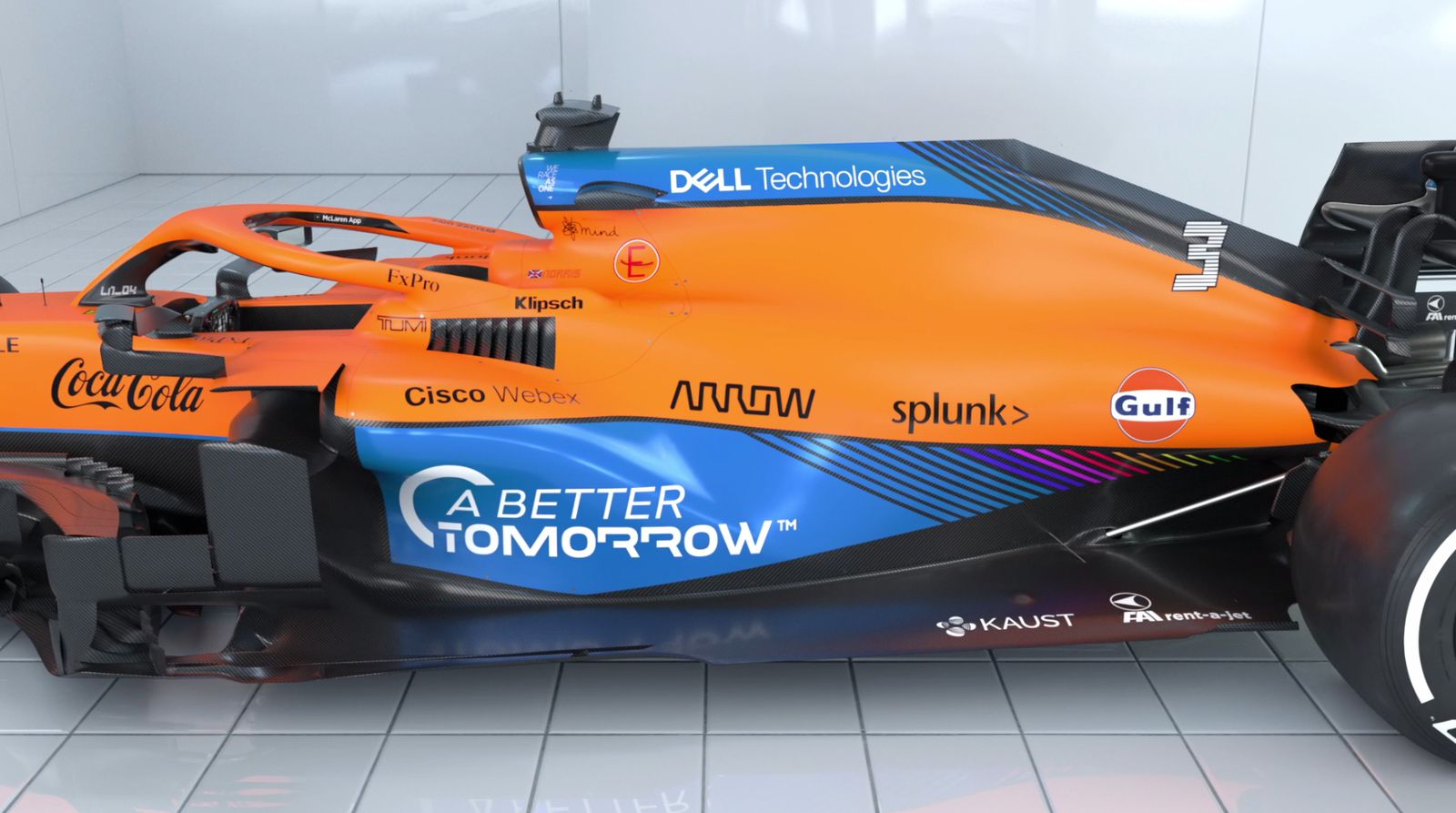 These changes are also in a very sensitive area of the car – around the rear wheels. Anything that involves wheels and airflow, particularly on an F1 car, is very complex to understand. It’s taken a lot of hard work and learning to arrive at the solutions we have. There’s more to come; it’s an ongoing process to get the most out of these changes and I'm sure that when everyone takes to the track, we'll all look at each other's cars, see various solutions and there’ll be a convergence in approach as the season goes on.

Aerodynamic design in F1 is immensely complex. To the untrained eye some of the aerodynamic changes we’ve made might look simple, trivial even, compared to last year, but they can have a significant impact on the performance of the car. It’s all about constantly re-optimising and developing – not just the car but also your understanding.

We’re talking about many elements needing to work in harmony in all sorts of conditions out on track – it’s an incredibly complicated thing to get right. Just look at the bargeboards and deflectors towards the front of the car: it almost looks as though they’ve grown organically, but a huge amount of thought has gone into them. There’s a reason why every single aerodynamic component is the shape it is and located where it is. 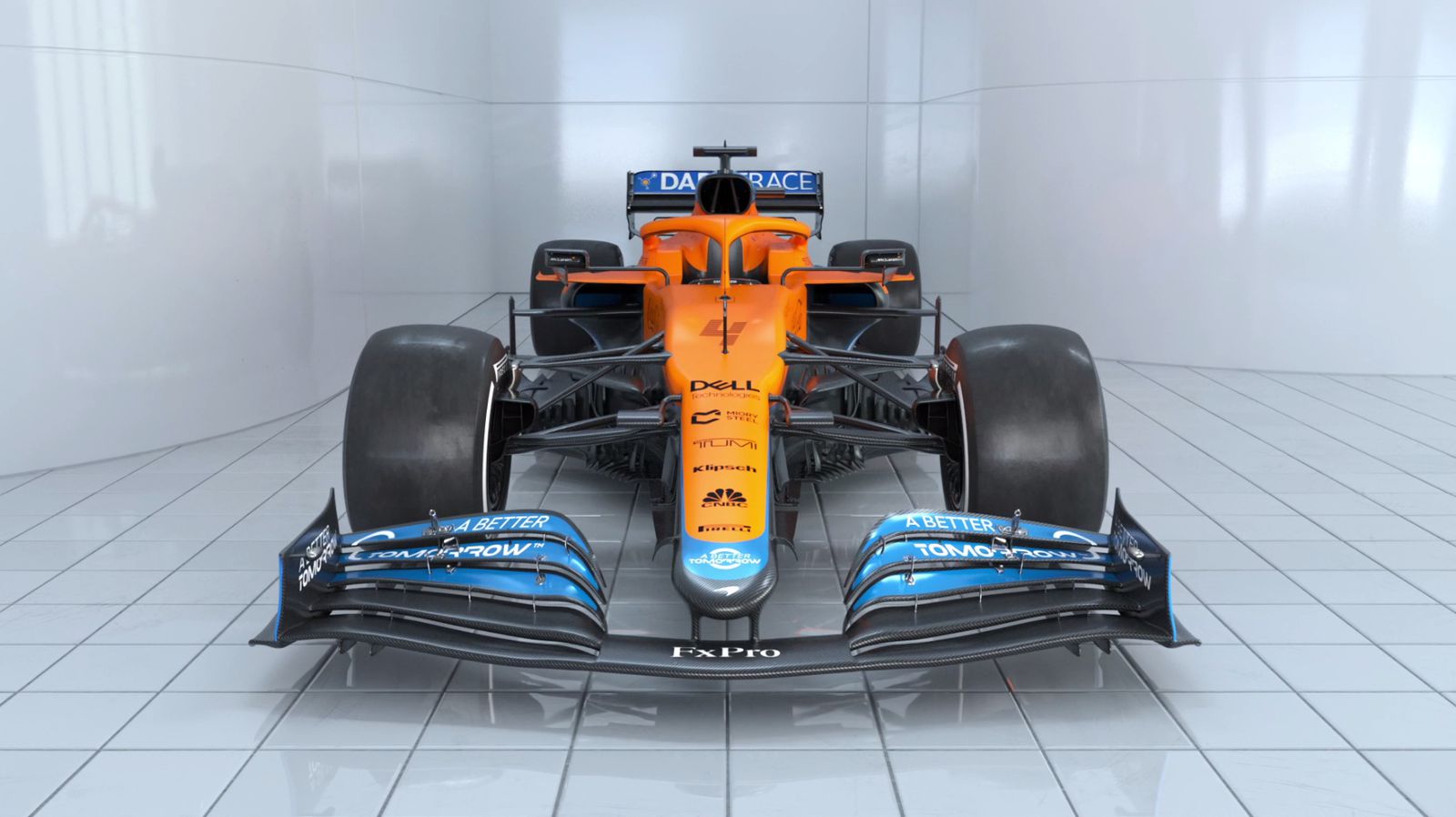 Do I know you?

Parts of the MCL35M, like the nose, look very similar to its predecessor. We had to introduce the new nose concept last year to meet the homologation deadline, otherwise we would have had to stick with the concept we started 2020 with. On the mechanical side, a lot of areas are already locked down, or will be from the first race of the season.

On the other hand, most of the aerodynamic surfaces are free to develop: things like bargeboards, and the front and rear wings. We’ve been working hard on these areas and will continue to do so throughout the season. There's plenty of scope to make improvements – to enhance our strengths and address any weakness. 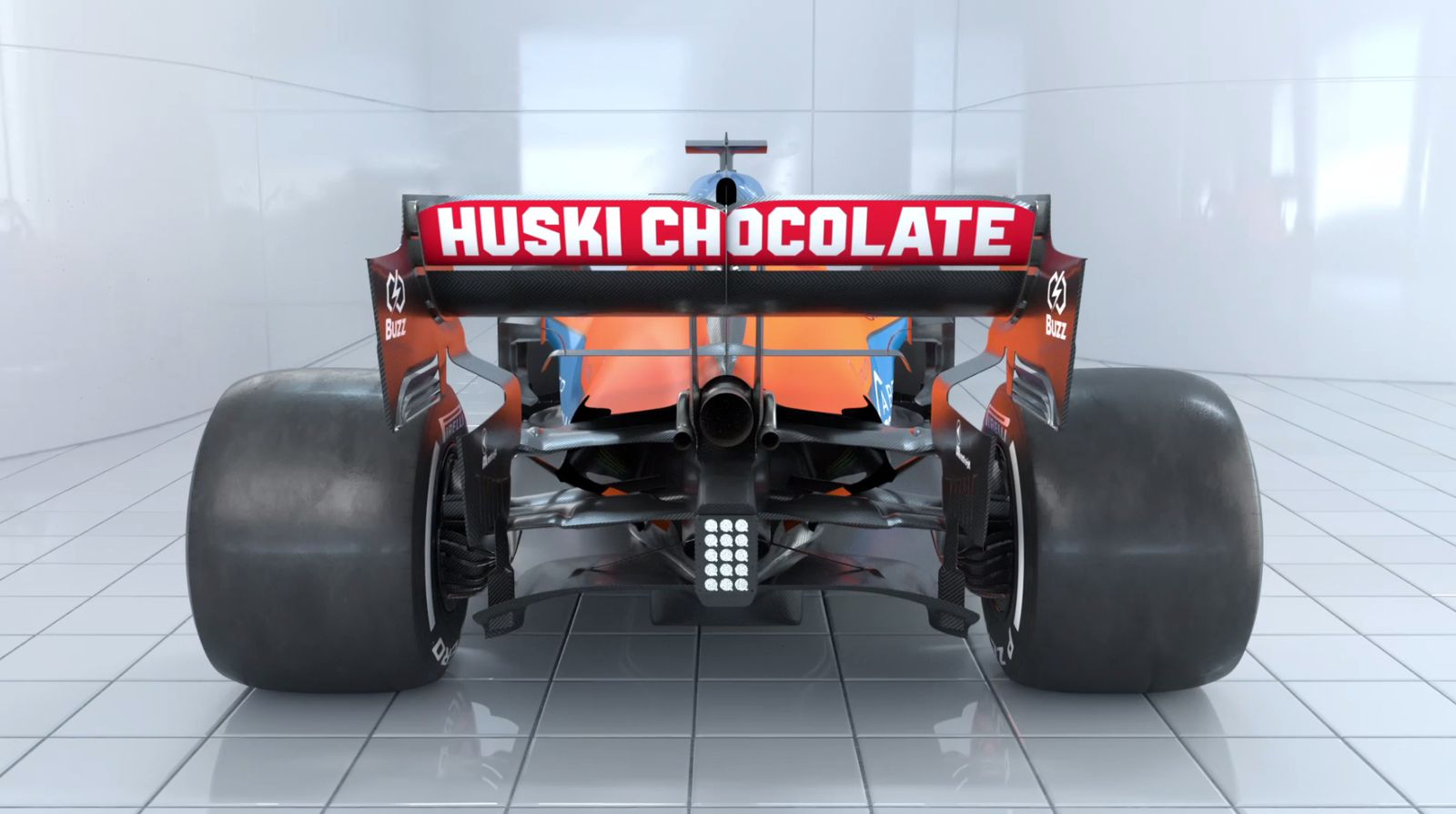 Along with the reduction in downforce, the integrity of the tyres has been increased slightly as a safety measure. Pirelli, the FIA and all the teams are keen to avoid situations like the 2020 British Grand Prix, when tyres were failing. There were occasions last season, at high-speed circuits, when it was clear to see that they were really on the limit.

The stiffening of the construction around the shoulder area has altered the shape of this year’s tyres slightly but it’s not a fundamental change and their characteristics are similar to what we’ve had before. There are some small differences that need to be taken into consideration, but it’s a case of adjusting setup rather than having to redesign the car to get the best out of the new tyres. I’m sure we’ll learn plenty more about them in pre-season testing.

Make sure to keep an eye on TEAMStream and the McLaren App for more updates on the MCL35M.

Lando and Daniel kick off the season in style...

"In the end, we fill the car and send it"