"Let's try and get some good points this weekend!"

"Let's try and get some good points this weekend!"

‘Keyboard not responding. Press any key to continue.’

Infuriating computer error messages like this are about as close as many of us will get to the repeated ‘Default 0-3’ instruction received by Lando last time out at the Nürburgring, as he tried to clear error codes on his steering wheel and manage a power unit problem. But, with the ‘Green Hell’ firmly in our rear-view mirror, we’ve had a chance to hit ‘Control-Alt-Delete’ and we go again this weekend at the Autódromo Internacional do Algarve – a rollicking rollercoaster ride more commonly known as Portimão Circuit.

Once again, we’ve got everything you need to know right here, with the latest from Carlos, Lando, and McLaren F1 Team Principal Andreas Seidl. We’ve also got news of a brand-new, bang-on-trend fashion item that’s just landed on the McLaren Store, plus details of how you can win more McLaren merch.

“Last time out in Germany wasn’t our best weekend despite scoring a good result in P5. We’ve been working hard these past days with all the data gathered in the race and hopefully we can address the issues we faced coming into Portugal.

“Portimão is definitely an unknown for me, as it is for many of the drivers and for F1. I like the challenge and I’m looking to get up to speed right from the start of the weekend. Our rivals are performing on track and we still want to be in the battle to finish higher in the championship. There are six races to go and we’ll keep pushing until the very last one.”

“The Nürburgring was the first time this season that we couldn’t get the car over the finish line, which I’m a bit gutted about. I gave it my all, but it just wasn’t meant to be and we missed out on a good chunk of points. We’re still in the fight and we’ve got something to chase. We just need to focus on ourselves and take each race as it comes.

“It’s really cool that we’re able to race at tracks like Portimão that are completely new to F1 during this unusual season. The circuit is probably new to a lot of the guys with a few of them having experience there in junior levels. I actually got to do a two-day test there in a 2011 MP4-26 back in 2017, which was a bit different to the usual few laps testing at Silverstone. Not sure if it will give me a little bit of an edge on the drivers who are new to the track, but we’ll have to wait and see. Let’s try and get some good points this weekend!”

“As we prepare to head to Portugal, our focus since Germany has been on analysing and understanding the data we gathered at the Nürburgring so that we come to the right conclusions and find the best way to progress. Based on that analysis we will continue to use our new nose box aero concept combined with a known competitive car configuration. We will continue to bring more new upgrades to the car to test on Friday and also further explore and quantify our new aero concept.

“It’s great to be heading to Portugal and to a new track this season especially with the circumstances that this year has brought. This will be the first time that Formula 1 has raced at the Portimão circuit with it only being used for winter testing during the 2008 – 2009 season. Similar to Mugello, the Portimão circuit is an unknown with limited historic data on the track, so we’re trying to understand how current F1 cars will perform through simulation. I’m sure it will be a good test for all teams and drivers to fully understand the track and best prepare for qualifying and the race.” 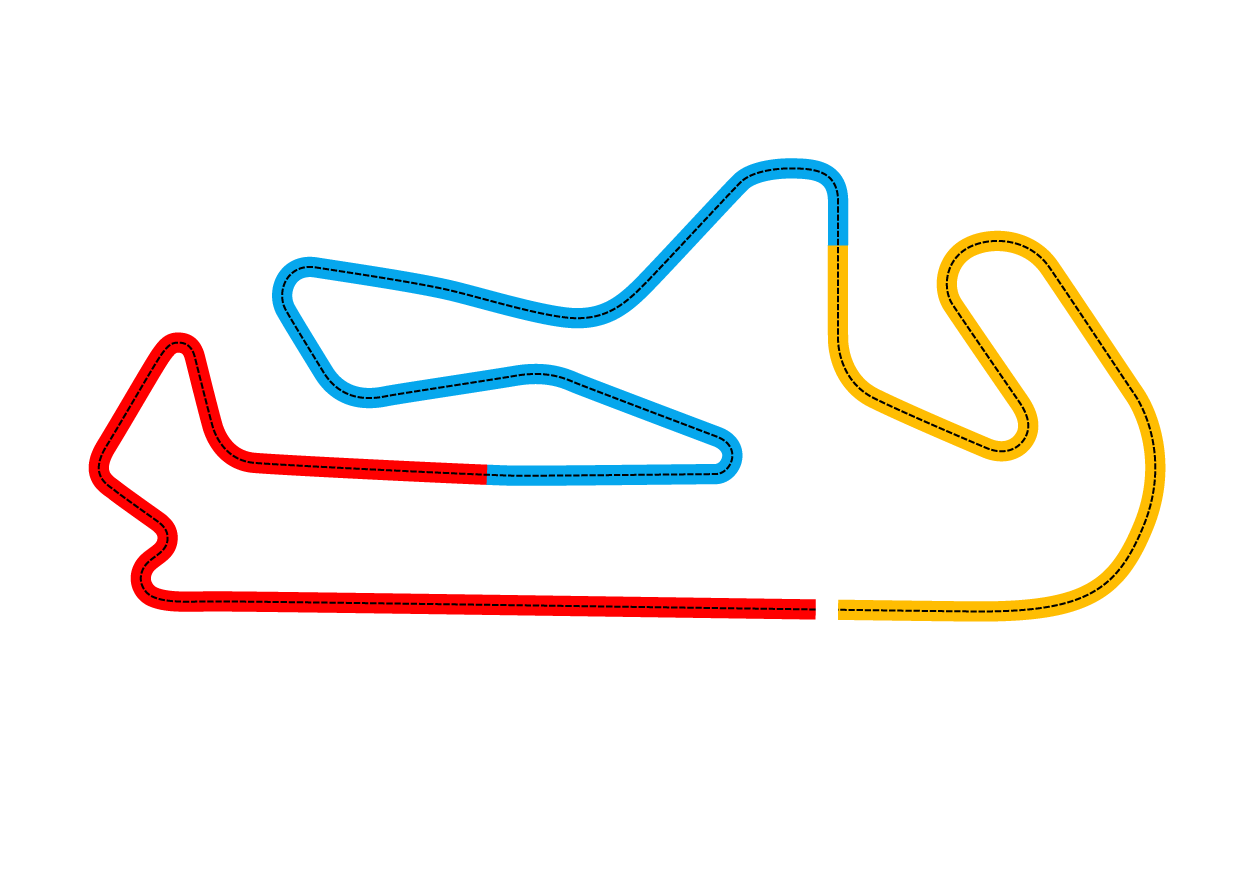 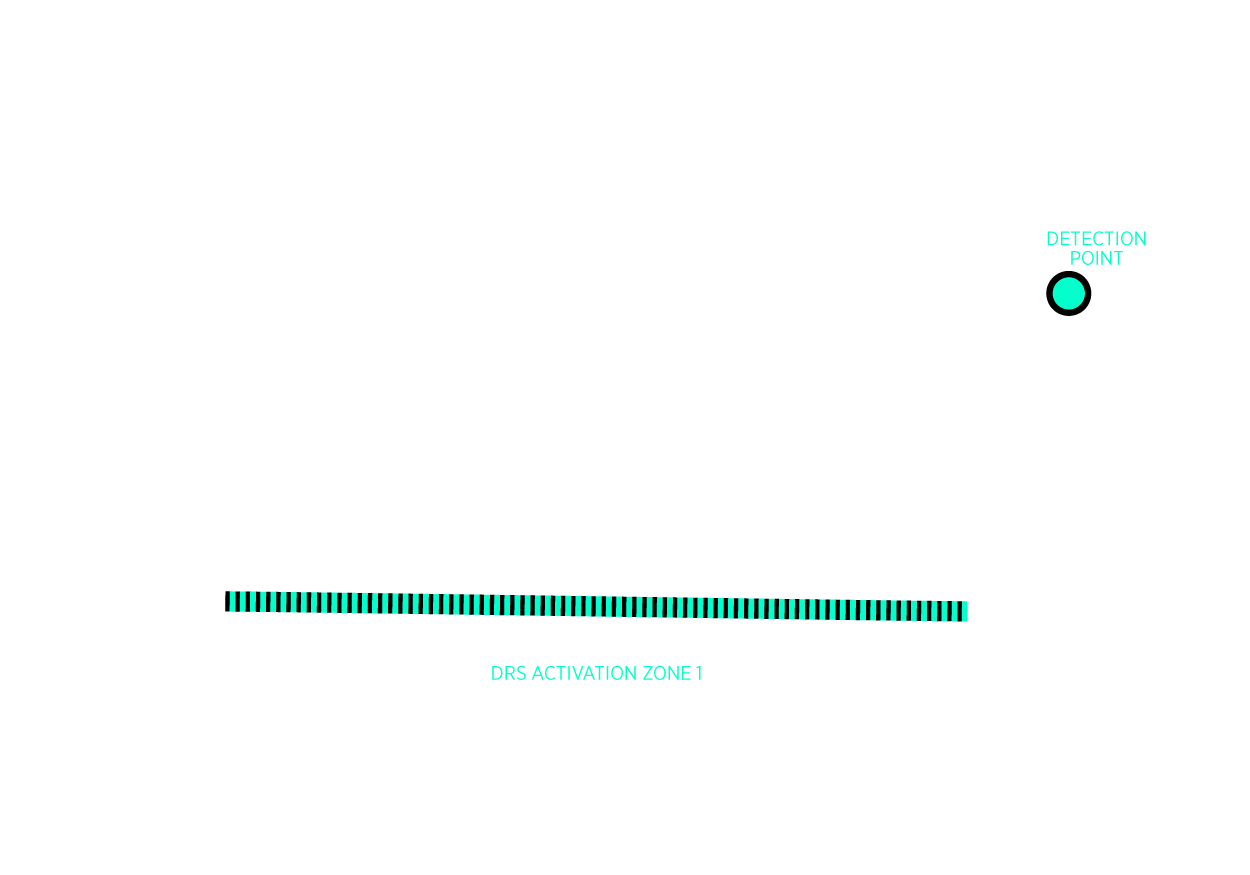 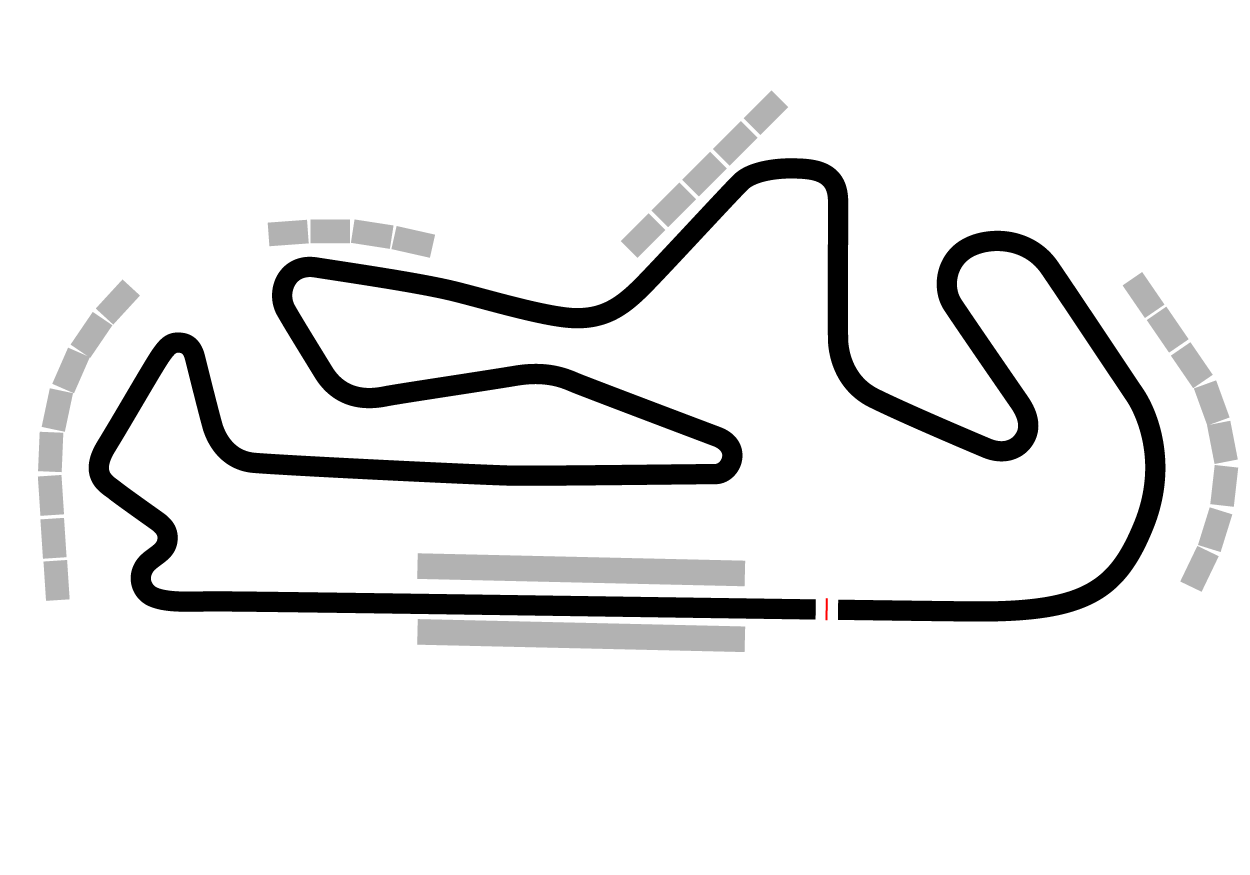 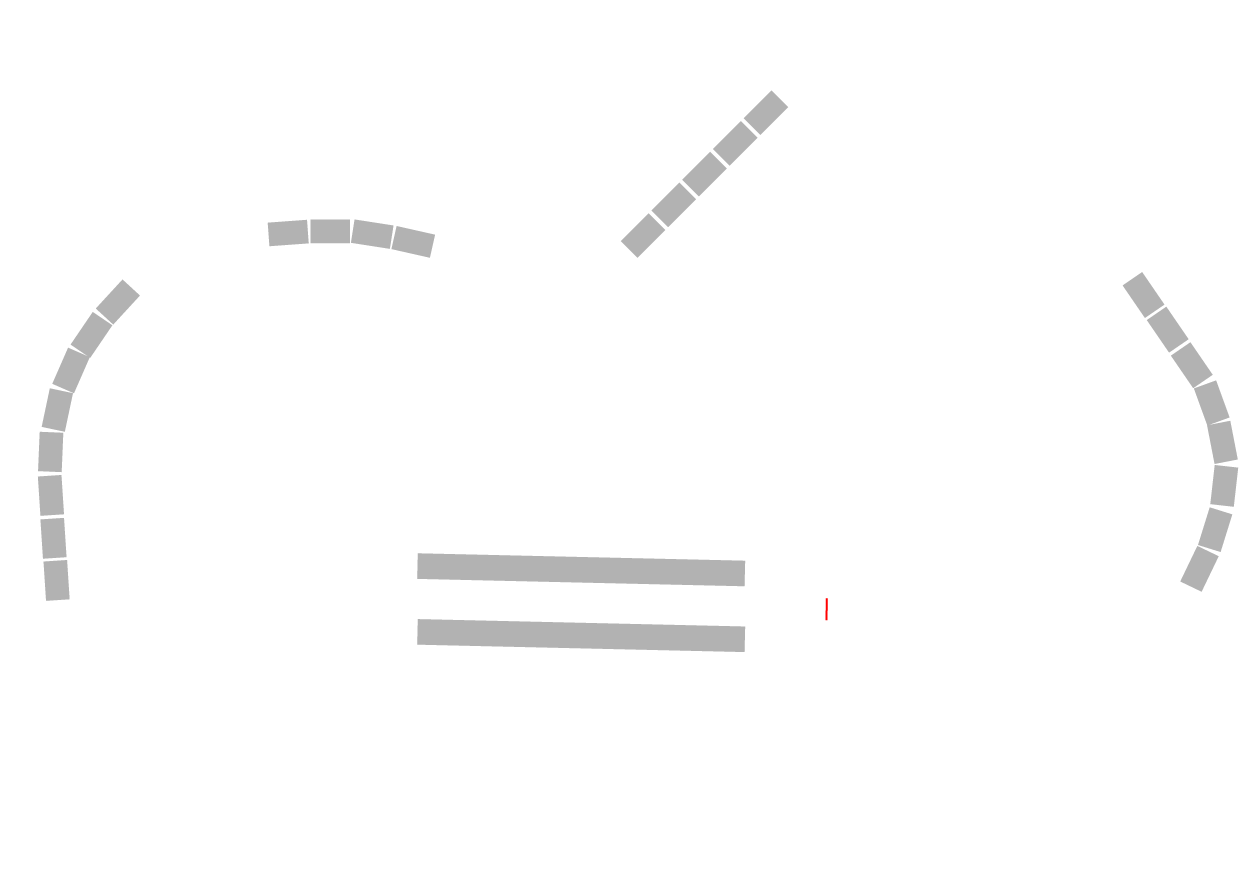 Unsurprisingly, given that this will be the first grand prix to be held at the Autódromo Internacional do Algarve, neither Carlos nor Lando have raced F1 machinery here. In fact, the only time F1 has visited this circuit was for winter testing in 2009. And yet, Lando is actually one of the few drivers on the grid to have sampled an F1 car here: during a two-day test in the MP4-26 in 2017 as part of his prize for winning the McLaren Autosport BRDC Award.

The Portuguese Grand Prix is nothing new to F1. Last held in 1996 at Circuito do Estoril, the race has taken place on 25 occasions. Of those, 16 were Formula One World Championship events – three of which have been won by McLaren, and all with Alain Prost behind the wheel (1984, 1987, and 1988). Indeed, both ’84 and ’88 saw us come away with one-two finishes, with Niki Lauda and Ayrton Senna in second respectively – the former’s podium enough to clinch the title by half a point from team-mate Alain.

No, rock royalty U2 aren’t playing at Portimão this weekend, but drivers are, quite literally, going to experience plenty of highs and lows out on track. Such are the elevation changes during the 2.9-mile lap, you’d be forgiven for feeling a little nauseous after the first couple of tours you watch. But, before you know it you’ll be riding onboard with Carlos and Lando screaming: ‘Look, no hands!’ – a lap around here is mind-bogglingly brilliant, not to mention a real challenge for drivers. 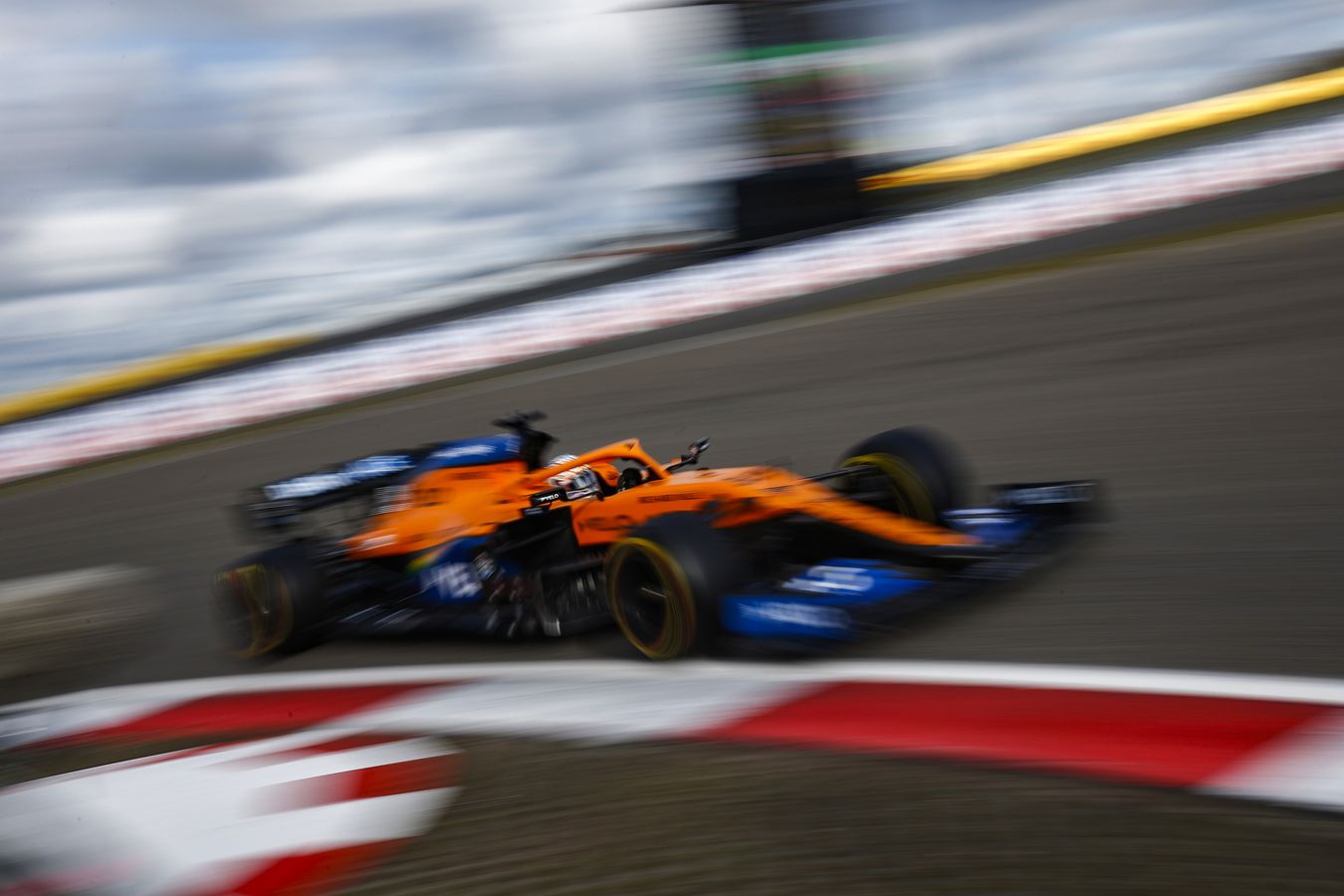 Oh, and at the risk of sounding like a broken record, we’re also going to say keep an eye out for upgrades again. There was no running on Friday in Germany due to fog keeping the medical helicopter grounded. And, while missing out on Friday running is never ideal, its impact was particularly acute because we were unable to test a new aerodynamic package. Hopefully, lightning – or fog – won’t strike twice this weekend and we can further our understanding of our latest aero tweaks.

In case you hadn’t heard, prints are in – and we’re not just talking about what’s in vogue. A limited-edition cap with a printed pattern peak just landed on the McLaren Store. This latest stunner crafted by New Era is perfect for the Portuguese Grand Prix. 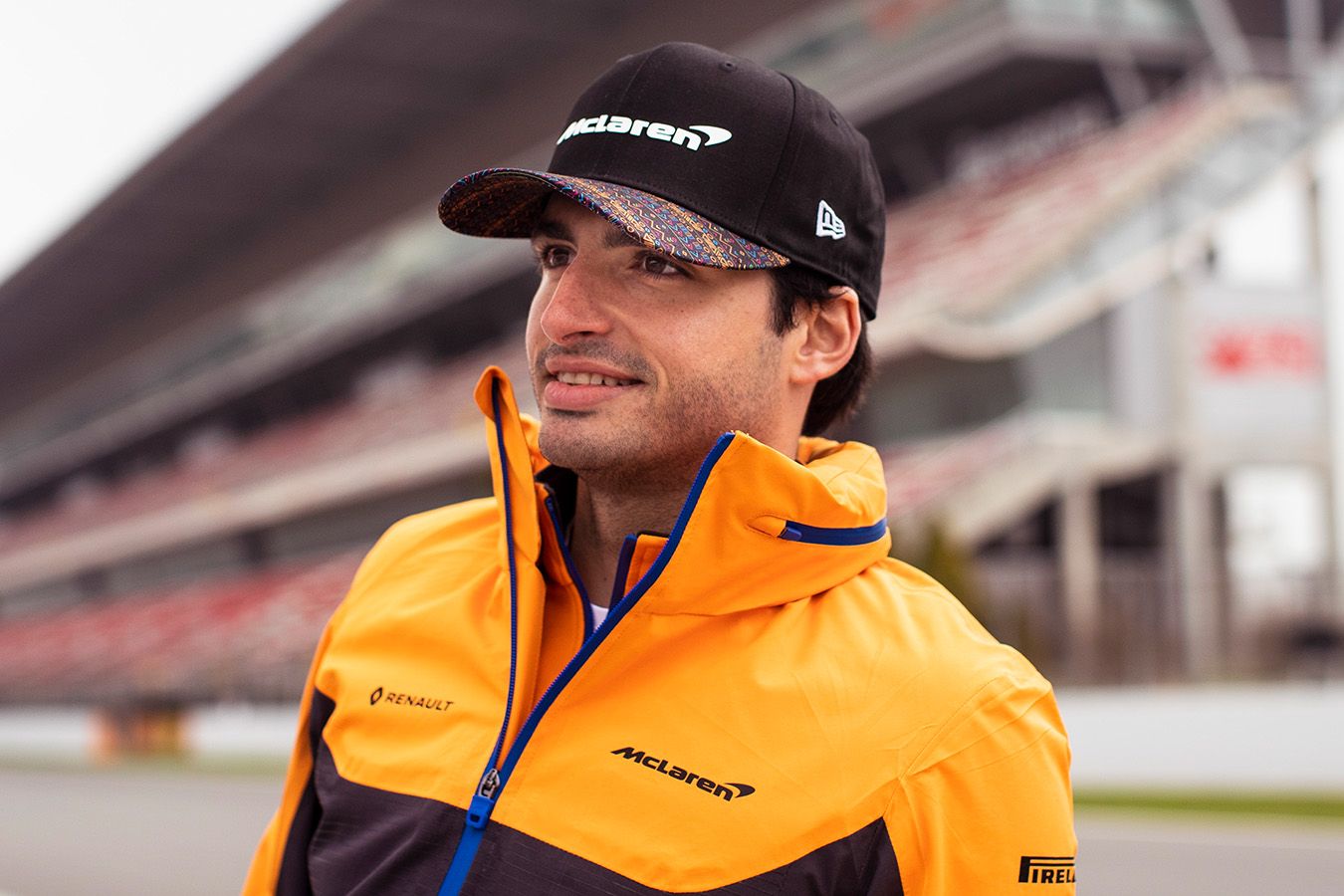 For those of us in the northern hemisphere, winter is fast approaching and that means temperatures are set to plummet. Meanwhile, if you’re in the southern hemisphere, you’re going to need a perfect companion for those cool, breezy summer nights. So, we thought we’d share the love – and warmth – by giving away a McLaren Replica 1/4 Zip Sweatshirt. Soft, stylish and oh so papaya, what more could you want? Just complete the form to be in with a chance. And hurry! Entries close at 23:59 BST on 20 October.

In the Algarve at last