F1 Esports Series: Round One debrief

F1 Esports Series: Round One debrief

Hear from McLaren Shadow drivers James Baldwin, Dani Moreno and Team Principal Ben Daly after a challenging Round One in F1 Esports Series 2020.

"The first event for myself and the team was not ideal as we have very high standards, but there's a lot of promise, and we learned a lot. A big push ahead of Round Two  combined with learning from our mistakes should result in us being a lot stronger moving forward.”

“The first round has been really tough - it was expected because it was our debut in F1 Esports both for James and I. However, I think we got some really positive results especially as we got at least one car into Q3 on all three tracks. It means we have the pace, but possibly lacking consistency in both cars for qualifying.

“We definitely have the race pace to fight for podiums but our qualifying is not good enough to show this yet. Obviously handling the pressure is something that comes with experience and with work, so I'm really looking forward to Round Two and to moving ourselves some places up the grid.” 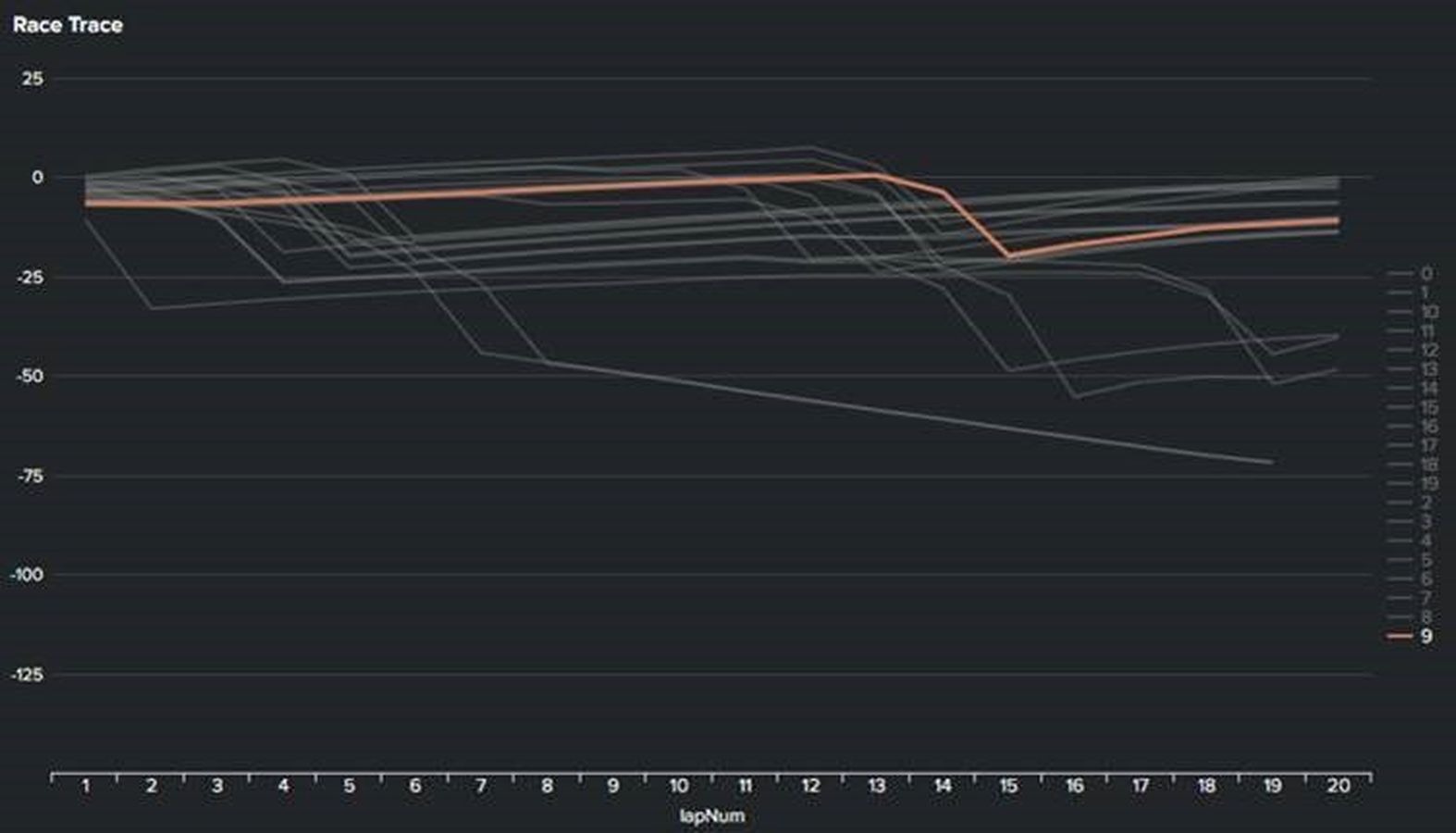 Splunk’s Data-to-Everything platform brings to life driver performance, supporting the analysis of the vast amounts of data available in the game, submitted at up to 60 times a seconds just like in the real-world. The data can be used to show how the drivers performed in each race; tyre degradation, time of throttle, even if the strategy employed was correct.

“There are positives to take from a challenging Round One. For their debut in the Series, both Dani and James consistently showed top 10 pace, with both drivers moving up the grid to finish 8th and 12th respectively in the opening race in Bahrain.

“Technical issues meant Race 2 in Hanoi was a non-starter for the team, but we made up for it in Shanghai with James making it to Q3 and on target to secure significant points for the team driving an alternate strategy before he was caught up in an incident immediately after his pitstop.

"Dani had a tricky qualifying and had to start at the back of the grid, but as we can see from the Splunk Race Trace, his alternate strategy paid off. Running long on the Mediums before eventually pitting on lap 13 and switching to Softs, he performed the rarely seen overcut. With a tyre delta in the closing laps, his pace quickened against all his competitors in the final laps as he charged his way into the points.”

“Overall, the pace was very strong from both drivers, just a couple moments of misfortune meaning we were unable to capitalise further, but I’m immensely proud of what Dani and James have shown in just their first F1 Esports outing. I think they can take confidence from this event and we’ll analyse the data to build into Races 4, 5 and 6.”

Tune in to Round Two on 4 - 5 November to see how the team progress.

McLaren Shadow heads to Asia for the start of F1 Esports Series 2020!