Safety Car deployments can be pivotal moments in a Formula 1 grand prix - and when it comes to proactively shaping the outcome in our favour, preparation beats improvisation every time.

Romantics might cling to the idea of the lone wolf on the pit-wall gambling and winning on strategy with an inspired guess in the heat of the moment, but to be successful during these turning points depends on teamwork, a rich reservoir of data and powerful simulation tools as well as fast reactions and decision-making. At few races is this more important than the Canadian Grand Prix, where historically there has been a 60% rate of races being affected by at least a Safety Car deployment.

Who can forget Jenson Button’s remarkable win for McLaren in Canada in 2011, where rain forced a two-hour ‘pause’ mid-race, and Jenson surged through from the back of the field to snatch the lead from Sebastian Vettel on the final lap? The circumstances of a grand prix can change very quickly, and studying the fine details of that evolution enables our engineers and strategists to make split-second decisions that can deliver a competitive advantage. 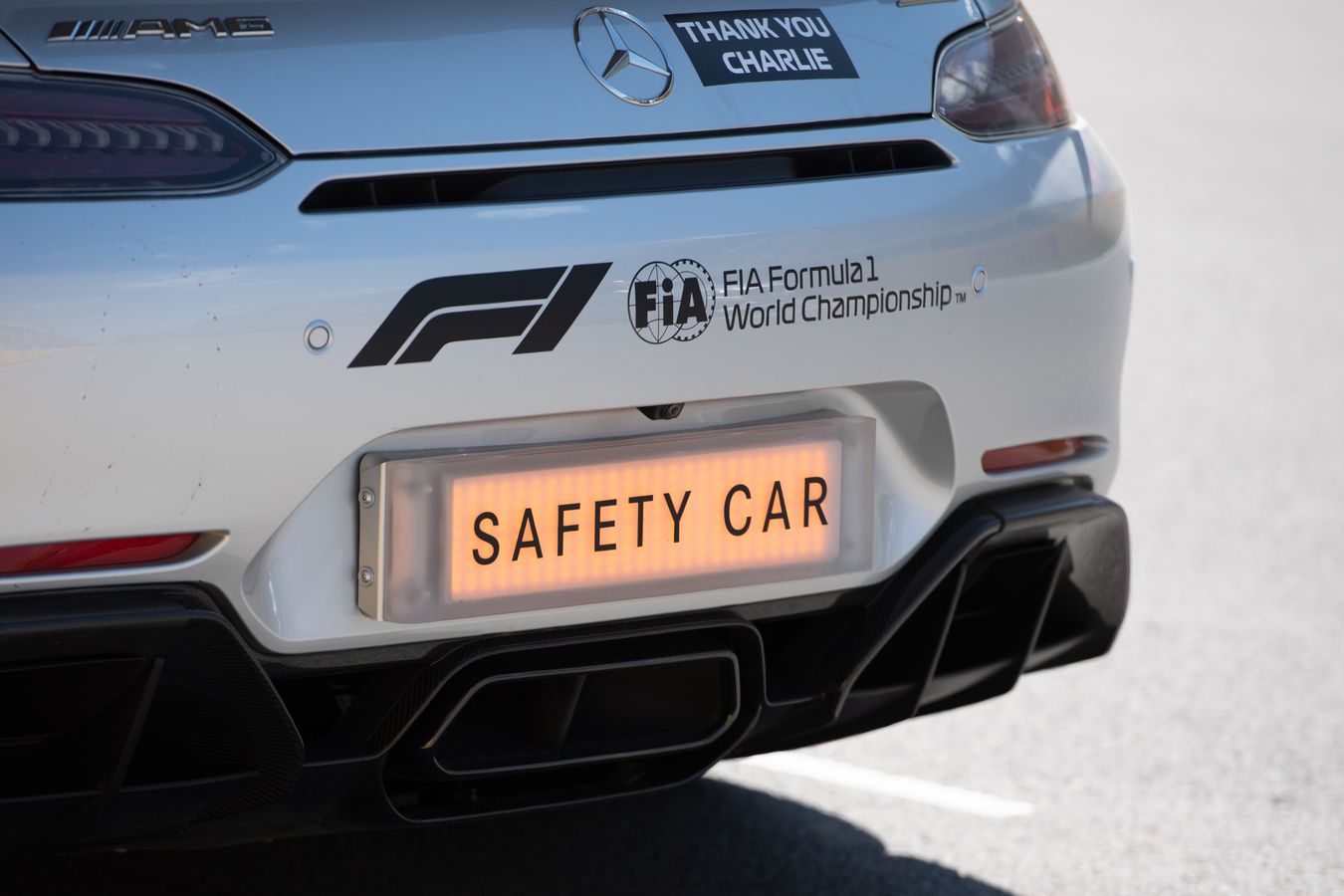 “Initially we model the probability of a Safety Car based on historic data from each grand prix,” says Randeep Singh, McLaren’s Head of Race Strategy. “We look at elements such as what caused the Safety Car - for instance, we take debris and collisions as a good indicator of future probability, whereas bad weather in previous races doesn’t impact the Safety Car chance if the weather is expected to be dry. Likewise there might be other events, such as the track invader at Silverstone in 2003, that aren’t likely to be repeated.

“So we use these instances to get a baseline probability, which is modified by other changes year on year, for example, changes to the technical regulations for 2019 make the DRS effect larger that can have an impact, as well as things like tyre behaviour that may determine the difference in pace between cars when they meet on different strategies. There can also be year to year swings, with some years statistically featuring a higher propensity for Safety Cars, that we can take into account as well.”

Essentially, any incident on track can throw the order of the grand prix into flux. Race control might choose to deal with it just by having waved yellow flags in the area of the incident, signalling drivers to slow down until they see a green flag. Larger incidents might require the Safety Car itself to be deployed to bunch the field up at a controlled speed, while others can be dealt with under Virtual Safety Car (VSC) conditions, where drivers in effect have to observe a speed limit sent to them electronically.

Each of these measures can have a different effect on strategy, depending on the timing. Since they slow the field down to a consistent pace and neutralise the race - overtaking is forbidden - a Safety Car or VSC period may enable your drivers to make a pit-stop, losing fewer places than they may under a normal pit-stop. But that depends on what your rivals are doing - in Monaco this year, for instance, two cars running ahead of Carlos Sainz pitted while the Safety Car was out early in the race, then became stuck at the back of the field behind other cars which didn’t stop until mid-distance.

Carlos leading the pack in Monaco 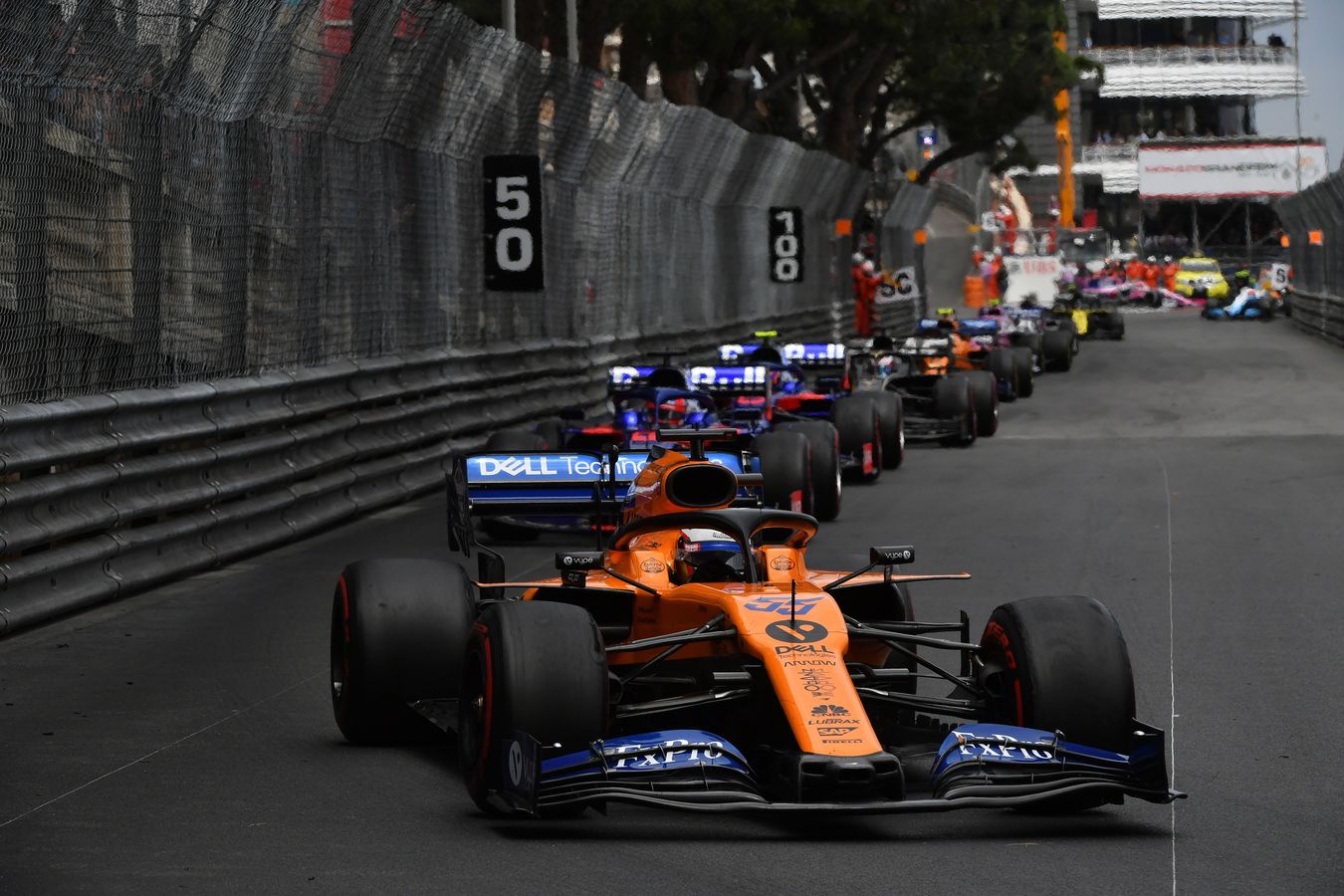 Carlos leading the pack in Monaco

It’s the sheer number of possibilities that makes the team’s calculation of probabilities so important.

“The introduction of the VSC has meant the chances of getting a Safety Car deployment has changed,” says Singh, “and you also have to allow for the possibility that an incident might start off with a VSC and then be ‘upgraded’ to a Safety Car. The key differences with the VSC are that while the reference lap time is the same, the cars aren’t being bunched together, and it isn’t guaranteed to last a certain amount of time. The race is still ‘on pause’, but a Safety Car will usually be out for a minimum of four or so laps (dependent on circuit and timing) while a VSC might last only a minute, so you might not even get a chance to pit under it.

“Starting three months before each race, because that’s when we have to nominate which tyre compounds we’ll be using, we will run literally billions of simulations of individual races featuring different permutations. Will the tyres degrade more or less than we expect? What will the life of each tyre be? What’s our pace going to be and what is the field spread going to be?

“We’re also learning throughout the season. The tyres are different this year, and when we had to make our Canada selection it was mid-March, after the first test and before the Australian Grand Prix. We now have an updated tyre model based on data from the first six races. So all our modelling is being continuously updated based on these kind of changes.”

As the race weekend approaches the strategists continue to run simulations, based on those carefully calculated probabilities, to arrive at a more manageable number of likely scenarios. This dictates both the basic pre-race strategic plan and a cascading series of ‘what ifs’.

“Some decisions are simple,” says Singh. “If you were planning on stopping anyway in that kind of window and there’s a Safety Car, you’re nearly always going to take it, but many of them end up being more subtle than that, and you don’t have very much time.

“It’s no exaggeration to say that sometimes you’ll only have a few seconds to decide for both cars. That’s why we model the probabilities in advance as much as we can to give us some baselines - and we’re constantly adapting and updating them throughout the race, based on what the other cars around us are doing, to determine what we might do under a Safety Car.”

Safety Car decisions are not simple and there are many subtle factors that have an impact and can lead to a competitive edge when modelled. Machine learning is a key area being used by Singh to try and build artificial systems to make these decisions even more quickly and better – with artificial intelligence being used to successfully model competitors’ behaviour. Our bespoke strategy software, running on powerful and robust Dell Technologies hardware both trackside and in ‘Mission Control’ within the McLaren Technology Centre, enables our engineers and strategists to digest key information at a glance. There are clear lines of responsibility in terms of who is responsible for making decisions and who talks to whom: in most circumstances the only voice in the driver’s ear will be that of their race engineer. 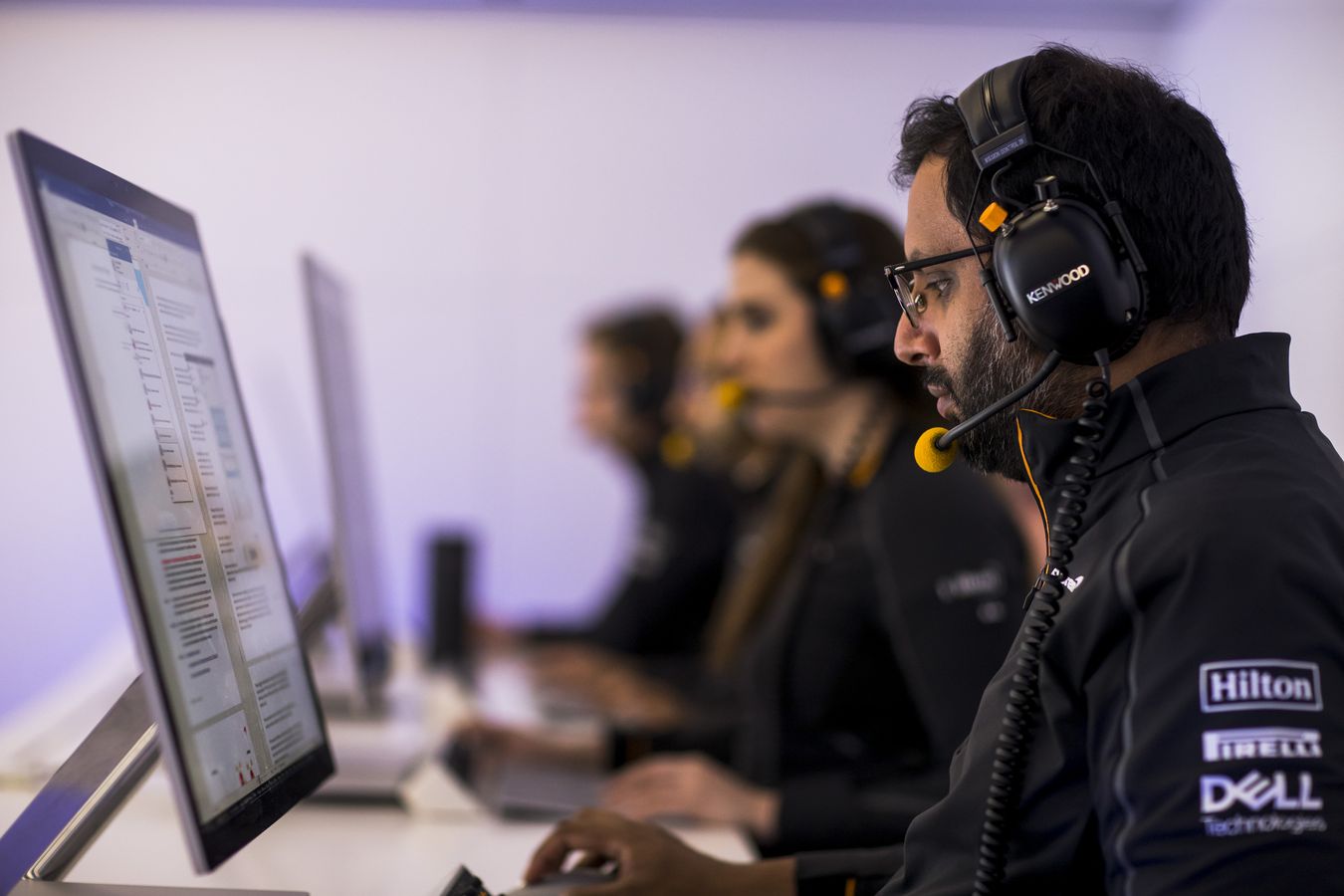 Prearranged code words help the pit-crew to act quickly and have the right tyres ready with just a few seconds’ notice, even if both drivers have to come in at once. ‘Double stack’ pit-stops, where both cars pit on the same lap and one has to wait behind the other, are best avoided but sometimes it’s the only option. Attention to detail helps minimise time loss here: our Enkei wheels blend strength with light weight; and besides offering the same level of flame resistance as the drivers’ overalls, the pit-crew’s Sparco kit is tailored to allow free movement, potentially saving vital fractions of a second during a tyre change.

While the effectiveness of the team plays a significant role in the drivers gaining or losing positions under Safety Car conditions, the drivers themselves also have to perform. The racing might be neutralised but the car has to be ‘managed’ so that it’s ready for the green flag. Our Akebono brakes, for example, will reach peak temperatures of 1000C in race conditions in Canada, and like all carbon braking systems they work best over 350C. Like the tyres, they have to be maintained at an optimal working temperature so that the driver has the tools to attack or defend when the race restarts, but achieving this while saving fuel and running at a prescribed lap time is very challenging.

“The driver has to be ready for the restart,” says Singh. “They’re kept informed about the time delta [the mandatory laptime they must stay above] via the steering wheel, and some teams will use audio cues to let them know if they’re getting close to it. They’re also being asked to do a hell of a lot of other stuff at the same time in terms of managing the tyres and brakes, perhaps looking out for debris. And when it’s VSC conditions, at any time they could get a warning that the VSC is ending in 10 - 15 seconds.

“It’s a highly stressful situation, especially behind the Safety Car when they’re bunched up. There are both opportunities and risks, and the driver has to be ready for that.”