Having returned from his summer break, we caught up with McLaren Racing CEO Zak Brown to get his half-term report before the Formula 1 season roars back into life.

You’ve just come back from Monterey Car Week where you were joined by Mika Häkkinen and the M8D/3, was it as fun in California as it looked?

It’s something I’ve been going to for 20 years. I’ve always used it to combine an enjoyable summer break with business. It’s an opportunity for McLaren Racing and McLaren Automotive to put on joint events, which this year involved Mika and a special car in the form of the M8D/3. We organise a variety of activities during Monterey Car Week which help build relationships with partners, future partners, and allow us to get closer to our automotive customers. 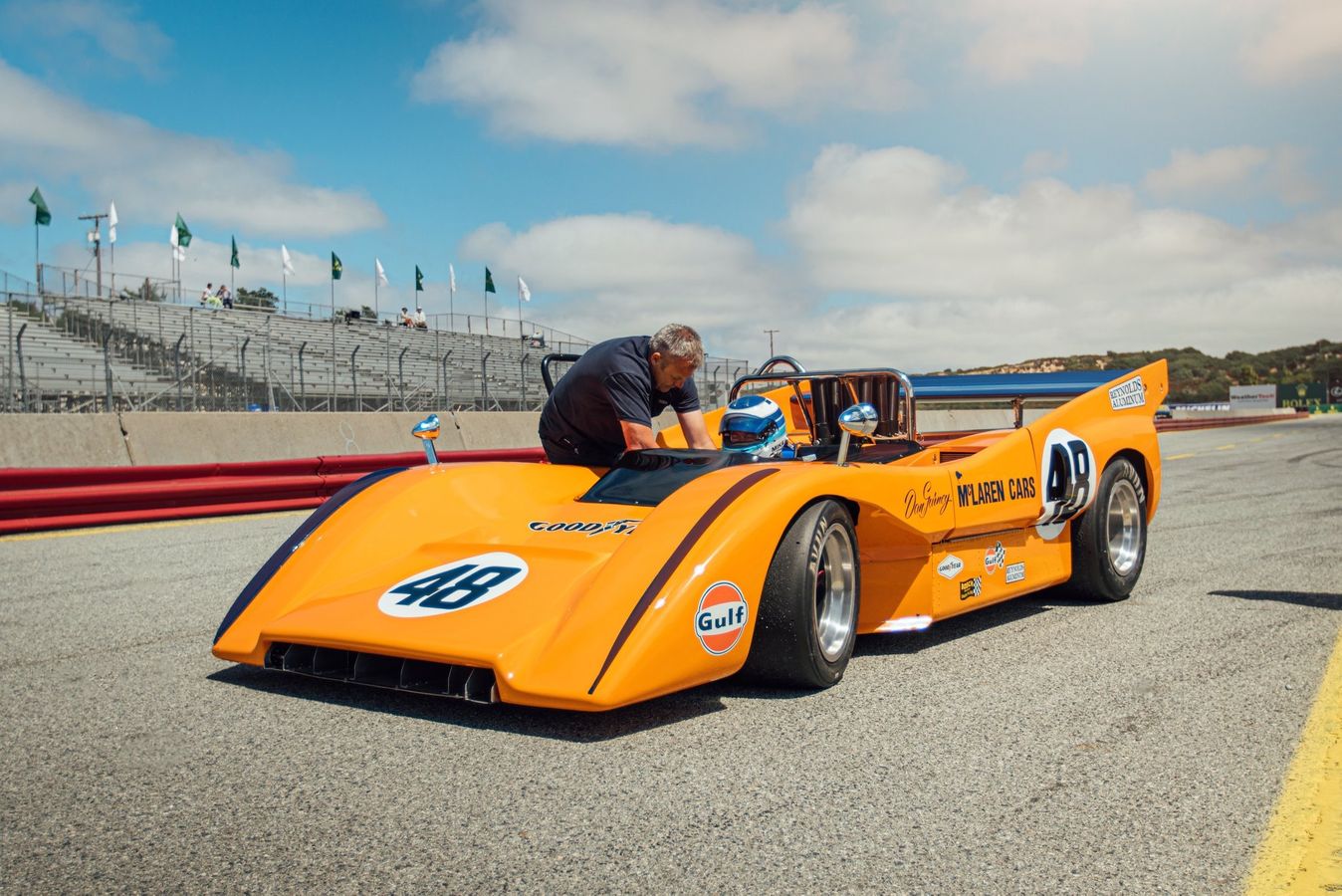 Turning attention to F1, what’s pleased you most about the team so far in 2019 and what have you learnt in the first half of the year that you can apply in the second half?

The team has performed very well over the first half of the year, achieving the goals we set, whether that’s improving launches, pit-stops, the ultimate pace of the car, and of course both drivers have done an excellent job.

We had a very good off-season which saw us start to make changes. It’s good to see it all coming together, and I now have my leadership team in place with Andreas and James joining us.

To ensure we finish fourth in the constructors’ championship, we need to execute the second half of the year well, like we have in the first half.

How well have Andreas Seidl and James Key settled into life at McLaren?

Andreas and James have settled in quickly and are providing great leadership. I’m excited to see them take things forward. They came into the team when the 2019 car was effectively complete. It’s therefore important to pay testament, and say congratulations, to all of the men and women that put their heart and soul into producing a better car for 2019. 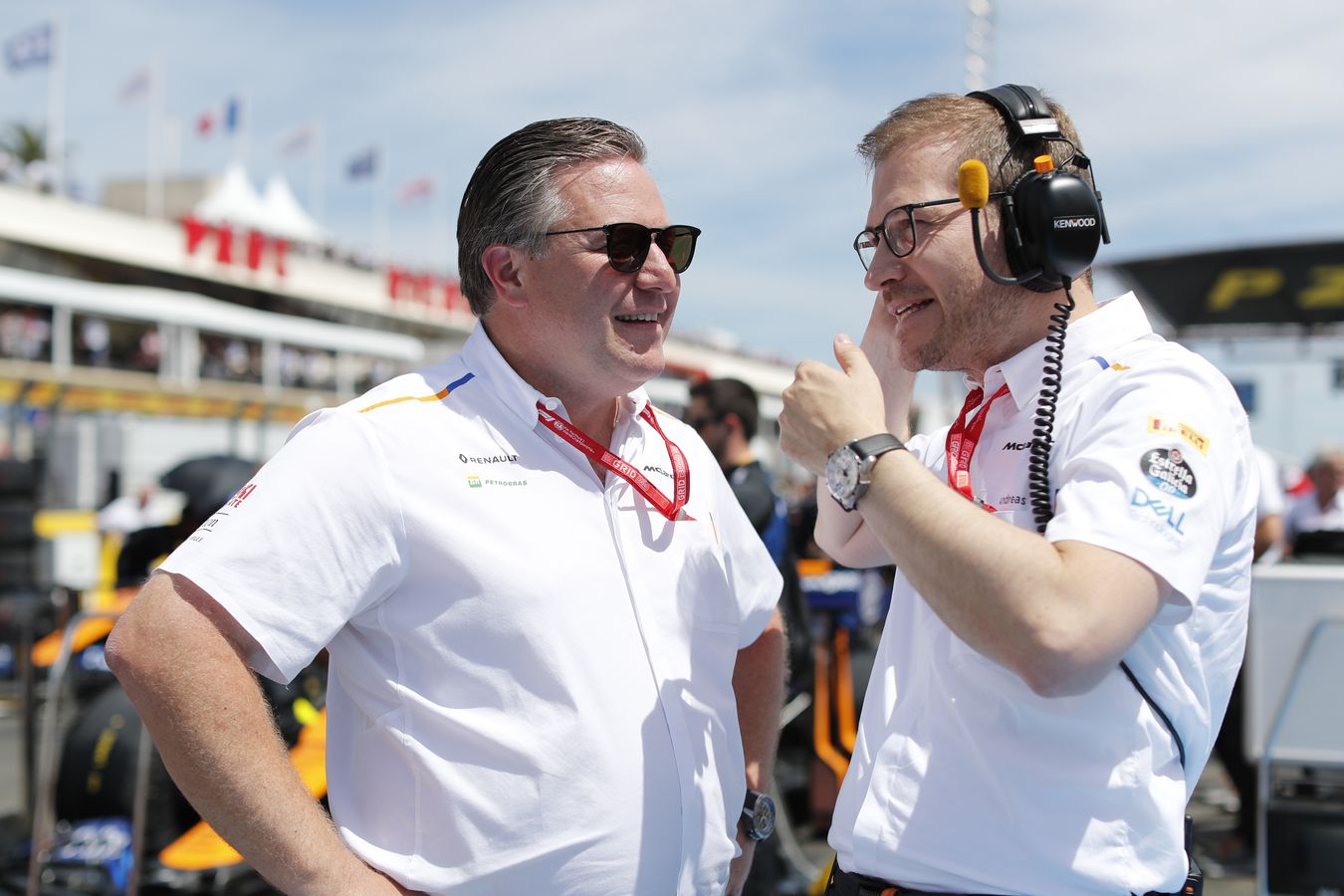 You joined McLaren at a difficult period for the team, what were the key decisions you needed to make to get it pointing in the right direction again?

I definitely joined in probably the most difficult period in the team’s history, but to me that’s the exciting part. That’s the challenge. What we needed to do was provide clear leadership and direction, and ensure the right people were in the right places. I think we’re now going in the right direction. The decisions we have made are paying off, but there’s still a long way to go.

How will McLaren Racing’s return to full-time IndyCar competition affect the F1 team?

Returning to IndyCar enables us to offer more commercial opportunities to our partners, in a very important market which F1 does not yet penetrate to the level I ultimately think it will do. This is about commercially differentiating ourselves from our competitors to help bring additional resources to our F1 team. It will have, and already has had, an impact. It means we’re better positioned for partners coming into the sport. Take Arrow Electronics for example, it’s title sponsor of our IndyCar team and a very important partner of our F1 team. 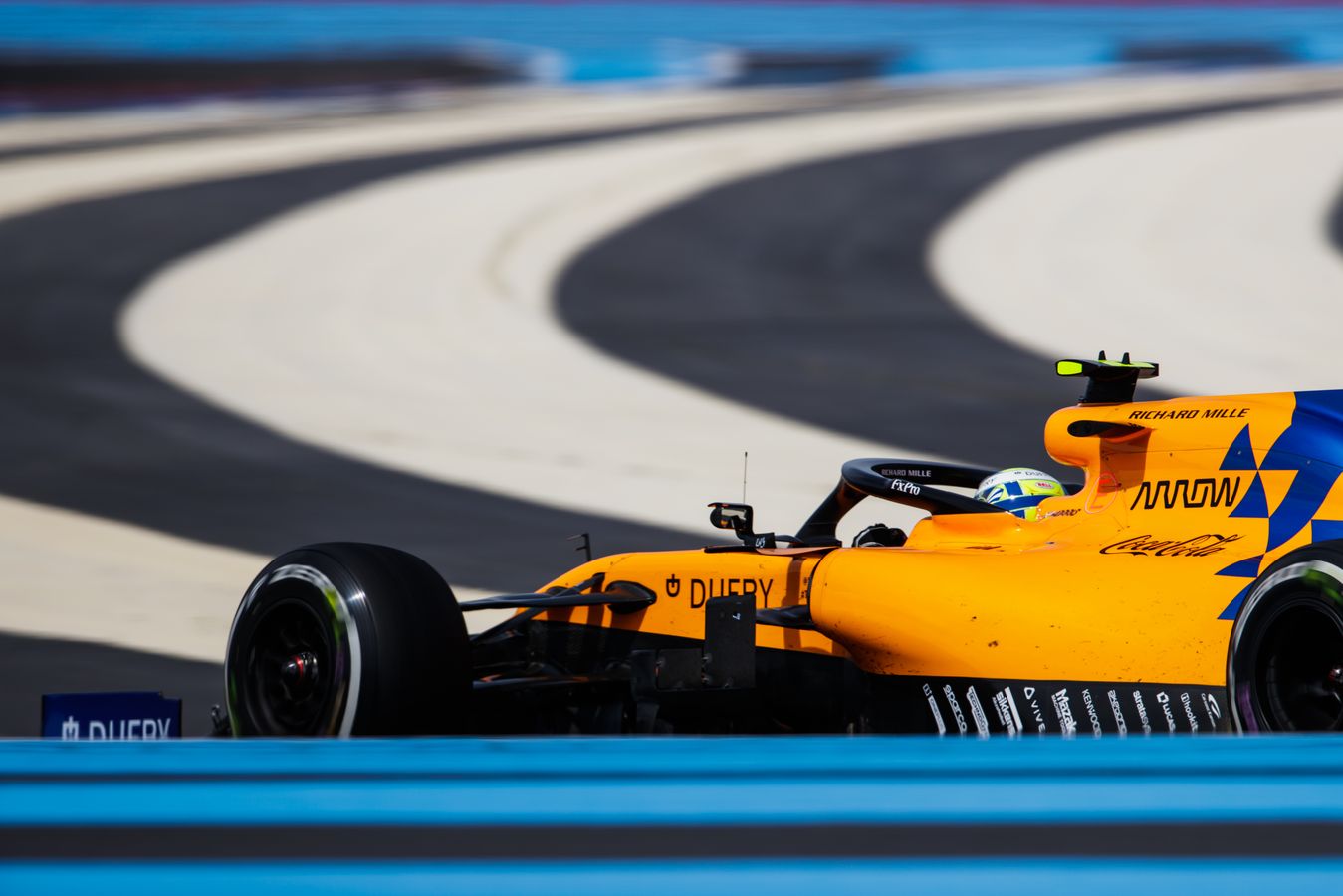 Is the return to the North American series a sign of a larger team strategy for McLaren Racing?

F1 will always be the pinnacle of motorsport and the pinnacle for McLaren Racing. That being said, racing is in our DNA and we have a long history of competing in other forms of motorsport. We’ve got a great GT programme with McLaren Automotive, we’re now in IndyCar, and we see sports car racing as a possibility in the future. We’ll enter other forms of racing when we think it fits with our brand, complements our F1 team, and will result in success both commercially and on the track.

Let’s talk drivers. How impressed have you been with Lando in his rookie season and Carlos during his inaugural campaign in papaya?

Both drivers have been outstanding. Carlos, currently sitting seventh in the drivers’ championship, has been a great team leader. He’s extremely quick, very consistent, and like Lando is a great team player.

Lando has been very fast and driven extremely maturely. He’s not made some of those rookie mistakes you see some drivers with similar experience make. I’m sure he’ll have some in the future, all racing drivers do, but the maturity and pace he has shown has been very impressive. 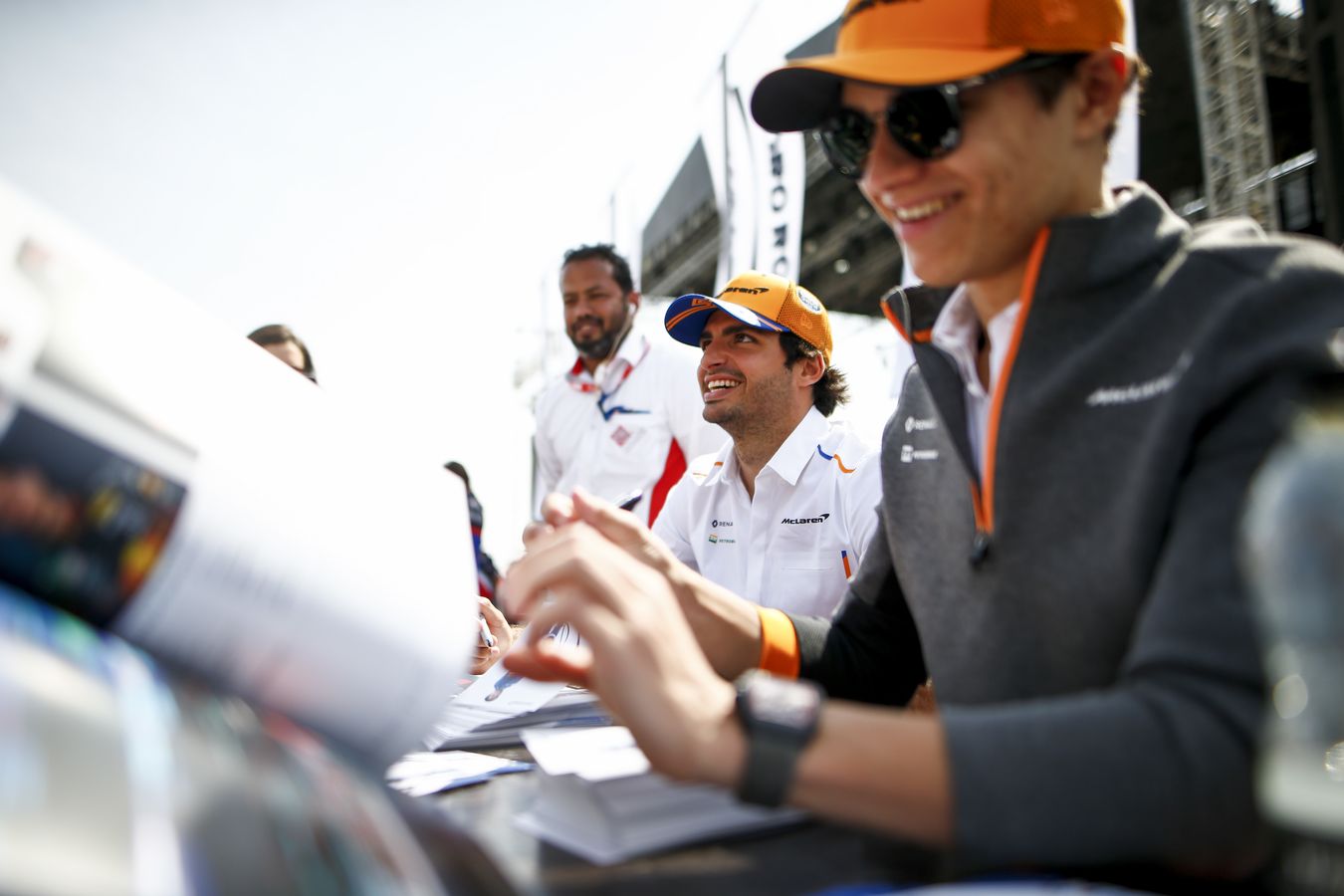 You confirmed both drivers for the 2020 F1 season relatively early in the year, how significant is this?

We’re currently in a period of rebuilding and we want stability. Both Carlos and Lando are performing well and we’re very happy with them, therefore we wanted to confirm them early. I’m sure there are many teams that would love to have either of them in a race car and by confirming them when we did, we avoided getting caught up in ‘silly season’.

Looking even further ahead, what’s your take on the direction the 2021 regulations are heading in and will the $175 million budget cap level the playing field?

I’m excited by the 2021 regulations. They are not yet finalised, but I think we all have a good sense of what they are going to look like. The budget cap will increase the number of teams able to race at the front and I would include ourselves in that group. I would have liked the cap to be lower, but I think $175 million is a good start. It will close the gap, but I would like to see another step forward next time around. 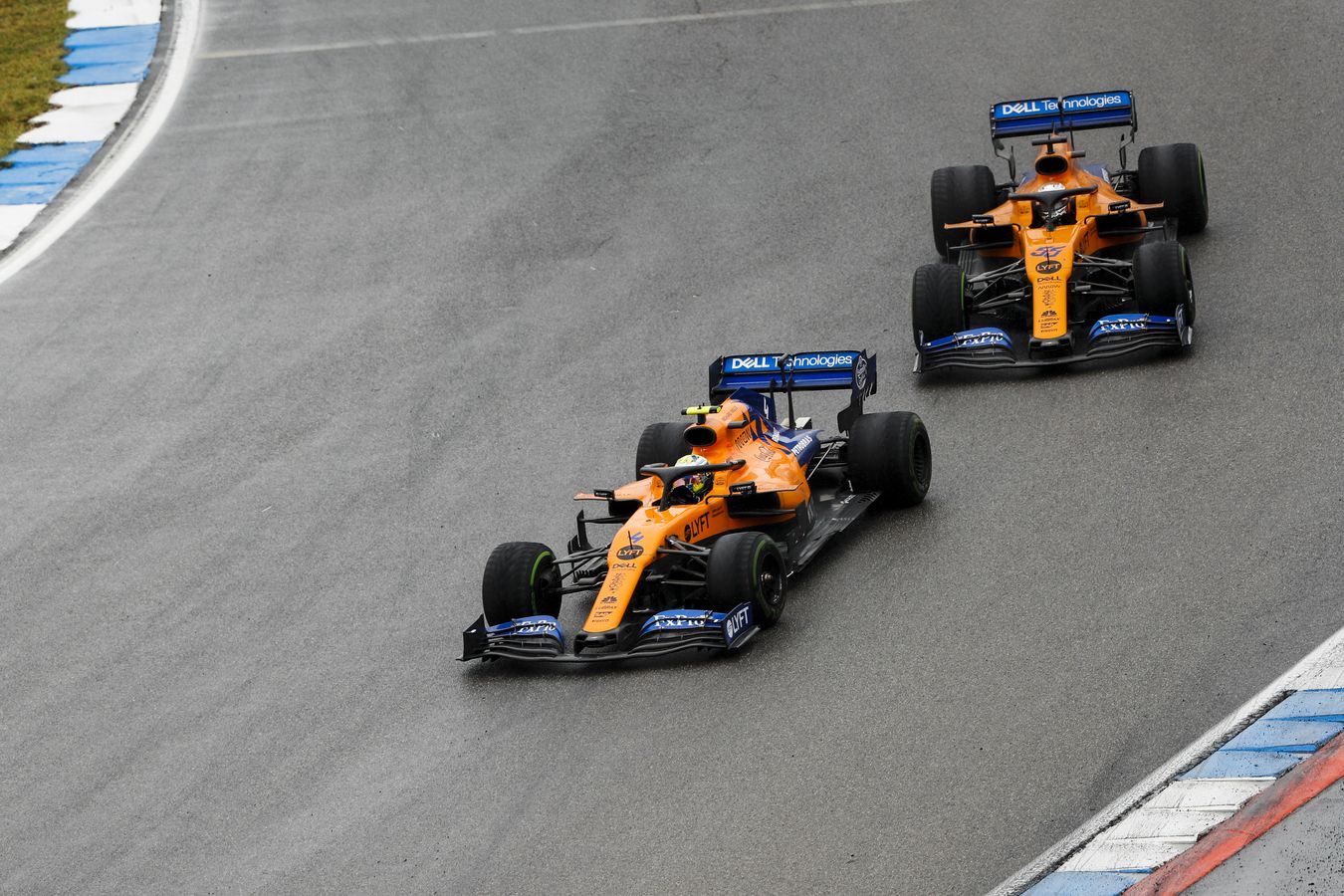 What does the decision to build a new wind tunnel mean for McLaren and at what stage is the project currently in?

The decision to build a new wind tunnel demonstrates the commitment the shareholders have to getting McLaren back to the front. I think over the years we’ve perhaps not invested as much as we should have in a variety of technologies – the wind tunnel being a critical one. It will take a couple of years to develop and it’s certainly the most extensive investment, but there are also other investments being made to close the gap to the front.

What’s your target for the second half of this year and what are you most looking forward to?

I look forward to every race. In the second half of the year, we have to repeat what we did in the first half of the year: good team execution, continue to develop and improve the car, and drivers getting the job done. We may be fourth in the constructors’ championship, but we’re far from comfortable in our position. There’s a lot of racing still to go.

Pack your bags, we've got the perfect trip for F1's summer break

What have you been reading this year?