2009 saw the start of Stoffel’s international racing career. In the KF2 category he competed in the WSK, the European Championship and the World Cup, with some standout performances nin the World Cup earning him the title of vice-champion. Also that year he won the prestigious RACB National Team Steering Wheel.

The following season Stoffel moved up to single-seater racing, joining the F4 Eurocup 1.6 Series. He won the series in his first season with two races to go, achieving six wins at some of the most illustrious racetracks in the world including Spa-Francorchamps.

During the 2011 season he competed in the Eurocup Formula Renault 2.0 and Formula Renault 2.0 Northern European Cup with KTR, finishing fifth overall, with one podium at the Hungaroring and another eight points-scoring finishes. He also experienced success in the NEC where he finished third in the series’ standings after eight podiums.

Hugely impressed by these results, Josef Kaufmann Racing swooped to sign him to drive in the same championships in 2012, with Stoffel becoming Eurocup champion after securing four wins and six podiums and tasted success five times in the NEC.

He is currently racing for Fortec Motorsports in the Formula Renault 3.5 series and has started the season very brightly. He took pole position before cruising to victory in the first race of the new season at Monza and by doing so became the first FR Series 3.5 rookie to claim pole and the win at the first attempt.

Q: What is the race you are most proud of?
SV: Paul-Ricard in 2012, I was in second until I spun on the opening lap which meant I dropped back to nineteenth. I managed to finish the race back in second.

Q: Who is your racing hero and why?
SV: Ayrton Senna, he was an amazing driver. If you look at his onboard videos from the past, he is absolutely on the limit. He could find so much more time on a qualifying lap than anyone else. I think he is a real inspiration for a lot of racing drivers.

Q: What is your first memory of McLaren?
SV: I remember McLaren from Mika Hakkinen and Kimi Raikkonen. They were my idols at that time and I was always cheering for them to win the race.

Q: What sort of exercise do you do?
SV: Biking, running and strength training

Q: What is your favourite film?
SV: The Shawshank Redemption, Se7en, Savages

Q: What is your favourite food?
SV: Italian food like pizza or pasta 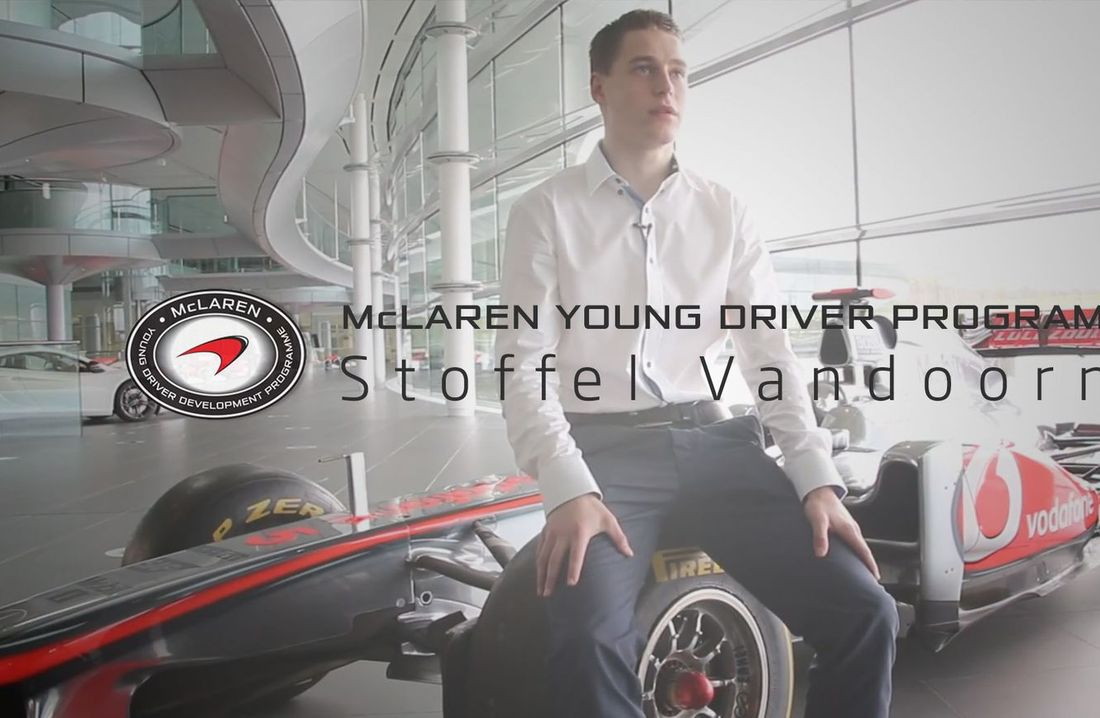