Nothing in Formula 1 stands still, and a racing car’s steering wheel is one of the most constantly changing elements in grand prix racing. Through the ages, it’s been iterated, refined and improved – and it’s been made lighter, more costly and more complex at every stage.

Check out our gallery of classic McLaren F1 wheels through the ages, and get the lowdown on just what made them different, unique and spectacular. 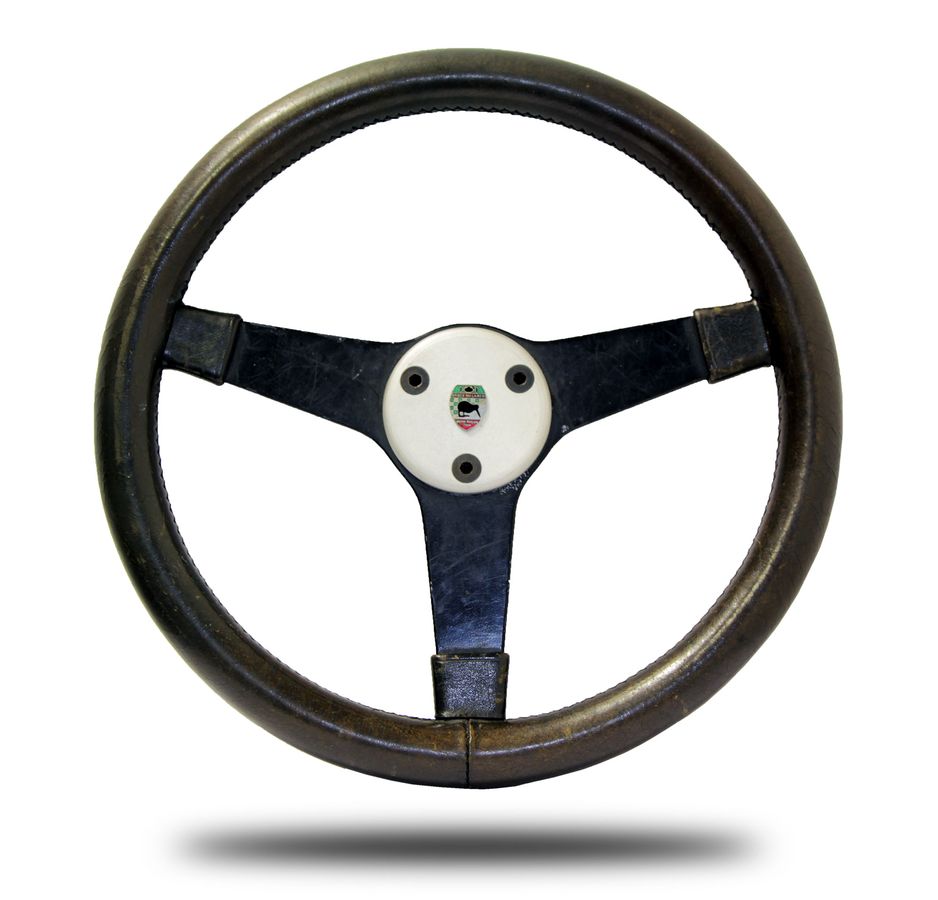 Pure. Simple. Classic. Typical of the 1960s, this steering wheel – which is bolted to the steering column of the M7C – is all clean lines and straightforward, raw functionality. This wheel has but two functions – to steer left and right! 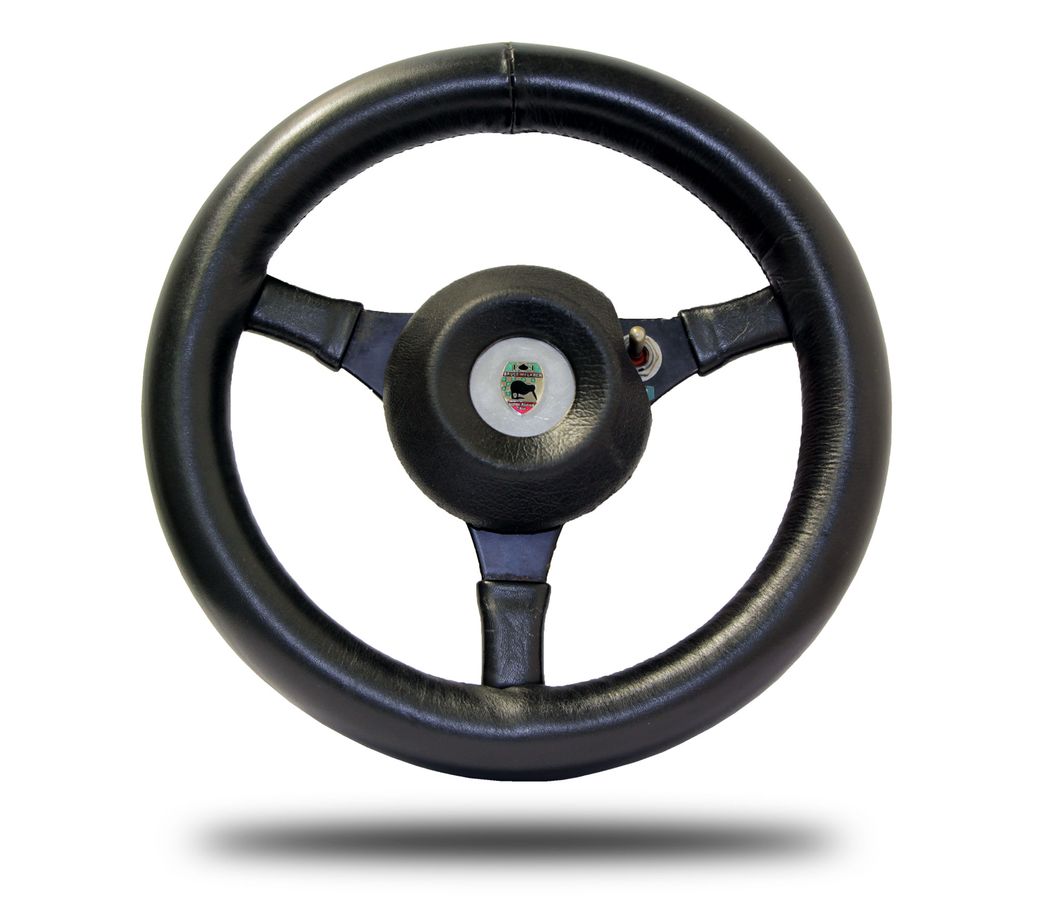 In the space of five years, not much changed. The M23’s steering wheel is adorned with a single switch – an emergency ignition-kill switch. The engines of the time were fitted with throttle sliders, which were liable to jamming open if dirt or grit embedded itself in the slide mechanism. This switch enabled the driver to kill the engine if the car was locked on open-throttle during a race. 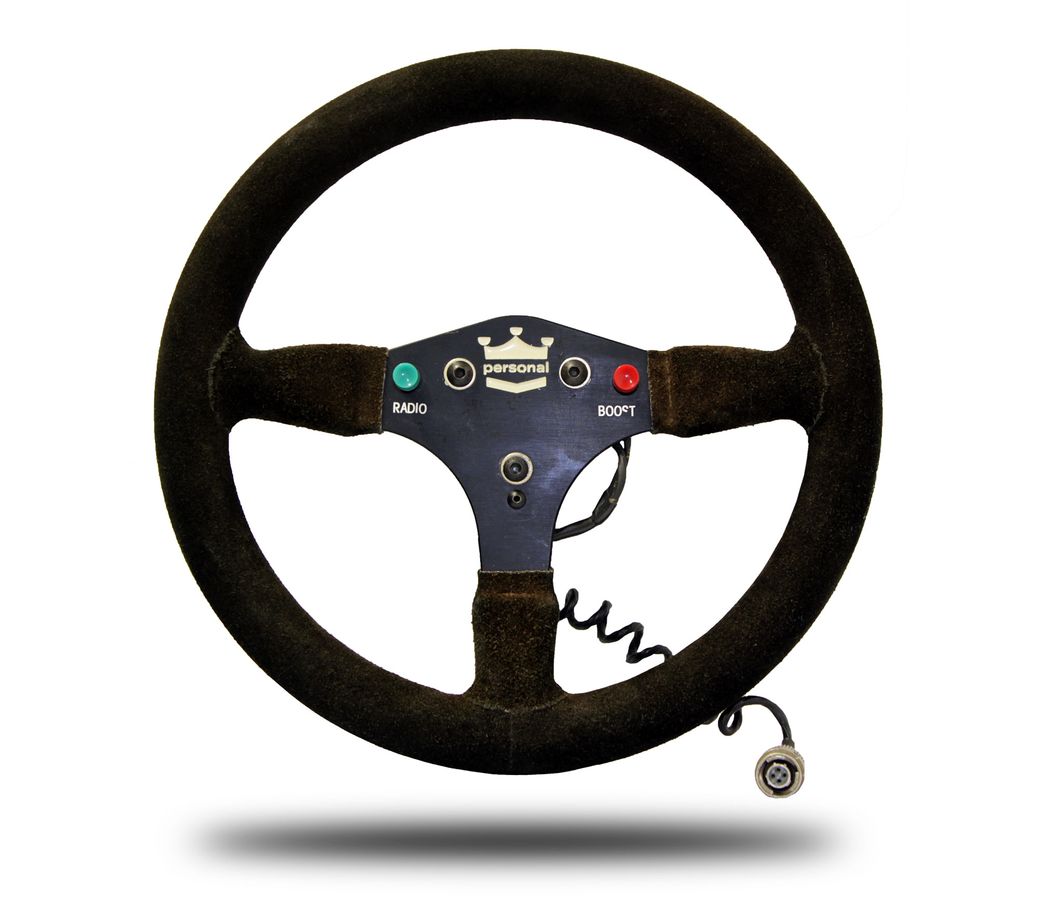 In the 1980s, steering wheels began to be fitted with quick-release mechanisms, meaning they could be easily removed and clicked back into place by the driver, thus enabling cockpits to become snugger and more ergonomic.

Incredibly, this wheel had still to significantly progress far from the spec established in the 1960s. It features two buttons – the self-explanatory radio button (green) and a boost button (red). With boost pressure limited in 1988 to 2.5-bar, this likely just richened the mixture to enable overtaking. 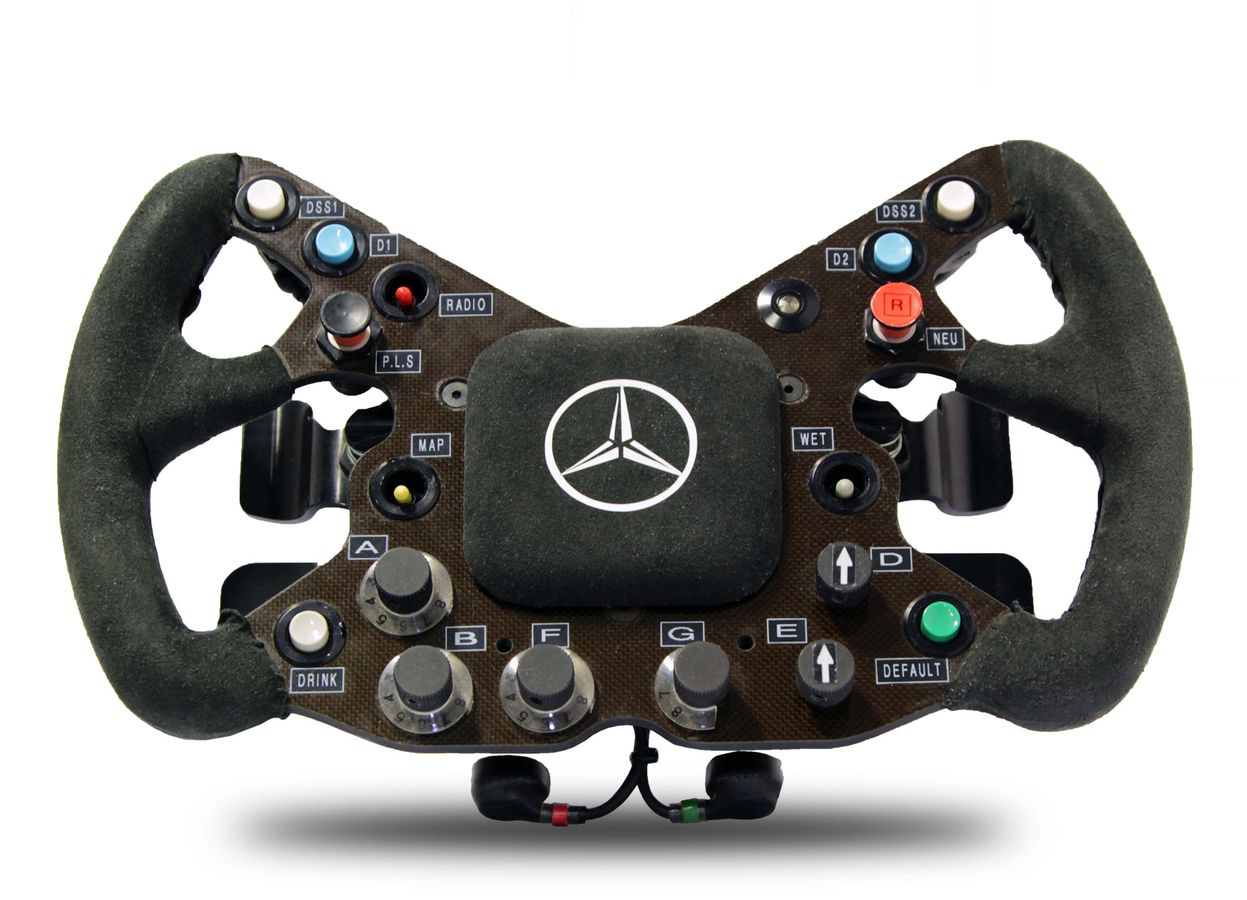 Semi-automatic gearboxes were pioneered in Formula 1 in 1989, and they quickly became commonplace – McLaren first adopting the technology on 1992’s MP4/7.

Clearly, this wheel is a quantum step ahead of what had gone before – a legacy of the rapidly increased automation that hit F1 in the 1990s. By the end of that decade, grand prix cars were on the verge of becoming the most complex ever, using automatic shifting, pits-to-car adjustments and, by the start of the 2000s, traction control – both of which are now banned.

The ‘PLS’ pitlane speed limited sits on the left, the red-topped reverse selector on the right. At the base of the wheel is a row of engine and differential rotary dials, which can be adapted to alter traction and power during the race. A separate display readout is attached to the cockpit bulkhead – between the wheel’s two ‘horns’. 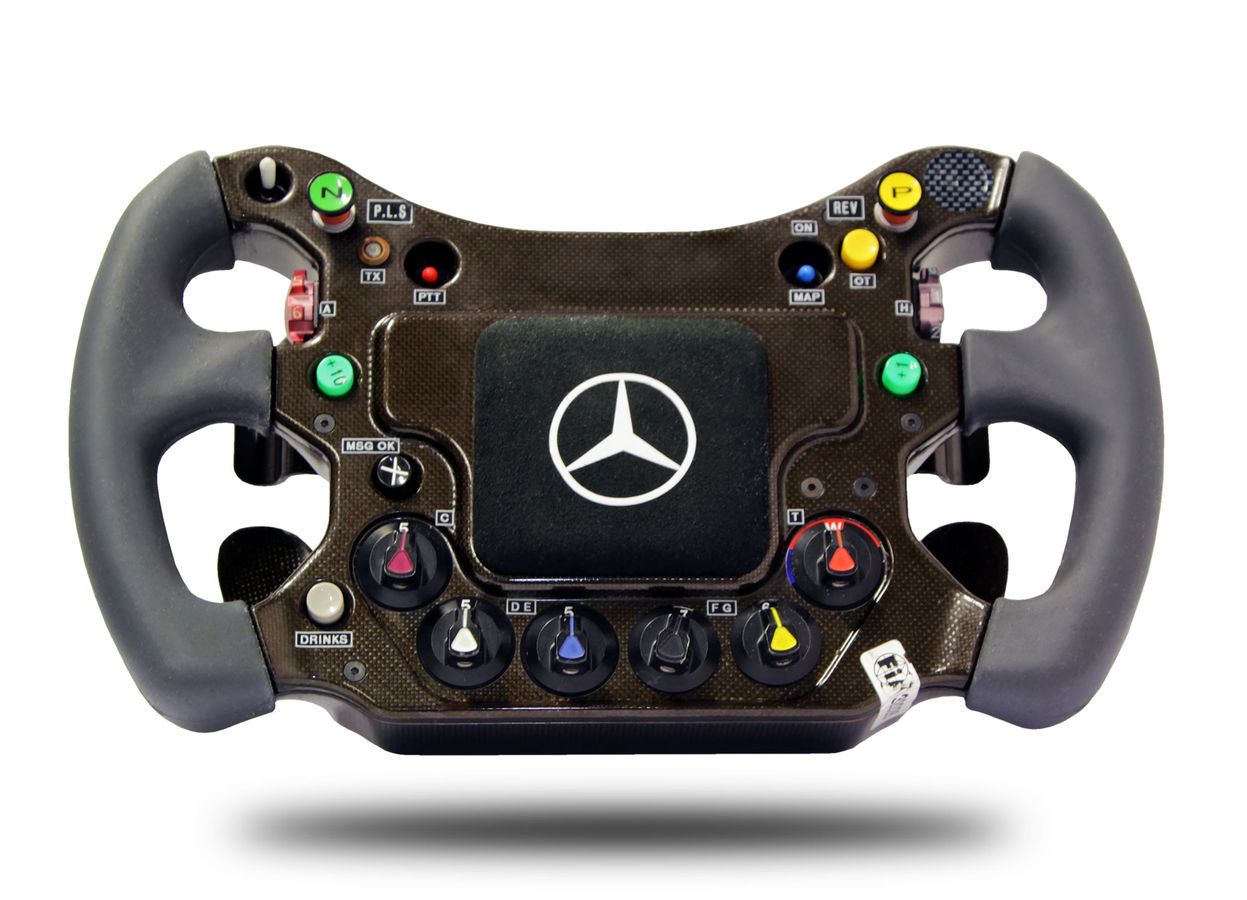 Like the ’99 car, the digital dash readout is still located on the cockpit front. For 2009, it migrated to the wheel itself in order to save weight.

With the onus now squarely on the driver to make on-the-fly adjustments, the wheel features an incredible array of buttons and dials, all aimed at refining the car’s balance and performance over the course of a grand prix.

Like Mika’s car, Lewis has access to a series of rotary dials at the base of the wheel – these ramp the engine up and down, and change differential and traction settings.

Also clearly visible are the neutral button (the green one in the top-left) and the pitlane limiter (the yellow ‘P’ at top-right). The two green function switches (+10 and +1) allow a wide range of functions to be accessed and activated – usually following a procedural instruction from an engineer over the radio. 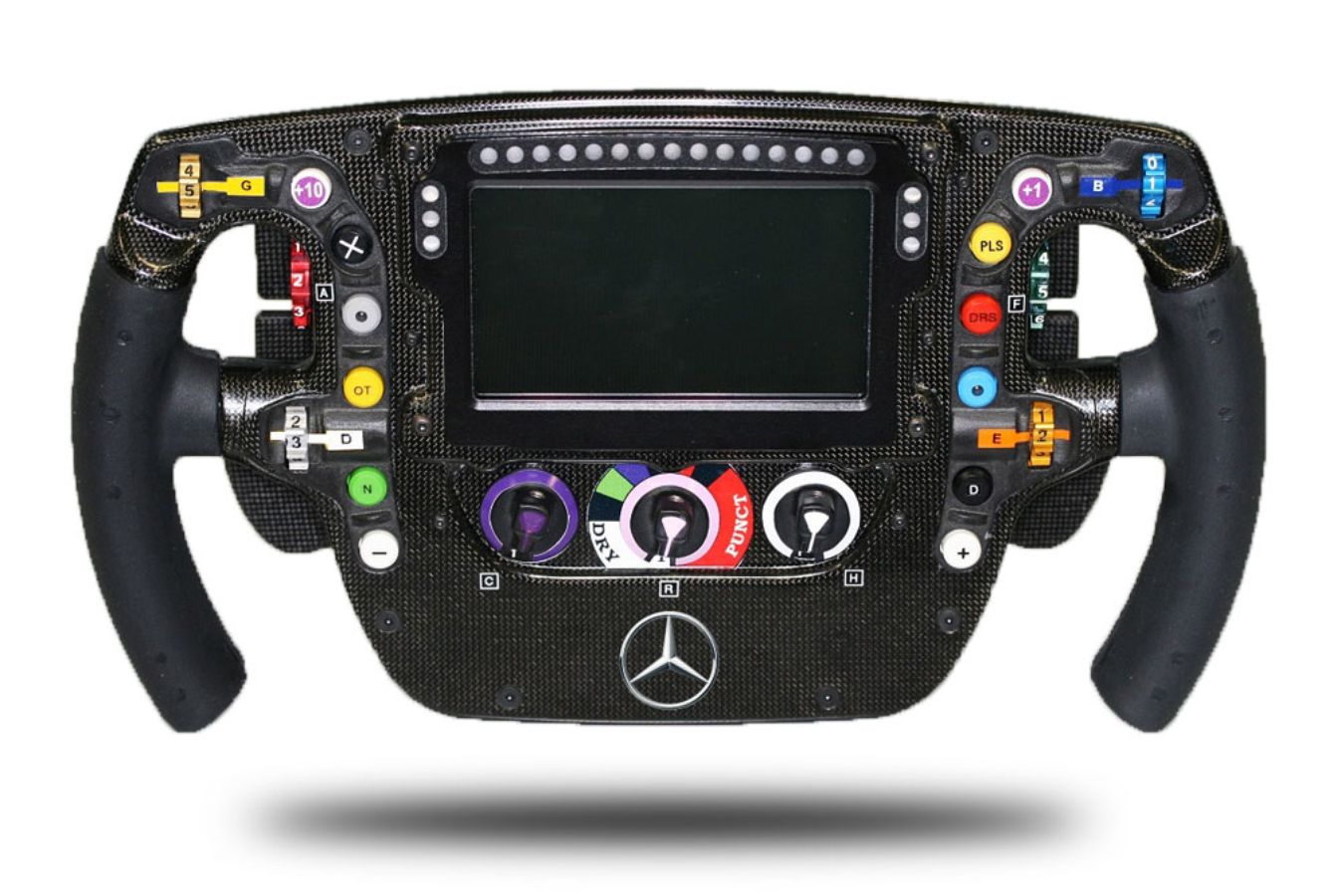 The modern age. Reflecting the complexity of the current era, the MP4-29’s steering wheel uses the new large LCD readout, which provides the driver with the ability to access and scroll through a large menu of data. The size of the screen puts space at a premium, with the consequence that more and more function switches have migrated to click-dials on the sides of the wheel.

Hidden from view (behind the wheel) is the DRS activation button.

Now commonplace are the two green function switches (located at the top of each corner), the yellow ‘OT’ overtake button (middle-left) and yellow ‘PLS’ pitlane limiter (top-right). Bottom-centre is the tyre-selector – this automatically dials in traction settings to complement the chosen tyre).