During the course of the 2016 F1 season, we bring you exclusive access to some of the personalities in the McLaren-Honda Formula 1 team. Meet the men and women who keep the team on track throughout a race weekend, at the circuit and back at the McLaren Technology Centre. This week, the spotlight is on Hospitality Manager at Grands Prix and Tests, Andrew Sewell.

HOW LONG HAVE YOU WORKED AT MCLAREN?
This is my 7th season. I started as maternity cover and luckily enough they liked me enough to keep me on! 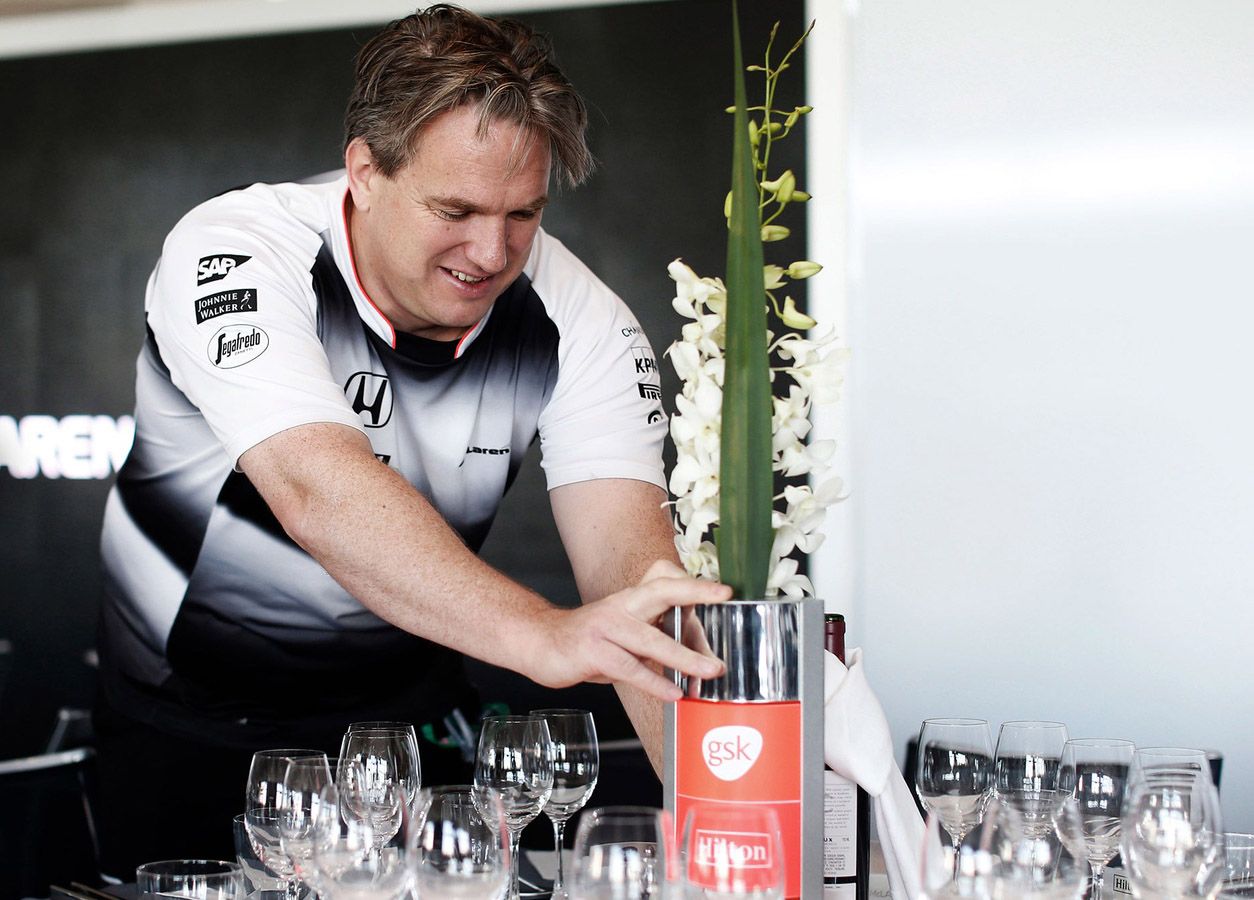 FAVOURITE RACE LOCATION & WHY?
Australia. The hope of a new season, great city, guests up for a laugh and everyone happy to be back on the road before all the travelling takes its toll.

FIRST McLAREN MEMORY?
The Senna/Prost rivalry when I was growing up.

BEST McLAREN MEMORY?
My first race – China 2010 and a win. At the time, I assumed we won every race! The Sunday night party, having learnt that the ash cloud meant we wouldn't be able to travel for a while, was pretty epic!

FAVOURITE RACE IN McLAREN HISTORY?
Canada 2011… I wasn’t there but I remember leaving the house after the first few laps… coming home hours later to find the race still going on and Jenson on the charge.

WHAT WOULD BE YOUR THREE F1 TRAVEL ESSENTIALS?
Headphones, phone charger and Andrew Bear. 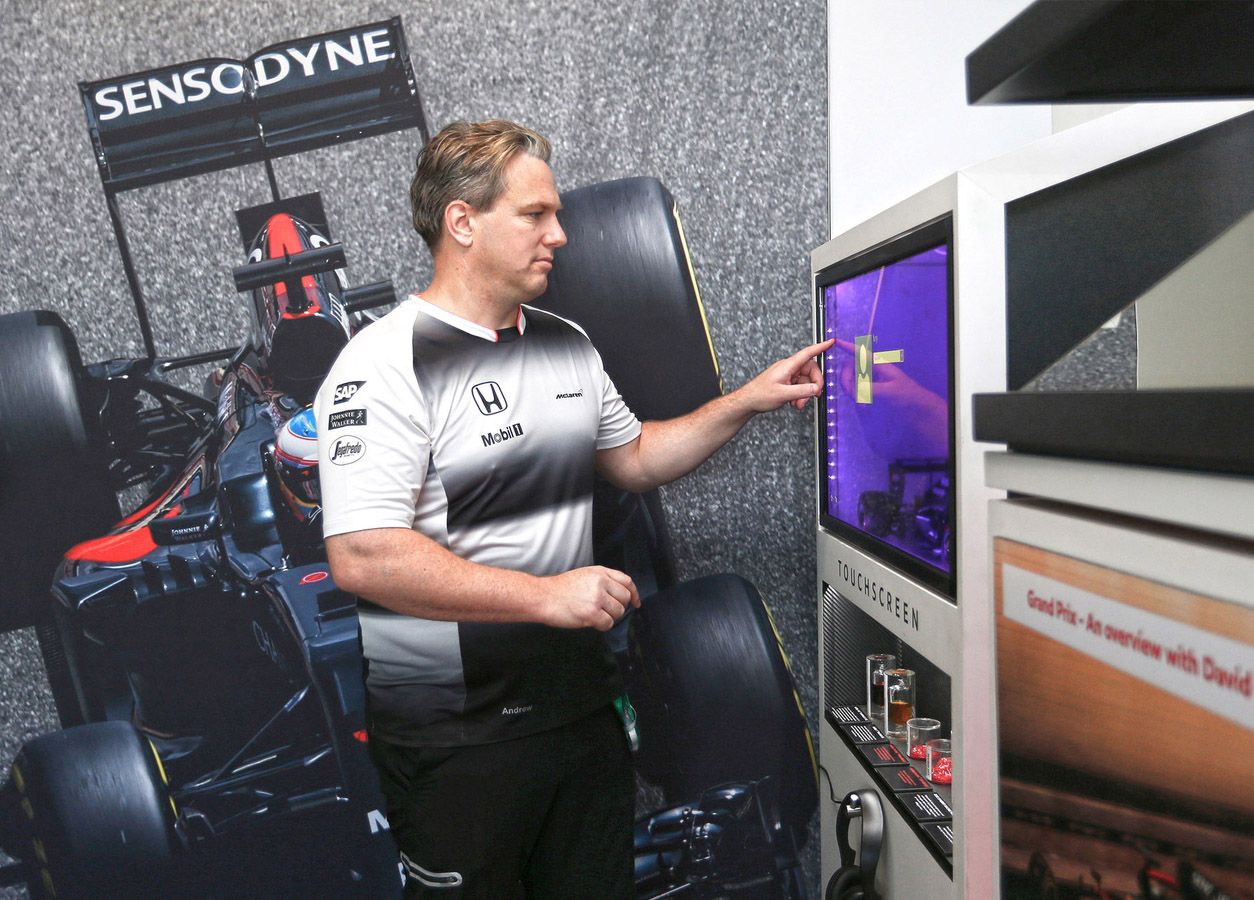 BEST PART OF YOUR JOB?
Meeting lots of different people from different walks of life and ensuring they all go away from the track having had a great time… whatever the result.

WHEN NOT AT WORK, I LIKE TO…
Play hockey, play squash, ski and drink red wine!

INTERESTING FACT ABOUT YOURSELF…
I never wear a matching pair of socks, can be tricky with team kit! 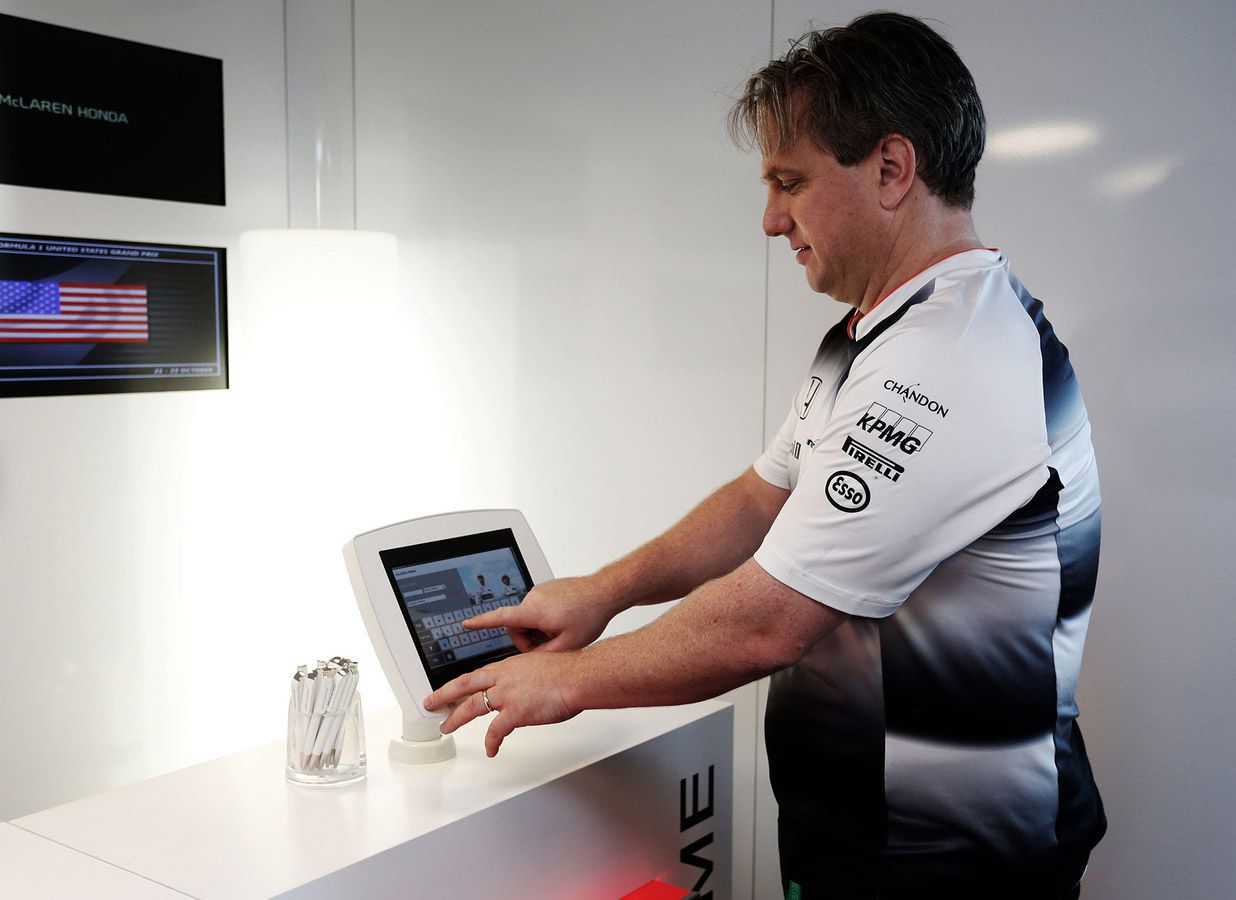 WHAT FUELS YOU THROUGH YOUR DAY (FOOD/MOTIVATION)?
Nothing can beat a bacon sandwich to kick the day off! Motivation is to keep the McLaren Honda Paddock Club a fun place to entertain guests and also to work.

IF I WASN’T WORKING IN FORMULA 1, I WOULD BE…
A teacher… I actually left my last job to start a teaching degree but got side-tracked by travelling.

WHAT WAS YOUR FIRST JOB?
I was a pot wash at the British Grand Prix in 1988! I watched the whole race sitting on a crash barrier… security was much laxer in those days. 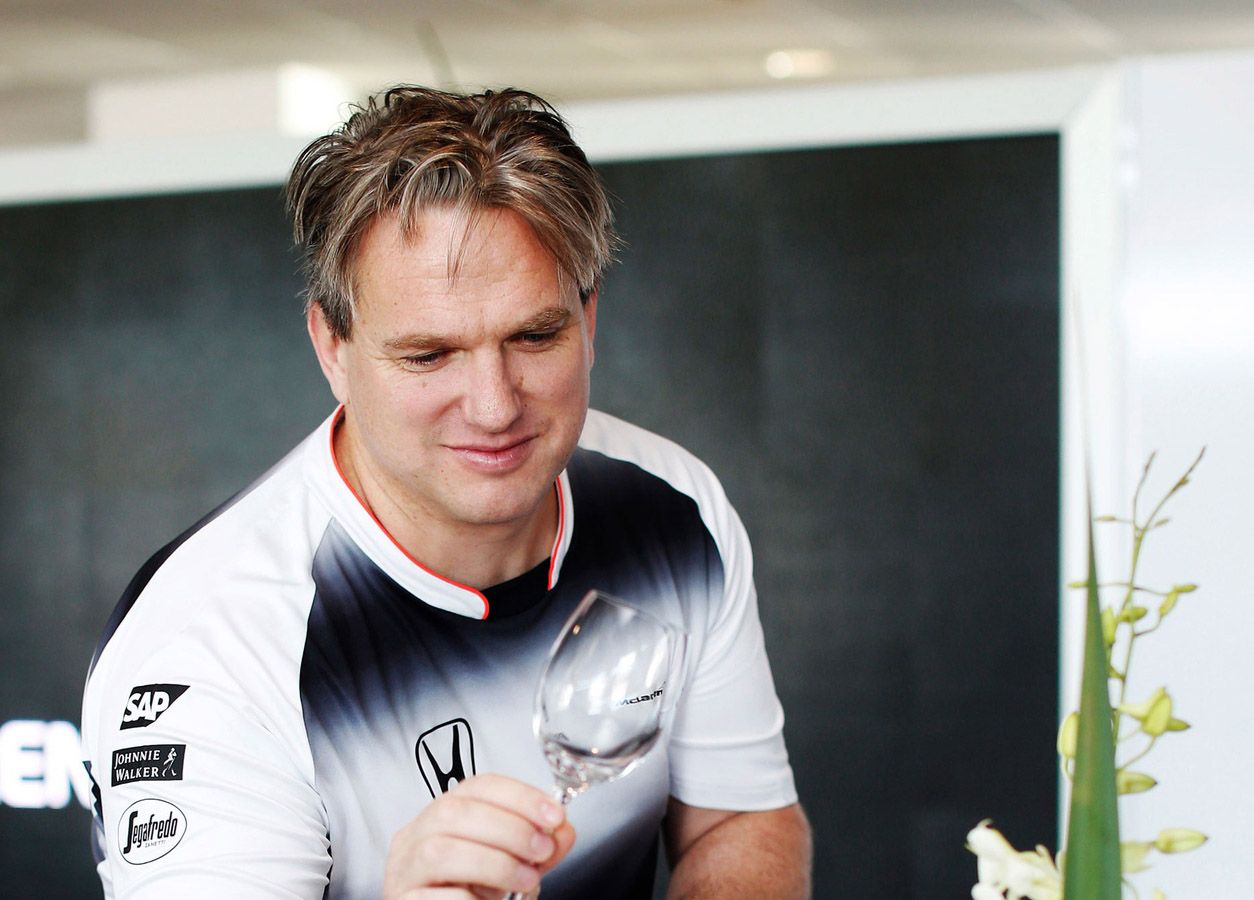