During the course of the 2016 F1 season, we bring you exclusive access to some of the personalities in the McLaren-Honda Formula 1 team. This week, the spotlight is on the Absolute Taste hospitality team who work tirelessly to keep the team fed and watered – from the first trucks arriving until the final rig has been packed-down on Monday. 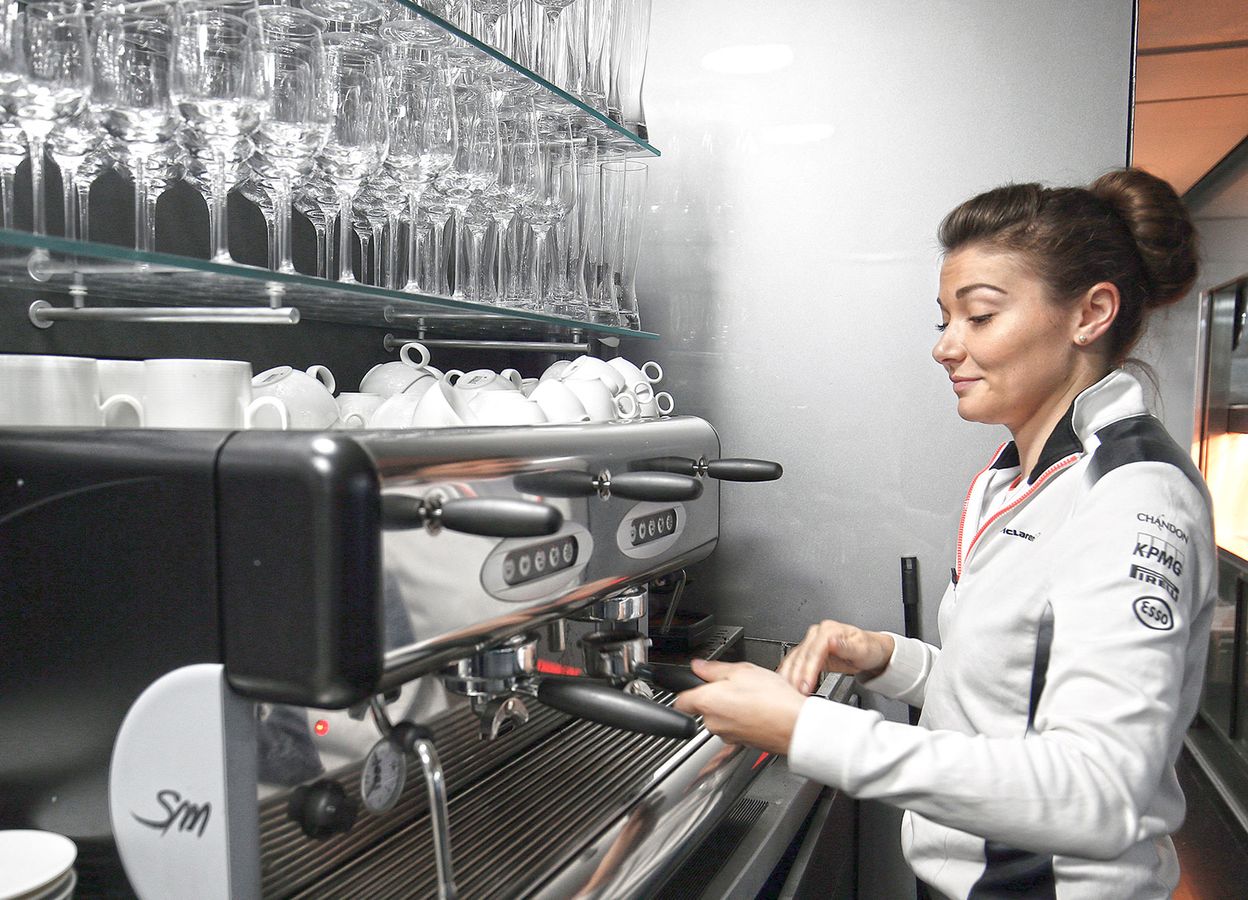 HOW LONG HAVE YOU WORKED AT McLAREN?
This is my 4th season. 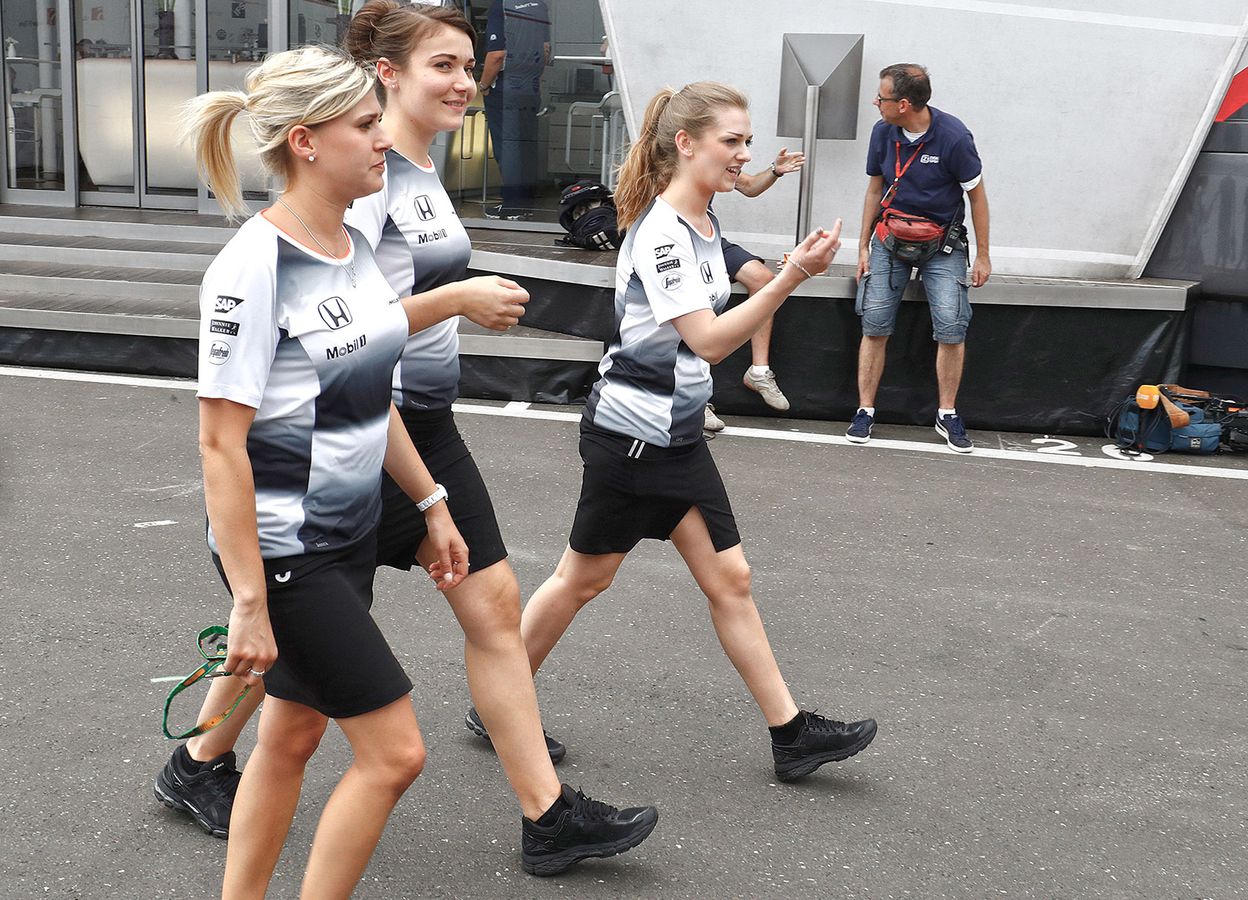 FAVOURITE RACE LOCATION?
Singapore – the only night race of the calender. Great atmosphere, fun city, bizarre feeling starting work at 2pm and finishing in the early hours of the morning.

FIRST McLAREN MEMORY?
Whilst backpacking in Australia in 2008, I went to the Melbourne GP when Lewis won, and went on to win the championship that year. Little did I know five years later I would be travelling around the world working for McLaren.

BEST McLAREN MEMORY?
Kevin Magnussen's first F1 race in Melbourne 2014. The only podium I've seen in my time at McLaren, 2-3 result in the end. It was amazing to see the positivity in the team.

FAVOURITE RACE IN McLAREN HISTORY?
Jenson's performance in Canada 2011, you never know when a little rain dance could change everything. 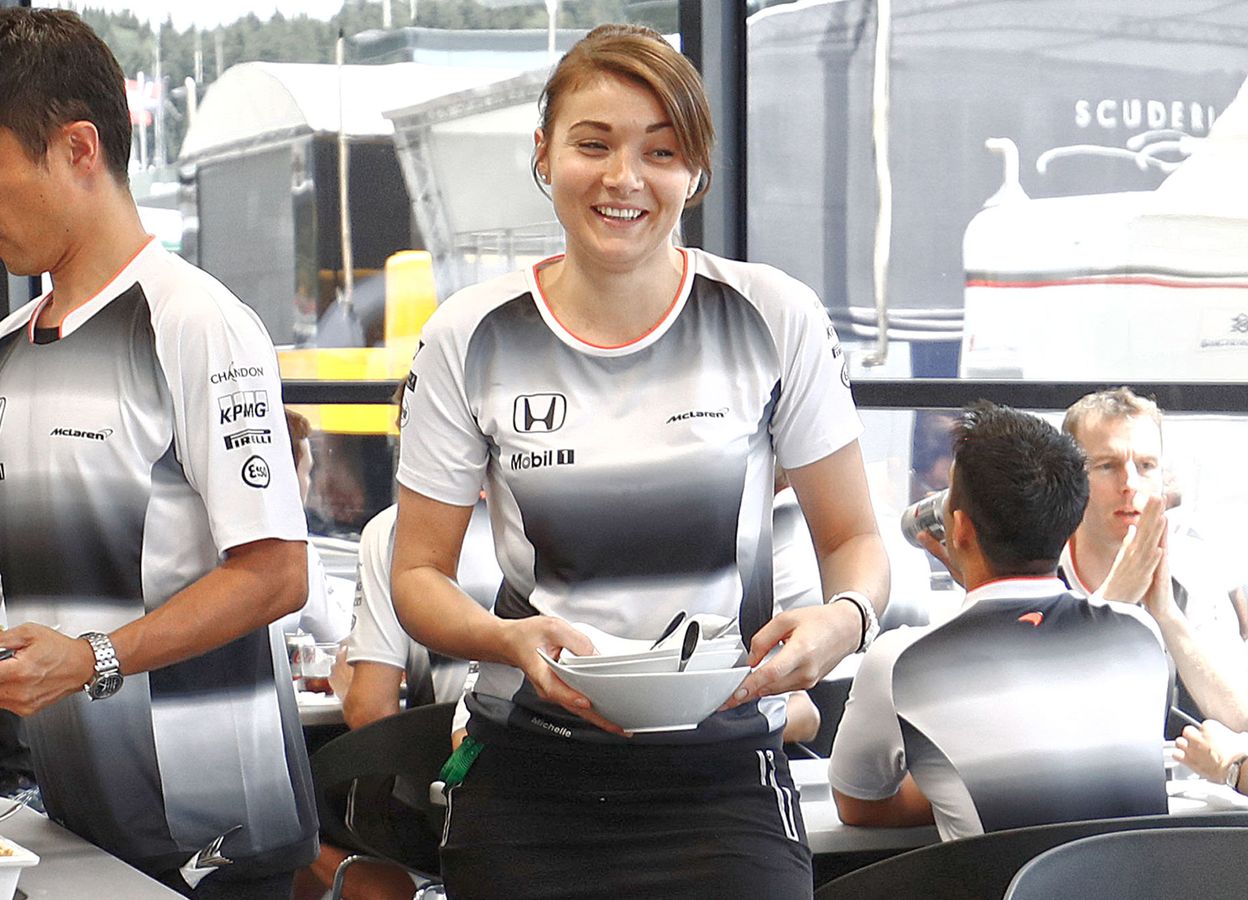 WHAT WOULD BE YOUR THREE F1 TRAVEL ESSENTIALS?

• Italian eyedrops supplied by Silvia our Press Officer, for all the long working days you could do with an extra couple of hours of sleep.
• Donut hair accessory, our hair always has to be up in a bun whilst at work.
• My travel buddy Jenna (she made me put this!) it's very rare I travel without her, whether for work or holidays.

BEST PART OF YOUR JOB?
One job always makes me laugh, delivering the ice creams to the garage post-qualifying, amazing how excited grown men can get over a frozen treat.

FAVOURITE DRIVER – PAST OR PRESENT?
Bruno Senna. He drove for Williams in my first year with the team. A genuine, friendly guy...shame he didn’t manage to follow in his uncle's footsteps within F1. 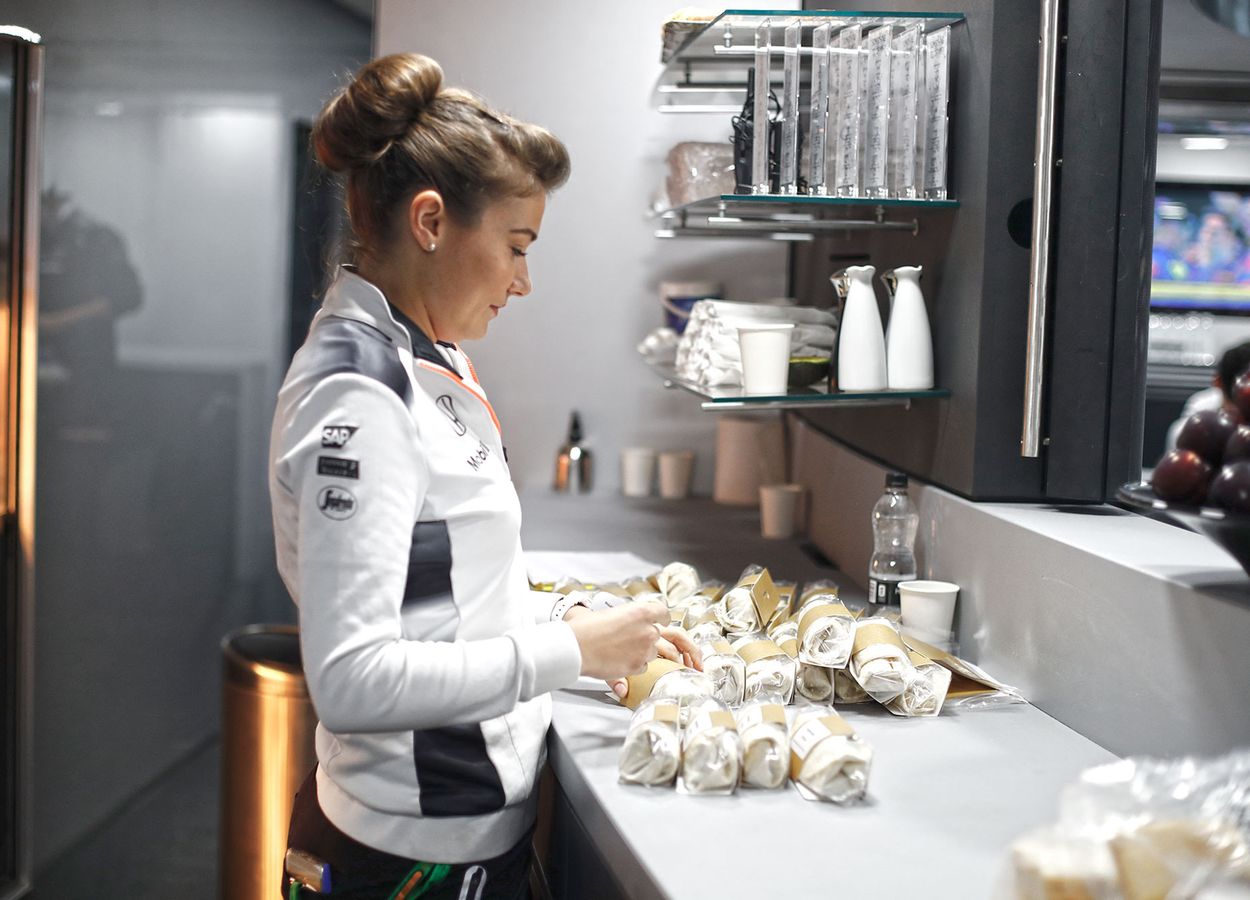 INTERESTING FACT ABOUT YOURSELF…
I've been to 52 countries and counting... and Gordon Ramsay follows me on Twitter!

WHEN NOT AT WORK, I LIKE TO…
Sleep!!!! Holiday, see family and friends, attempt to keep fit, going to the gym.

WHAT FUELS YOU THROUGH YOUR DAY?
The day must start with a bowl of berries or avocado. Two foods I couldn't live without.

IF I WASN’T WORKING IN FORMULA 1, I WOULD BE….
Working on a yacht sailing around the world.

WHAT WAS YOUR FIRST JOB?
Pulling pints in the local. 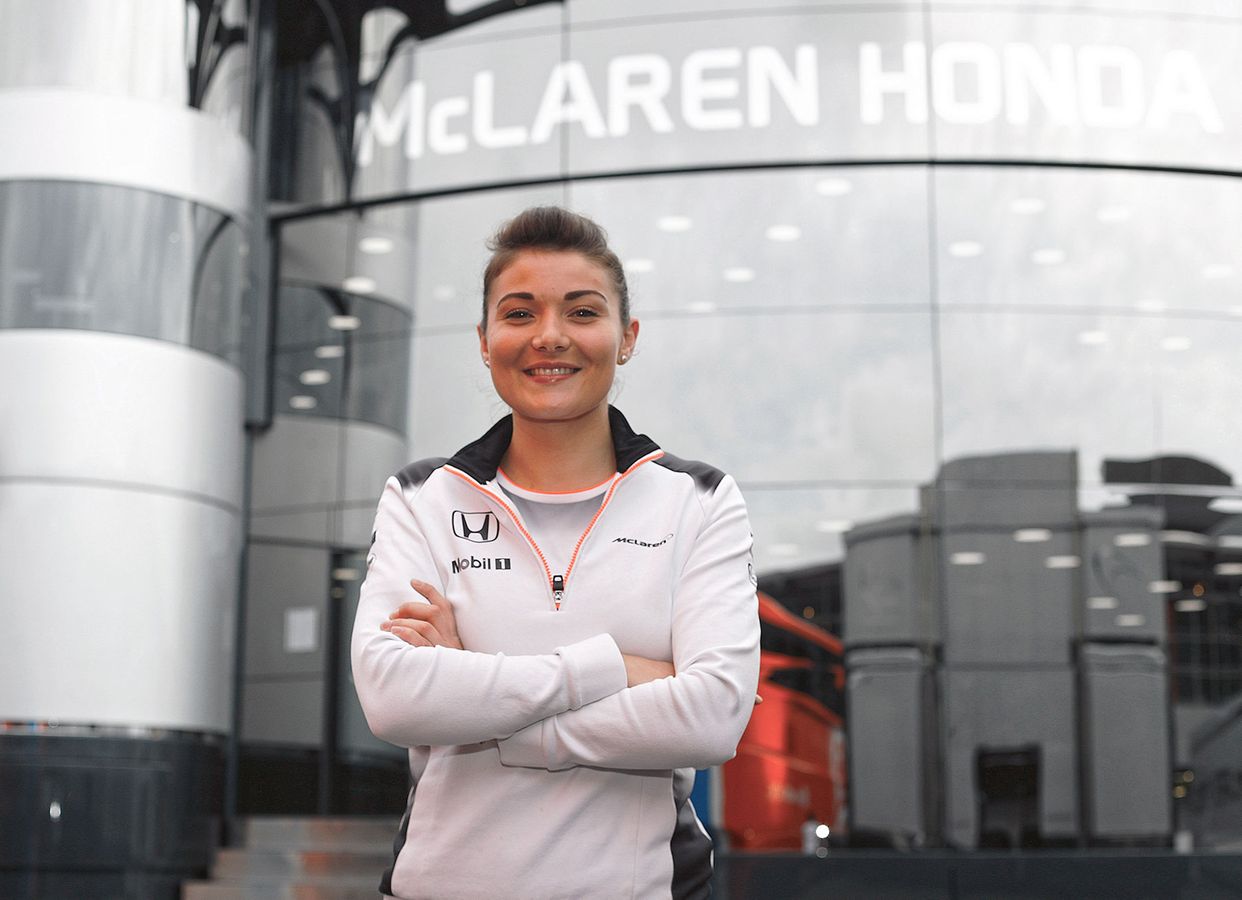