This week, the spolight is on Giuseppe Marciante, one of the team of mechanics who keep Fernando's car in check throughout a race weekend. 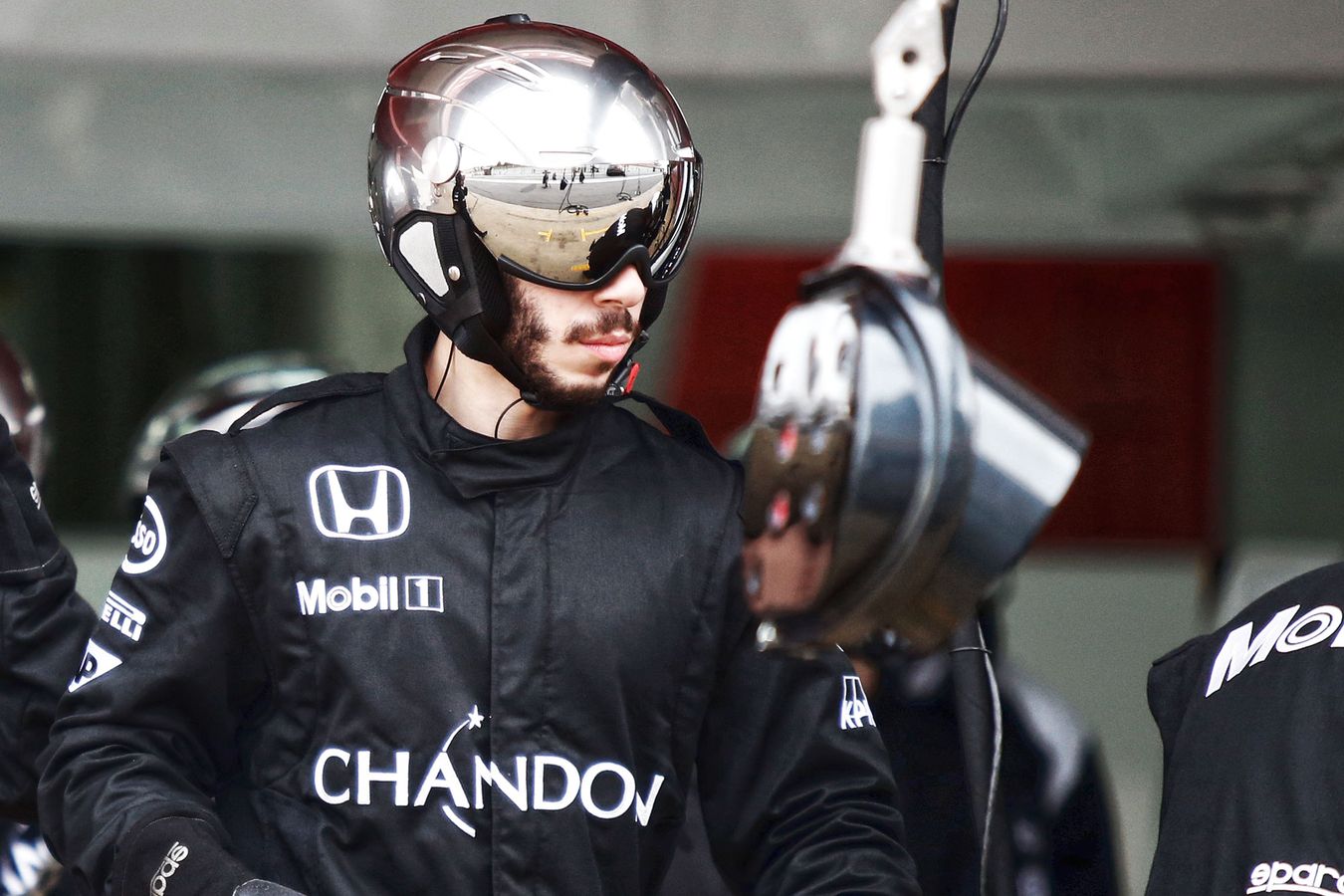 HOW LONG HAVE YOU WORKED AT McLAREN?
8 years.

DESCRIBE YOURSELF IN 3 WORDS…
Energetic, bubbly and committed. 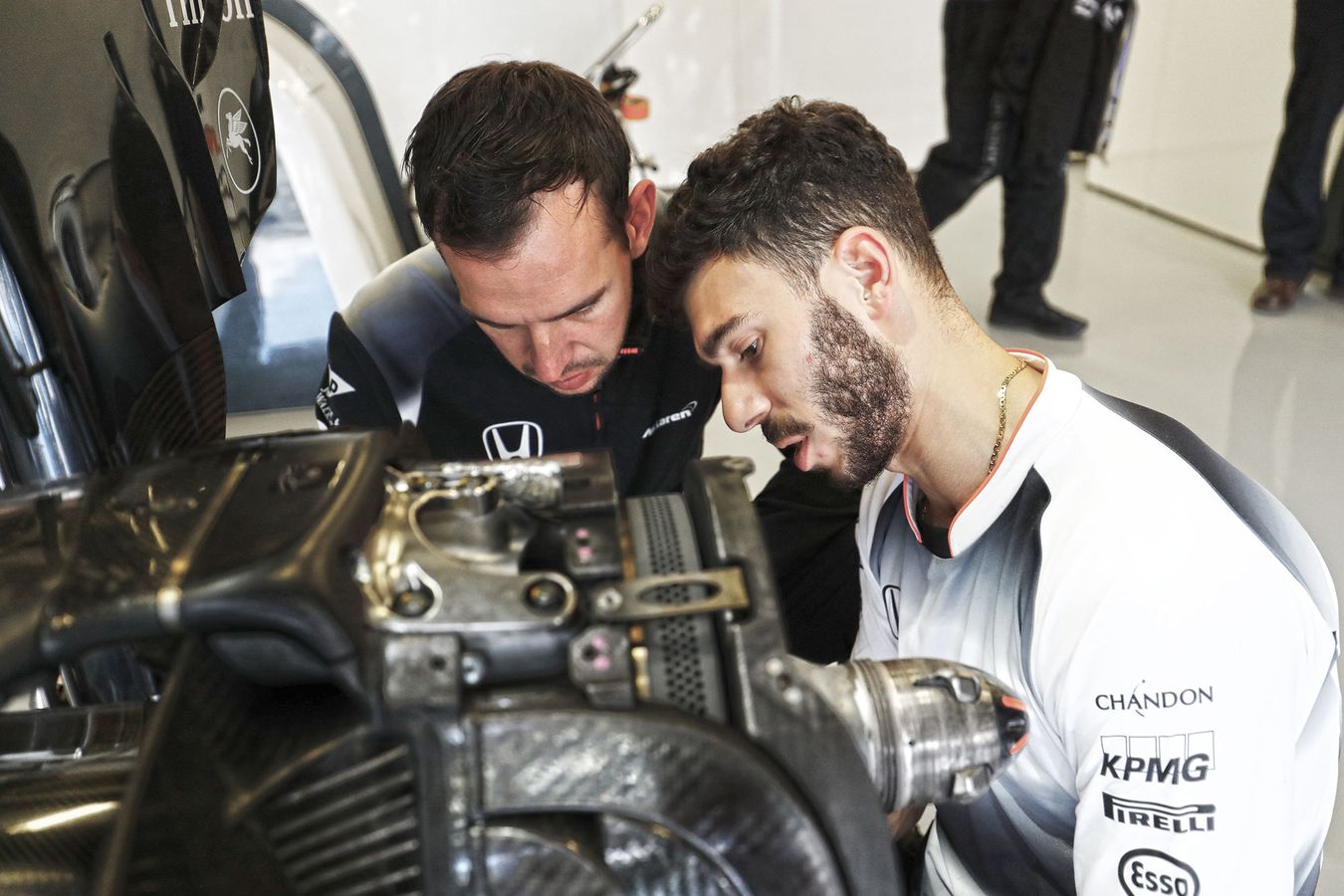 FAVOURITE RACE LOCATION?
Budapest is actually one of my favourite races, it's one of the quirkiest cities we go to, there's so much to see and do.

FIRST McLAREN MEMORY?
Walking into the McLaren factory for the first time at 16 realising that I was on the path to join the race team.

BEST McLAREN MEMORY?
Getting covered in champagne after Jenson won the Australian GP in 2012 at my first race.

FAVOURITE RACE IN McLAREN HISTORY?
Senna winning his home GP in 1991 (same year I was born) in wet weather conditions whilst being stuck in 6th gear. 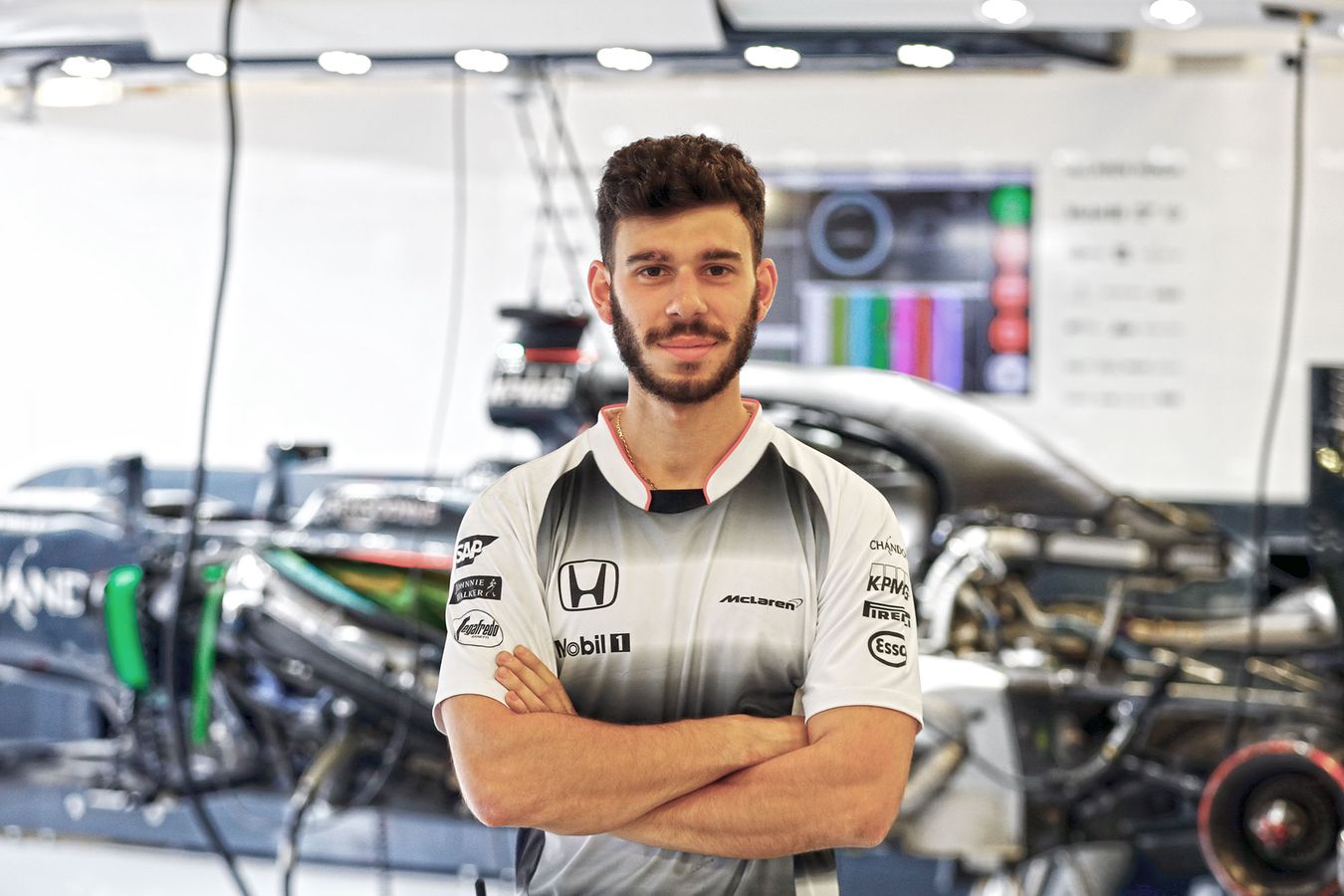 WHAT WOULD BE YOUR THREE F1 TRAVEL ESSENTIALS?

Jenna, Kitty and Michelle (from the Absolute Taste catering team who keep us fed and watered), because sometimes all you need is a coffee and a smile.

BEST PART OF YOUR JOB?
Travelling around the world going to places I would never have gone to otherwise.

FAVOURITE McLAREN DRIVER – PAST OR PRESENT?
Ayrton Senna - one of the greatest ever F1 drivers. 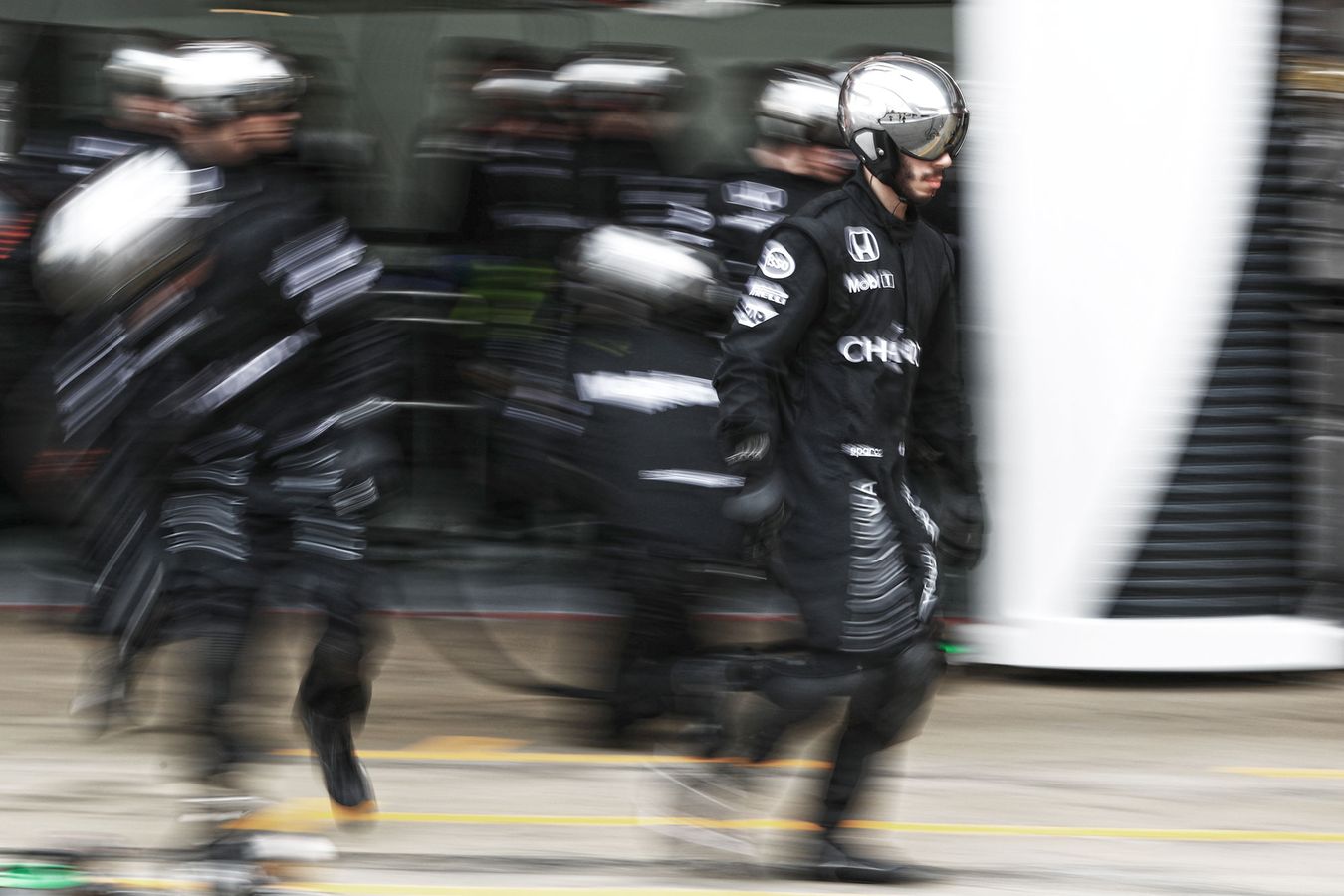 INTERESTING FACT ABOUT YOURSELF…
My grandparents were originally destined to emigrate to Canada but circumstances meant they came to England. I almost could have been Canadian.

WHEN NOT AT WORK, I LIKE TO…
See my family and friends and try to catch up on lost sleep.

WHAT FUELS YOU THROUGH YOUR DAY?
Knowing that we'll be back on top and winning again. 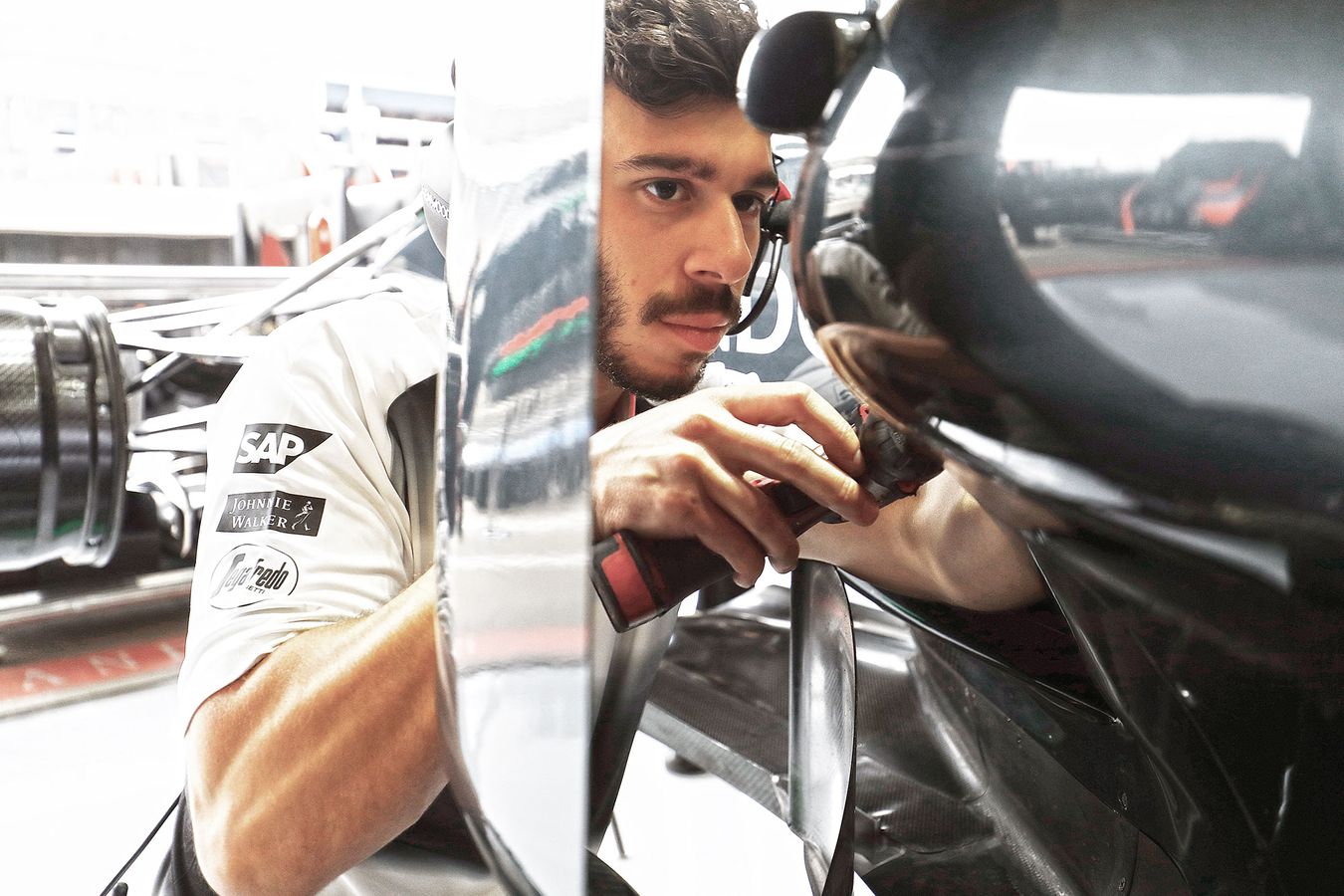 IF I WASN’T WORKING IN FORMULA 1, I WOULD BE….
I came straight into doing what I wanted - I never had a chance to think about anything else.

WHAT WAS YOUR FIRST JOB?
Stacking shelves at Tesco (although not for long).