In June this year, McLaren Racing partnered with the Women's Engineering Society (WES) as part of the McLaren Racing Engage alliance, which has been designed to drive forward a programme of initiatives aimed at opening opportunities and diversifying talent in motorsport.

WES is a charity and professional network of female engineers, scientists and technologists offering inspiration, support and professional development to other women who hope to achieve their goal of working or progressing in the engineering industry.

Every year the WES Early Careers Board organises a 'Lottie Tour' as a way to capture the interest of a younger engineering audience, by showing current engineers 'touring' with Lottie Dolls.

Lottie is a smart, curious young girl and is heading out on a tour to discover the diverse and fascinating world of engineering. Through her experiences of all the interesting things engineers do and by meeting amazing female role models working in engineering roles, Lottie will be sure that there's a place for girls like her in the world of engineering when she grows up.

In support of WES and as part of Tomorrow’s Engineers Week which runs from 8 – 12 November, McLaren Racing will be taking part in the WES Lottie Tour, with our very own female engineer doll kitted out in McLaren Racing team kit, complete with ear defenders and safety shoes. 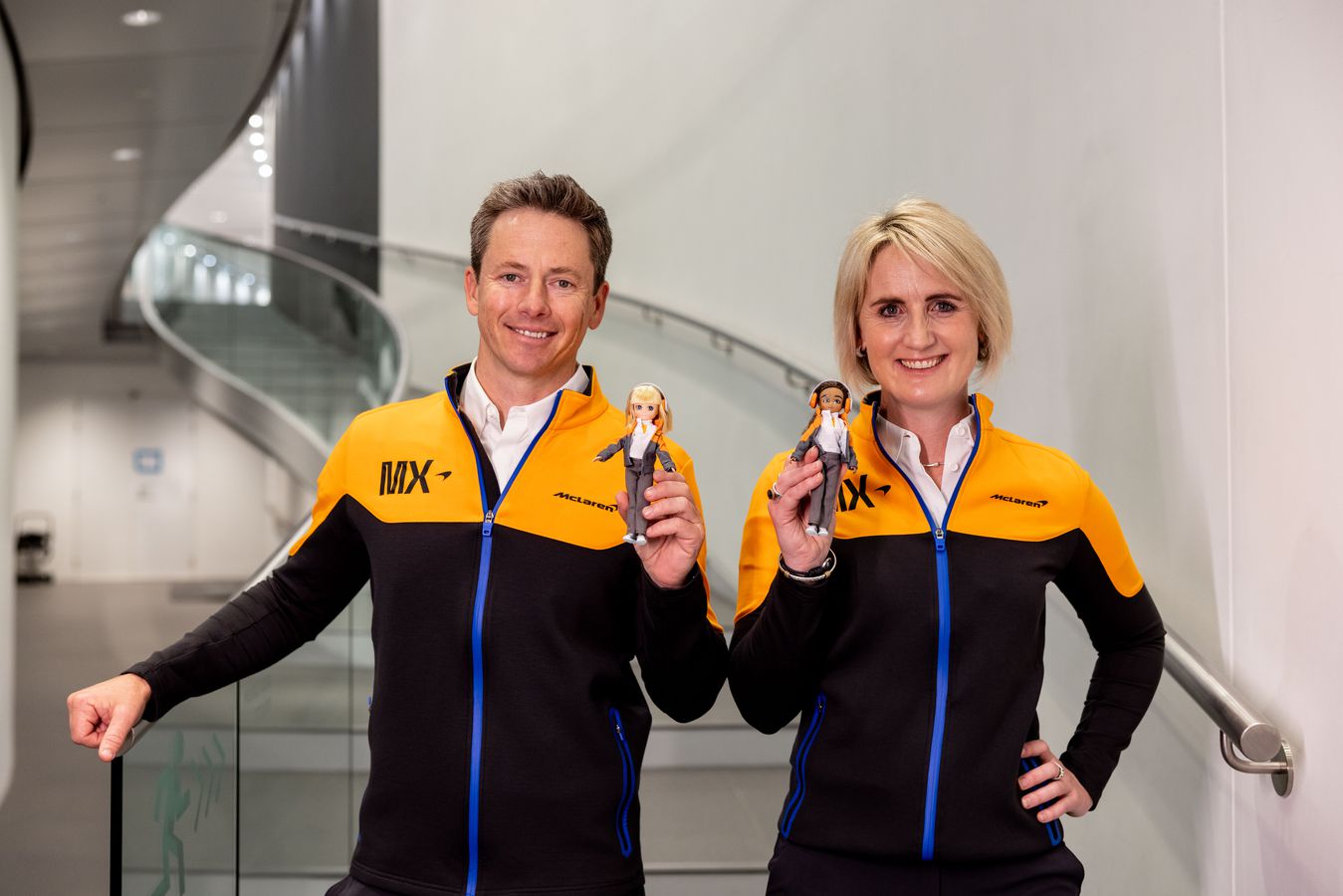 During the tour, Lottie will be involved in all of the projects and practicalities of day-to-day life as an engineer at McLaren Racing; she’ll spend some time at the McLaren Technology Centre to help optimise the cars ahead of the next race; she’ll meet the newest member of the team, our newly announced female Extreme E driver, Emma Gilmour and racing partner Tanner Foust; she’ll head out to track with Lando, Daniel and the F1 team to learn what it takes to complete an efficient pit-stop; and even spend time learning how to make an F1 car go faster.

We look forward to seeing what else Lottie gets up to during her week with McLaren Racing.