After concluding an intensive hot-weather performance study, with immediate effect McLaren will supply each member of its Formula 1 pit crew with an innovative piece of high-tech apparel. 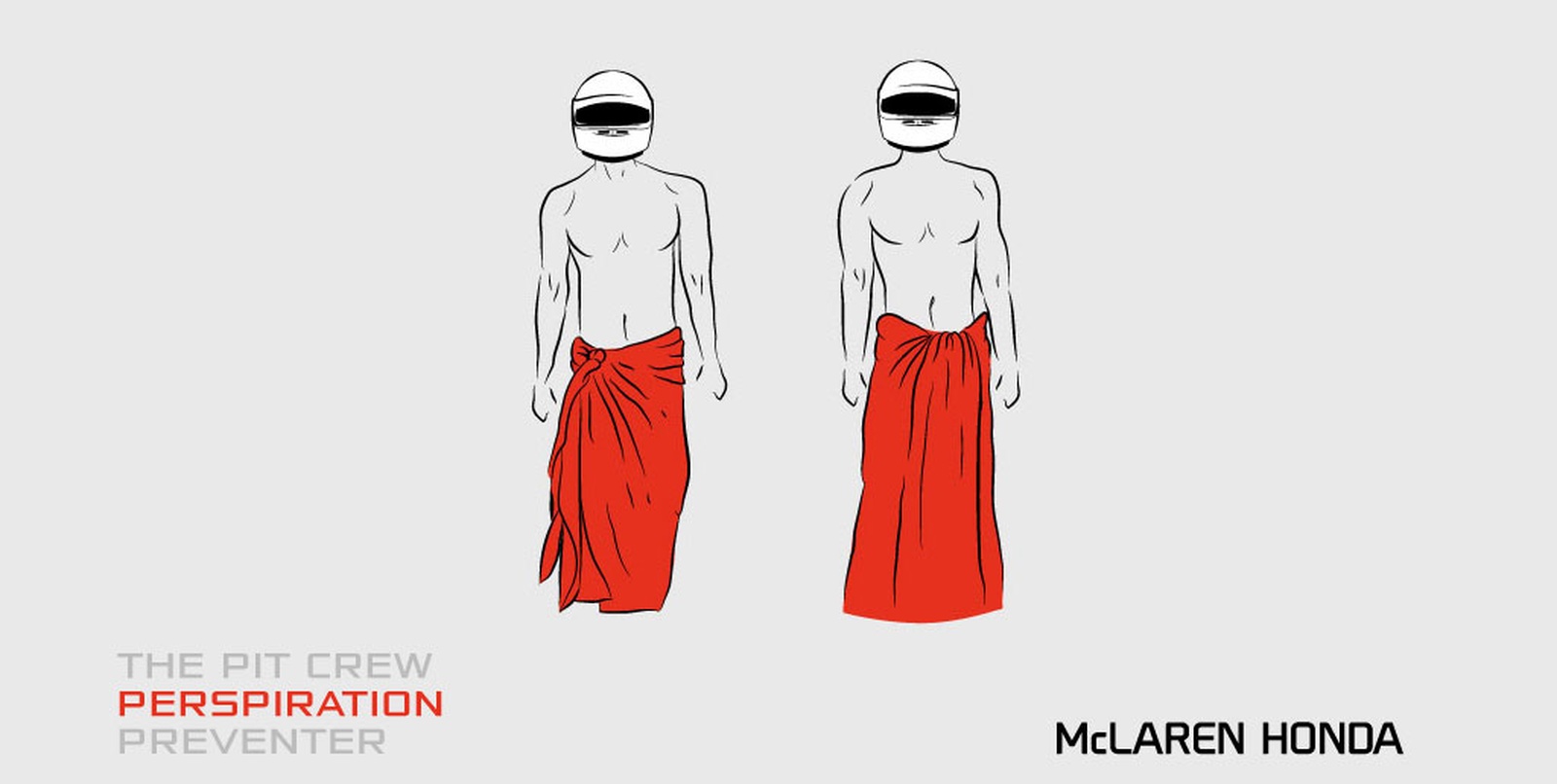 Every mechanic will be supplied with a novel item of team kit that supplies a constant stream of humidified cooling air to the wearer: a telemetric, fireproof sarong (#McLarenSarong) that will be permitted for use in all hot-weather environments.

McLaren believes that the new garment will once again return it to the vanguard of apparel technology innovation in Formula 1, a position it most recently occupied when it introduced the famous ‘Formula Onesie’ mechanic’s costume at the start of the millennium.

The #McLarenSarong has been weaved from a unique blend of proprietary triple-layer fireproof material, and can withstand temperatures of more than 300 degrees Celsius – far greater than the average mechanic can sweat up while burning the midnight oil in a Formula 1 pit garage.

If the roll-out should prove successful, the team is looking to introduce a number of additional items of apparel at forthcoming grands prix. They will include a traditional kimono-style anti-precipitation jacket for the Japanese Grand Prix at Suzuka, titanium-plated cowboy spurs for the United States Grand Prix in Austin, Texas, and a revolutionary uncured soft-weave carbonfibre sombrero, to be introduced for the resurrected Mexican Grand Prix later this year.

For the forthcoming Martian Grand Prix, which Formula 1 commercial rights holder Bernie Ecclestone is currently in negotiations on Mars with a view to inclusion on the 2075 Formula 1 calendar, McLaren's pit crew will wear as yet unspecified 'Space spec' sarongs, which are expected to be designed by Mads Magnussen, the team's current test and reserve driver Kevin Magnussen's future grandson.