Everyone loves a debut; the anticipation, the excitement. It’s a step into the unknown, where anything is possible. And this time last year, Lando Norris experienced just that. But how do you prepare for the next chapter and follow up a successful start?

About to embark on his second season at the pinnacle of the sport, the driver that fans voted Formula 1’s Rookie of the Year might just be able to share a few words of wisdom – even at the tender age of 20. A team player with a razor-sharp wit and penchant for milk, Lando captured hearts and minds with his exploits inside and outside the cockpit during his maiden F1 campaign.

He sat down with us to talk training, his McLaren team-mate, Valentino Rossi and more, as he revealed how he hopes to build on an impressive debut season.

I’m itching to get back in the car, especially this year. I was last year, but I was a lot more nervous at this point in 2019 with all the new things I had to contend with: rules, information, strategies, ways of working, everything really. Whereas now, I know a lot of this stuff. I feel more relaxed and not so nervous. Instead of wondering whether I’m ready for the first race, this time I know I am and that’s why I’m so excited.

2 | Put it down to experience

Formula 1 is such a complex sport. There are so many factors which impact performance, and while you can study them, you cannot properly understand them until you’ve experienced them. For example, managing the tyres, knowing when to push and when not to push, and how to respond to a rapidly changing strategy. You’ve got to think about the long game in races and that gets easier with experience. 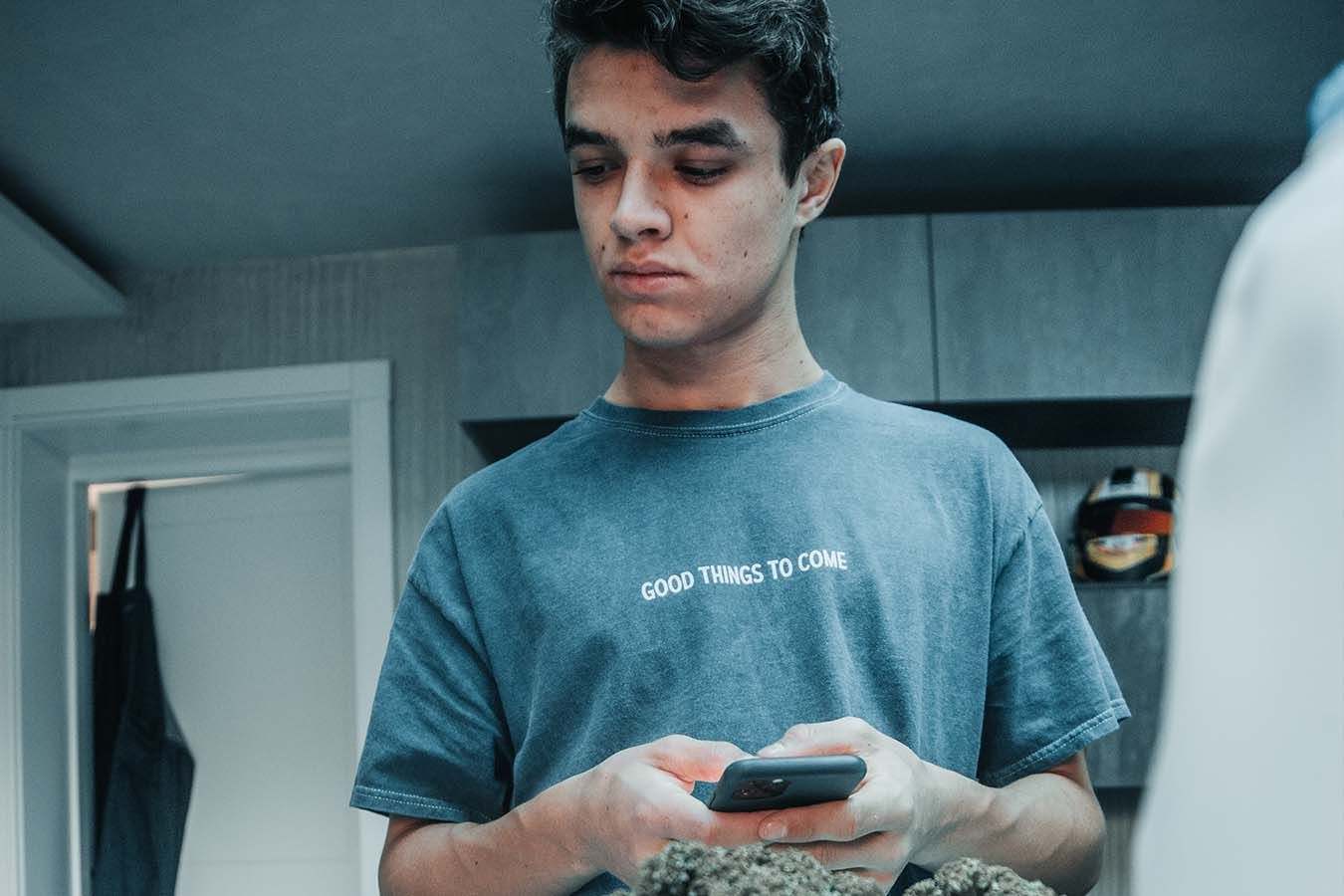 This is the first year that I’ve had a lot of input in the car. The MCL34 was designed in 2018, and although I drove in a few sessions that year, I didn’t have much direct input into it. But, for 2020, a lot of the MCL35 has been influenced by what Carlos and I have asked for.

Carlos and I worked very well together last year, and I think it helped the team a lot. It contributed to a more upbeat atmosphere and the beauty of our relationship is that it’s genuine. It’s not just some big show for the media. We genuinely get on.

It’s important to take time out to recharge, not think about racing and just do ‘normal’ stuff. When you return, you engage with information better, have more ideas and work more productively. Over the festive period, I spent time with my family in Glastonbury. I don’t have a simulator there or my computers, so I did some quad biking, spray painted some helmets and enjoyed the countryside. I also went to Dubai with some friends, where we enjoyed the sun and had a lot of fun out in the desert with dune buggies.

This may come as a bit of a shock, but I’ve tried to stop drinking as much milk. It was a big decision. Over the winter, I drank a lot of it! Every meal, every snack, was always with milk. I was getting through so many litres a day and needed to rein things in a bit. I’ve been drinking more water instead, but it’s nowhere near as good.

7 | Just accept it, training is not fun

Speaking of things being nowhere near as good, my trainer, Jon Malvern, does as much as he can to make training fun. However, it doesn’t come close to driving the car and that makes it very difficult for me to enjoy training – sorry Jon! You can try to make training more enjoyable, but the reality is, it’s all focused on getting fitter and that means: no pain, no gain.

Ever since I started racing, I customised whatever I could, whether it was my race suit, boots, gloves, helmet, the stickers on my kart, even the livery of the cars I raced. In F1, it’s a little trickier to do that, but the helmet is one of the areas a driver has creative input. 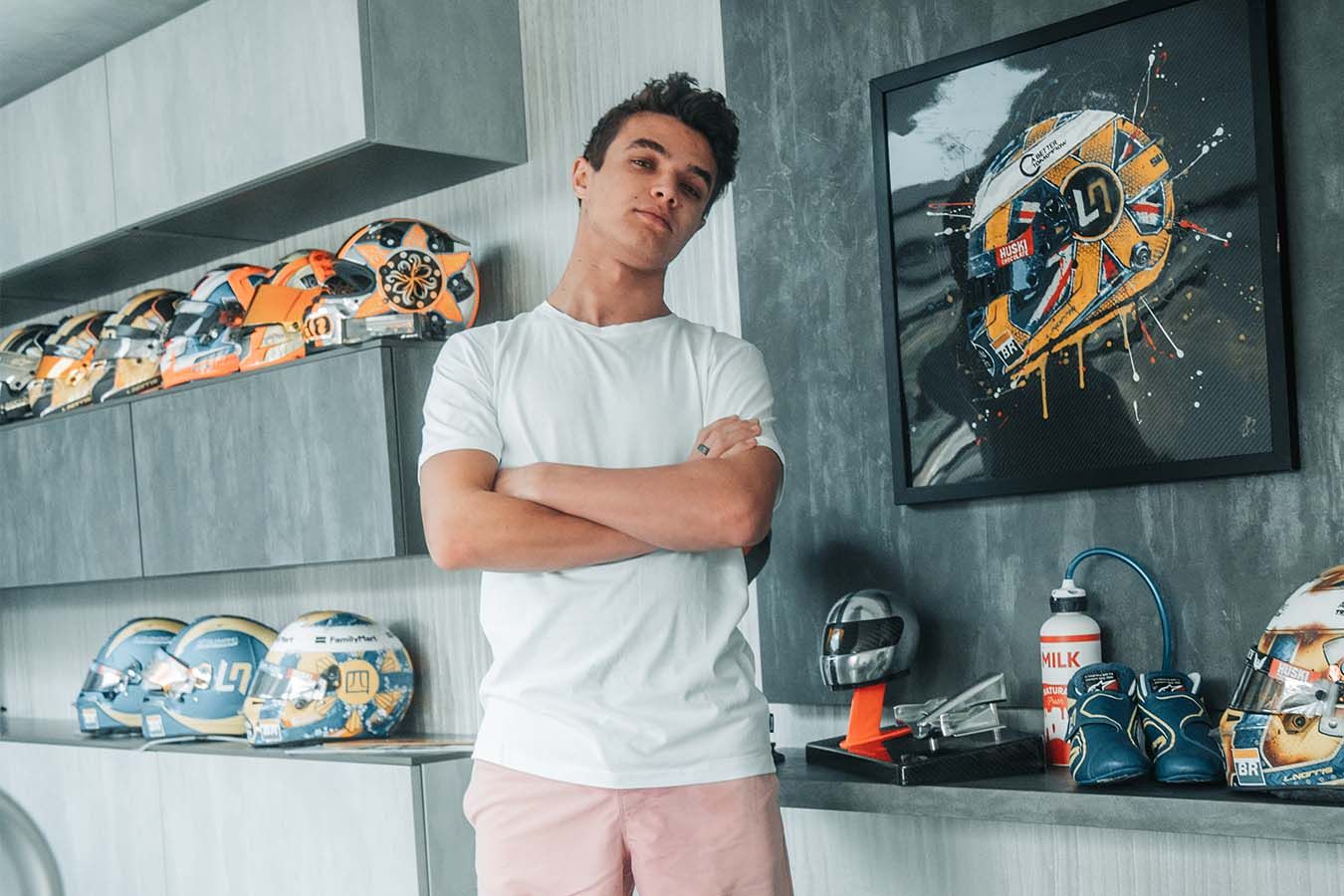 This year’s design is along the same sort of lines as last year. Yellow is still the main colour – no surprise there – but you could say it has been simplified a little, a bit more ‘old-school’ if you like. I’m thinking of having a special design for pre-season testing – we’re talking camouflage. And then I’ve had some thoughts for some of the bigger races. The design I’m most excited about is for the British Grand Prix. I don’t want to give too much away yet, but let’s just say it’s all about the fans.

I’m a big fan of Valentino. That’s no secret. When we met last year, we spoke about all sorts of things. It was great to get his perspective and understand his mindset. Talking to someone like him gives you ideas and makes you think about things differently. Although, to be successful, it’s not just a case of copying what he does or how he thinks. You have to do things your own way, but that doesn’t mean you can’t learn from people along the way.

Make sure to keep an eye on TEAMStream and the McLaren App for more updates on the MCL35.

Be part of the MCL35 launch

Can you build the MCL35?