19 drivers have contested 200 or more grands prix. This weekend, Daniel plans to make that an even 20.

There’s plenty of former McLaren drivers already on the list (eight, to be precise), but the only driver to bring up the 200 driving a McLaren was Jenson Button, who celebrated the achievement with a mesmeric victory in wet-dry conditions tailormade for the driver with the most cultured left boot in motorsport at the 2011 Hungarian Grand Prix. That race was more of a struggle for 21-year old Daniel Ricciardo. Having qualified seven seconds off the pace in the HRT-Cosworth, young Daniel started 22rd on the grid, and finished four laps down, in 18th. It was his third race, and his best result.

Daniel got his big break as a mid-season replacement for Narain Karthikeyan, making his debut at the British Grand Prix. Having won the prestigious British F3 Championship in 2009, the Australian was the rising star within Red Bull’s junior programme. He had his first test at the end of the year in Jerez (and was the quickest driver over the three days) but competition within the Red Bull ranks was fierce and Daniel had to spend 2010 in the junior ranks. He spent the first half of 2011 as Toro Rosso’s Friday driver, before, in preparation for a 2011 race seat, he went out ‘on-loan’ to backmarkers HRT.

Daniel excelled over the next two seasons at Toro, winning plaudits for stellar qualifying pace and gutsy race performances – as well as having a sunny disposition and a ready smile behind his braces. When Mark Webber announced his imminent retirement, Daniel got the nod to take his seat with World Champions Red Bull Racing for 2014. Red Bull’s second Aussie in succession took to running at the front with ease, taking his debut victory at the 2014 Canadian Grand Prix, and adding two more that season to finish third in the Championship.

He nudged his win tally up to seven before departing Red Bull for Renault at the end of 2018, where he spent the next two seasons mostly as the recurrent thorn in our side. It’s brilliant to finally have him in our garage.

He’s usually horrified whenever anyone accuses him of being mature, but a driver learns a thing or two across 11 seasons in Formula 1, so we sat down with Daniel at the start of the weekend to pick his brains for the accumulated wisdom of 199 grands prix contested.

Daniel, let's get right down to it. What's the most important thing you know about racing an F1 car that you didn't know in 2011?

DR: Ooh wow! Something I didn’t know… that it gets better! I was four seconds off the pace in the HRT so it definitely got better after that. The lesson is that it will always change.

How do you make your opinion heard by a team? What does a driver have to do to get the car to where they want it to be?

DR: I think for me, it’s always been pretty straightforward. I’m always happy and easy-going, and so whenever I say something with a straight face, it tends to get a lot more attention. I don’t need to yell, I think just me talking seriously for a moment gets it done – but you’ve got to find what works for you. I don't think throwing chairs around would be a good method for me, but for other drivers…

Let's talk about an important topic. How critical is it to have magnificent facial hair at the US Grand Prix?

DR: It’s super-important! I want to go back to COTA and do something spectacular. I’m feeling some nostalgia for what I did in 2014. It was like a beautiful, disgusting, flurry of joy. I need to embrace that again in 2021. I’m a cowboy at heart. 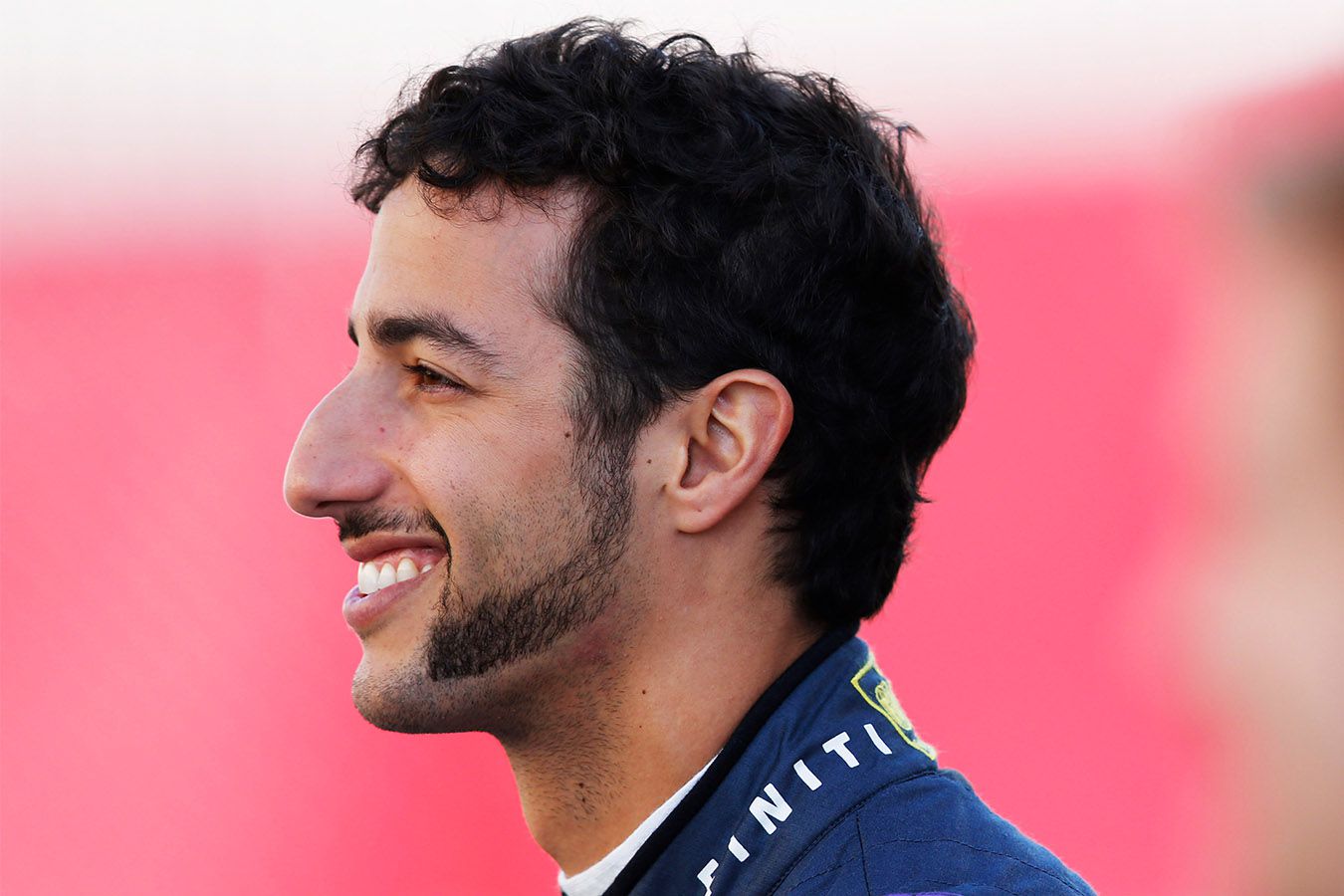 You've acquired a reputation as a demon overtaker – but not a wheel-banger. How to you assess risk versus reward when playing the last of the late brakers – and has that changed over the years?

DR: I think a lot of the time when I was young, I didn’t take the risk. Like ever. Then I got to a point where I went to the other end of the spectrum where I would rather take the risk with no reward, than have neither risk nor reward. Today, I think there’s always something to gain with taking the risk. It’s just more fulfilling, going for something. That’s probably true of life, not just racing. Taking a leap of faith is kinda cool.

F1 drivers need a vast toolkit of skills, many of which can't be taught and simply have to be learned on the job. At a signing session, what's the best approach when asked to autograph a baby?

DR: Babies can be tricky. I normally don’t hold the baby, I don’t want the responsibility! I tell the parent to hold firm with two hands, and then I swoop in and sign the romper. The trick is to not touch the nipple because that tickles – and it’s difficult signing a giggling baby.

In qualifying, you tend to save the best 'til last. What's the trick to finding a couple of tenths at the end of Q3?

DR: The main thing I tell myself is that the track is in the best condition it’s been in all weekend, you have new tyres, low fuel and anything you’ve been able to do up until this point, this is when the conditions say you can do just that little bit more, wind it up just a tiny, little bit. Normally that’s how you get it. 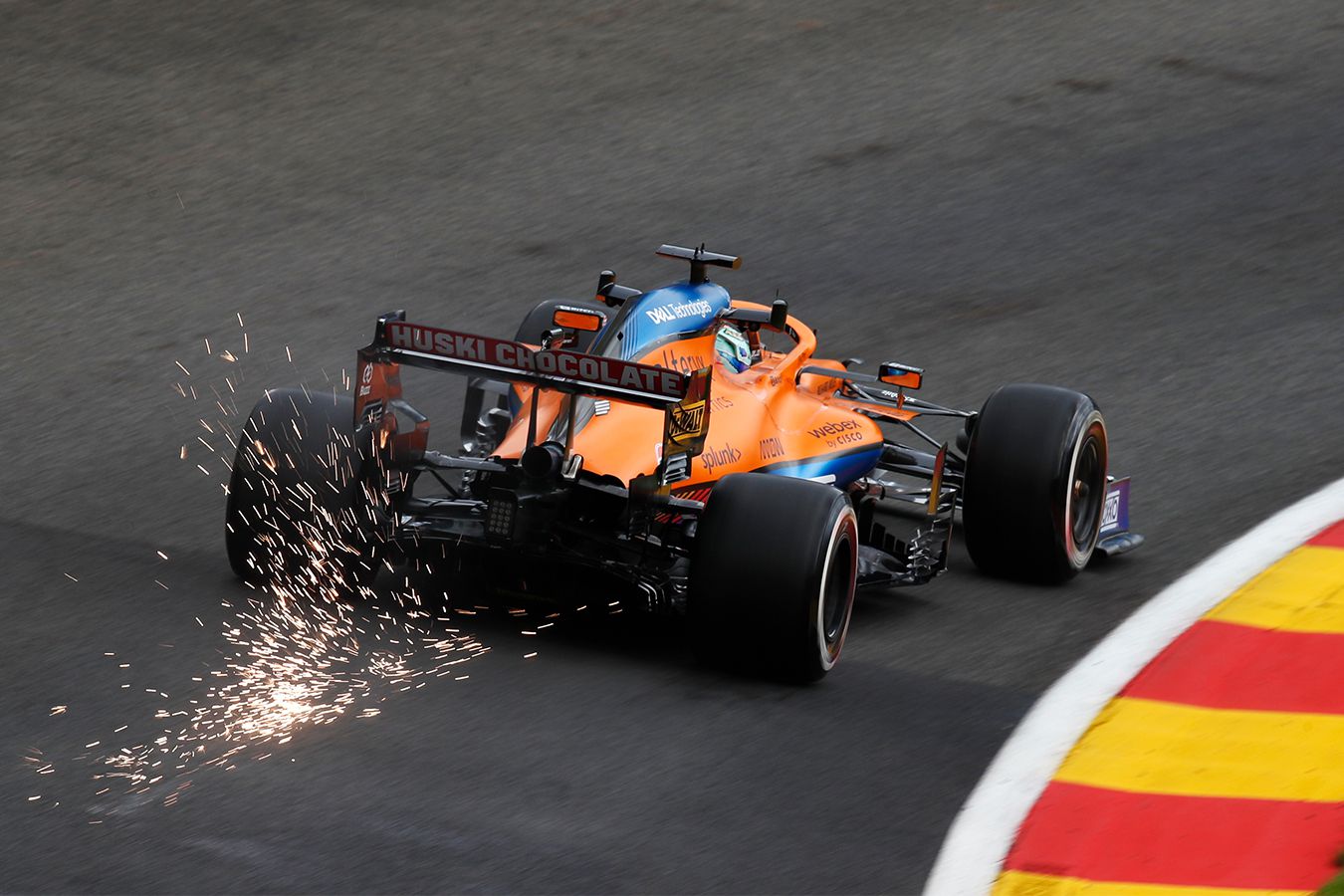 We've talked about attack, how about defence? You've had a couple of races so far with McLaren where you've had to hang on to a position, and in the past you've had some memorable defensive drives to take victories. Given your rep for overtaking, how do you manage your emotions when you're racing the other way and have to protect a position?

DR: This is probably the feeling I embrace the most. I really like it. When I’m fighting for something, and I’m in the position, and can draw that line in the sand and say, no-one’s taking this from me. That’s normally my mentality in a defence, when someone’s attacking me: I say they’re not taking it away because it means too much to me. I really enjoy that ‘at any cost’ mindset.

Finally, we need to mention footwear. Specifically, hot, sweaty footwear. Is the shoey an essential part of the podium ceremony?

DR: It is these days. Absolutely. There were a few times where I didn’t do it, and I got booed. Fans were really upset when I kept my racing boots on! So yeah, it’s essential and it’s certainly become my thing. I enjoy doing it – but I think it is expected of me too – and I’m happy to oblige.

Message to my younger self

Daniel Ricciardo reflects on more than 10 years in Formula 1