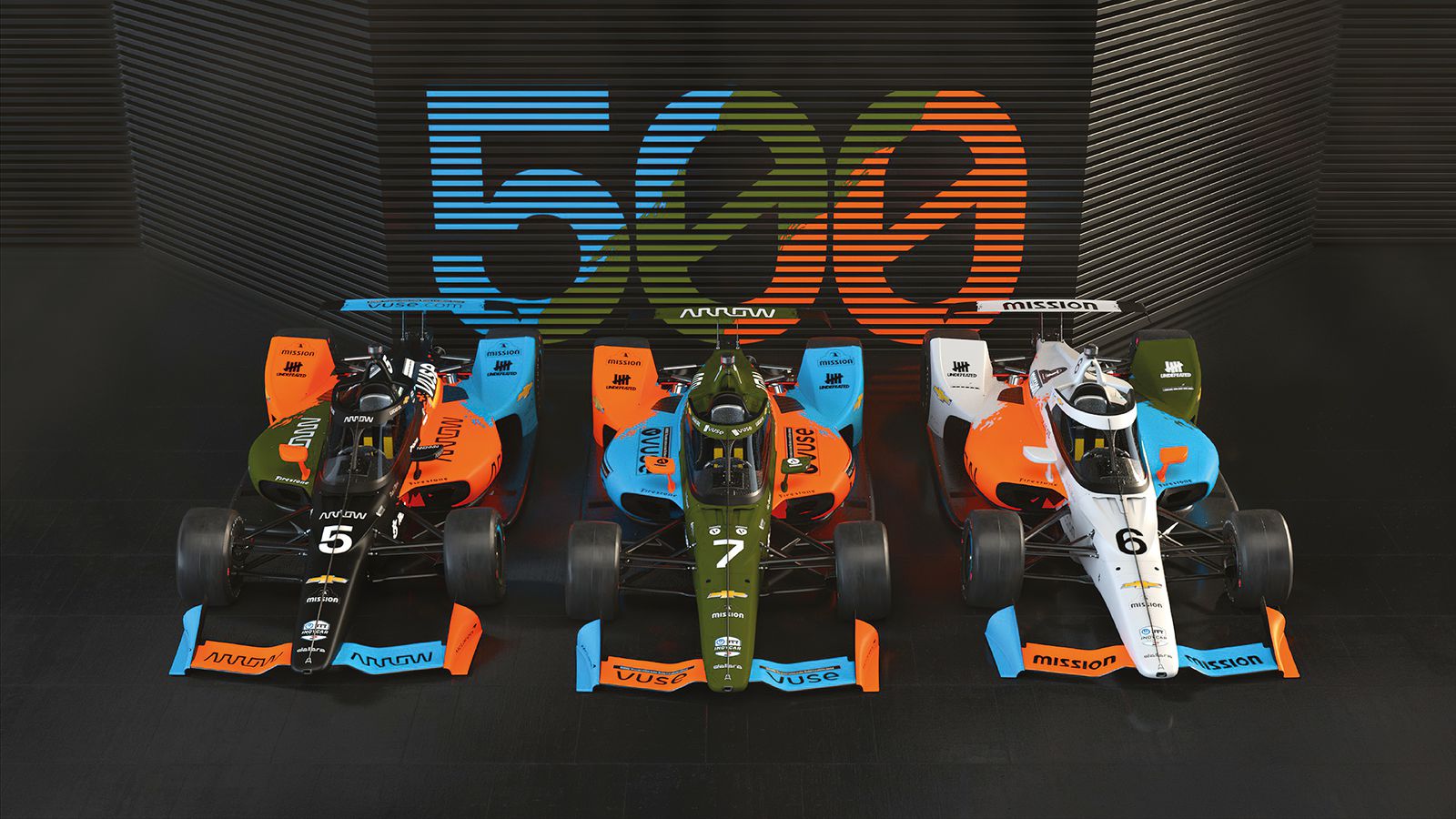 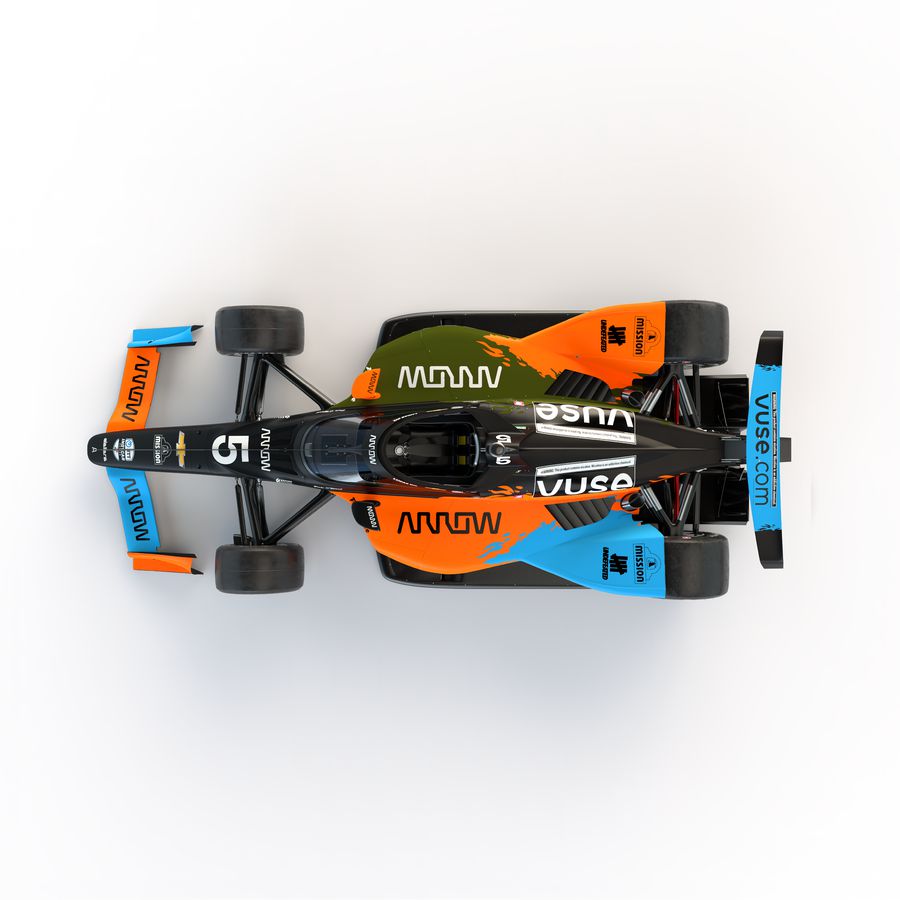 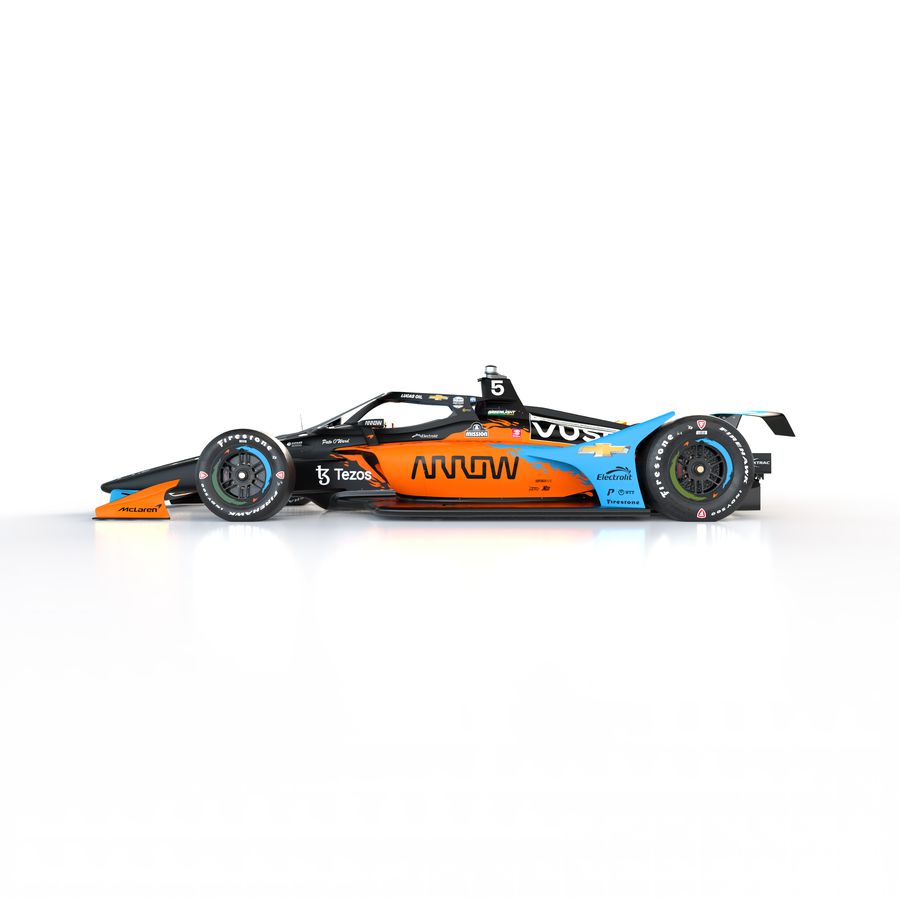 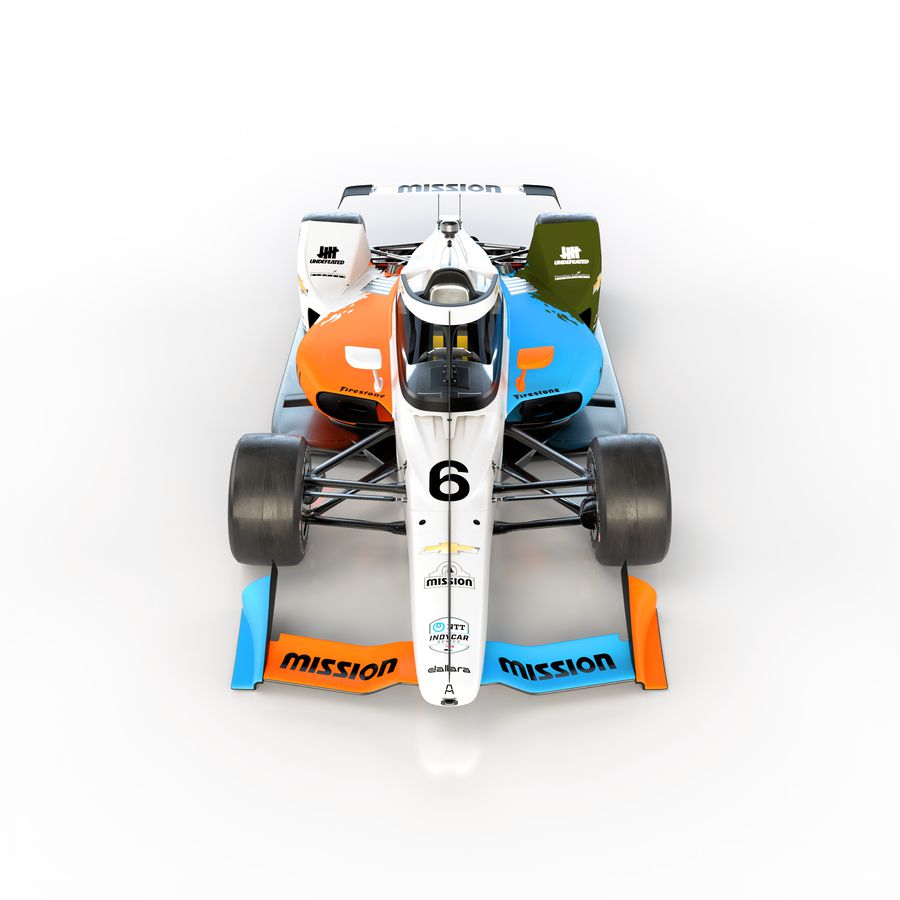 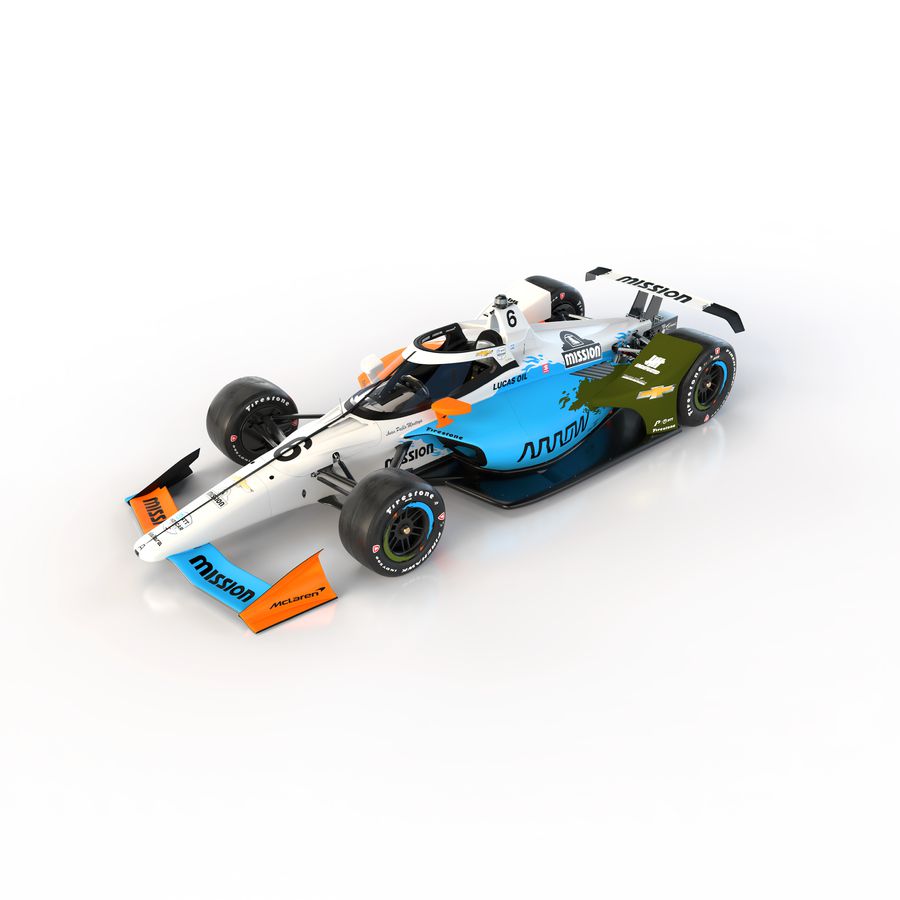 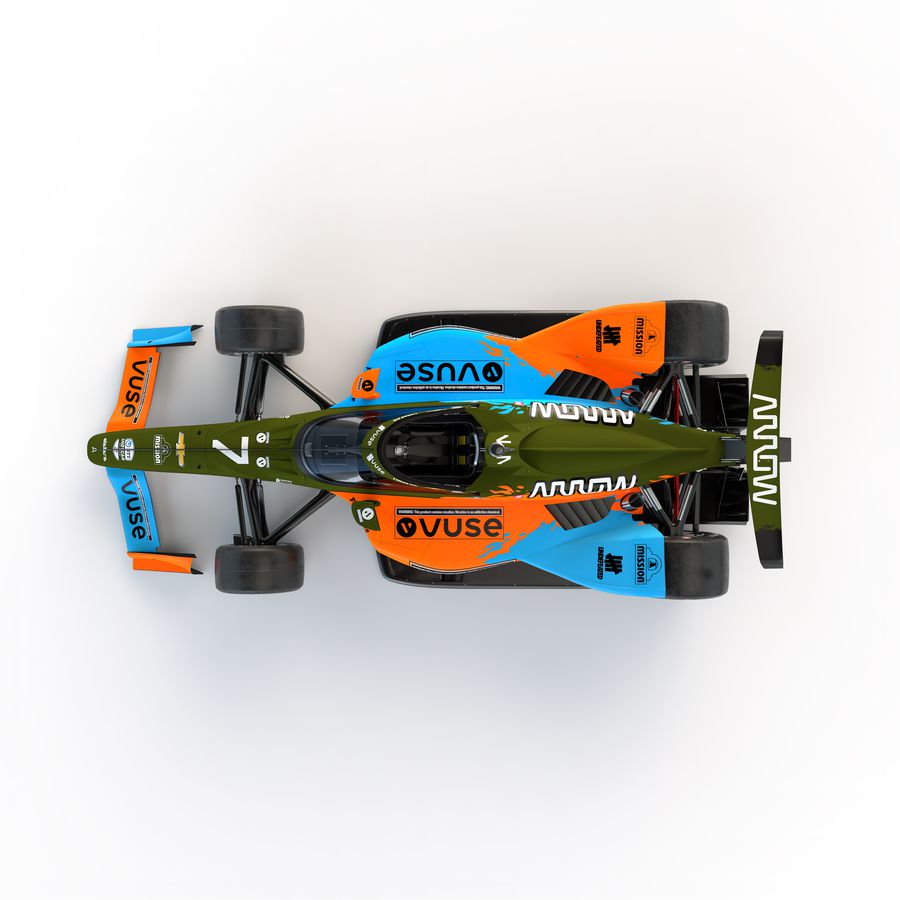 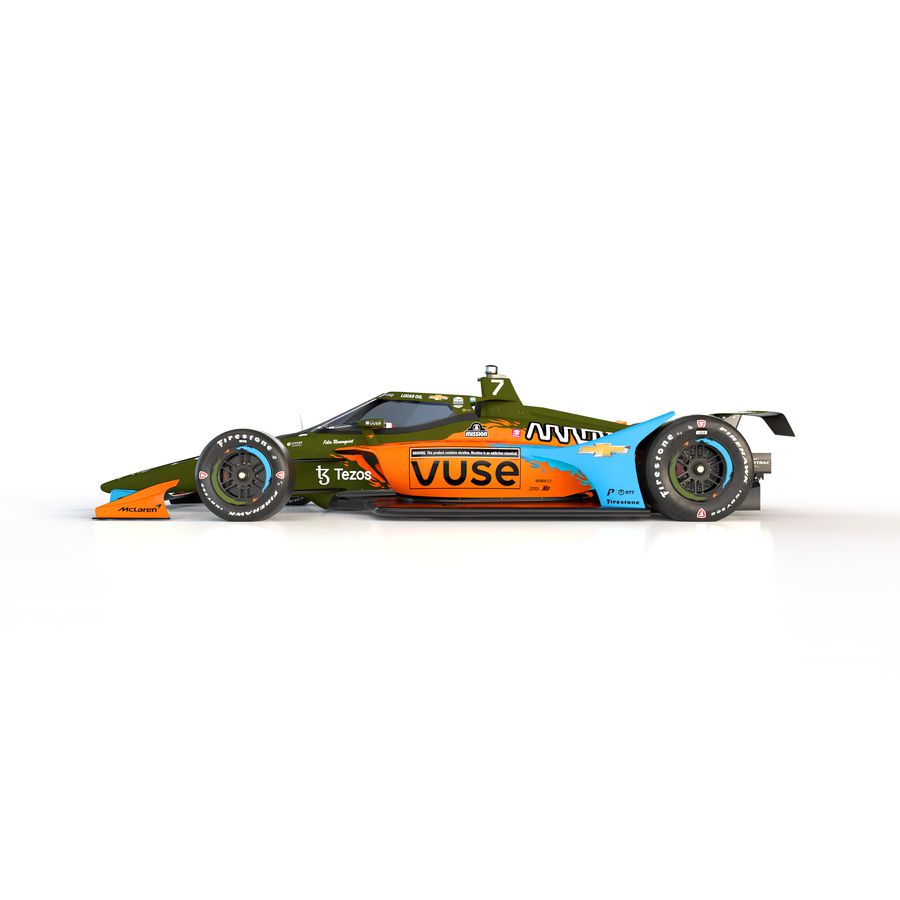 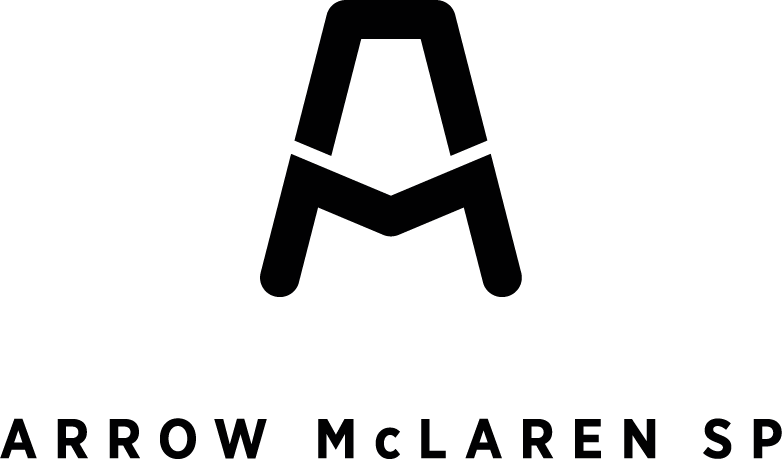 For the second consecutive year, Arrow McLaren SP and Vuse will partner with global sportswear brand UNDEFEATED to collaborate on design and inspiration across the team for this year’s 106th Running of the Indianapolis 500. The unique partnership will see UNDEFEATED design all three Arrow McLaren SP Chevrolets, driver fire suits and the team garage for this year’s ‘Greatest Spectacle in Racing.’

Arrow McLaren SP, Vuse and UNDEFEATED will look to elevate the partnership after last year’s first of its kind collaboration between a streetwear and lifestyle brand and an IndyCar team. This year James Bond, founder of UNDEFEATED, will lead the design of not one, but three racecars that will compete in this year’s Indianapolis 500.

All three cars and drivers will take to track at the Indianapolis Motor Speedway tomorrow, as the team participates in the Indianapolis 500 Open Test on April 20 and 21. Follow along with the test live on Peacock and across Twitter, Instagram, Facebook, TikTok and YouTube at @ArrowMcLarenSP.

“Continuing our partnership with Arrow McLaren SP, and partner Vuse, for the second year to bring streetwear designs to racing canvases at the Indianapolis 500 is a huge opportunity for the brand and industry. I’m excited about the expanded design collaboration and to bring to life UNDEFEATED’s vision across the Arrow McLaren SP team, unifying our brands on and off the racetrack during the month of May.”

“With the success of last year’s design, the team was ecstatic to welcome back this partnership between Arrow McLaren SP, Vuse and UNDEFEATED to elevate our position on and off the track. Collaborating with a brand like UNDEFEATED through innovation and art during IndyCar’s biggest moment of the year helps to bring the sport forward, drive creative innovation, and foster additional interest in the sport.”

“How cool is it to have special liveries across all three cars? I think once the fans see all three Arrow McLaren SP liveries on track, they will see how unique the collaboration with UNDEFEATED is. The Indianapolis 500 is the most special moment of the year for the entire team and these custom liveries just take it up a notch.”

“I can’t wait to get back to Indianapolis Motor Speedway with Arrow McLaren SP, this time with an UNDEFEATED design on the No. 6 Arrow McLaren SP Chevrolet. This partnership is close to home for me because my cousin was part of the design process with James [Bond]. To be able to drive a car that I know was designed by family, that’s special."

“I am really excited for UNDEFEATED to return to the team this year for the Indianapolis 500 after last year’s successful partnership with Vuse on the No. 7 car. I loved how unique my car was last year and I think it will be even better this year to have three UNDEFEATED-designed cars on the track at Indianapolis Motor Speedway. I have enjoyed getting to know James [Bond] and the team at UNDEFEATED and look forward to working closer with them.”

“This is a good, solid foundation to build on for the rest of the year"