The ins and outs of a logistical challenge

The ins and outs of a logistical challenge

The week between the Austrian and British Grands Prix is the biggest logistical challenge of the season.

In fact, it’s probably the biggest logistical challenge that the sport has ever seen.

Because the journey from Spielberg to Silverstone is a daunting 1500km, includes the crossing of the English Channel, and sees 23 McLaren articulated Volvo trucks travelling from one race to the next, with just days to prepare between races.

Given the time constraints, and distance traveled, it’s an absolutely enormous undertaking, and one that requires planning, skill and ingenuity. And, with our official trucks supplier, Volvo Trucks, we’re able to execute the whole thing perfectly. 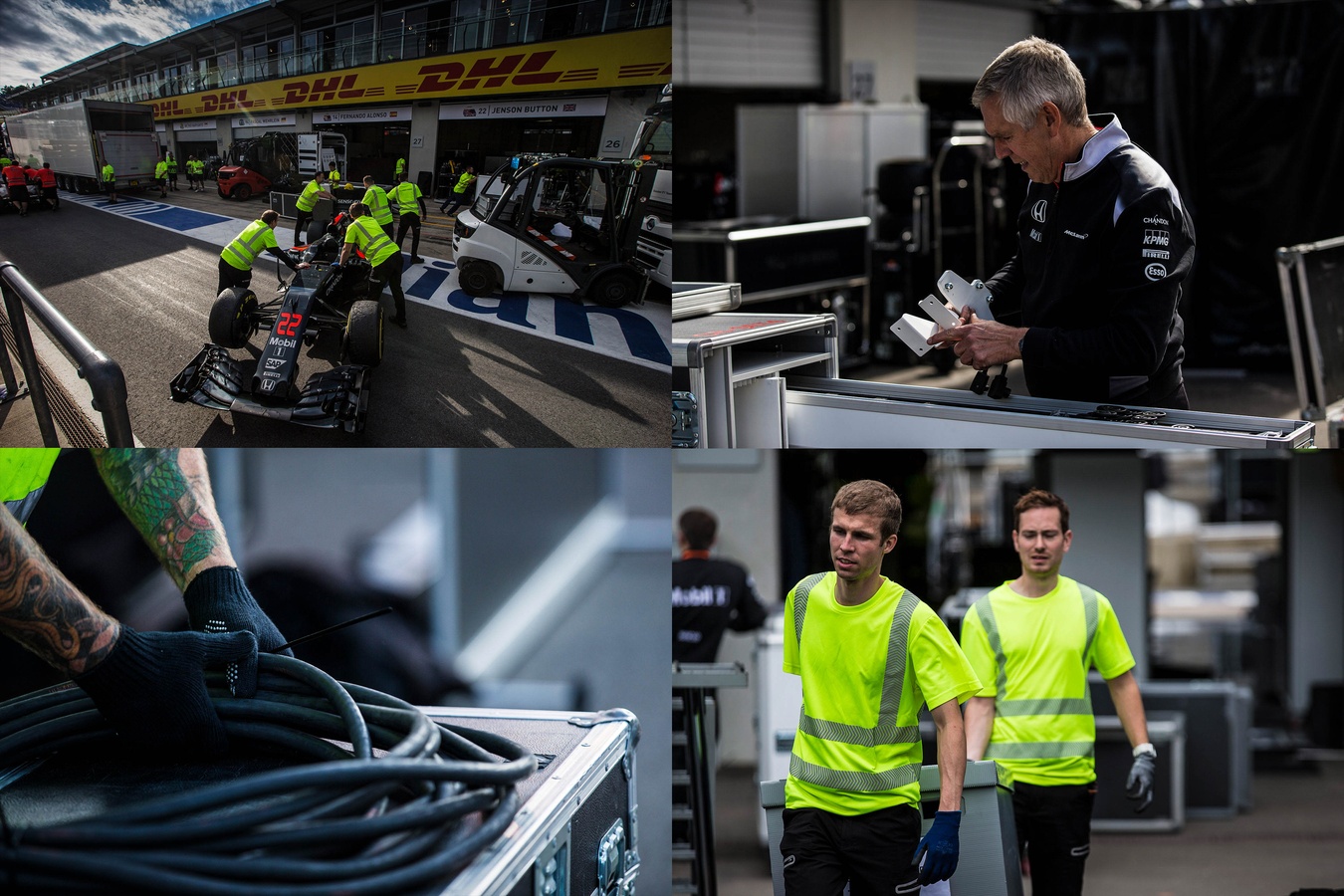 The de-rig begins during the race itself, increasing in pace once the grand prix cars cross the finish line. By Sunday evening, the race transporters will already be on the road, and the Brand Centre riggers will be in full swing, working into the night.

Once the de-rig and pack-up is completed, the Brand Centre wagons roll out of the Spielberg paddock at 1400 on Monday afternoon, with the first trucks arriving at Silverstone at 0600 on Tuesday morning.

The journey is intensive: the main supplies trucks have to travel non-stop, which mean they have to be triple-manned (double manned from Austria to a meeting point in France, where fresh drivers, staying at a nearby hotel, jump in and continue to Silverstone). The other vehicles require a minimum nine-hour downtime to rest the drivers before proceeding to the UK.

In all, the team will use around 50 to 60 drivers between the two race weekends.

Life on the road 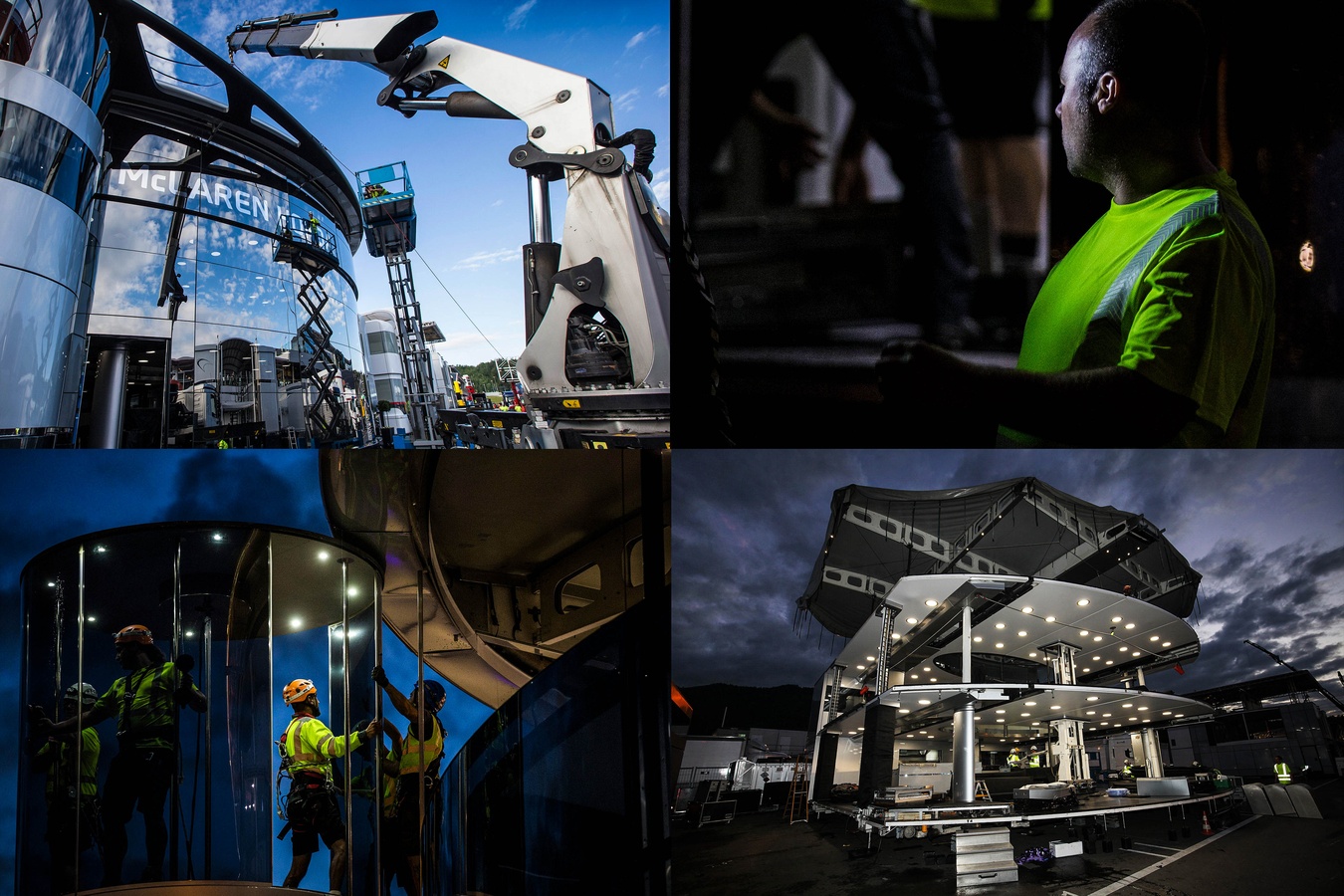 While the race chassis travel to European grands prix on the car transporters, they often return back to the MTC in our race vans. These are smaller and quicker, and can be double-manned, which means they offer us the most efficient and speediest route back to the factory. On a back-to-back trip, however, they’ll go directly to the circuit.

In addition to the race trucks, we also use up to five regular vans to rapidly carry small or urgent items across Europe. During a race weekend, there’s regular traffic from the factory to the track – team members take ‘hand luggage’ – cases and boxes stuffed with parts when they fly – with larger components travelling via cargo aircraft, and collected from local airports. It’s not unusual to get supplies arriving at the track several times a day. 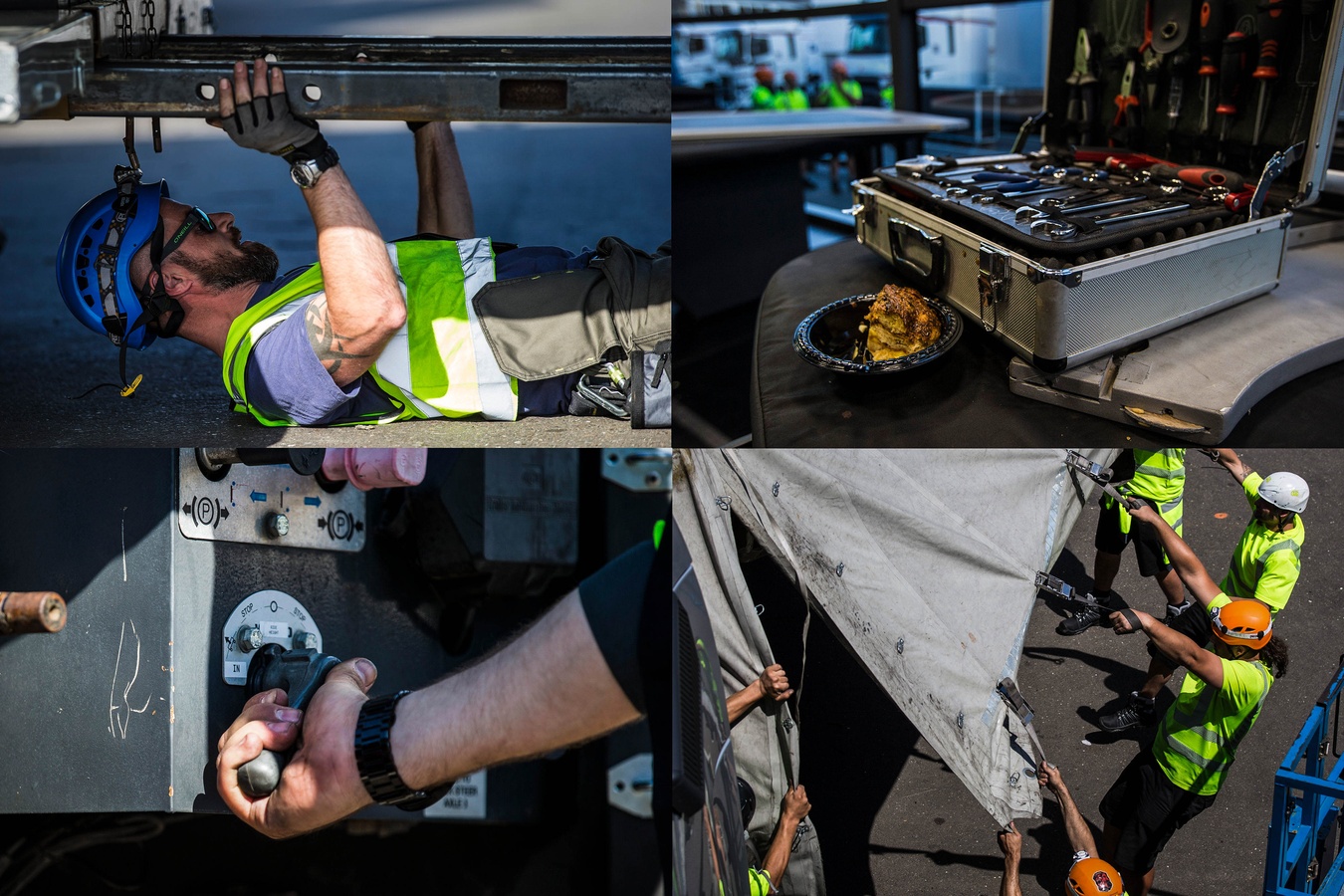 There’s a comprehensive schedule in place to ensure exactly which teams and trucks enter the paddock at the right time. The motorhome trucks are the first to gain entry – then, once the heavy lifting and craning of parts has been completed, the paddock space begins to open up and the race trucks can enter the paddock.

The race trucks arrive at the track in a specific order: the two pop-up trucks are the first to leave the factory, usually around 10 days before the race weekend. The race support transporter arrives later the same day. The final truck to arrive is the transporter carrying the two race cars – this enables as much work as possible to be completed at the factory before departure. It usually departs on the Monday of race week. 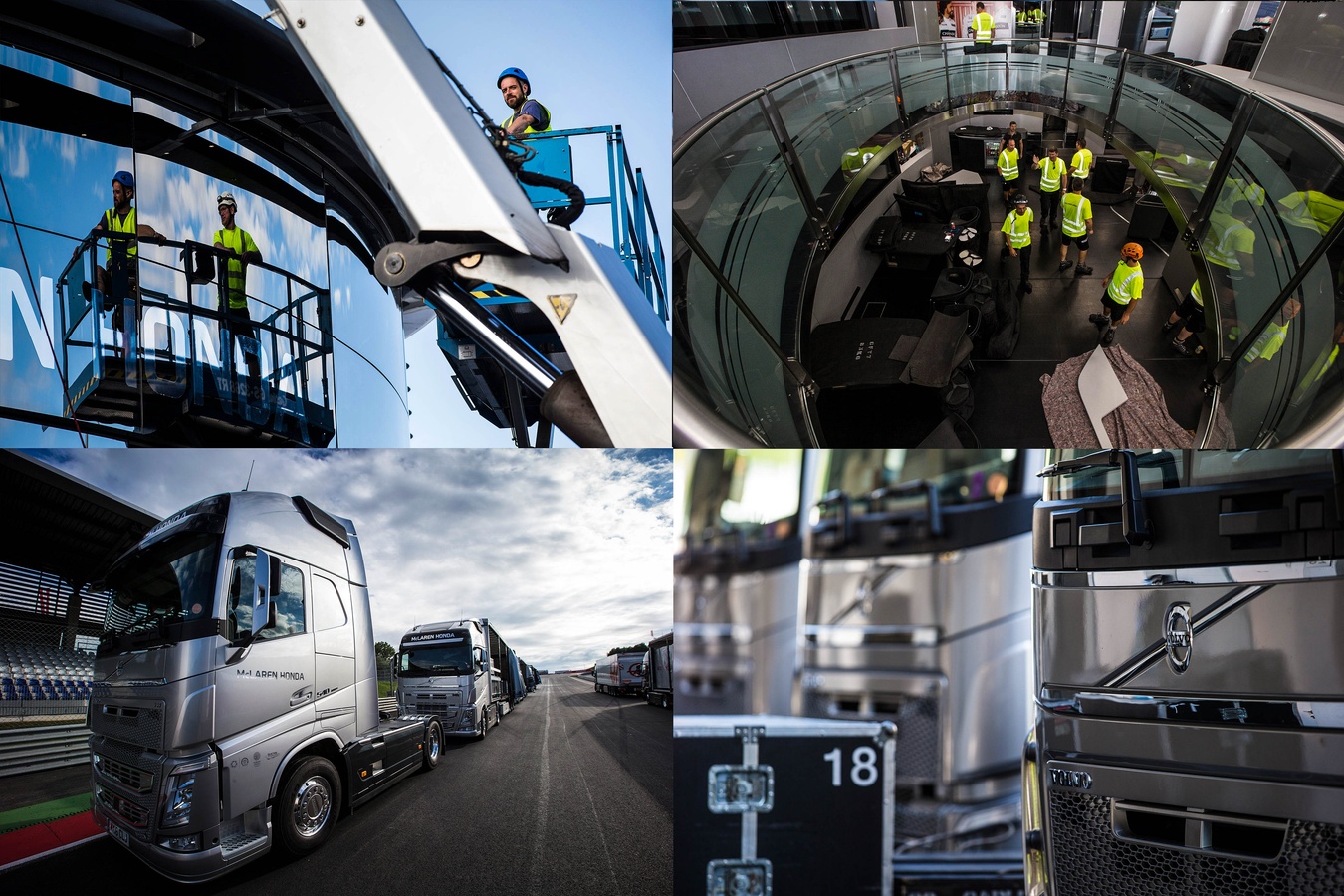 The Brand Centre rigging crew consists of 19 people, who generally spend around three full days building, fitting and assembling the entire 130-ton structure and internal fittings and furniture – all 20 tons of it!

It is built with millimetre-perfect precision: the team uses laser-levels to ensure the floors are perfectly flat. Once finished, it then requires two full days of cleaning – inside and out. That’s a pretty big job, the unit is 750sqm across all three floors.

Once it’s complete, the race, marketing and hospitality teams roll in, and the whole thing starts all over again…