The Formula 1 world moves fast. Faster than ever, in fact, given this year’s new regulations, which have been designed to increase speeds and enhance the excitement on the racetrack.

But, away from the circuit, the world of manufacturing and development in F1 also moves faster than ever.

With the support of our partner Stratasys, we are able to deploy 3D printing solutions to rapidly produce final 3D-printed race-ready parts for the MCL32. Now, we’re even able to use 3D printing at the racetrack itself to produce parts and tooling for immediate evaluation during races, practice sessions and tests.

The clear ambition is to introduce new car developments at a faster, more regular rate by shifting gear from idea to component in a much shorter timeframe.

Some of the 3D printed parts designed to improve performance which have been applied to the 2017 race car include: 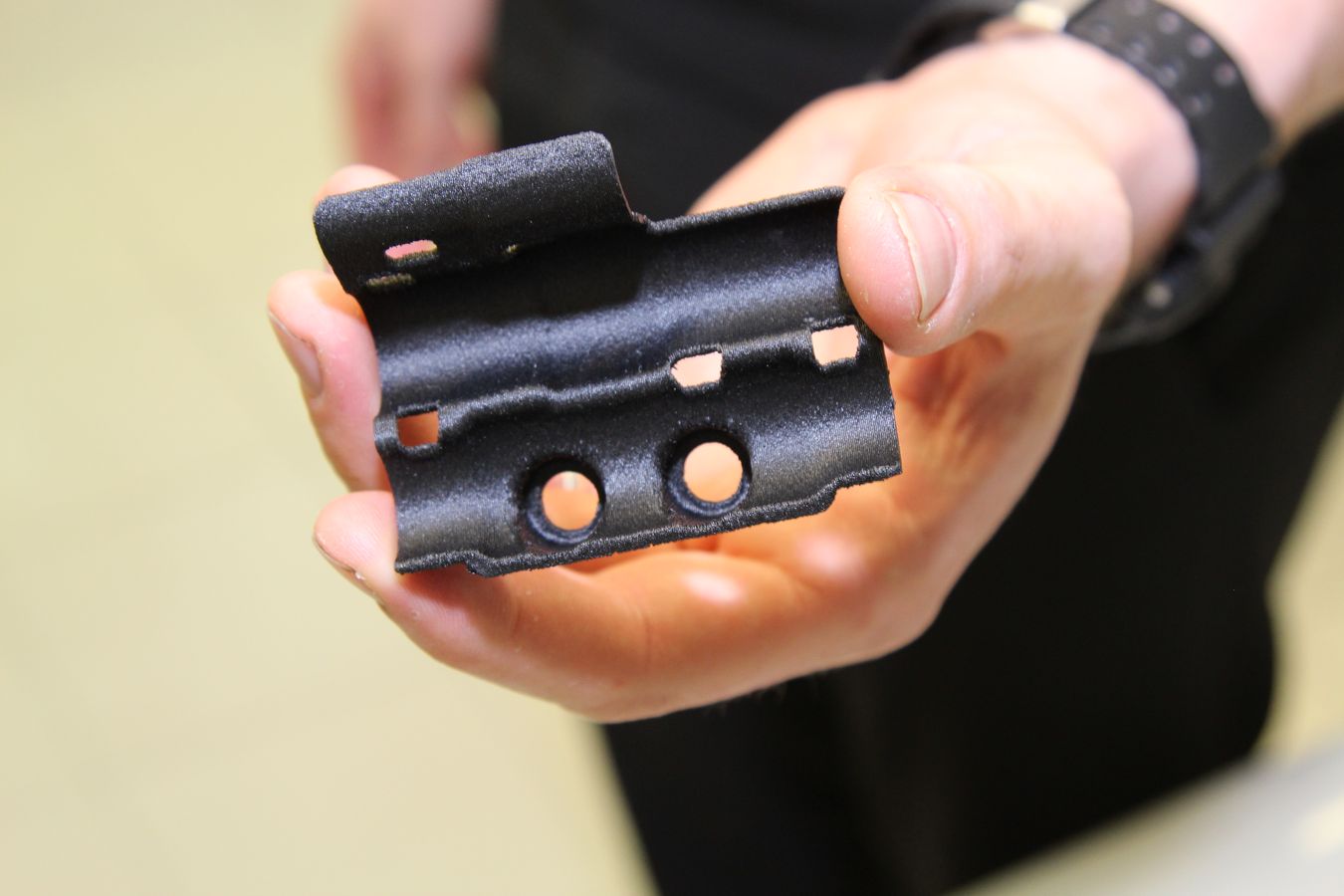 A new two-way communication and data system was recently added to the MCL32 race car but the cable proved distracting to the driver. Taking advantage of the Stratasys J750 3D Printer’s ability to print in flexible materials, we designed and 3D-printed a rubber-like boot to join the harness wires for the communication system. Three different designs were iterated and 3D-printed in one day and the final component was 3D-printed in just two hours, which allowed the comfortable radio harness assembly to be used in the first Grand Prix race of the 2017 season. 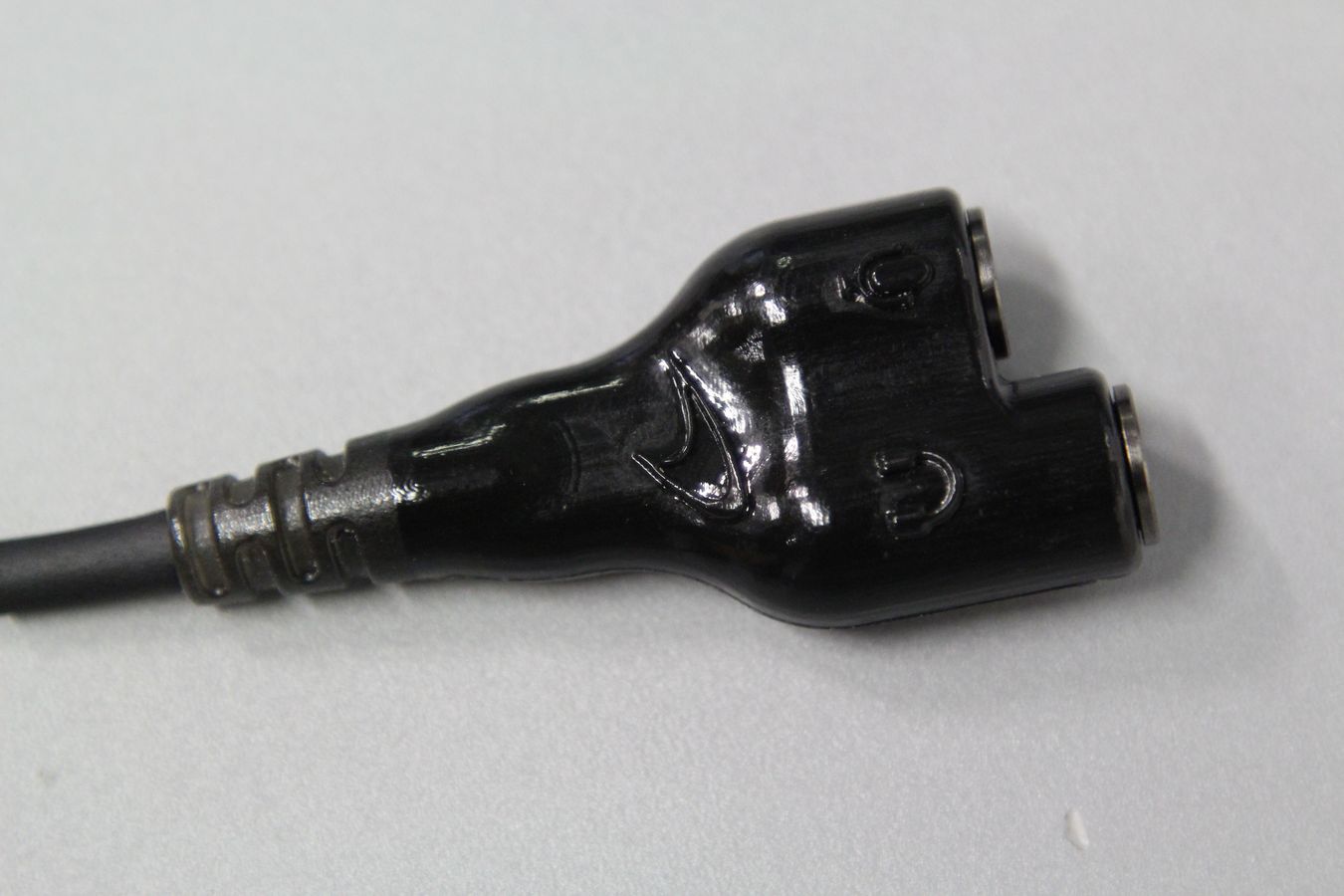 To efficiently control the brake component temperatures, we 3D-printed sacrificial tools to create hollow composite brake-cooling ducts. These wash-out cores were 3D-printed using ST-130 soluble material, developed specifically for the application, and then wrapped with carbon-fibre-reinforced composite material and autoclave-cured at elevated temperatures. The final result is a tubular structure with very smooth internal surface finishes to ensure the required airflow 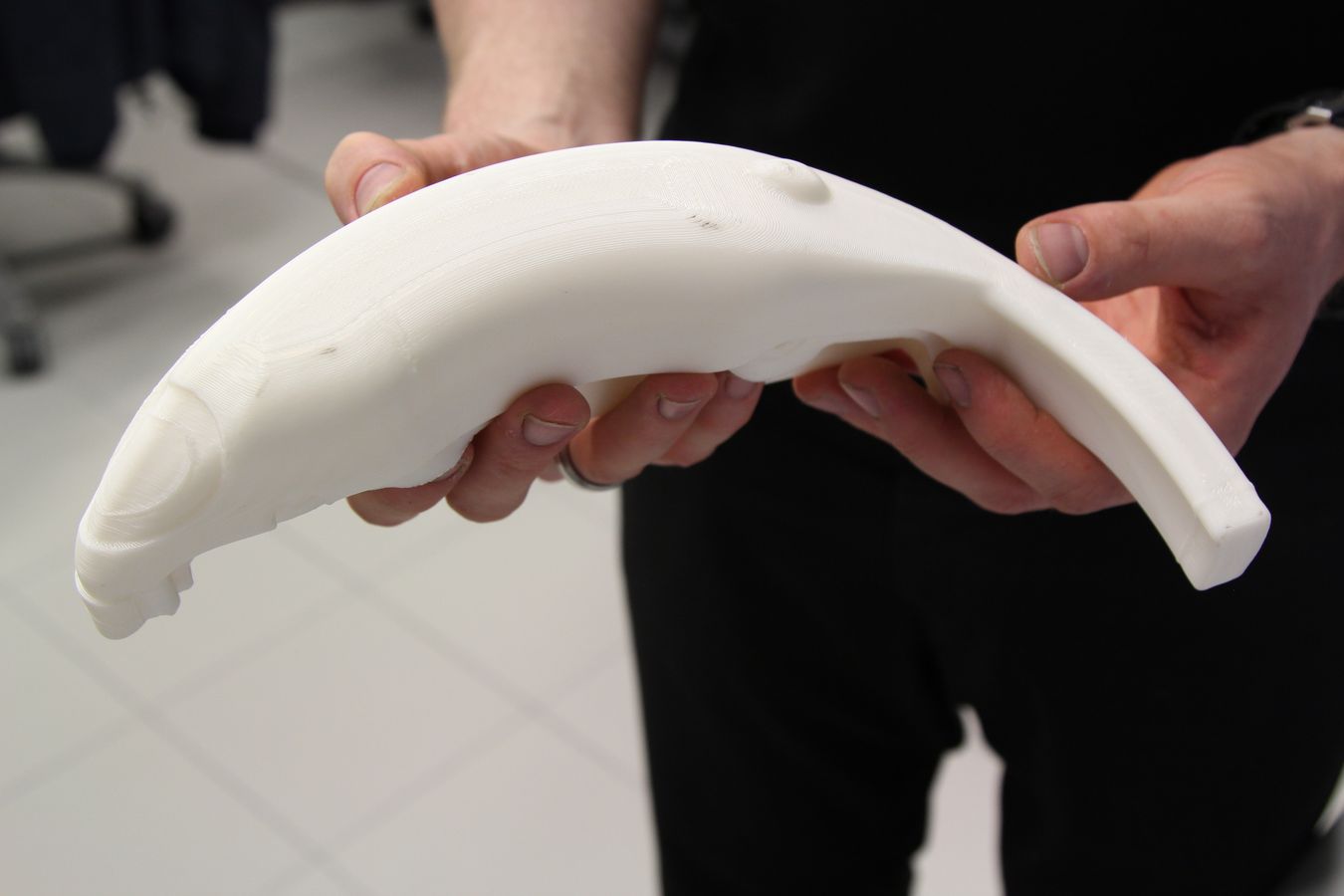 “We are consistently modifying and improving our Formula 1 car designs," said Neil Oatley, Design and Development Director, McLaren Racing. "So the ability to test new designs quickly is critical to making the car lighter and, more importantly, increasing the number of tangible iterations in improved car performance.

"If we can bring new developments to the car one race earlier – going from new idea to new part in only a few days – this will be a key factor in making the MCL32 more competitive. By expanding the use of Stratasys 3D printing in our manufacturing processes, including producing final car components, composite lay-up and sacrificial tools, cutting jigs, and more, we are decreasing our lead times while increasing part complexity.”

To further accelerate design and manufacturing cycles, McLaren-Honda will be bringing a Stratasys uPrint SE Plus to track testing and races, enabling the team to produce parts and tooling on demand.

"Formula 1 is one of the world’s best proving grounds for our additive manufacturing solutions," said Andy Middleton, President, Stratasys EMEA. "As the Official Supplier of 3D-Printing Solutions to the McLaren-Honda Formula 1 team, we are working closely together to solve their engineering challenges in the workshop, in the wind-tunnel, and on the track. We believe that this, in turn, will enable us to develop new materials and applications that bring new efficiencies and capabilities to McLaren Racing and other automotive designers and manufacturers.”

How to make an F1 car