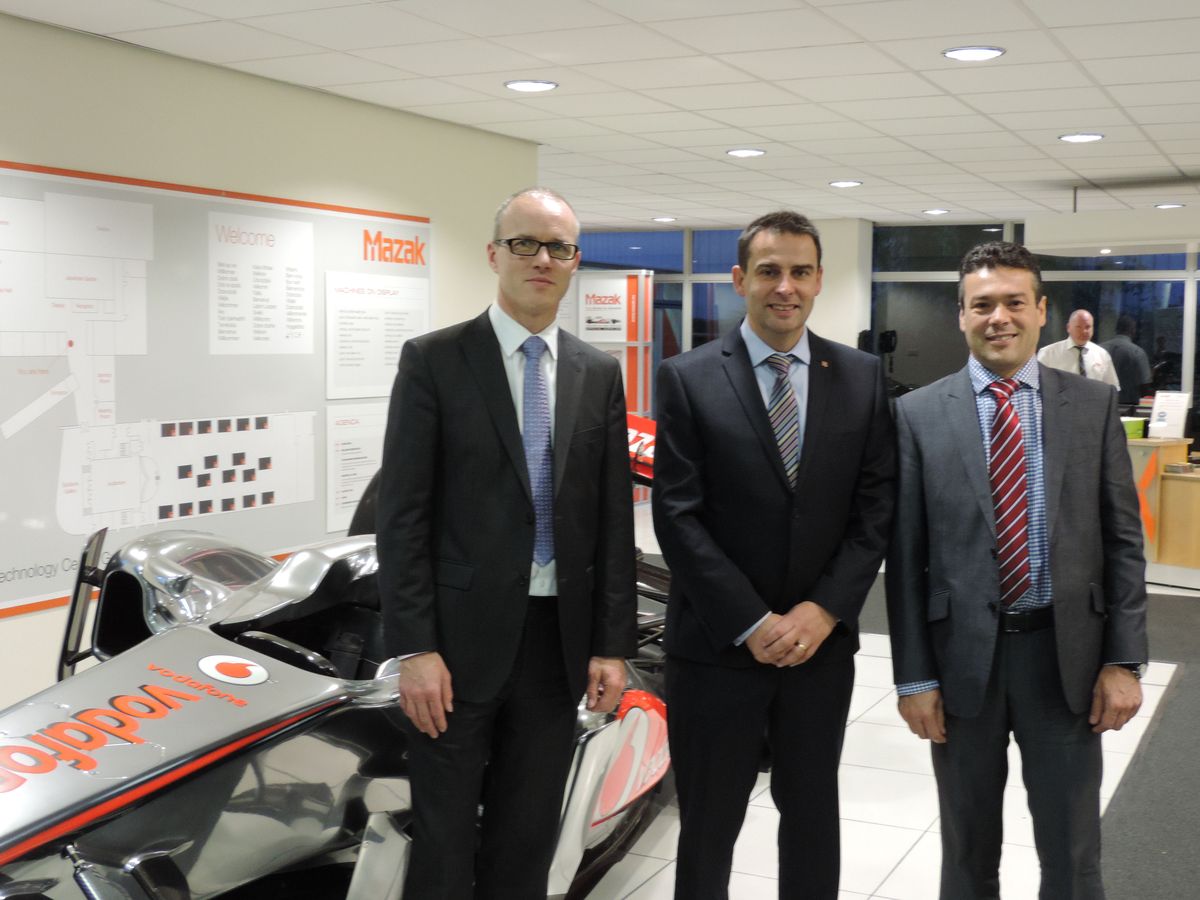 McLaren Mercedes has further extended its contract with Yamazaki Mazak.

The agreement ensures that Mazak continues in its role as the sole Official Supplier of CNC machine tools to the McLaren Mercedes Formula One team.

Mazak has supplied the team since 1999 and currently has a total of 25 machines installed at the McLaren Technology Centre in Surrey, including multi-tasking and multi-axis machines from the INTEGREX and VARIAXIS series. This latest contract extension will see a number of additional new machines installed as the team continues its drive to increase performance and productivity in manufacturing operations.

Since starting the partnership with Mazak in 1999, the team has won two world championships, 62 grand prix and accumulated a total of 2,619 championship points and Mazak machines have proven invaluable in contributing to this success. From the immense cutting power of the VORTEX 815/120 to the ultra-high feed rates of two HYPER VARIAXIS 630, McLaren’s Mazak machines are reducing cycle times, increasing tool life and improving the quality of finished parts to enable the team to make even thinner and lighter components.

Jonathan Neale, Managing Director of McLaren Racing commented: "Our partnership with Mazak is founded upon the outstanding production capabilities of Mazak machines and the close relationship that comes from working with a trusted supplier over many years. Mazak machines have enabled us to bring the production of many components back in-house, which has shortened lead times and improved component quality."

He continued: "Some 3,000 different components are machined in-house for transmission, suspension and aerodynamic assemblies, among other parts. On average a design change to a component comes to the machine shop every 20 minutes. Time is a critical element for us, so it’s vital that we have high performance machines and high availability every day of the week. Our partnership with Mazak gives us access to the entire range of machine tools with a common point of contact and excellent support. Our partnership has been a key contributor to the success of McLaren Mercedes and we are very pleased to extend the relationship for a further three years."

Marcus Burton, Group Managing Director Europe for Yamazaki Mazak, commented: "McLaren Mercedes is operating in an extremely demanding environment, requiring a combination of speed, precision and efficiency from its CNC machine tools. As a result, we have developed a very close working relationship, particularly between our respective engineering teams. I speak for everyone at Yamazaki Mazak when I say it is a great honour to work closely with the team and its engineers and I am delighted the contract has been extended for a further three years."