Whenever I tell people that in a former life I used to go by the name of @TheFifthDriver, I usually get one of two responses.

The first is blank indifference – that shrug of the shoulders you get from those people who simply don’t get F1 (yes, they do exist). An old friend still delights in telling me: “If I wanted to watch cars driving fast, I’d just go and stand next to a motorway…”

The second is a wide-eyed grin of recognition at meeting a kindred spirit, and it’s usually followed up immediately by the question: “So, do you go to all the races?”

When you work in Formula 1 (and, yes, I do have a real job!), you tend not to think too much about the extraordinary life we spend on the road. More often than not, it’s regarded as a necessary combination of airport/hire car/hotel/circuit/airport ordinariness, with the occasional unexpected day off to explore a little further afield.

But when you actually pause for reflection, and consider the sheer scope and scale of the journey we take, well, it’s quite an incredible thing. A year in F1 is full of extreme highs, desperate lows, lots of average bits inbetween, and a suitcase full of fantastic memories.

If you’ve never considered what the highs and lows of life on the F1 road is really like, get a taster by reading the following:

We all initially laughed it off when, at the 2010 Chinese Grand Prix, people started whispering that we’d all struggle to easily make it back home due to a huge volcanic cloud of ash – courtesy of Iceland’s Eyjafjallajökull volcano – clogging up most of Europe’s airspace.

By Sunday morning, panic had well and truly gripped the paddock, and everyone was scrambling for alternative routes back to Europe. I eventually arrived back a week later – after a day-long wait at Shanghai’s Pudong Airport and a transit via Tokyo. A colleague took even longer, with one of the most inventive routes imaginable: Shanghai-Tokyo-Vancouver-New York-Paris-London!

Still, there are far worse places to unexpectedly spend a week. And the Blitz Spirit that descended upon friends and colleagues as our number steadily depleted as we found passage home was unique and, ya know, genuinely heartening…

There’s just something about dragging your hot, tired, jet-lagged self from an airport taxi cab and rolling into the spacious, stylish lobby of the Melbourne Hilton. The air is ripe with anticipation, the sun is usually shining, the people are fantastic, and a flat white is literally just seconds away. 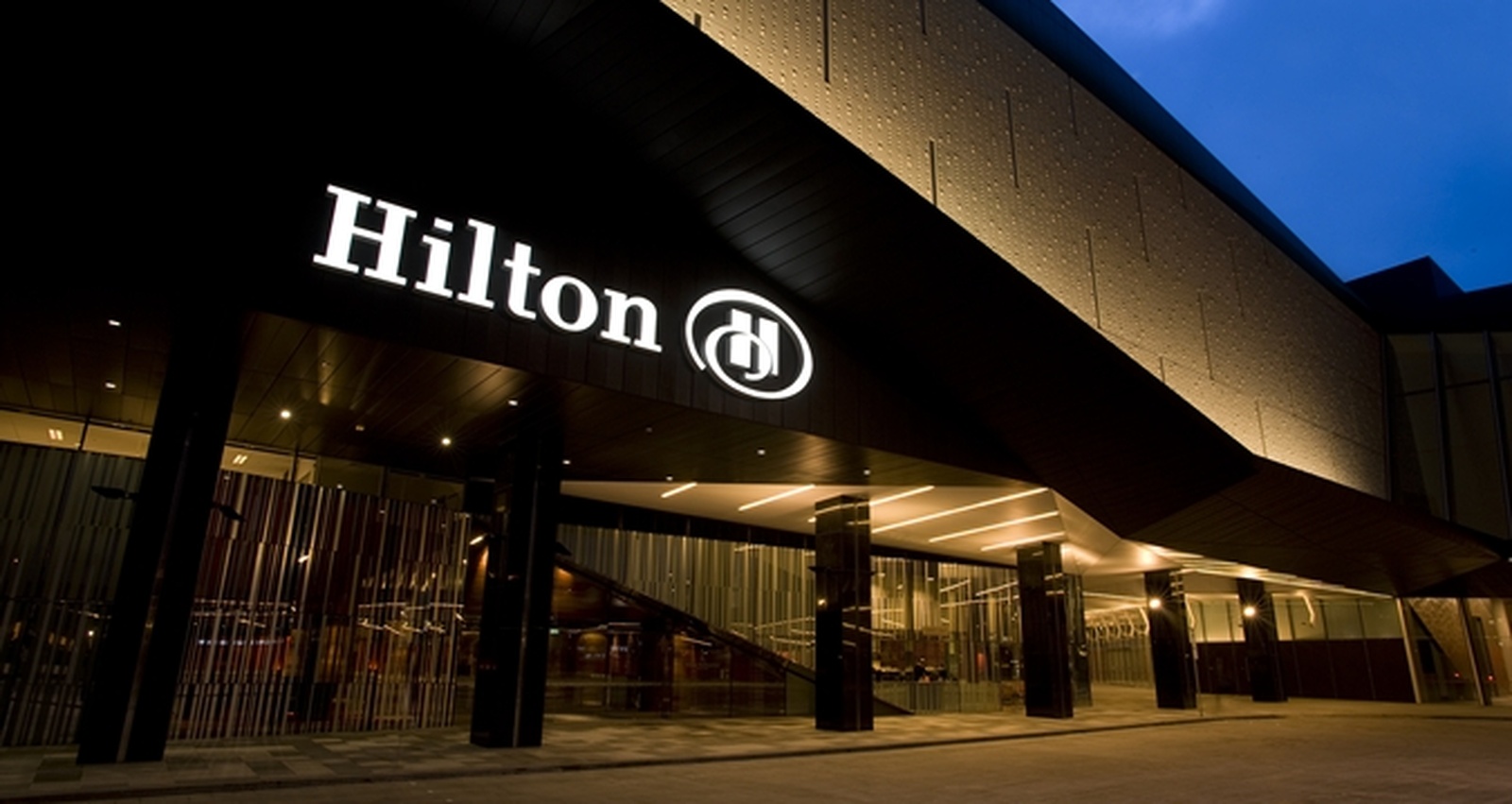 That it also has the best breakfast of any hotel we visit is another considerable plus, with the do-it-yourself juicer worthy of the price of a stay itself…

The zing of fresh Alpine air and the spectacular sight of thousands of dense, shaggy pine trees atop snow-capped mountains make the route from Graz to Spielberg a truly memorable one.

Losing your luggage is simply part of the job – it’s happened to everyone in Formula 1 at least once, and you can usually factor on it happening every few years. You usually try and mitigate against it – avoiding insanely tight transfers, or connecting via Madrid (a lost-luggage hotspot), but, eventually, you run out of luck.

I lost my luggage in Malaysia in 2014 (unpleasant), and, before that, in Singapore in 2009. I arrived on Tuesday night, my luggage went into limbo – with nobody at either end seeming to know where it was. It finally arrived on Friday night after a few unpleasantly sweaty days spent recycling the few clothes I still had…

The coolest city on the F1 calendar

A toss-up between Melbourne, Montreal and Austin – places where everyone is miles cooler than you are, dude…

The most arduous journey

On paper, getting to Suzuka doesn’t look too hard. A quick scan of the map shows it’s about as far away as Shanghai, or Singapore, and just a bit further than Sao Paulo. But the actual journey is incredibly long-winded.

There’s no easy airport – Tokyo’s Narita is conveniently direct from Europe, but extremely far away. Nagoya is the closest, but usually requires a change of plane at Tokyo or Hong Kong. Osaka is an option too, but the cross-country train journey takes hours. 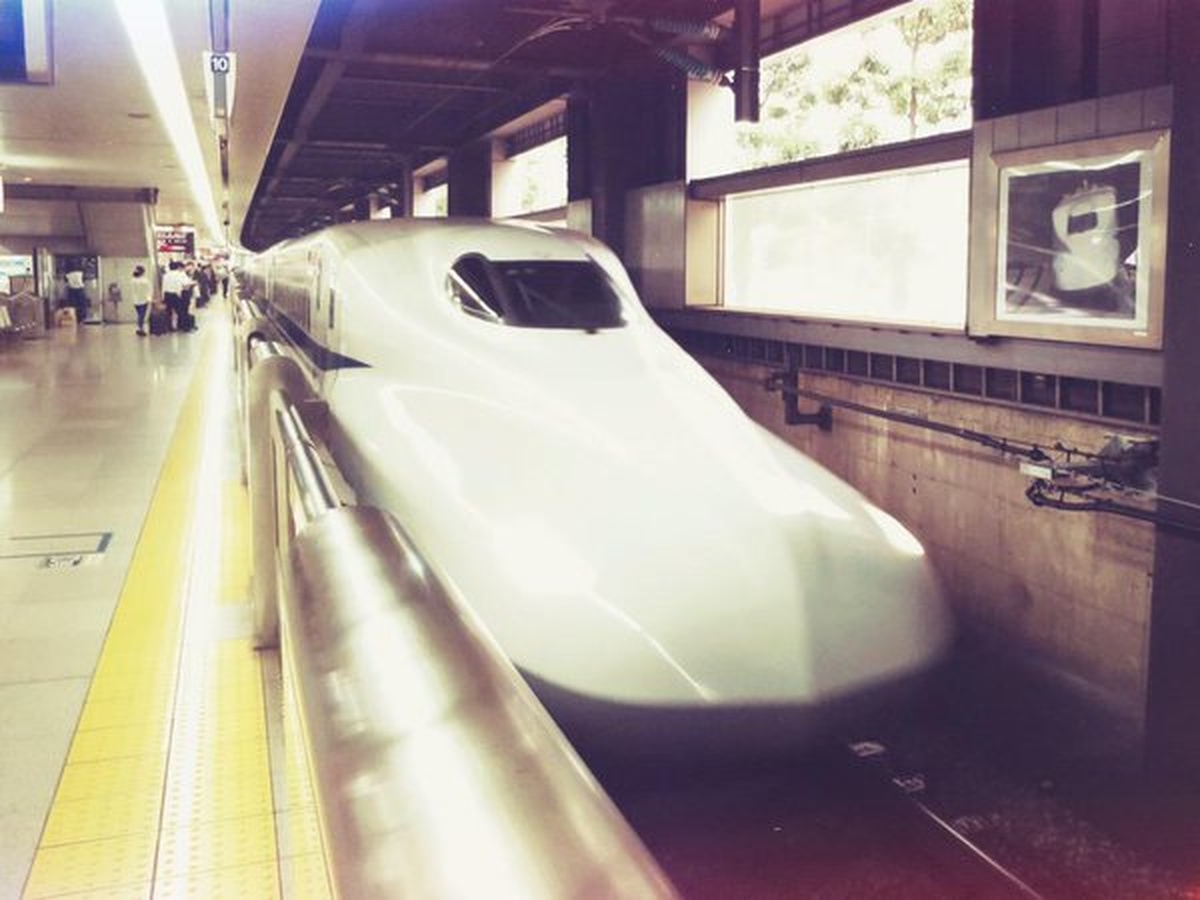 After years of effort, we’ve whittled it down to the following: London Heathrow to Hong Kong, where we have a quick bite to eat; then on to Narita, where we usually overnight at the stunning Tokyo Conrad to fit in meetings with our Honda counterparts at their mind-blowing Aoyama headquarters. The following morning, we dive for the Shinkansen bullet-train to Nagoya, which quietly and serenely whizzes past Mount Fuji, before taking a more sedate Kintetsu train to a small local town like Shiroko or Tsu. From there, it’s a 20-minute car journey into the circuit.

Still, it’s all worth it: Suzuka, for my money, is the most breathtaking and exhilarating circuit in the world.

That said, any homeward F1 charter flight would run that journey close for levels of length and tedium. The plane usually touches down around midnight, after which we shuffle through customs for an hour; there’s then often another 30-50-minute wait for the luggage carousel before an hour’s coach ride back to MTC. From there, it’s a 40-minute drive home.

When you finally get to bed at 4am, you’re feeling pretty defeated… 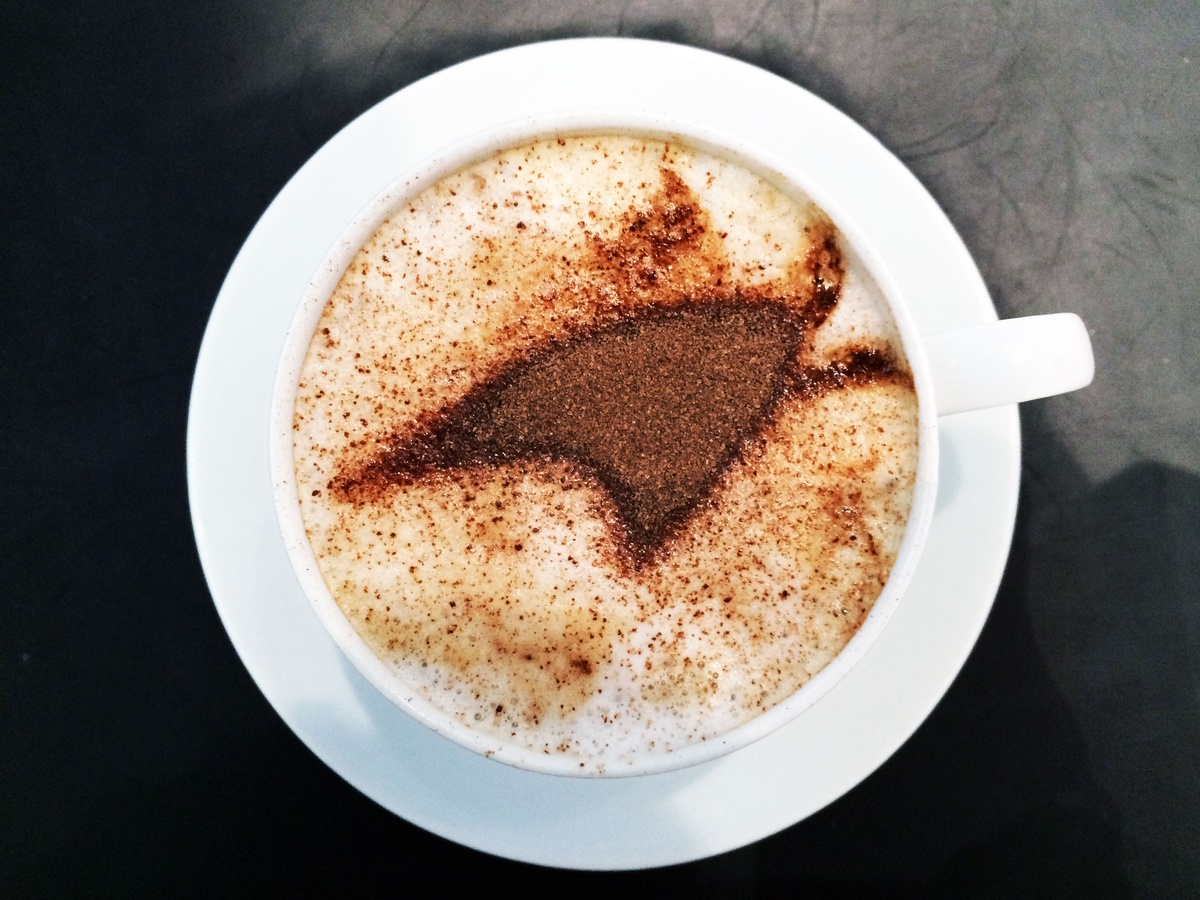 There’s little room for debate: Melbourne is far-and-away the most significant coffee hotspot on the Formula 1 calendar, with a real love and affection for the ol’ black gold. Dukes Coffee Roasters is a particular downtown favourite – but, honestly, you’re spoilt for choice.

Austin runs Melbourne a close second, with plenty of uber-cool, hipster-run joints worthy of your attention (Flat Track Coffee on Cesar Chavez and Wright Bros Brew & Brew on 5th are both cool, while Caffe Medici on Congress is super-laidback and relaxed).

Oh, and – of course! – the cups of fine Segafredo espresso that we serve at the MTC’s Juice Bar!

The circuit we miss most

Despite its tragic past, you’ll probably find more paddock folks pining for a return to Imola than almost anywhere else. Absence may make the heart grow fonder, but it feels more like we judged the circuit on its weaknesses (tight, scrappy paddock and too many Mickey Mouse chicanes) than its strengths (the blind entry to Piratella is a true ‘big balls’ moment, and Rivazza is one of the greatest technical corners in F1). That’s a real pity because it’s a fantastic place.

The cold spring mornings in Riolo Terme, driving up out of the valley of olive groves towards the circuit; the long warm evenings spent eating freshly cooked pizza and drinking red wine in jam-packed local restaurants; the white strands of blossom blowing on the morning breeze – all made Imola arguably the most evocative place on the entire calendar.

The journey that’s most fun

Driving off the ramp of the Eurostar onto European soil and beginning the three-hour motorway blast to Spa-Francorchamps is always an old-school joy. Contrastingly, the journey back – when you roll exhaustedly from the train and back onto British soil – is the exact opposite: a joyless, pitch-black, late-night slog back home, robbed of adrenaline when you need it most. 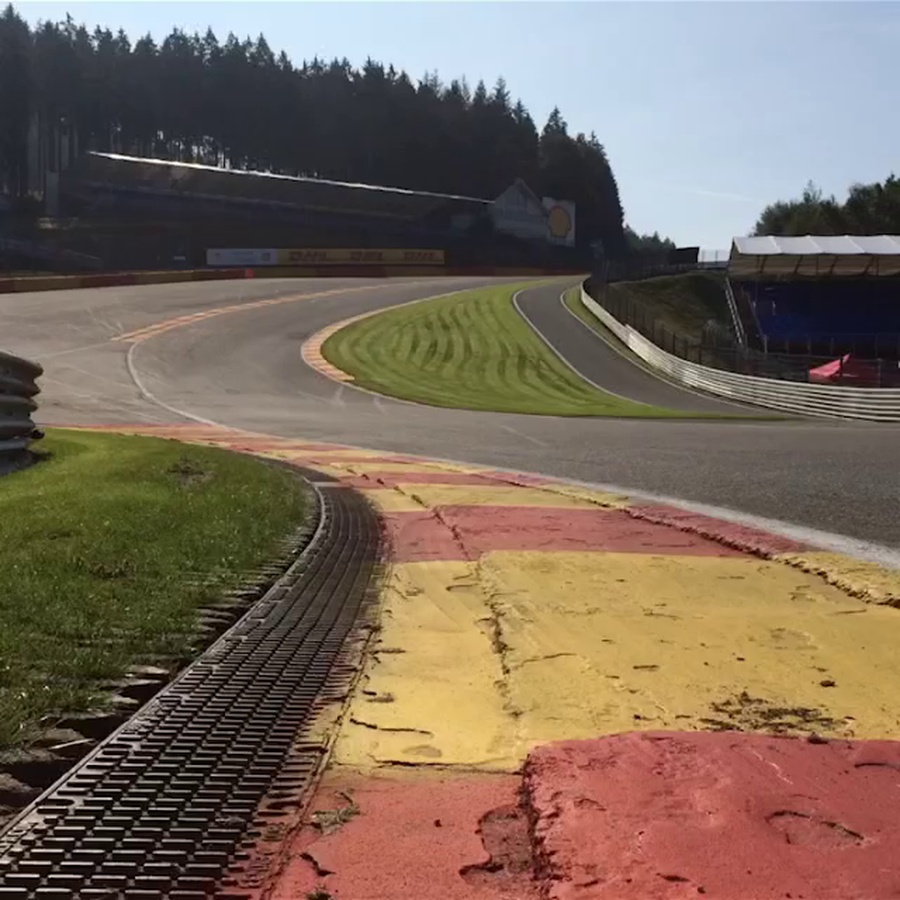 The oddest location for a race

If you’ve never been to the Korean Grand Prix, you’ve probably not truly realised how remote the little port town of Mokpo is. It’s a five-hour coach ride from capital Seoul – and, as the heart of the country’s shipbuilding industry, a truly odd locale for an international sporting event.

I still vividly recall getting the F1 charter from Suzuka to Mokpo, and finding myself in the city on the Monday morning ahead of the race. What a strange and uneventful week that was.

We once accidentally left former technical director Paddy Lowe at the roadside during an overnight coach ride back to the airport, taking about 10 minutes to twig that his seat was unoccupied. History suggests that we found him!

We once accidentally stumbled across a shortcut from our hotel (a countryside hiking lodge in deepest rural Shizuoka Prefecture) to Fuji Speedway one year – the most incredible, sinuous mountain road. We later found out it was a legendary Japanese drifting locale. Unexpected, and fantastic.

Oh, and a quick rip around the old roads that made up of the original Spa. But I guess that’s cheating, as – technically – it was a racetrack…

It’s hard to judge. But, as a Brit, Heathrow’s Terminal 5 is about as good a place to start a journey as any. A terminal that does everything well. The worst? Sad but true, any terminal on a Sunday evening when you’ve had a bad result. Oh, and the old Guarulhos in Sao Paulo, which felt like they’d fashioned a departure lounge from an old 1970s’ concrete car park. 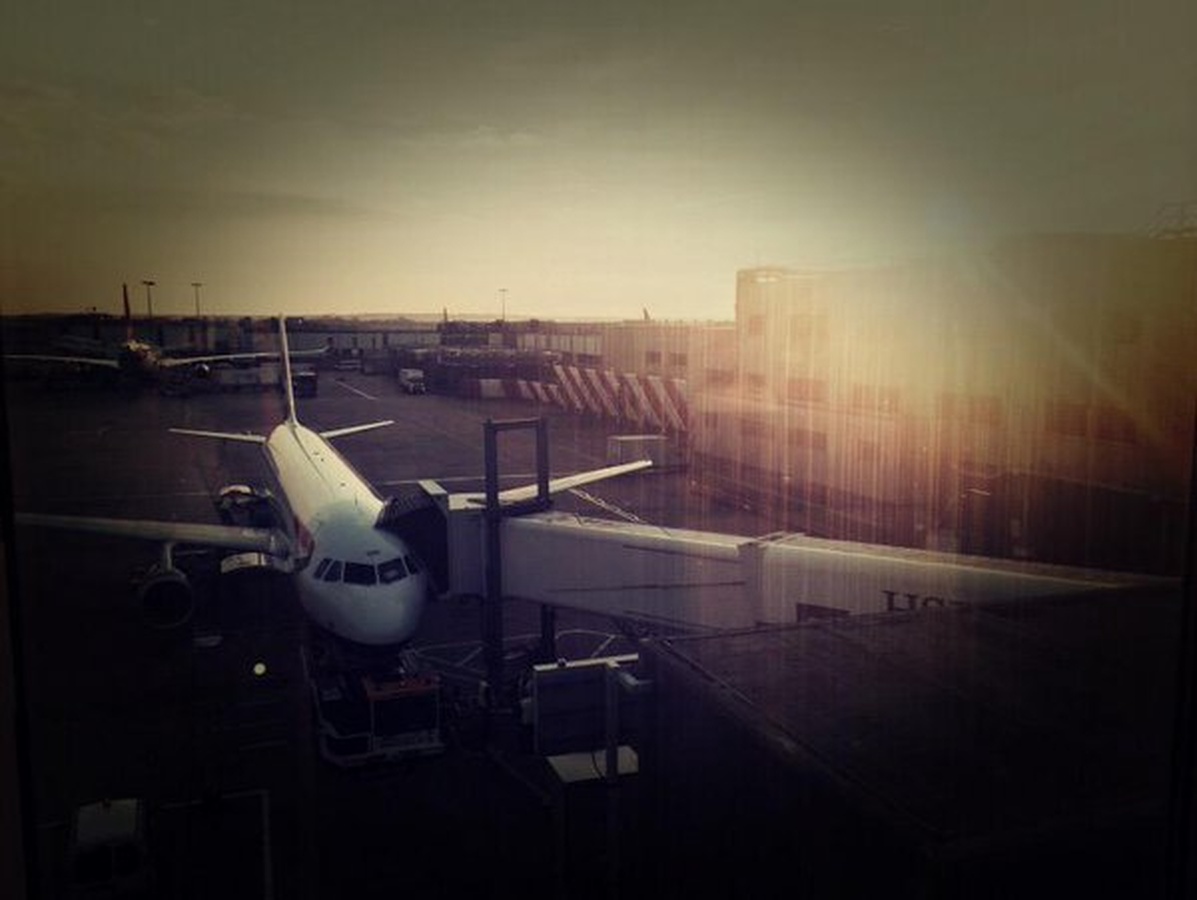 We go to some pretty incredible places – some man-made, some natural: the Monte-Carlo harbour, the Ardennes forest, the Singapore skyline, the Bahraini desert, the foothills of Mount Fuji.

But there’s nowhere that better encapsulates the towering levels of ambition, madness and beauty that is modern Formula 1 than an evening at Yas Marina.

As the desert skies turn purple and the lamps flood the circuit with their luminous grey hue, the music in the harbour ramps up and the whole place rocks to a singular vibe. It’s a quite incredible place to be, and also a strangely comforting reminder that, despite it all, Formula 1 really is a wonderful thing, and will never cease from being so. 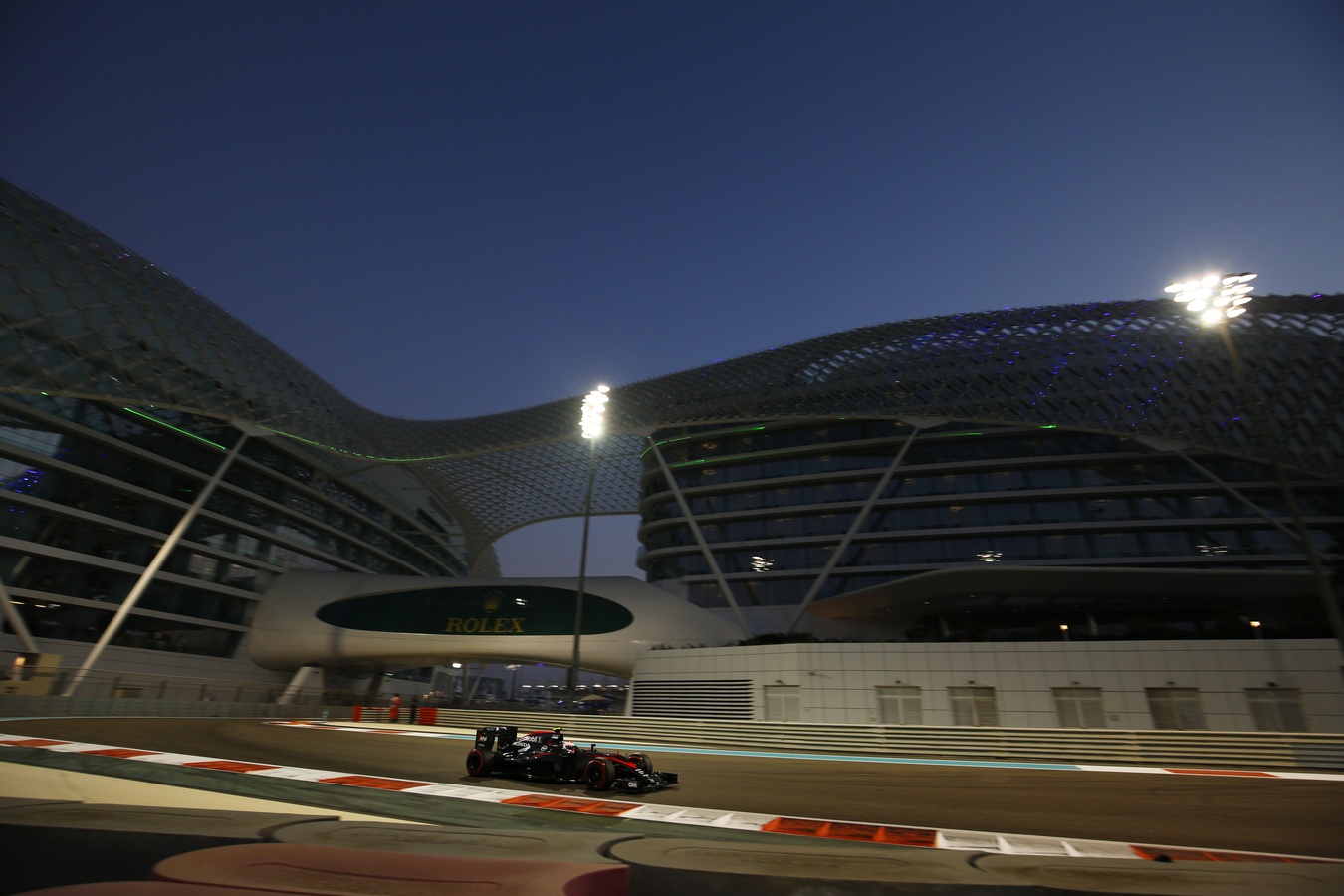