There really is no such thing as a typical Formula 1 circuit. One of the great challenges of the FIA Formula 1 World Championship is that every week the test is different, with circuit configuration and ambient conditions creating events that are always unique.

And most circuits have one particular feature that stands out: it might be the altitude of the Autódromo Hermanos Rodríguez or the high-speed corners of Silverstone. Montréal’s Circuit Gilles Villeneuve is known as the track that provides the most testing workout for an F1 car’s brakes. So, with a little help from McLaren chief race engineer Hiroshi Imai, here’s 11 things about the braking system on a Formula 1 car that perhaps you didn’t know. 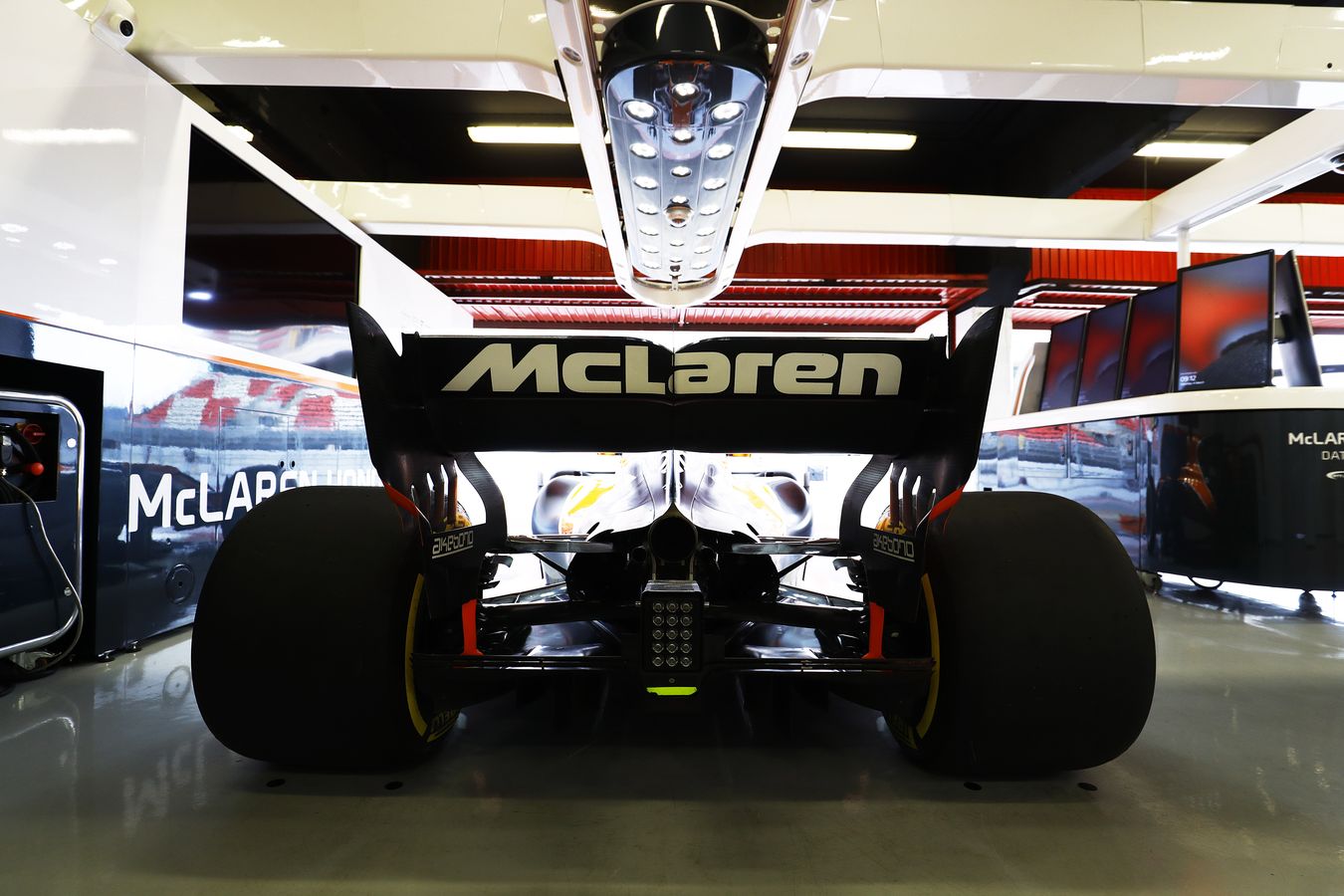 The Canadian Grand Prix is tough on the brakes because the heavy stops never stop coming.

Problem: The Circuit Gilles Villeneuve is a ‘stop-go’ track: a collection of chicanes and tight turns linked by straights. Significantly, and with the exception of the back straight, these are too short to let the brakes cool effectively between corners, but long enough to allow cars to reach 300km/h speeds before hitting the next heavy braking zone. If unchecked, brakes will get hotter and hotter and hotter until they cease to function efficiently.

Solution: Teams will increase airflow to the brakes in an effort to keep temperatures under control.

It isn’t just high speeds and big stops that can work a braking system hard, however, as Imai-san explains. “Before Montreal we race in Monaco, which is a very low-speed circuit – but that’s not an easy circuit for the brakes either. While the brake pressures in Monaco are not high, there is near-constant light-pressure braking and, because the circuit is low-speed, there is no opportunity for cooling. Add in the fact that cars are usually in traffic around Monaco and airflow is disrupted, it can be very difficult to keep the brakes cool, so temperatures continue to creep up. Different situation to Montreal – but with a similar result.”

When we talk about brake temperatures, we’re usually talking about the friction surfaces on the discs and pads – but callipers take a take a fearful pounding as well. McLaren technology partner Akebono will make around 10 sets of calliper for McLaren this year. They’re inspected and rebuilt after every race, the lightweight aluminium units having survived high temperatures and front brake torque inputs now far above 3000Nm.

In the modern era, the preferred method of brake temperature control is not to have a range of ducts but rather to alter the internals of how the standard ducts work according to the demands of the circuit. There is, however, a cost in performance that comes with increased cooling, as Hiroshi-san explains:

The reason road cars don’t combine carbon disks and carbon pads is that these require high temperatures before they start to work – which isn’t conducive to a suburban supermarket run in the depths of winter. A rough estimate [it changes according to the type of material being used] is that the carbon-carbon brakes on a Formula 1 car don’t begin to bite until they reach temperatures of 200°C~300°C. The disks reach peak temperatures during braking of 700°C~900°C, with temperatures of 1000°C not unknown. They do, however, cool very quickly and the average temperature of the brakes on an F1 car is around 500°C. At temperatures above 700°C the brakes experience thermal oxidisation which accelerates wear. Managing these thermal peaks is the key to controlling wear.

4. Brake fade and the long pedal

The disks and pads obviously wear down during a race, and as they get thinner the driver needs to push the pedal further – the so called ‘long pedal’. Also, heat builds cumulatively, so when the system gets too hot, friction between the disks and the pads begins to reduce – ‘brake fade’. On the other hand, the car gets lighter as the fuel-load burns off, so the loading on the brake system reduces. The two forces counteract each other – but rarely at an equal rate. 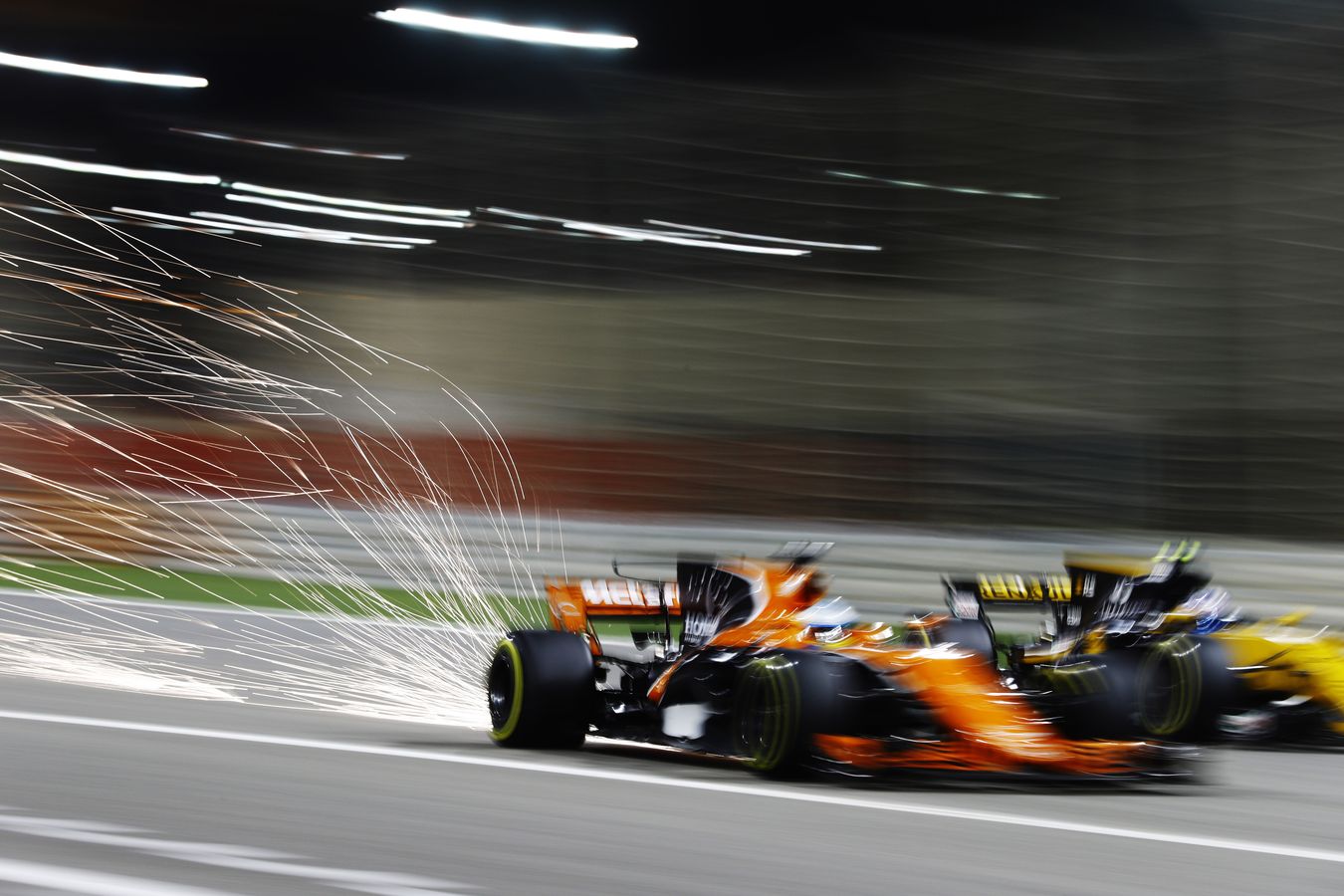 Hiroshi-san explains: “Glazing occurs when you have low temperatures in the braking system and use very light brake pressure. Rather than creating friction, the pads simply polish the surface of the disk. Glazing is most likely in wet conditions where temperatures are typically low and the driver is unwilling to brake hard because the grip is minimal. After that, it’s a vicious circle: once the disk glazes, the brakes lose efficiency, the driver goes slower, which creates the perfect conditions for further glazing…”

While Montreal is the circuit toughest on brakes, the toughest individual corner comes two weeks and one race later. The Baku City Circuit, home of the Azerbaijan Grand Prix has a peculiar quirk that makes Turn One particularly difficult, creating set-up headaches for engineers. Hiroshi-san explains: “You have a 2.2km straight in Baku [It’s not properly a straight but Turns 16-20 at the end of the lap are taken flat-out] and so the cooling effect is significant and the cars have very cold brakes into Turn One, which is a heavy braking point. You want to minimise cooling but from that point onwards the rest of the lap is very twisty and, much like Monaco, there are lots of small braking points close together. Balancing the needs of keeping heat in the brakes for Turn One and cooling the brakes on the rest of the lap is extremely challenging for the engineers.”

7. Brakes are useful for more than just stopping the car…

The tremendous heat generated by braking systems has to go somewhere – and a significant proportion of it is conducted into the aluminium wheel rims. While over the long term this will contribute to tyre degradation, at the start of a stint, and in particular for a qualifying run on a low-energy circuit, an aggressive brake warm-up strategy is an effective way of getting cold tyres into their operating range.

8. This year, disks are wider…

The wider cars and fatter tyres are an easily-recognisable change for 2017. Less obvious is a rule allowing teams to have thicker brake discs. Last year the maximum width was 28mm, this year it’s up to 32mm, ostensibly to cope with the need to stop heavier cars which are braking from higher speeds at many circuits. McLaren are using the full 32mm – but some teams have stuck with the thinner disks. They’re lighter and have the benefit of being an established technology.

Hybrid F1 cars have three systems to brake the rear axle, with braking torque generated by conventional friction brakes, engine braking and the MGU-K. The system is optimised around the MGU-K. If this isn’t harvesting energy efficiently, the load is taken up by the friction brakes – but because modern cars are not designed to make heavy use of these, they lack the cooling capacity of their predecessors and thus temperatures can become critical very quickly.

It’s extremely rare to see team-mates using different hardware – but quite common for the brake system set-up to be tailored to the individual. By adjusting the pedals and the system parameters drivers can have brakes that are more or less progressive, for example. Also, the brake system components can be adjusted slightly to dial in more or less stiffness depending on the driver’s preferences.

11. Jenson has an educated left foot…

A braking style is like a signature for a racing driver. Everyone does it different. This from Hiroshi-san: “Stoffel and Fernando are pretty similar – though both use their brakes quite differently to Jenson. Jenson does a lot of ‘modulation’ – continually adjusting the braking pressure after the initial peak braking. All drivers do it but Jenson is the most expert; the others are not up to his level. Other drivers simply push the pedal as hard as possible and don’t lift!”

How to paint an F1 car

Let McLaren’s paint shop manager guide you through the process

3D printing and the MCL32