You never know before going to watch any Grand Prix how good the race will be; run-of-the-mill or unforgettable?  Such were my thoughts as I left home early on Friday morning, hoping for a performance at Hockenheim as electric as the lightning storms illuminating my journey.

Flying on Friday morning meant missing Free Practice 1, and relying on public transport to work as planned to get us to Free Practice 2.  We arrived in Frankfurt, and experienced one of those other things that often happen at Grands Prix; we met and became friends with two other people going to the race.  Becky and Sarah had not just the normal level of excitement that going to a Grand Prix will give, but the heightened sense of attending your first ever Formula One race.  Even better, they are McLaren fans! 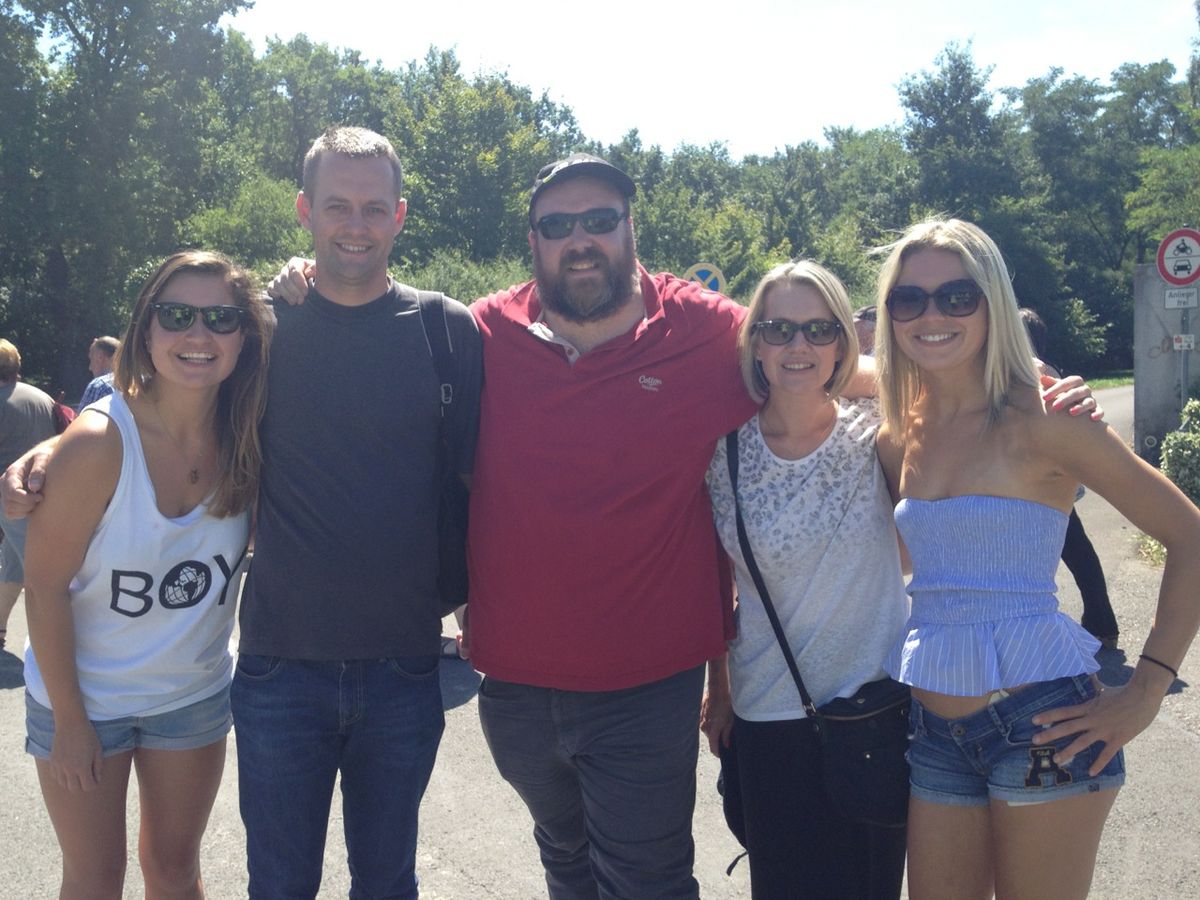 We negotiated the train system, and the excellent connecting shuttle bus service, and found ourselves in the circuit and in our seats within two and a half hours of our flight touching down. Impressive.   I am frequently asked about the logistics of going to Grands Prix overseas, and I can say that at Hockenheim, getting to and from the circuit was easy and cost effective, and there were plenty of accommodation options.  I recommend it as a circuit to visit.

We saw the end of GP2 practice, and then FP2 started.  It was a dramatic session, with Ericsson’s Caterham stranded on track with an oil issue, followed by the car of his team mate, Kobayashi, catching fire.  It was a very hot afternoon, with many of the crowd sheltering under the covered stands, avoiding the sun that raised the track temperature to the mid 50s.  Even with the hot weather, we could not resist the urge to take a walk right around the circuit.   There were great viewing positions all around, and we enjoyed the spectacle of GP2, GP3 and the Porsche Supercup competitors out on track.

Saturday saw Free Practice 3, and then qualifying, where Lewis Hamilton suffered a brake issue which resulted in a heavy crash as worried fans looked on.  Lewis was fine but the car was not, and that was the end of his qualifying.  Nico Rosberg set the pole position time.  The McLaren drivers had a mixed session, with Jenson pipped to tenth in the dying seconds of the second qualifying session, missing out on the third, in which an equally last minute lap by Kevin put him in an excellent fourth place.

We were lucky enough to have paddock passes, so after the GP2 feature race, we headed across just in time to see the three drivers preparing for the podium.  It is always exciting to feel so close to the action. 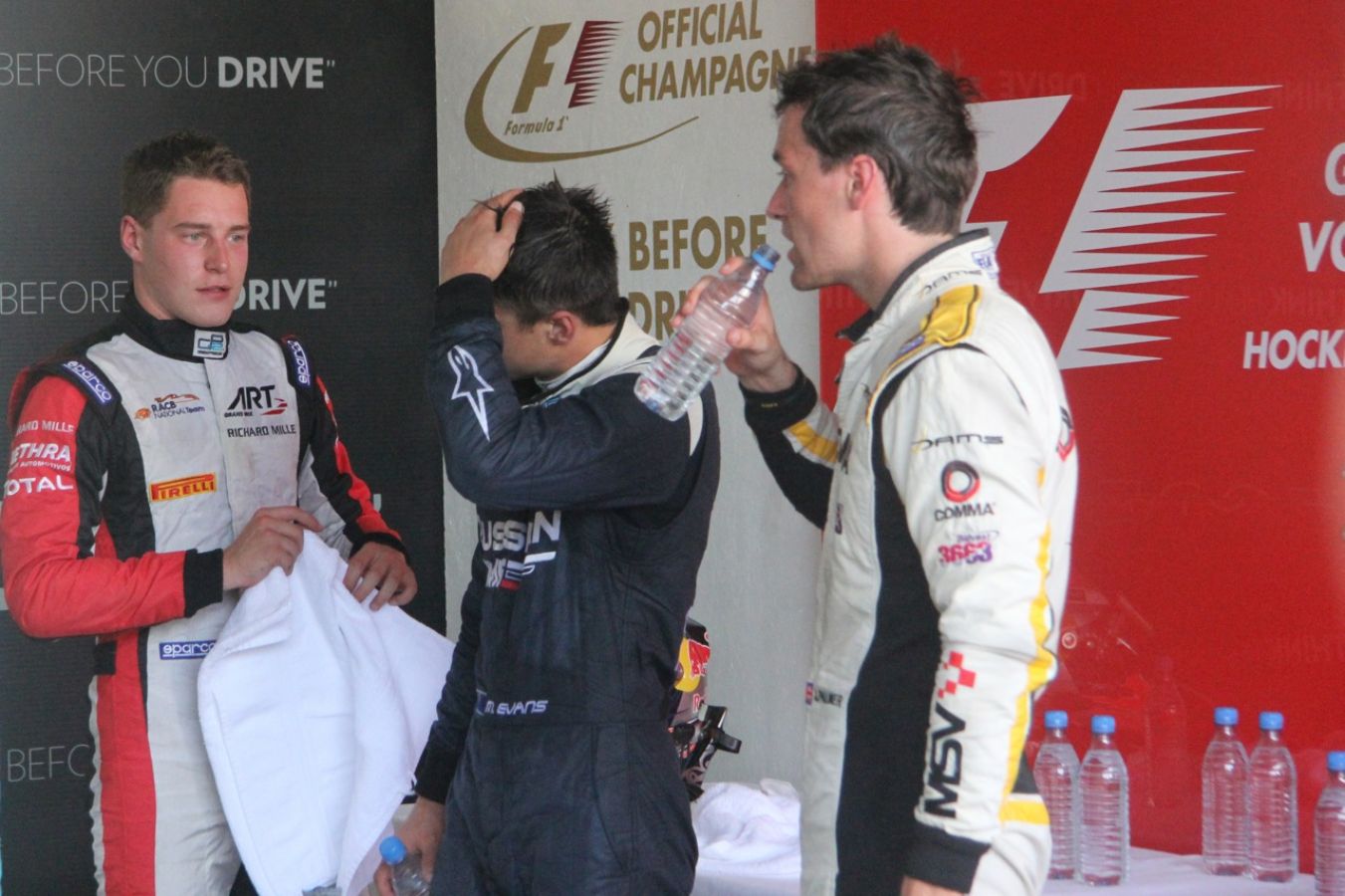 We also bumped into Giedo van der Garde and Marcus Ericsson, where we had a good chat about all sorts of things. 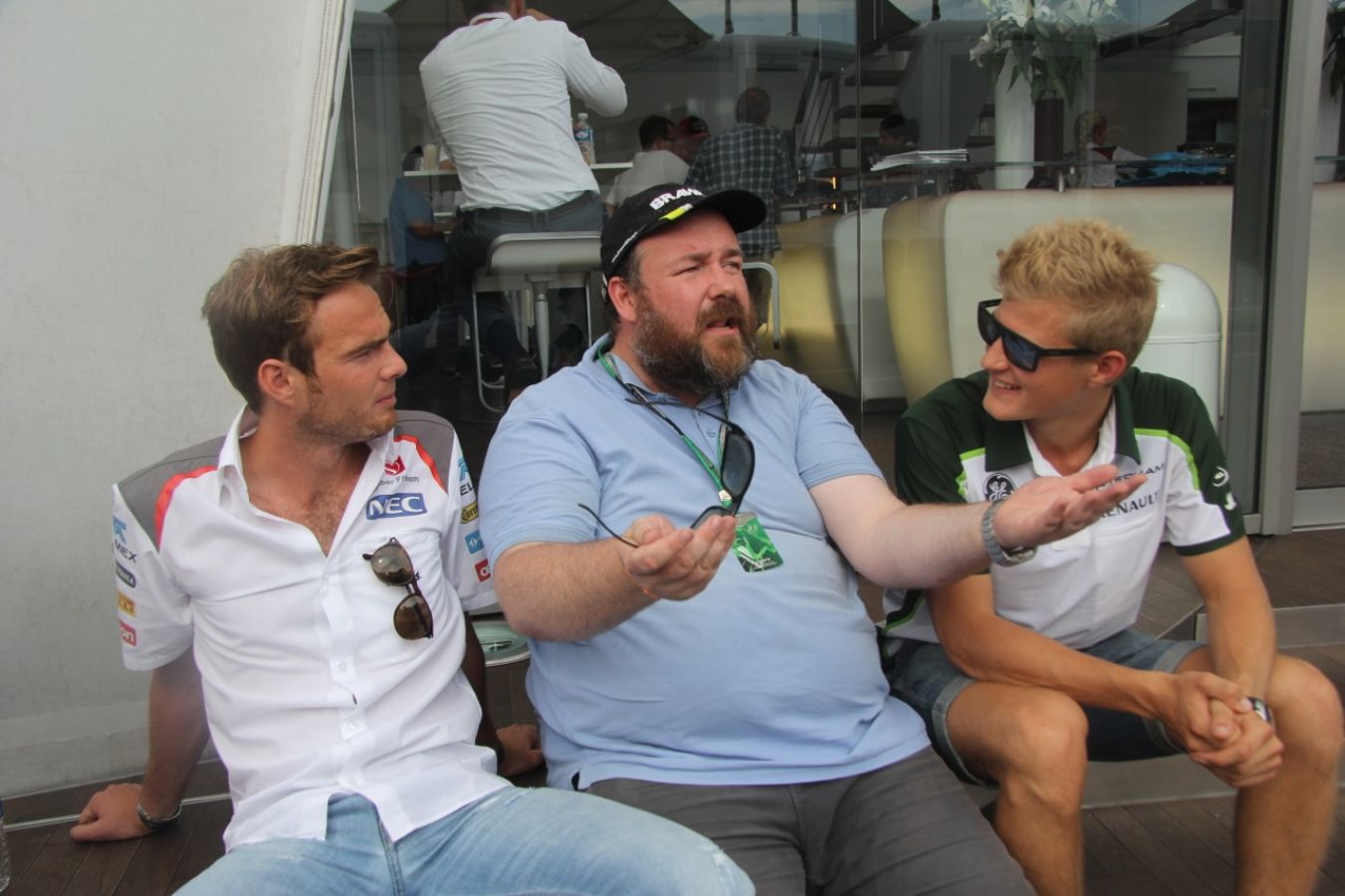 Sunday started wet for GP3, although by the time the GP2 sprint race was finishing, there was a dry line on track. The wet F1 race that had been predicted all weekend seemed increasingly unlikely.  We headed to the paddock to see the drivers come back from the drivers’ parade, and then headed onto the pit lane to experience the build-up before the race.  It probably goes without saying, but it is a truly fantastic experience to be in the middle of the action as the mechanics begin to prepare for the main event.

We headed back to our seats opposite the pit lane exit to watch the race, which was dramatic.  The first lap saw a horrifying crash for Felipe Massa, and involving Kevin Magnussen, right in front of us, with silence from the crowd until the collective sigh of relief when we knew Felipe was unhurt. The win from pole by Rosberg hides all of the overtaking that took place for the other positions, with cars three abreast on track at multiple times.  Kyvat’s Toro Rosso caught fire, and Sutil’s Sauber ended up stationary on the start / finish straight.

We ran back to the paddock and stood under the podium as the celebrations took place, then headed down the pit lane to join in the party.  When it was eventually time to leave the circuit, we said goodbye to Hockenheim, tired but happy.  As to the original question, the 2014 German Grand Prix was unforgettable.