Former McLaren employee John Nicholson, who prepared Can-Am and F1 engines for the team and played a key role in the World Championship victories of 1974 and 1976, has passed away in his native New Zealand. He was 75.

Nicholson was also a gifted driver in his own right, and he even briefly made it to F1, competing in the 1975 British GP as well as four non-championship races. Although he never raced a works McLaren, he did a lot of testing for the team, driving Can-Am, F5000, F2 and on occasion F1 machinery.

John was born into a mechanical background in 1941. His father, who was an armourer in the air force, raced powerboats in New Zealand, and in his youth John helped to prepare them. From school he went to work for an engine reconditioning business, and he undertook a four and half year engineering apprenticeship – and in his final exams he earned the top marks in the whole country.

He had a few races in his father’s boat before he began competing on four wheels, initially in karts. He then acquired a Lotus Elan, and subsequently a Lotus 27 single-seater. In 1968 he took part in the New Zealand GP, a round of the Tasman Series – and thus joined a grid that included Bruce McLaren, Denny Hulme, Jim Clark, Chris Amon, Pedro Rodriguez and Piers Courage. In an uncompetitive car he finished ninth, albeit many laps down.

He later replaced the Lotus with a year-old Brabham BT18. He then decided to head to England, with an ambition to race in F3, and after earning some cash as a mechanic in the Far East he arrived on May 9th 1969. Like many Kiwis before him, he saw McLaren as his natural home.

“I’d contacted a few friends in Britain concerning a job here and had written to Bruce McLaren,” he said in a 1974 Autosport interview. “But I’d never met him, nor knew who he was. I arrived on the Thursday, and went straight to Earls Court.

“Meanwhile my friends had talked to Phil Kerr at McLarens and on the Saturday I took the Green Line bus down to see McLaren. I went in round the back and two guys recognised me, Alan McCall and Jimmy Stone, but there was this guy with his back to me. When I asked to see Mr McLaren he turned round and said, ‘I presume you’re Mr Nicholson.’”

He’d got the job – he was given responsibility for building the team’s Can-Am Chevy V8 engines, working under the supervision of American George Bolthoff. Bruce duly won the 1969 Can-Am title with engines that Nicholson had helped to prepare in England. John’s driving talents came to good use, and he did some testing at Goodwood.

In late 1969 Bolthoff came up with the idea of setting up an engine shop in the USA at which to prepare both Can-Am and Indy engines. The plan was that John should start the 1970 working in England, before moving to this new McLaren Engines Inc facility in Livonia, near Detroit.

It was of course to be a fraught season for the team. In May Hulme suffered serious burns at Indianapolis, and then in June Bruce was killed at Goodwood in a Can-Am testing accident.

Having headed to the States John wrote to team boss Teddy Mayer saying he wanted to return to the UK, and he did so at the end of the year, after the recuperating Hulme had clinched the 1970 Can-Am title. His timing was good, because Cosworth announced that for 1971 it didn’t want to service the whole F1 grid’s DFV engines. Nicholson was given the job of preparing those of McLaren.

“I’d never seen a DFV in my life,” he said. “I pulled one apart and thought, ‘I’d better go to Cosworths for a couple of days.’ There I was helped by Alan Peck and learnt by pulling them apart and putting them together. With no knowledge, but the help of four good guys and a small place, we set to work doing McLaren’s DFVs. I had to supervise, and it took two weeks for one man to build an engine. 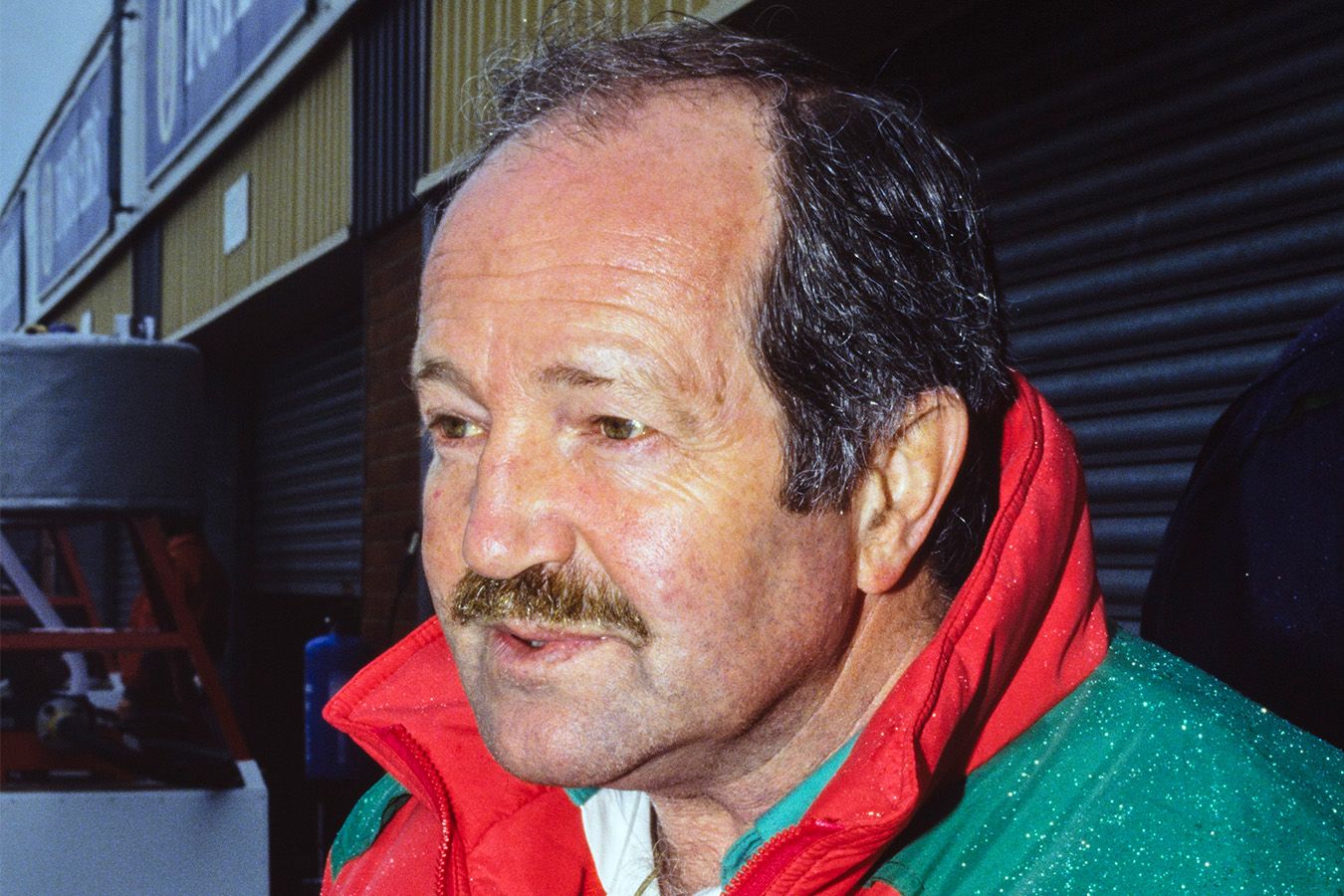 In March 1972 Hulme scored McLaren’s first GP win for three years, and the first with an engine overseen by John, at Kyalami.

It was a busy time for John, for in 1971 he also resumed his own racing career, driving a March in the Formula Atlantic series, before moving to a Lyncar chassis for ‘72. At one stage he crunched the nose at Oulton Park, and unable to afford he a new one, he fitted a McLaren F1 nose that Hulme and tried and rejected!

At the end of 1972 he was offered a job by March Engineering – company boss Max Mosley wanted him to prepare the team’s BMW F2 engines, and there was even a chance for John to race as well. He eventually rejected the offer, but he had itchy feet, and it had set him thinking.

“I went back to McLarens determined to leave, go it alone, and continue in Atlantic. It was a Saturday afternoon and when I got back, Teddy Mayer was at McLarens. I told him what I was going to do, but he wouldn’t hear of it. We went to Phil Kerr’s house that evening, and by the time I’d left, we had a business contract to go into overhauling McLaren’s DFVs as a separate business.”

John found a premises in Hounslow, and with all bar one of his original colleagues, established Nicholson-McLaren Racing Engines in early 1973. That year Denny Hulme scored the new company’s first GP win in Sweden, and later Peter Revson won at Silverstone and again in Canada.

Meanwhile John’s own racing career flourished as he won the 1973 British Formula Atlantic title, repeating his success in 1974. That year also made own foray into F1 with a Lyncar chassis, with which he did the two British non-championship races, although he failed to qualify at the British GP. He would make his one and only Grand Prix start at Silverstone in 1975, crashing out in the rain. The main problem he had was finding the time to fit his own racing around his business, and by 1977, he had decided to hang up his helmet.

He was a busy man off track. In 1974 McLaren ran a third works car, with Hulme and Emerson Fittipaldi in Marlboro colours, and Mike Hailwood in Yardley livery, so there were more engines to service. In addition he picked up work from Graham Hill’s Embassy team. That year Fittipaldi scored McLaren’s first World Championship win, powered by John’s engines.

And the race wins would keep on coming. Fittipaldi finished second in the World Championship in 1975, and then James Hunt scored a sensational title success in 1976. Hunt continued to be a pacesetter in 1977, winning three races.

McLaren then went through a bad patch until Ron Dennis came on board at the end of 1980, and John Barnard’s carbon chassis was introduced for 1981. John Watson and Niki Lauda scored some memorable successes, but the tide was turning towards turbos, and the days of the Cosworth were numbered.

In late 1983 McLaren began the switch to the Porsche-built TAG Turbo, and Nicholson’s involvement with the team was over. However, there would continue to be a link as John turned his attention to servicing DFVs for many historic racing contenders, including of course some McLarens.

The company he founded is still operational, in racing, engineering and aviation, although there has been no direct connection with McLaren for some years. John remained its chairman, and in recent years he would split his time between the UK and New Zealand.