Snooker is a slow game played by stately gents in waistcoats and bow-ties, right?

Okay, in the 1950s and 1960s there were plenty of snooker players who adhered to that sadly staid image – Joe Davis, Fred Davis, John Pullman, Ray Reardon, Rex Williams, Eddie Charlton, Perrie Mans and the like – but ever since the late Alex ‘Hurricane’ Higgins and the great Jimmy ‘Whirlwind’ White entered the fray, in the 1970s and 1980s respectively, snooker crowds have thrilled to the best players’ speed, power and derring-do every bit as enthusiastically as they’ve applauded their break-building capability and efficient safety play.

Ronnie ‘Rocket’ O’Sullivan followed in the footsteps of Higgins and White, turning professional in 1992 at the age of 16, thereafter fluently potting his way to five world championships, but he isn’t the fastest or the bravest or the most powerful snooker player in today’s game. No, that honour goes to 24-year-old Judd Trump, from Bristol (UK), currently number-four in the world but recently number-one and sure to return to that status soon, who plays snooker like the late Gilles Villeneuve used to drive Formula 1 cars: in other words with white knuckles, on the limit, superfast. Snooker insiders call him ‘the Juddernaut’ and it’s not hard to work out why.

Unsurprisingly, Judd loves fast cars – which is why he visited the McLaren Technology Centre earlier this week. He had a good look around, and had a spin in a 12C (not literally; he didn’t spin it!).

As a parting gift, we presented him with a unique and bespoke trophy – a 147-break themed creation constructed from the first, fourth and seventh gears of a McLaren Formula 1 car.

Pretty cool, no? In fact, we’d humbly suggest it may be the coolest trophy Judd has ever won. Perhaps you agree, perhaps you don’t. Either way, it definitely won’t be his last.

The 2014 World Snooker Championship will run from April 19 to May 5, at the Crucible Theatre in Sheffield. We’ll be rooting for him.

And check out why we say he plays snooker like Gilles Villeneuve used to drive Formula 1 cars in this two-minute clip here: 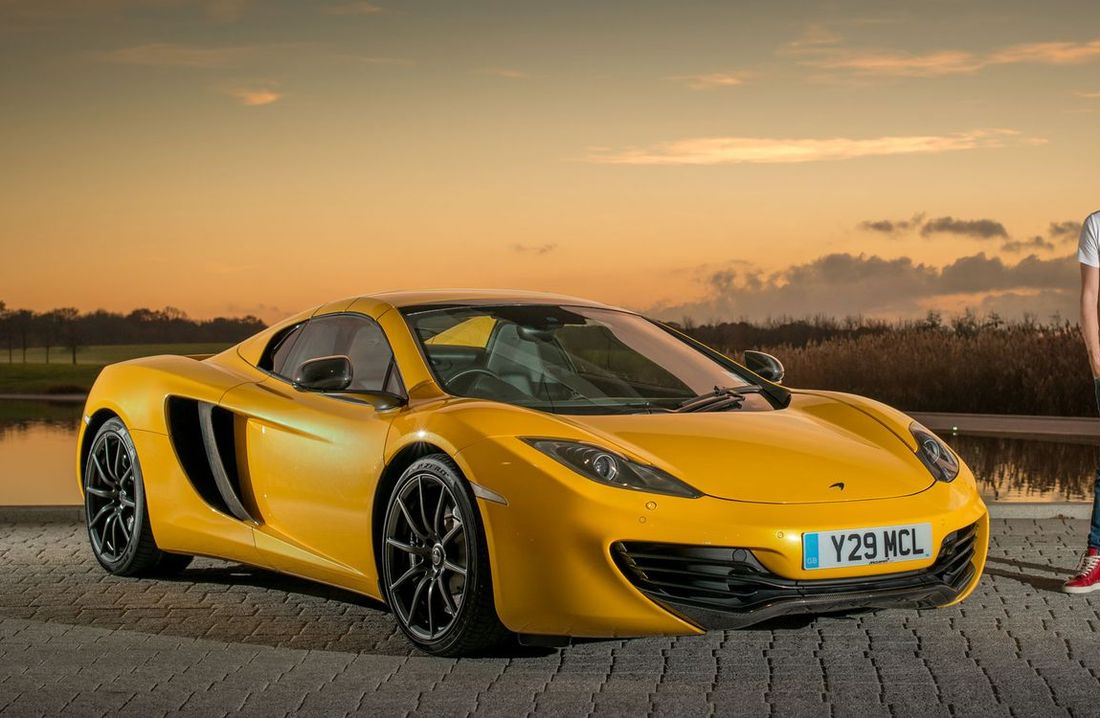