The south coast of England once again played host to the Goodwood Festival of Speed, which this year celebrated its 20th anniversary.

To mark McLaren’s 50th anniversary, we pulled off the covers of some iconic McLaren cars – old and new – in an exhilarating and noisy showcase of McLaren's prestigious heritage. 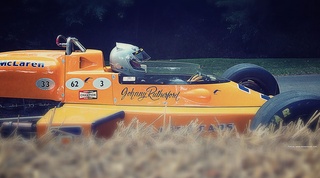 Commemorating 50 years of racing history, was the the MP4/4, winner of 15 out of 16 races in 1988; the MP4-13 which helped Mika Hakkinen claim the 1998 Drivers’ and Constructors’ Championships; the MP4-23 which Lewis Hamilton steered to world championship glory in 2008; and the M23 in which Emerson Fittipaldi secured McLaren’s first ever world championship, back in 1974.

Also on show was the Can-Am championship-winning M8D driven by Denny Hulme and Peter Revson and the McLaren F1 GTR which claimed victory at the 24 hours of Le Mans in 1995. 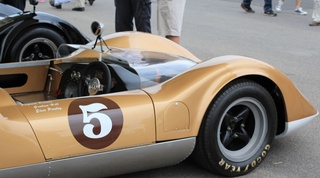 Both Jenson and Checo took to the cockpit, as well as test driver, Oliver Turvey, and members of the McLaren Young Driver Development Programme Kevin Magnussen and Stoffel Vandoorne.

From our Automotive division, crowds also got the first glimpse of McLaren’s new Supercar in action, the McLaren P1, and the unveiling of McLaren’s special McLaren50 12C and 12C Spider models.