On Friday May 17th the Vodafone McLaren Mercedes pit crew were delighted to welcome three members of the EIS and GB boxing team to the McLaren Technology Centre: Anthony Joshua, Joe Joyce and Andrew Selby.

The brief was simple: the pit crew and boxers were to put each other through their paces, carrying out a range of tasks specific to their individual sports, sharing knowledge, expertise and excellence in performance between the two disciplines.

The event was born out of the long-standing relationship McLaren has with UK Sport. At last summer’s Olympic Games McLaren developed and installed technology to precisely measure athletes’ speed, position and performance for five teams; a partnership which amassed an impressive haul of 30 medals, including 15 Gold at London 2012.

The first activities during the visit were focussed around boxing. At 6ft 6 and in the 91kg+ category, both Anthony Joshua, the Super Heavyweight Olympic Gold medallist at London 2012 and Joe Joyce Gold medallist at the 2012 Tammer tournament in Finland, towered over their McLaren hosts. The speed and agility of Andrew Selby, 2011 European Amateur Championship Flyweight Gold medallist, was also immediately apparent.

Selby demonstrated his lightning-fast reactions with some incredible skipping techniques, Joyce showed how boxers stretch before a fight and Joshua displayed some of his awesome power by teaching the pit crew a few punch combinations.

The disciplines were then reversed, when the Vodafone McLaren Mercedes pit crew challenged the boxers to undertake a Formula 1 pit stop. The three boxers were responsible for right rear, and adapted quickly with Joshua on the gun, Joyce on tyre removal duties and Selby putting on the fresh tyre, setting some impressive times!

Inside the McLaren clothing department 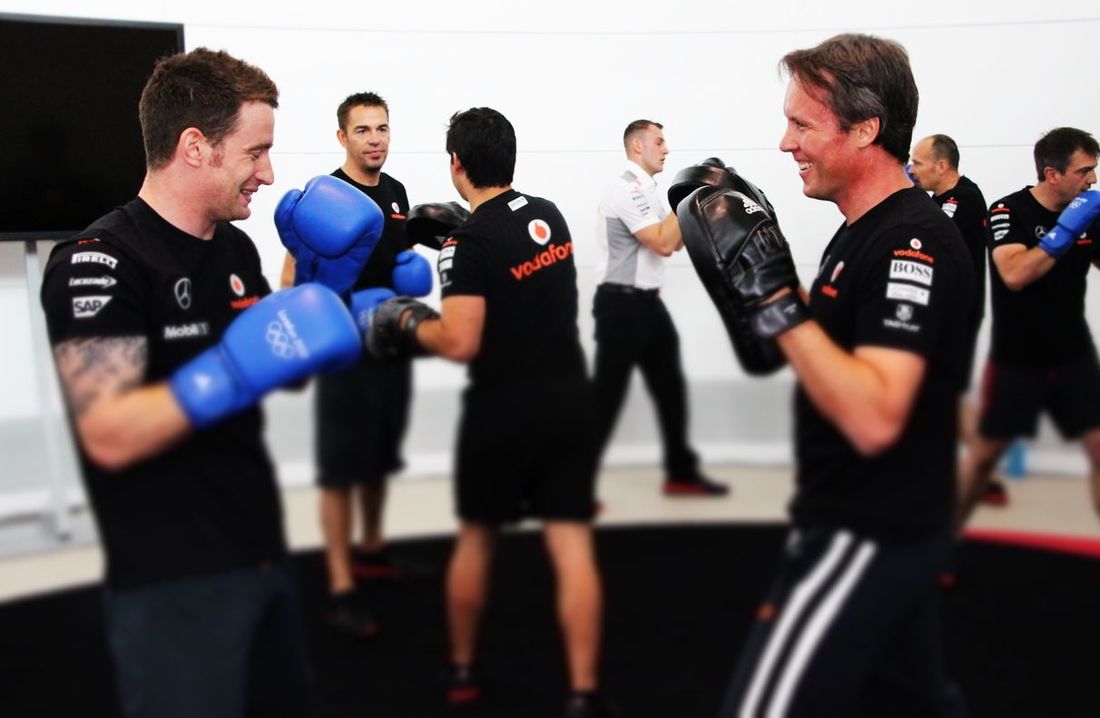