With the help of Medallia, we tell the 2022 season through your eyes

With the help of Medallia, we tell the 2022 season through your eyes

The travelling carnivals that are Formula 1 and INDYCAR produce unforgettable on-track moments every season, each well-known, well-watched and well-loved, but what about the stories of those in the stands and behind the television screens?

If the behind-closed-doors COVID-19 events taught us anything, it's that the sport isn't anything without its supporters and their experiences. So, with the help of our friends at Medallia, we've collected and collated your favourite memories from the 2022 season so far.

The mother, husband and daughter who now proudly display a signed Pato O'Ward shirt in their living room from his victory in this year's Honda Indy Grand Prix of Alabama. The German teenager who threw Coca Cola on her aunt while celebrating Lando Norris' Emilia Romagna Grand Prix podium at a family dinner. The couple in their 80's who attended this year's Indy 500 with their family. These are your stories, as told by you, and they're far from every day.

This one was technically from the 2021 season… I arrived a little late to my Wedding day on 8 October 2021, because I wanted to finish watching qualifying for the Turkish GP. The photographer got a picture of me and my dad watching quali on our iPad and you can see Lando Norris‘s Helmet on it (see hero image). Right after the quali, we finally walked down the aisle.

My husband, our daughter and myself were at Barber Motorsports in Birmingham, Alabama cheering on our McLaren boys during the 2022 Honda Indy Grand Prix of Alabama and we had a chance to run to the paddock to greet Pato right after he won the race. We met some of the funniest and sweetest team mechanics as we watched the podium ceremony. Our 11-year-old daughter, Kennedy, was in awe of how close we were to Pato and his car.

Everyone that was watching dispersed leaving only the media and team and one of the mechanics gave his Mission sponsored hat to our daughter and she thought it was the coolest thing ever. That was until Pato walked out of the podium and made eye contact with our daughter with the biggest smile on his face and said to her “Well hello there, beautiful!” She melted instantly and asked him to sign her shirt and the hat the mechanics just gave to her!

She continues to tell everyone she meets that she got to meet Pato O’Ward and that he signed her McLaren team shirt. We now have her signed McLaren shirt framed and hanging in our living room for everyone to see as they walk in, and her signed hat on display with our McLaren die cast cars and Lego Formula 1 MCL35! 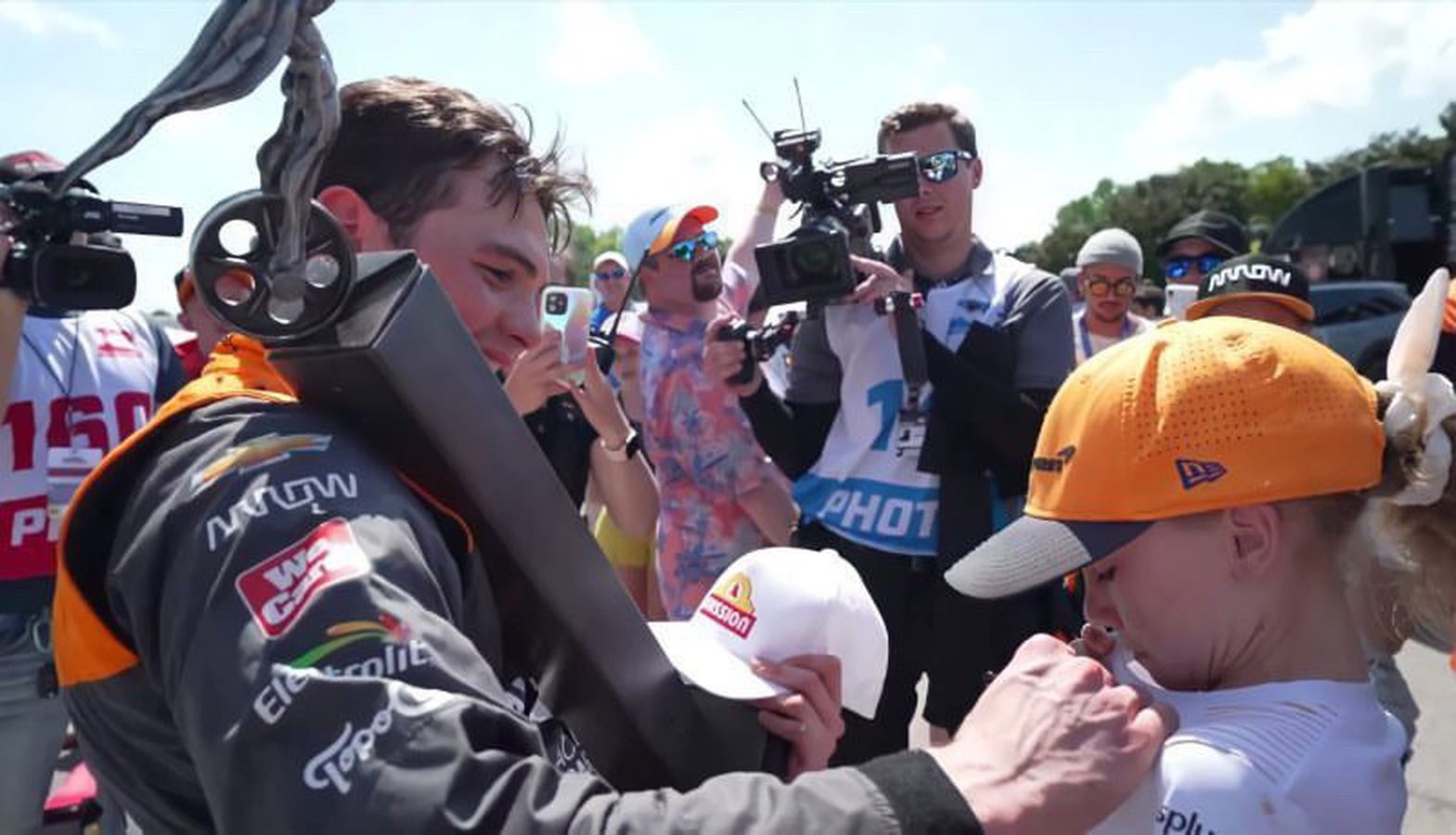 The whole weekend at the Austria GP was such a magical experience. On the Thursday, we got to do a pit-lane walk and observed the team working on the car up close, which was fascinating. There are so many different parts being put together by so many people, for just two cars. We watched the pit-stops and saw how each person has their own job but everyone works together, like a well-oiled machine.

The atmosphere was so upbeat and everyone in the garage was smiling, even Andreas Seidl came out to say hello to the fans! The moment I will probably remember for the rest of my life was on the Friday: hearing the engines and seeing the cars coming up the hill for the first time. I felt so ecstatic, like a little kid. The cars looked magical in person, even better than in pictures! The atmosphere on and off the track was also just out of this world during the whole weekend - everyone was cheering when the cars drove by, and especially when there was an overtake, which Daniel and Lando both had quite a few of!

Lando and Daniel took so much time for the fans in the fan zone as well, signing as much as they could and taking the time to chat with us - I even managed to snap a selfie with DR! My cheeks hurt from smiling so much the whole weekend! Thank you for the amazing experience, can't wait to go to another GP soon! 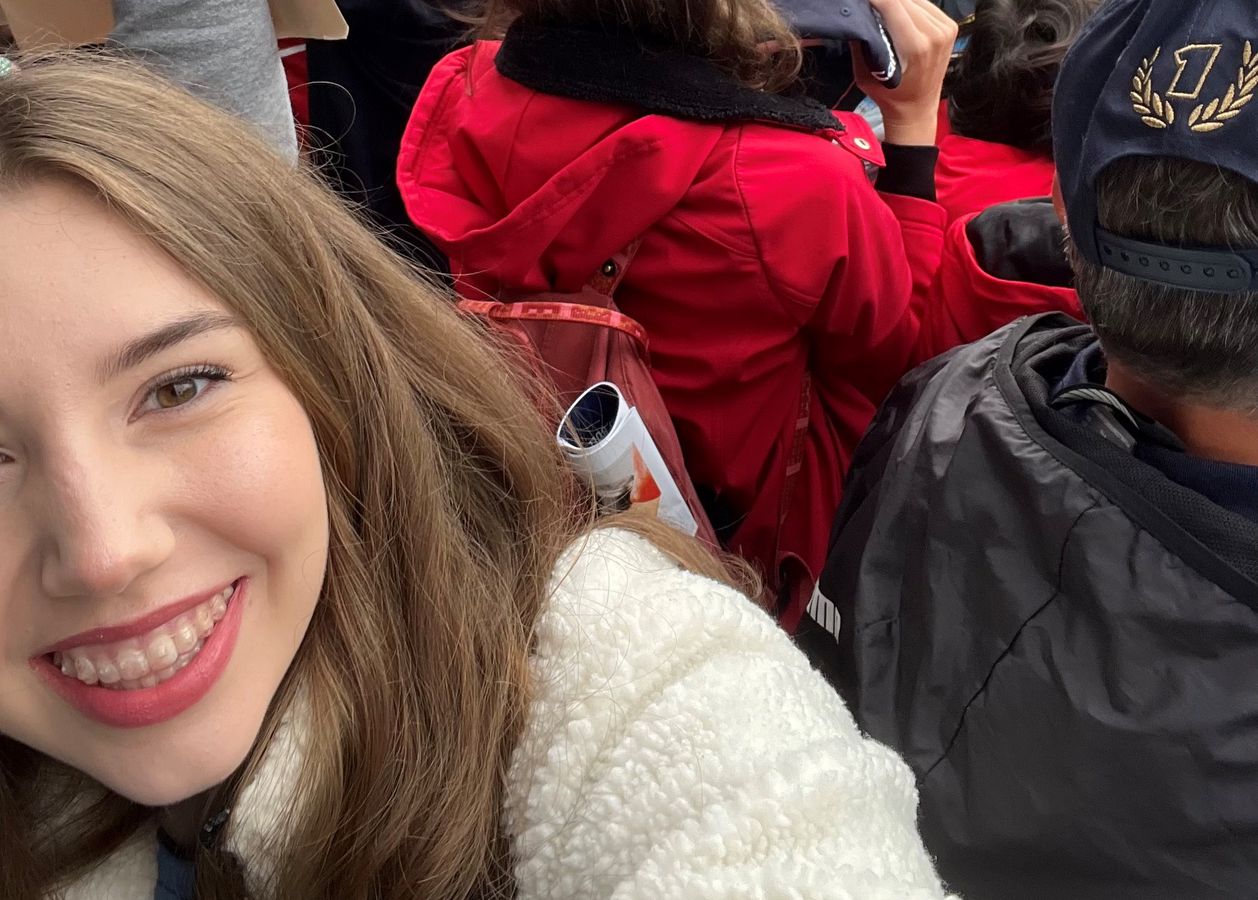 The 2022 Indy 500 was special because my parents - who are in their 80’s - came to the race with me and my family, including my grandson, Senna. The excitement of Indy is incredible, the sights, the sounds - the sensory overload is working hard.

My wife and I went to Gasoline Alley before the race and found our way into the garage area. We may or may not have had garage passes, but either way we did gain access. I was running into all sorts of drivers, including Rinus Veekay, his Mom, TK and Conor Daly. I also saw Mario zipping by in his golf cart, and just before we decided to make our way back to our seats, low and behold, the grand master of McLaren, Zak Brown, who was holding court with a bunch of folks. I was stunned.

With the F1 race going on at Monaco, I didn’t think I would see any F1 stars, but I got to listen in, and then talk to Zak. I had to ask if it was true that he owns Emerson Fittipaldi’s 1989 Winning car and he confirmed that he does. I took a few pictures, and my incredible Indy 500 day was complete before the race even started. Thanks for being so cool to your fans, Zak, it means a lot! 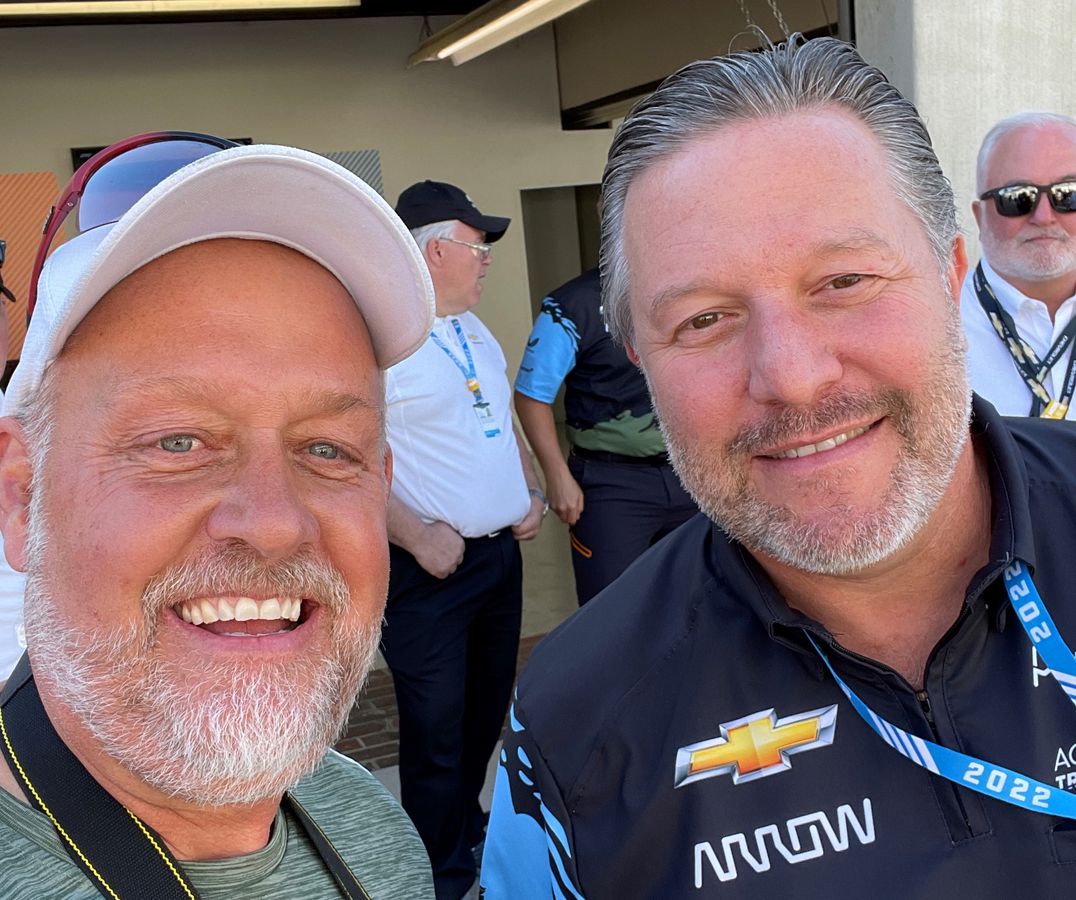 This year has been different from previous years because of the papaya friends I've met. Team papaya support each other through highs and lows, during race weekends and in our personal lives. The highlight was meeting some of those friends in real life at Silverstone. Without our shared love of McLaren, we would never have met, and my life would be poorer for it. Thank you, McLaren, for enriching my life! 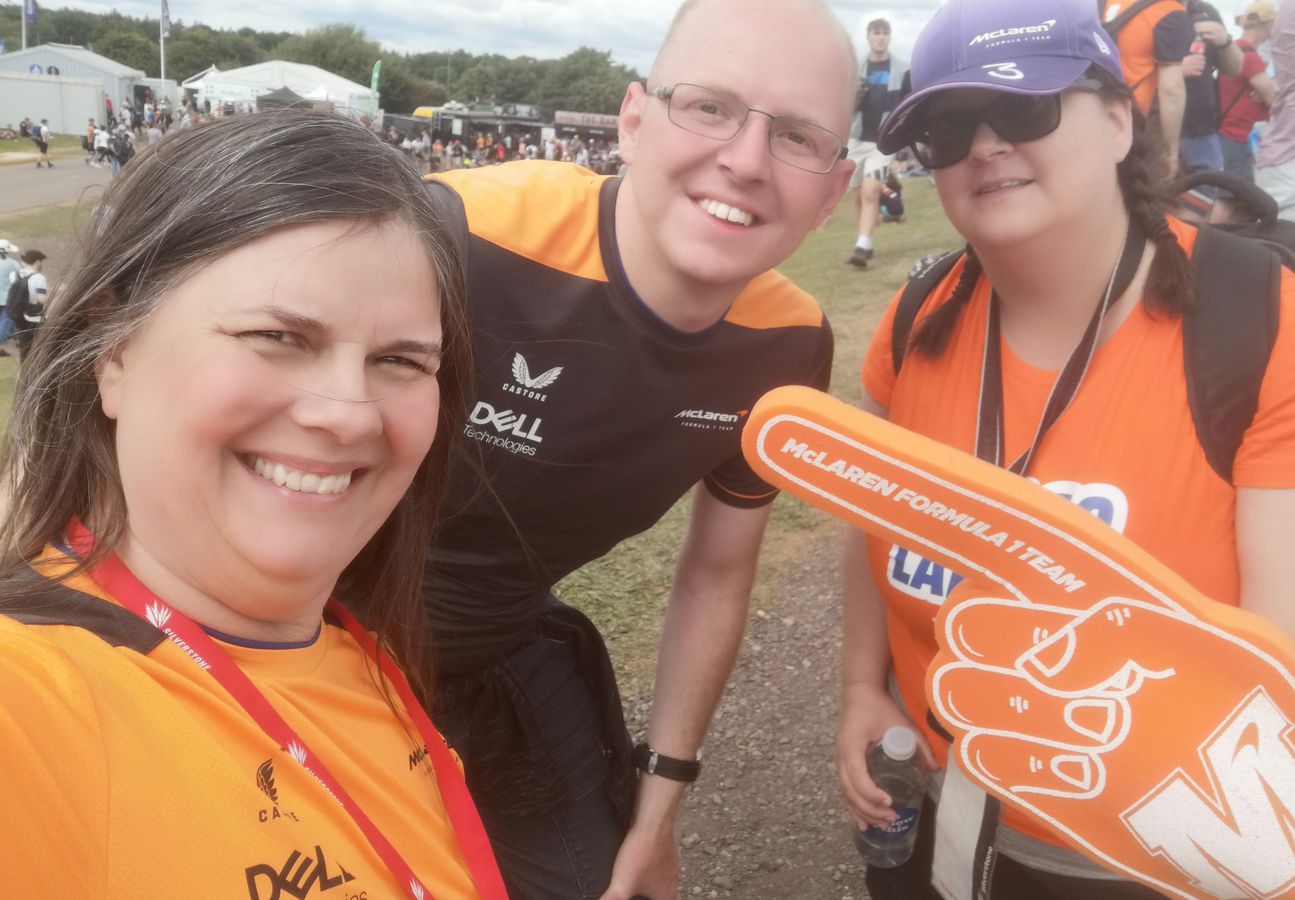 I had the amazing experience of meeting both Lando and Daniel at the Silverstone Grand Prix this year! A friend of mine was allowed to record the #McLarenUnboxed intro that same day, and to top it all off, I received a free (signed) cap from a lovely McLaren employee! All in all, a great experience and confirmation that I am definitely supporting the right team!! 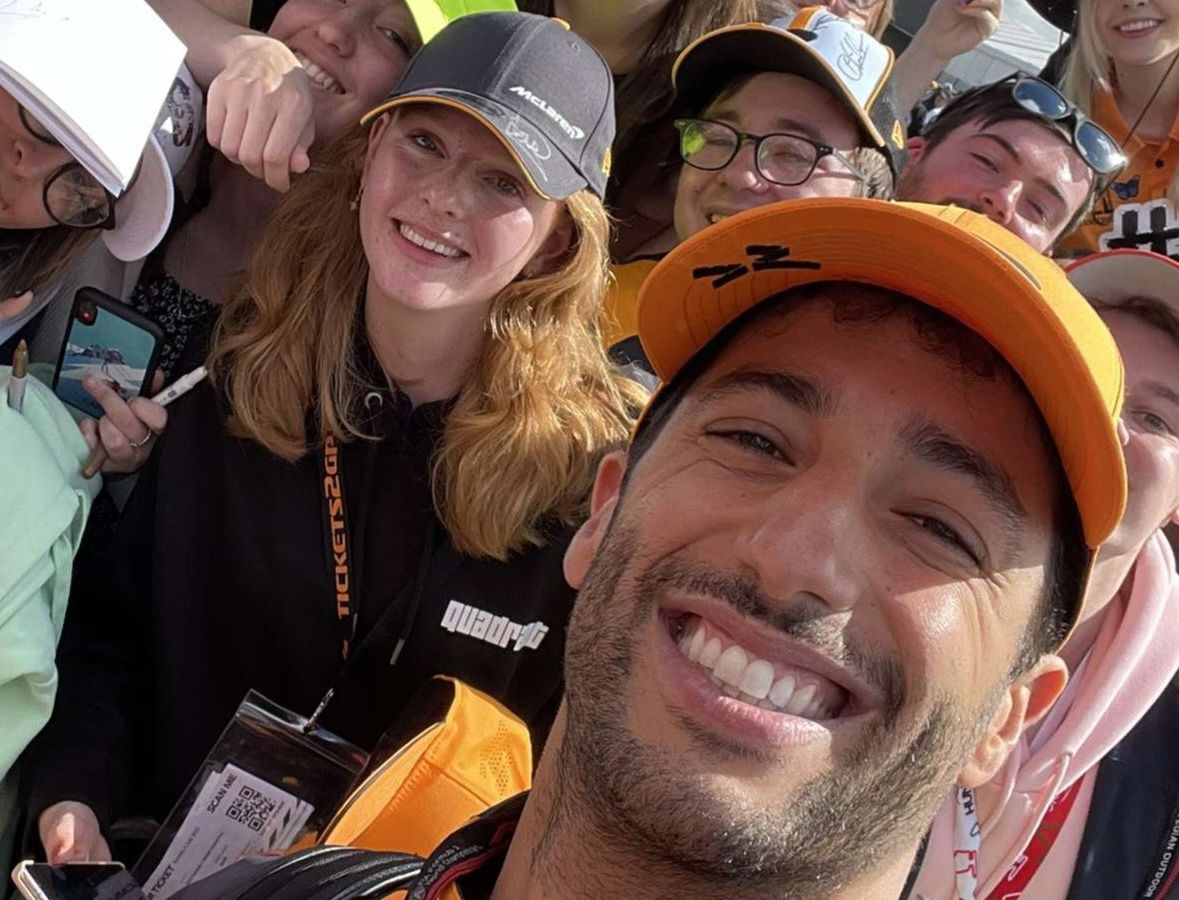 My family and I are massive McLaren fans from South Africa and we were lucky enough to attend the Silverstone Grand Prix this year. We got a pit-lane walk, saw the McLaren team practicing pit-stops on Daniel's car and spoke to some lovely mechanics who explained a lot to us. What an incredible experience being that close to the cars was. The atmosphere at the race was unreal!

We were in Luffield Corner and every time Lando drove past, the people behind us would chant "LANNDDDOOOOO," and naturally the whole grandstand joined in… For 52 laps! We even won a competition and got a hat signed by Daniel and Lando, which is now our most prized possession. Hopefully one day F1 comes to South Africa, and we get to have many more incredible experiences at an F1 race. 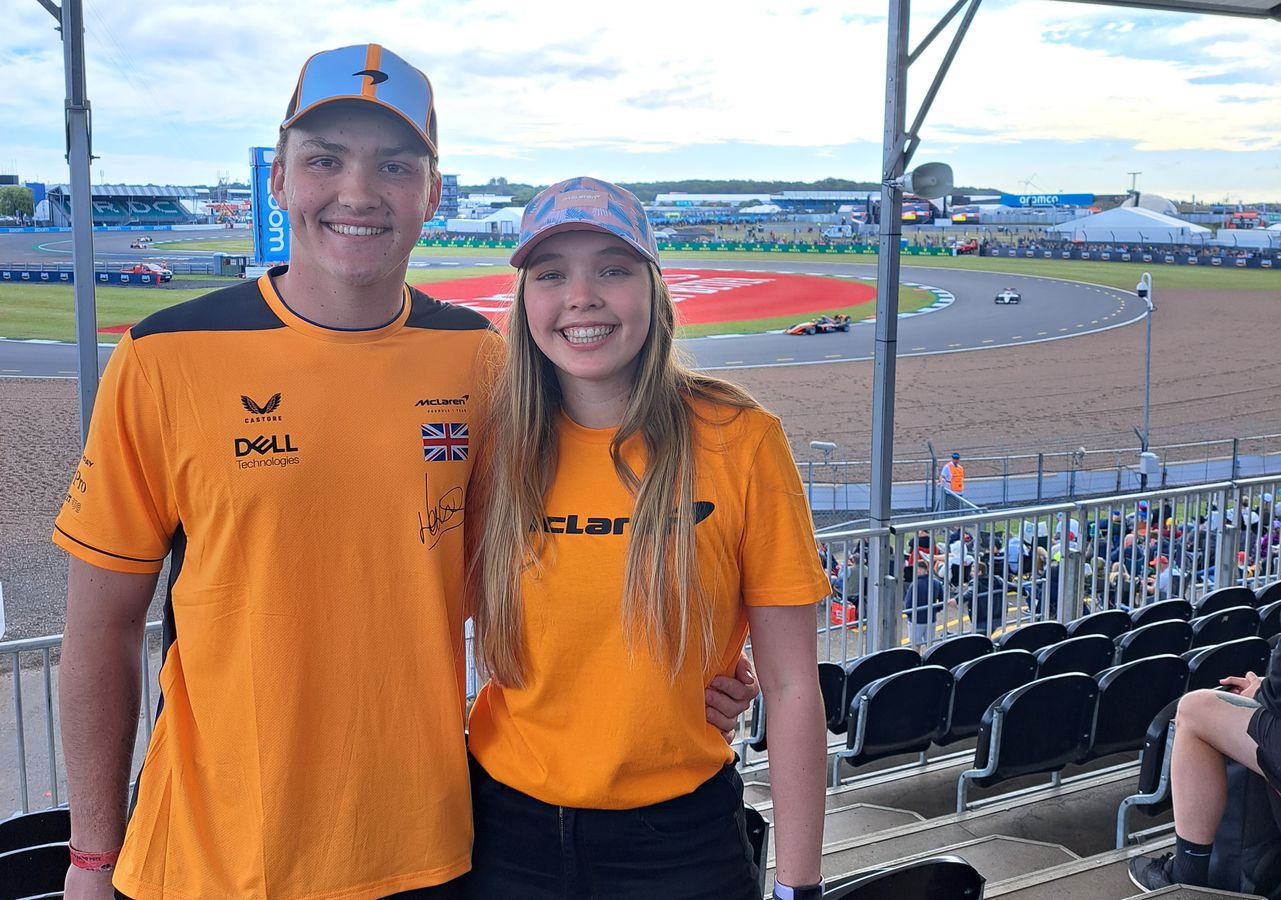 I’d like to share the best day of my life. This year I went to my first live F1 race, attending the French Formula 1 Grand Prix. I met Lando and Daniel as they arrived to the paddock and they took pics with me. They were so nice and they even signed a shirt I brought. It was the best day! 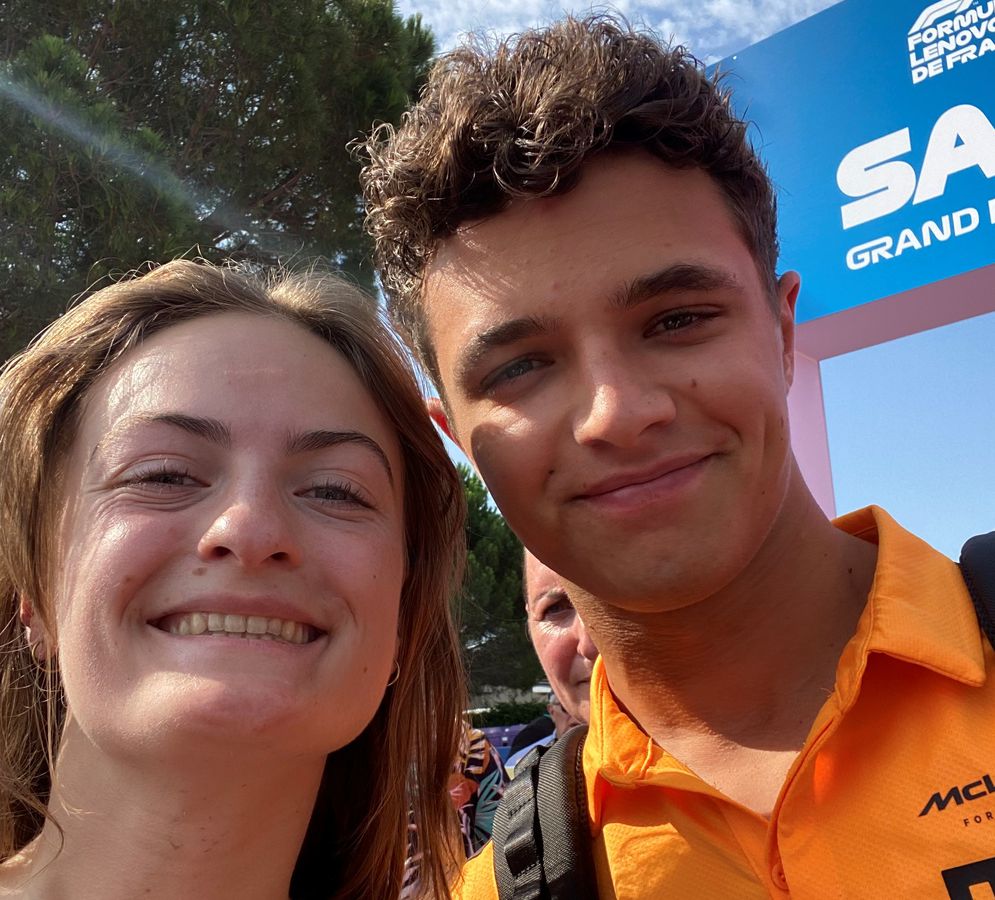 My favourite McLaren experience so far this season was taking my son Max to his first F1 race at Silverstone. He is a massive McLaren and Lando Norris fan and loved every minute of the day. He couldn’t be missed in his bright papaya hat and T-shirt and is already counting down the days to next year! 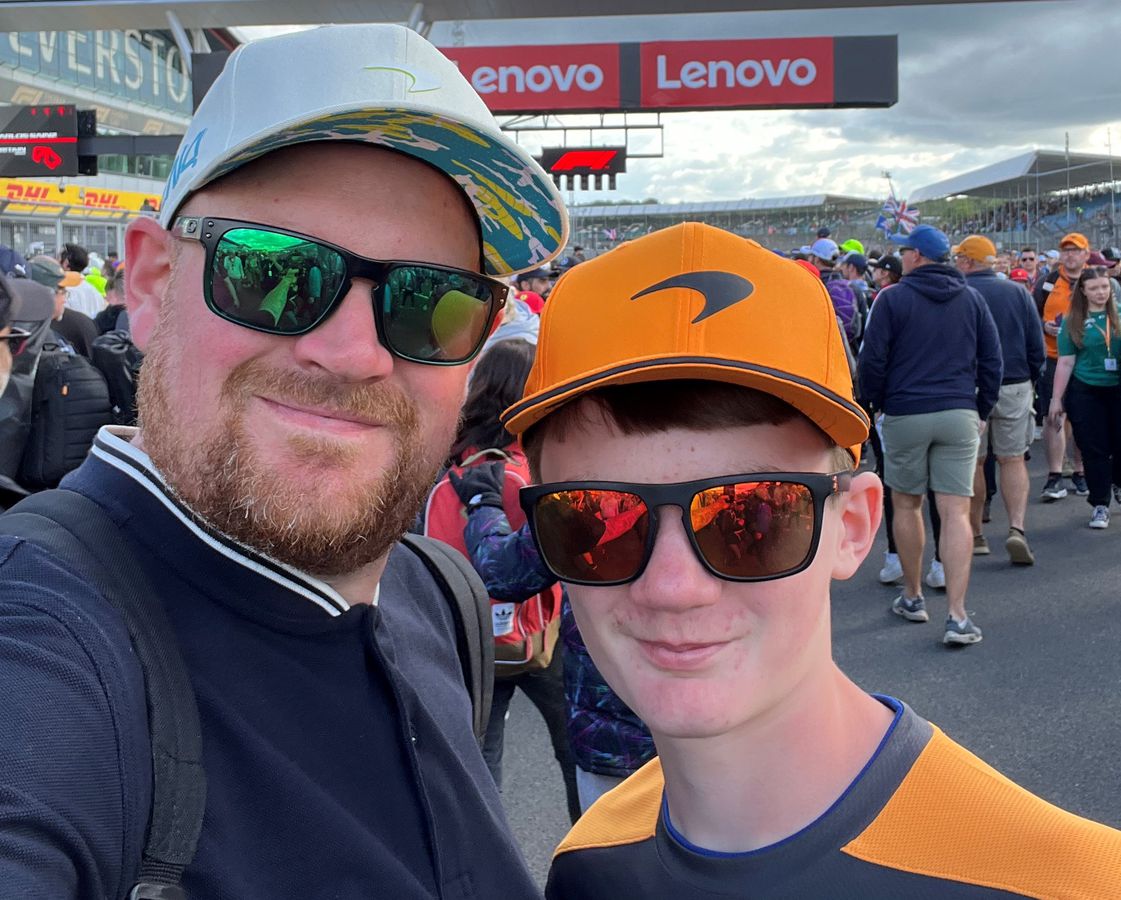 My favourite experience so far this season within formula 1 has to be the weekend of the French GP. We sat with our daughter to watch qualifying and she took an instant liking to the papaya cars, which was great news as I'm a McLaren fan. She watched in complete awe while waiting for Lando's car to appear and shouted his name throughout Q3!

It was a special family moment that I was happy to have shared with her. She is only three-years-old, but to see her taking notice was amazing to witness. It was made even more special by Lando qualifying P5. It was a great weekend for McLaren and for us as the fans. 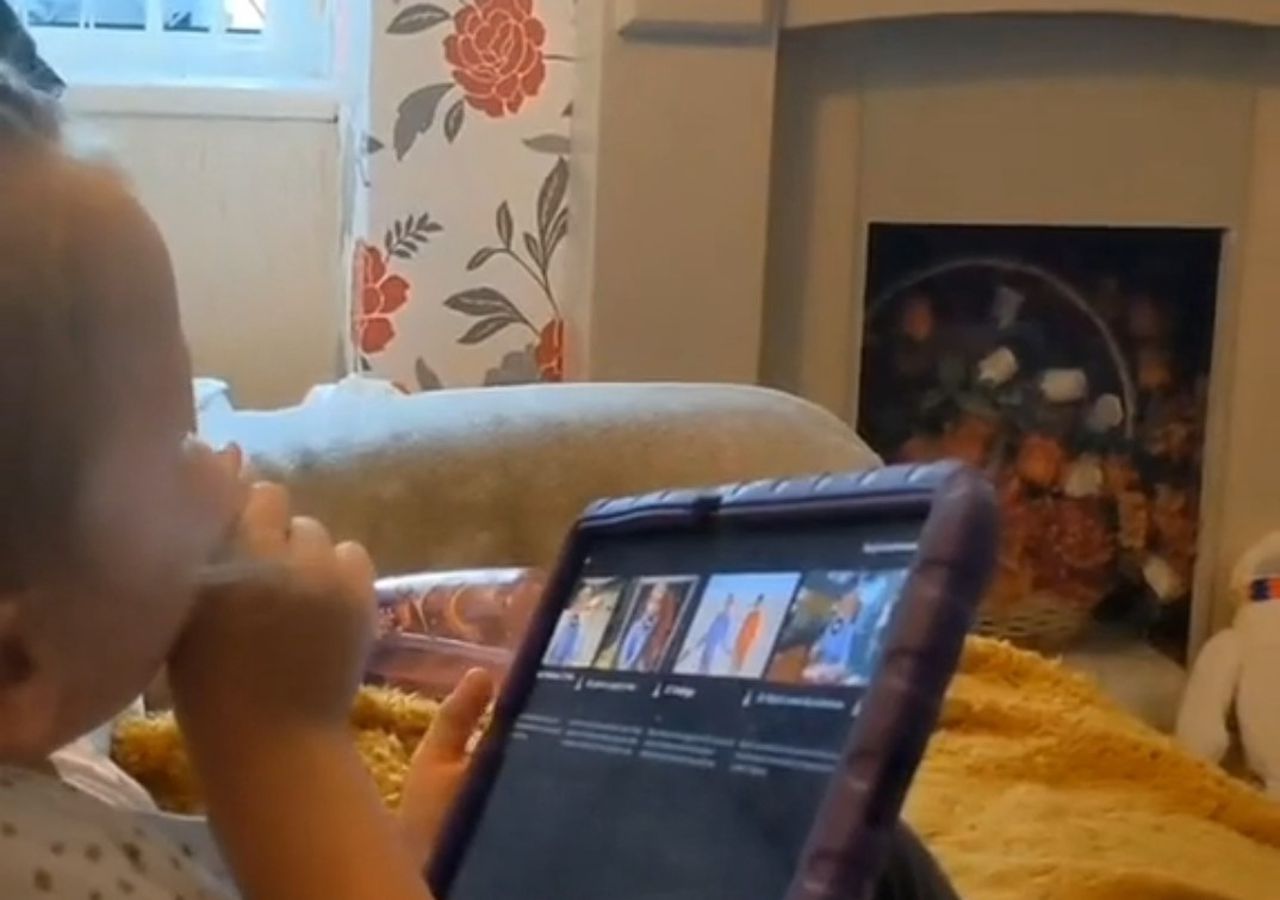 Not technically this season, but the one-two in Monza took place on my birthday and as big McLaren fans, my husband and I were pumped! Little did we know, it would also be our last race just the two of us, as two weeks later we welcomed our baby girl. Her first weekend in the world was spent watching the 2021 Russian Grand Prix from her daddy’s phone in the hospital room. We can’t wait to raise her as a dedicated McLaren fan and take her to her first race! 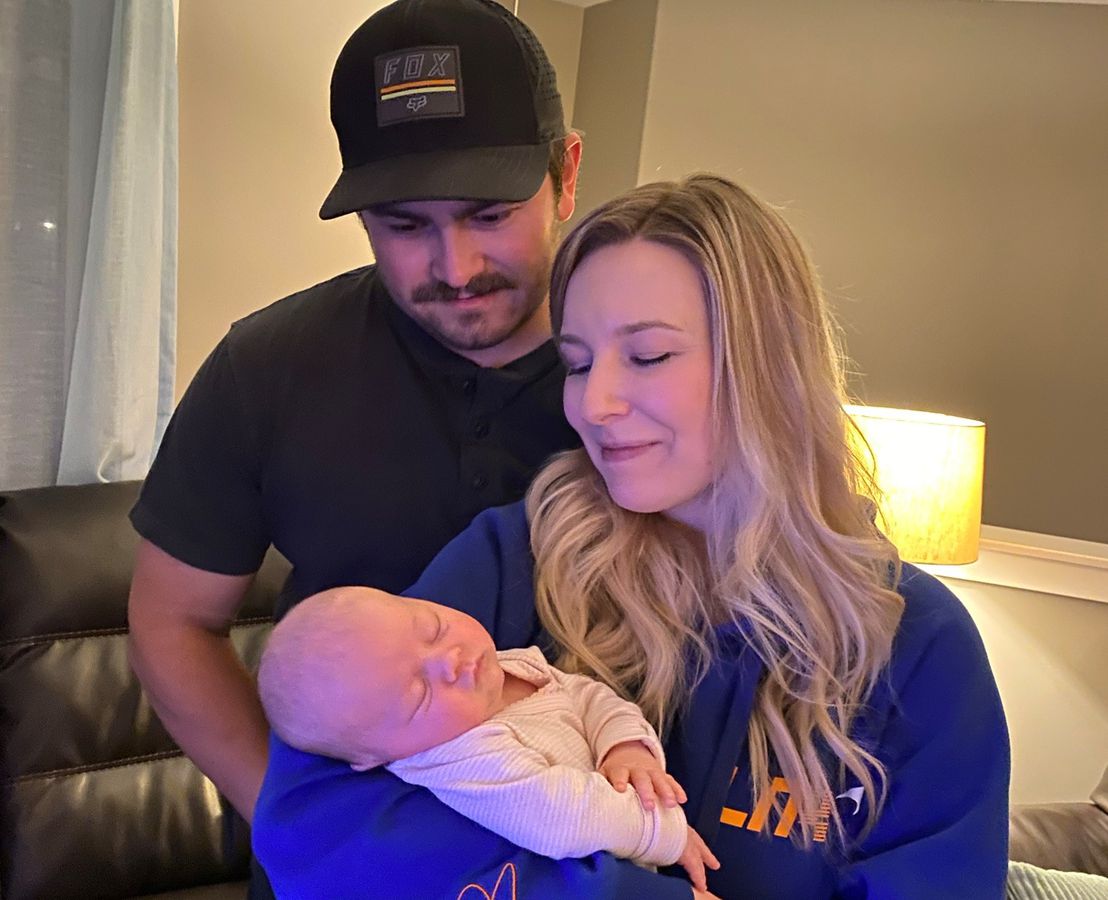 My favourite moment this year was being one of the awesome Marshalls on the grid for the Australian Grand Prix. It was a super insane atmosphere – the cheers for Ricciardo and the pre-race vibe on the grid was indescribable. As a Marshall, we couldn't outwardly show support of favouritism, but it made me so proud to be an Australian, and to see all of the support for DR and the team – there was papaya everywhere. I didn't stop smiling all weekend and the fans at the event made it amazing. 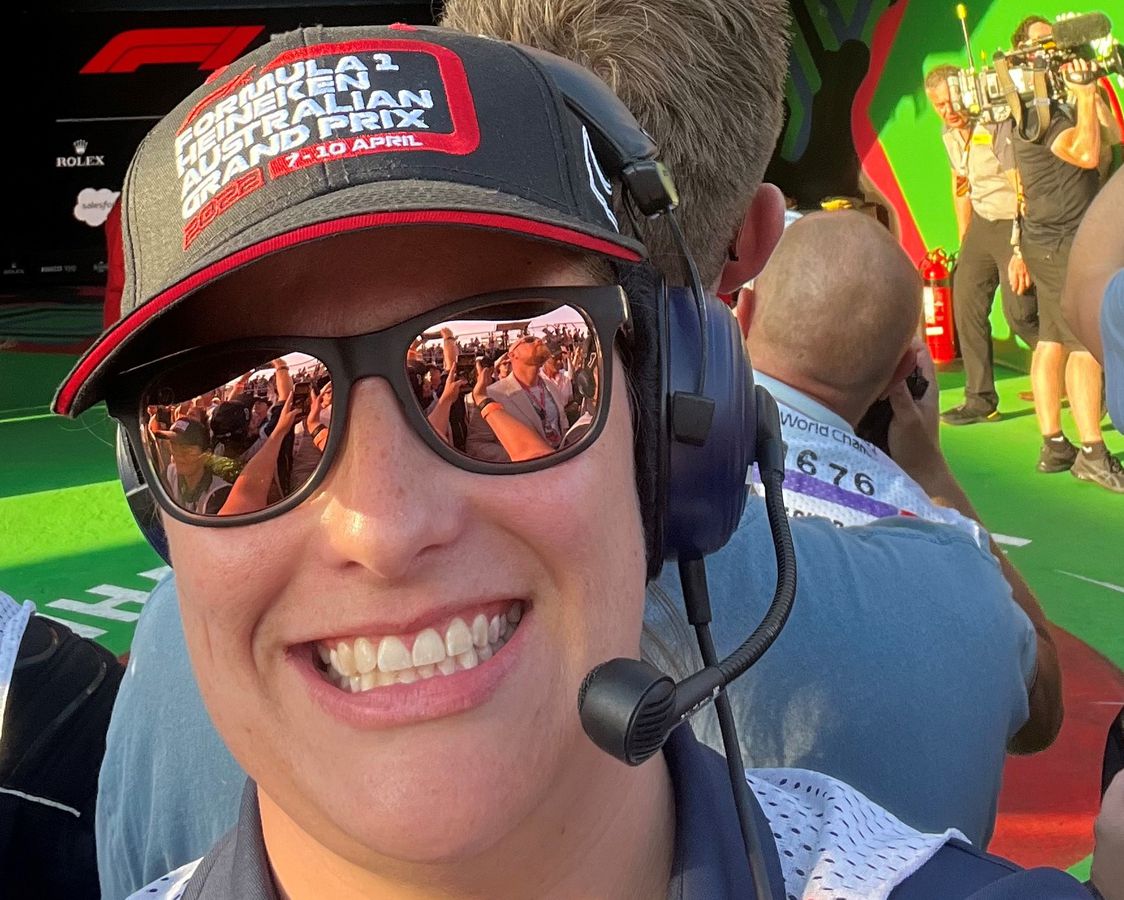 During the GP at Imola, I was at a family dinner at a restaurant. My family doesn't like F1 and so wouldn't have understood if I was watching the F1 on my phone, so I asked the waiter at the restaurant if they could put the F1 on the TV. My family wasn't happy that I was watching the F1, but then when Lando finished on the podium and people in the restaurant started cheering and I did as well. I forgot about the drink in my hand though and threw it in air, covering my aunt with Coca Cola. She was hella mad! But I would do anything for McLaren.

McLaren’s #FifthDriver hashtag has been a staple of F1 since 2009… but who is the #FifthDriver?

Find out which role you’re most suited to at McLaren

Caps you need to cop

You asked the questions, they answered them