"We go again! It's finally time to put to the test all the hard work done pre-season"

"We go again! It's finally time to put to the test all the hard work done pre-season"

The wait is over.

After all the excitement and speculation that comes with car launches and pre-season testing, it’s time for the talking to stop and the racing to start. The 2020 Formula 1 season finally roars into life this weekend with the Australian Grand Prix.

But before we take to the track in Melbourne, we thought we’d give you all the information you need to know for Round 1 with our first, must-read race preview of the year. It’s packed full of insight, with thoughts from drivers Carlos Sainz and Lando Norris, as well as Team Principal Andreas Seidl, and will give you the inside line on what to watch out for – from car upgrades and tyre choices, to exclusive competitions.

“We go again! It’s finally time to put to the test all the hard work done pre-season, both at the factory and during the winter test in Barcelona.

“We got a good understanding of the car during the six days of testing, but you can never really be sure of where your competitors are until the first race. What I’m sure of is that we’re ready for the challenge. The excitement of the fans, the atmosphere around the track and the tension before lights-out make for an amazing weekend. I’m looking forward to the first on-track battle of the season.”

“I can’t wait to go racing again in Australia, this time with the benefit of a year’s experience behind me. My rookie season got off to a good start there in 2019, but as always, I’m looking to improve wherever I can. I feel much more confident coming into this season than I did last year, and I’m really excited to get back in the car.

“The Albert Park circuit is pretty cool and the atmosphere is great thanks to the Aussie fans. As a street circuit you get really close to the wall on some parts of the track, and being brave has its benefits. I got a great reception there from the fans last year, so I’m excited to see everyone again. With my engineers we’ve done a lot of preparation over the winter and in pre-season testing, so we’re ready to get back to racing. I can’t wait to get the 2020 season started – it’s looking like it will be a challenging but exciting one.”

“We head to Australia ready and excited for another season to start. Following a successful pre-season testing, we feel prepared for the challenge of 2020 but conscious of where we need to focus. The Australian Grand Prix is where we first see how competitive all the teams are without the usual caveats of testing, so there is plenty to learn. We aim to hit the ground running at Albert Park and set ourselves up well for the rest of the season. Building our understanding of the MCL35 early in the year is crucial to our positive development.

“This will be my first time visiting Melbourne with McLaren, so I’m looking forward to seeing all the fans and taking in the amazing atmosphere. Starting the season with a back-to-back always raises challenges, but thanks to the hard work of the entire team both back at the factory and trackside, we head into the first two races prepared. Together with Carlos and Lando we’re ready to go again for 2020.”

McLaren is the most successful constructor in the history of the Australian Grand Prix, taking 11 victories and 26 podiums. And as far as our drivers are concerned, Carlos has been a model of consistency in the race, never finishing outside the points prior to 2019 – with four consecutive top-10 finishes that stretch all the way back to his first grand prix in 2015.

Meanwhile, Lando is no slouch out the blocks either. He has qualified on pole in the first qualifying session of every year in which he has raced single-seaters. The only exception was last year’s Australian Grand Prix, where he secured a top-10 grid slot – McLaren’s first since Monaco 2018 and the highest qualifying position of any rookie in the 2019 season opener – on his F1 debut.

Car launched and pre-season testing complete. Job done. Right? Wrong. The 2020 development race has already begun in earnest. Many of the cars that will take to the track in Melbourne will be different to those that teams began pre-season testing with and unveiled a month ago.

Now we’re not saying you should expect wholesale changes, but those of you with a keen eye for detail will be able to spot our Melbourne-spec upgrade package on the MCL35. It features a number of tweaks, some of which we tested in the second week at Barcelona, including a new floor, diffuser and front brake ducts.

A word of warning too. Albert Park is a street circuit with low grip and a bumpy track surface, and this means the Australian Grand Prix isn’t always the most accurate barometer for F1’s competitive order. For example, it’s very different to where pre-season testing took place, the Circuit de Barcelona-Catalunya, which is akin to the purpose-built race circuits that make up the majority of the calendar.

While the competitive landscape will undoubtedly become clearer, don’t take the results from this weekend as gospel for the rest of the season. The full pecking order won’t become apparent until we’ve got a few more races under our belts.

So, it’s the start of a new season and, naturally, you want to look the part. Make a good impression and all that. Well, you’re in luck, because we’ve got a whole new range of teamwear on the McLaren Store.

But, and this is tough, if you could only pick one item to show your support from the first race of the year, it has to be the brand-new McLaren 2020 team cap. At the track or at home, this is the style staple for every McLaren fan. 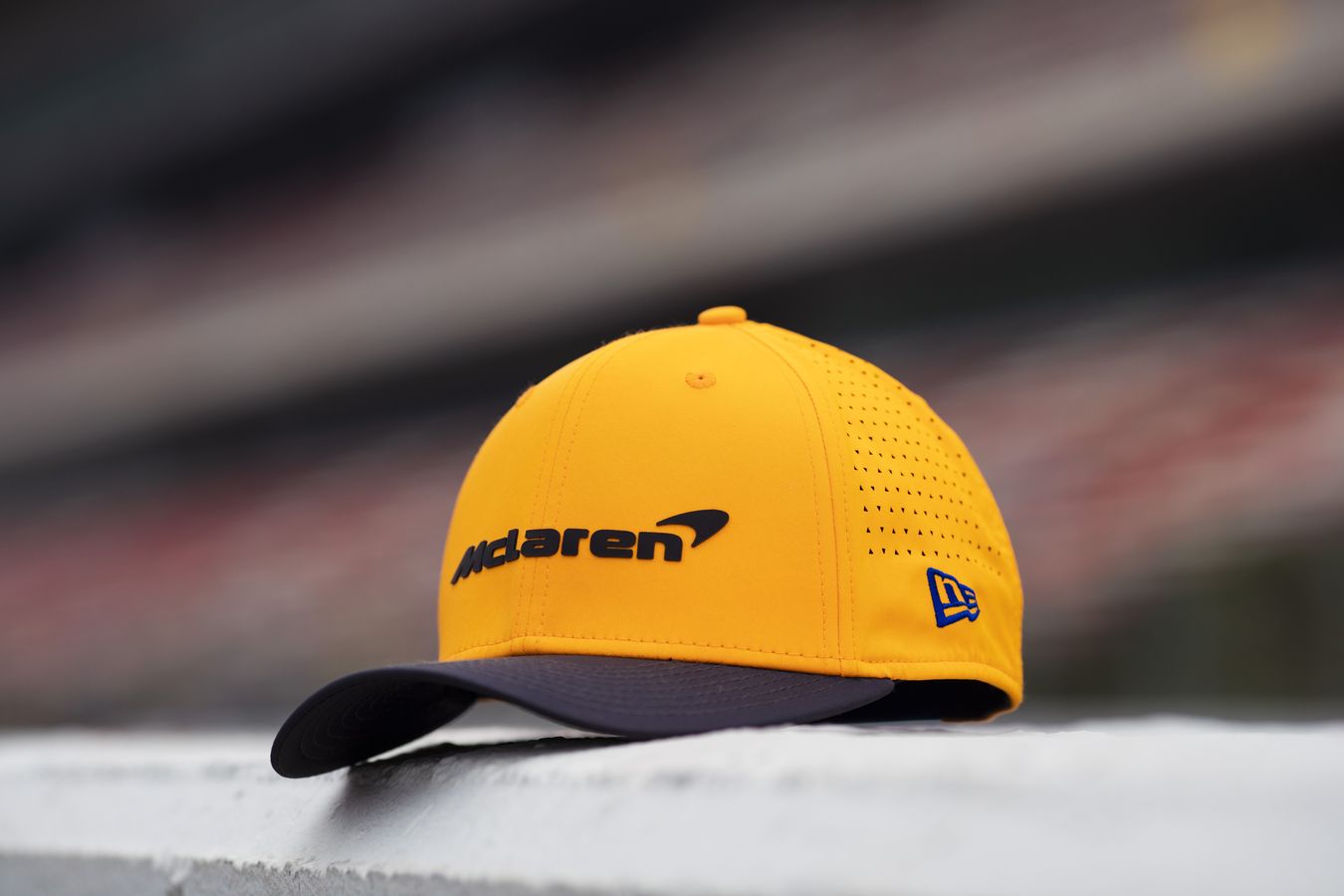 You can even try it on with our new Instagram filter. According to Lando, it’s “sick”. And if that isn’t a seal of approval, then we don’t know what is.

Oh, and if you’re a McLaren Plus member it gets even better, as you can enjoy a 10% discount every time you shop at the McLaren Store.

Speaking of McLaren Plus, we couldn’t begin the new season without a little something for our loyal members. We’ve already given two lucky members VIP weekend passes for the Australian Grand Prix, so they will get even closer to the team with the experience of a lifetime.

But the fun doesn’t stop there. At the track, we’ll be on the lookout for McLaren Plus members, so they too can win VIP passes to enjoy a weekend they will never forget. Make sure you’re showing your support with plenty of papaya to stand out from the crowd. 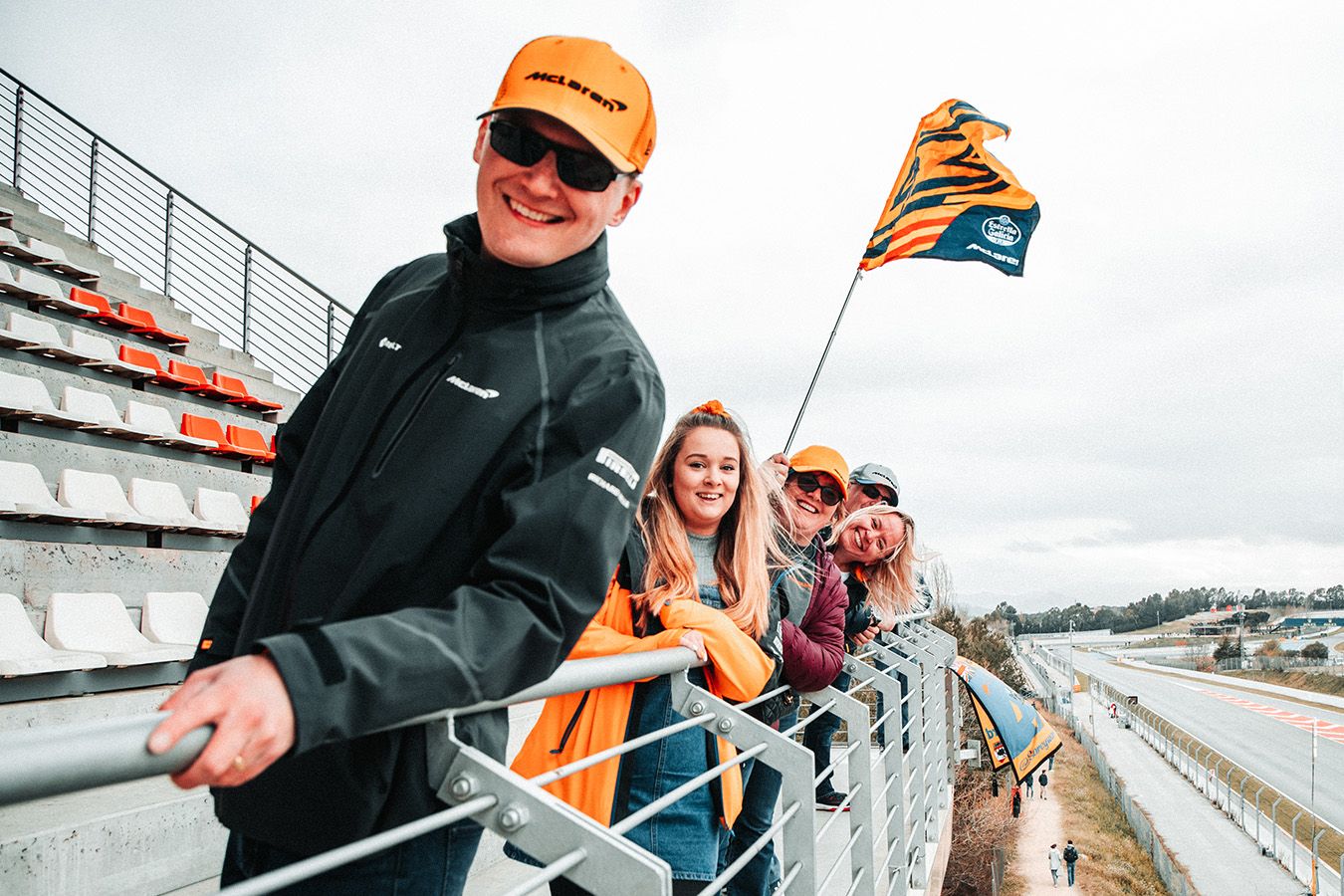 Want in? Of course you do. Just complete the form below to join the most inclusive, rewarding and open-to-all fan programmes in F1.

What are the differences between the McLaren MCL35 and MCL34?

Yamazaki Mazak has been a partner of the team since 1999

The one you've been waiting for - car launch