Your guide to Daytona 24's ROAR

Swot up on timings for this weekend's practice sessions

Your guide to Daytona 24's ROAR

Swot up on timings for this weekend's practice sessions

For many of us, January is a month of post-Christmas blues. It’s when we (half-heartedly) resolve to refrain from excess, and – amid the grey mornings and rainy days – determine some kind of shape and form for ourselves over the long year ahead.

By most accounts, January isn’t a month in which to go racing.

Not, unless, you’re taking part in the Daytona 24 Hours, the first ‘big’ international road racing event of the year.

For more than 50 years, the classic Florida enduro has kickstarted the US racing calendar – Bruce McLaren himself has contested the event – and the on-track action begins this weekend, with a three-day test ahead of the big race, on January 27 - 28.

Dubbed the ‘ROAR’, it’s a final opportunity for teams and drivers to initiate themselves with the demanding Daytona International Speedway, a banked tai-oval which uses an additional infield section for the 24 Hours.

In 2018, McLaren’s interest in the race will be more acute than ever: both Fernando Alonso and test and reserve driver Lando Norris are racing in the 24, driving alongside Phil Hanson in a United Autosport Ligier JS P217.

While both McLaren drivers have tested the United car independently, this weekend will be their first opportunity to run together, and their first experience of Daytona’s steep banking. 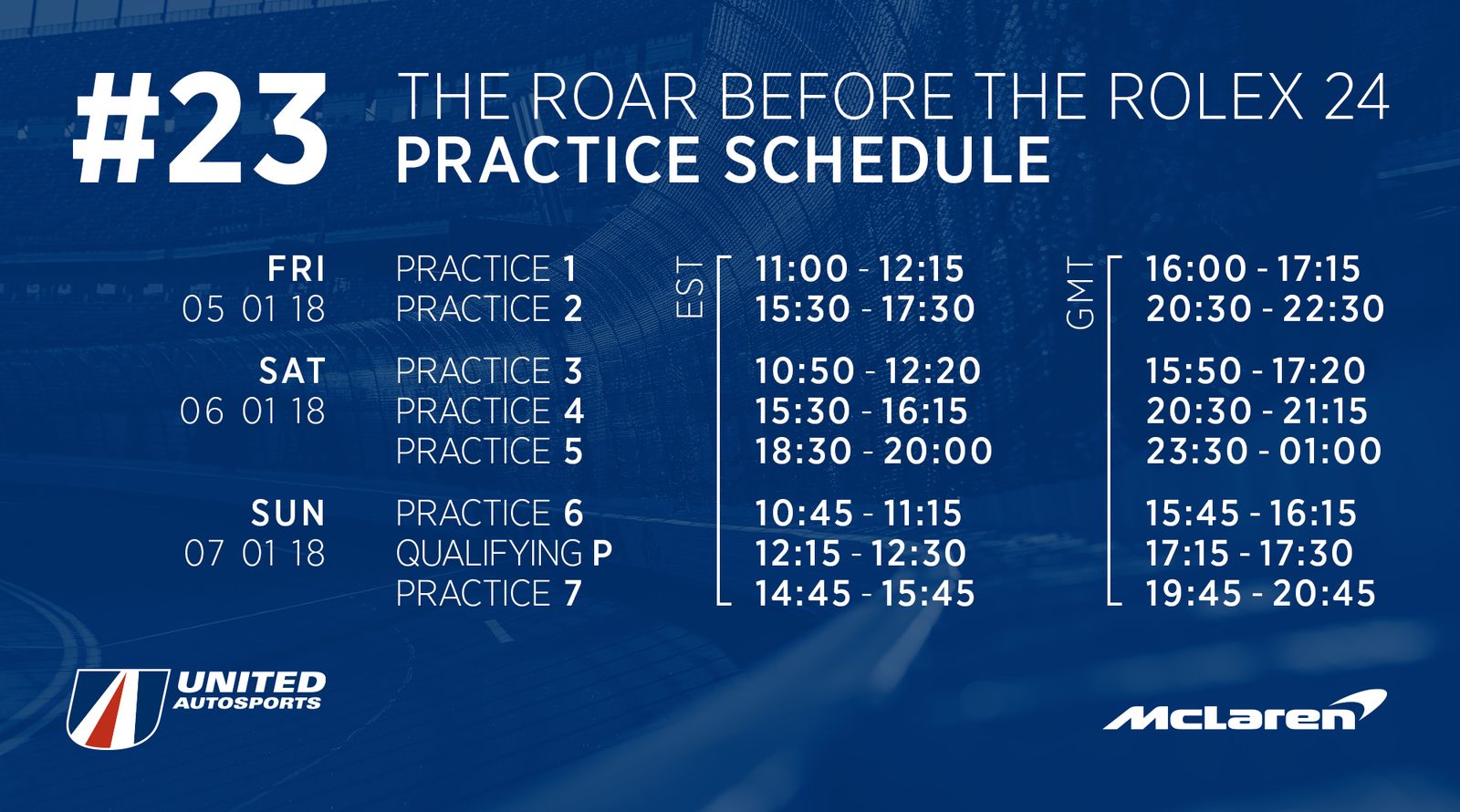 “I’ve always wanted to challenge myself in other categories of motorsport,” said Fernando, who’ll tick a second grandee US motor race off his bucket-list in less than 12 months when he competes at Daytona. “This is what you need to do to become a better driver. Going out of my comfort zone by taking part in such an iconic race is just amazing.

“At the test we had in Spain in November, everyone made me feel extremely welcome and part of the family. I’m happy to be spending more time with the team and my team-mates at the ROAR. In the last couple of months, I’ve been spending time watching several Daytona 24 Hours, which made me even keener to go out there and try myself.”

Lando has made no secret of his desire to take the fight to his team-mates, even if he’ll be working with them rather than against them.

“I’m really looking forward to being back in a car after a bit of a break,” he said. “It’ll be my first ever time in America, so it’ll be a new experience for me. It will be good to prepare properly with United and my team-mates for the 24-hour race and really get to grips with the car and the track. We can start putting everything together as one team so we can try and maximise the test days we have going into Daytona.”

There are two practice sessions during the day on Friday, with a further three on Saturday, including one which runs until 8pm in the evening, giving drivers the opportunity to sample driving under floodlights. There are two practice sessions on Sunday, with a short lunchtime qualifying session for each category to determine the position of each team’s pit-box, which plays a strategic advantage during such a long race.

The event will be streamed live via IMSA.com, IMSA’s Mobile App and RadioLeMans.com.

Fernando to race at Daytona