Our longest serving employee worked with Bruce himself

Our longest serving employee worked with Bruce himself

Surrounded by the thousands of people going about their business in the glass and steel edifice of the McLaren Technology Campus, it’s hard to imagine the team in its earliest incarnation – when a handful of quick-witted and hard-working individuals came together in a tiny shed in New Malden.

One man who does remember those days is Ray ‘Tex’ Rowe – the company’s longest serving employee and our closest link to the days when Bruce McLaren not only designed and drove the cars, but also swept the floor!

Indeed, Ray, who now works two days a week in McLaren Racing’s gearbox shop, celebrated his 50th year with McLaren, having become one of Bruce McLaren Motor Racing Ltd’s earliest employees when he crossed the threshold for the first time on April 1st 1965. 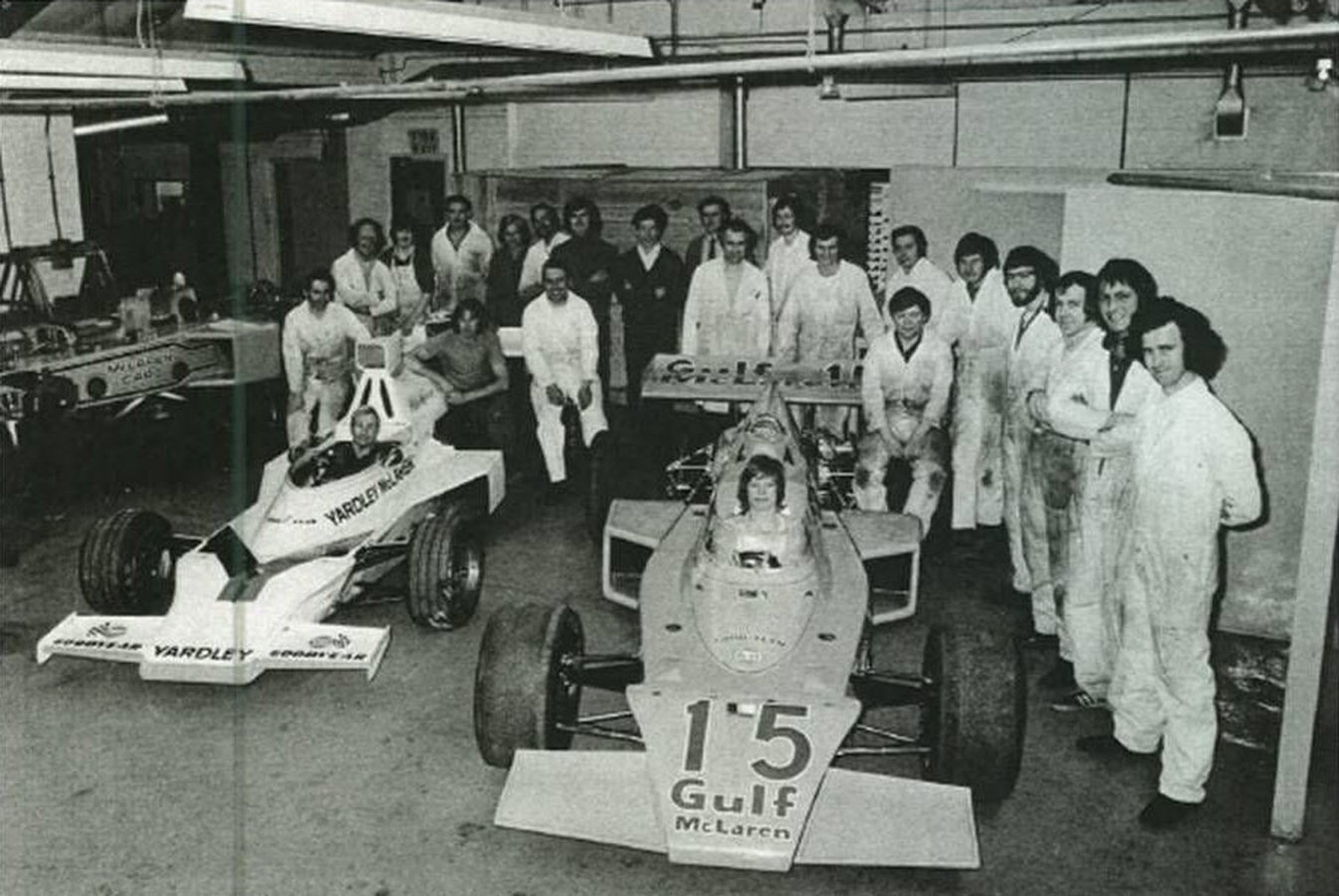 Back then, McLaren was yet to build its first Formula 1 car, and its construction – ahead of its grand prix debut in 1966 – immediately became one of young Ray’s priorities.

“I can still remember my first day at McLaren,” he recalls. “We were getting ready for Formula 1, and building our first grand prix car. That was our main project: the chassis started off as a test car, and was all done in secret, and was still in the preparatory stages when I went there. Robin Herd was the chief designer, and Eddie Strait had joined us from Cooper – he was in the drawing office.

“I worked on the milling machine while we were preparing the prototype. I remember Bruce coming up with a new design for the brake calipers, and I had to make some modifications, making them wider so they fitted the discs.

“Those garagiste days were my favourite time with the team – we all worked together in one unit, and we had to do everything. It’s not like today, where everything is more specialised.

Ray also has fond memories of McLaren’s ultra-dominant period in the 1980s, although still has one reservation: “In 1981, we had a chap called de Cesaris – and he was smashing things up left, right and centre! He did cause us a fair bit of aggro, yeah…”

Perhaps the toughest moment for the young workforce came in the summer of 1970, when Bruce lost his life in a testing crash at Goodwood. For many, it was unthinkable that the team could continue without its lynchpin, but Ray recalls the grim stoicism that held the team together during those darkest of days.

“Bruce just knew how it all worked; he was able to try different things with the cars because he knew from driving them what the changes were doing. There’s still no substitute for feel – and a computer can’t give you that sensation. 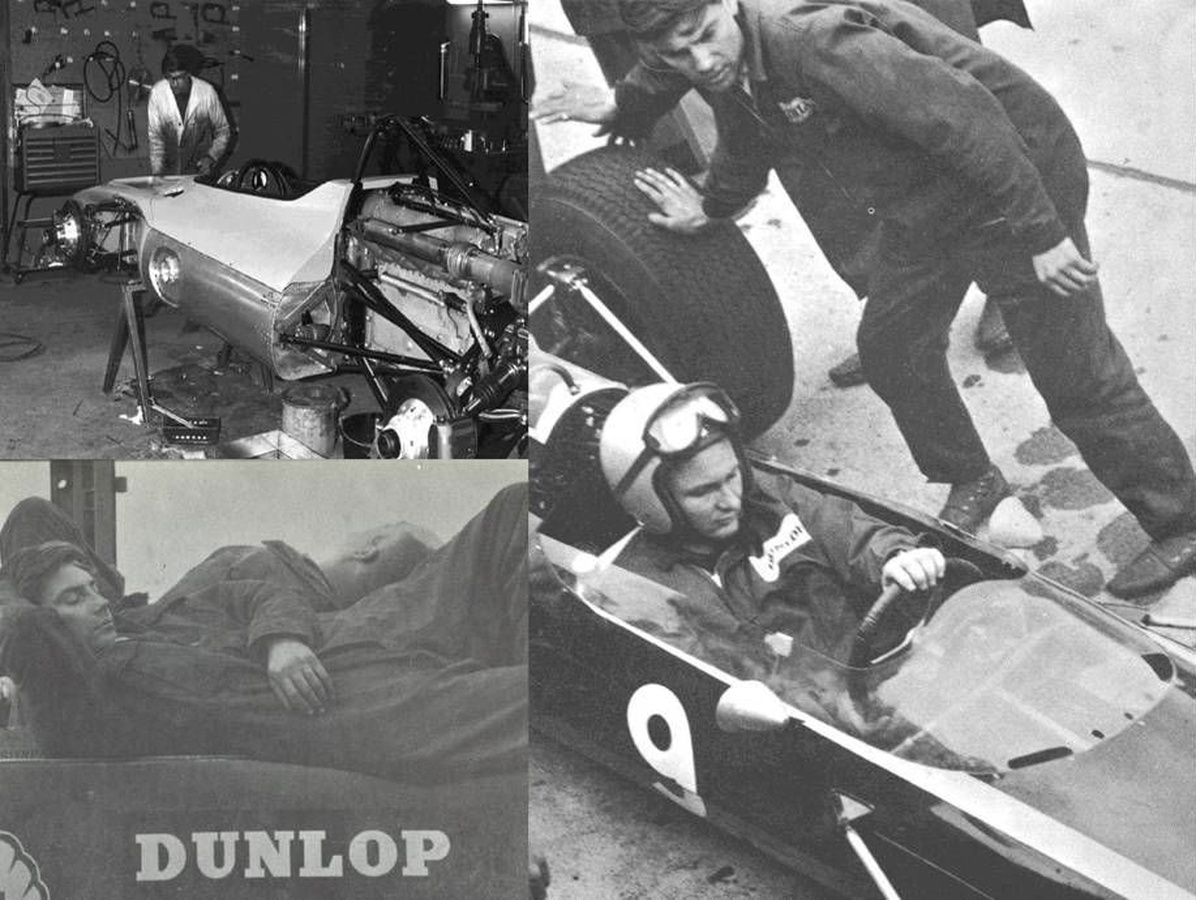 “When Bruce died, I don’t think there was even a question mark – nobody mentioned anything, we just carried on. We knew that Denny – who’d had an accident at Indy – was in a bad way, but I don't think he even mentioned anything, either. We didn’t have to talk about it – we just kept at it and came through.”

Perhaps most incredibly, Ray reckons that he’s barely had time to look back over the past 50 years because he’s just been too busy to get a chance for any true reflection:

“I’ve done a 100-hour week before,” he smiles. “And you don’t want to do one of those too often! But I’ve never thought about the past until now, really. You’re so busy looking at the next bit – you’re always occupied. I’ve been very busy for my whole time here.”

Finally, when asked for a few words of wisdom for any new starters looking to potentially start a half-century career (!) at McLaren, he reminds us that, despite 50 years of progress, the company’s outlook remains remarkably similar to the day it first began:

“This company is unique – and always has been,” he says proudly. “It requires good management to keep everybody working together; but, most importantly, it relies completely on the individual – it’s the people, and their attitude to working together, that keeps this company going.”